The Story Behind the Backroads Norway Video

As I traveled from San Francisco to Norway's remote Lofoten Islands, I found myself on a series of airplanes that grew smaller with each new leg of the journey, culminating with a small rumbling prop plane that held no more than a dozen or so people, dropping from above the clouds into a scenic wonderland unlike any I had ever seen. On assignment for Backroads to capture film footage of our Norway trips, it was the fulfillment of a dream I'd harbored for over a decade. The first time I glimpsed the magnificent fjords of Norway was on a movie screen, over a decade ago as I was a college student in Siena Italy and watching an epic Italian film called The Best of Youth. The movie follows the life stories of two brothers, one of whom travels to the remote corners of Norway, and I remember being mesmerized by the landscape - the impossibly beautiful mountains leaping up from the narrow channels of water where ferry boats slowly motored beneath the low-hanging clouds. It made an impression on me that I could never quite shake, and it remained in the back of my mind as a place I would one day go, whatever it took to get there. 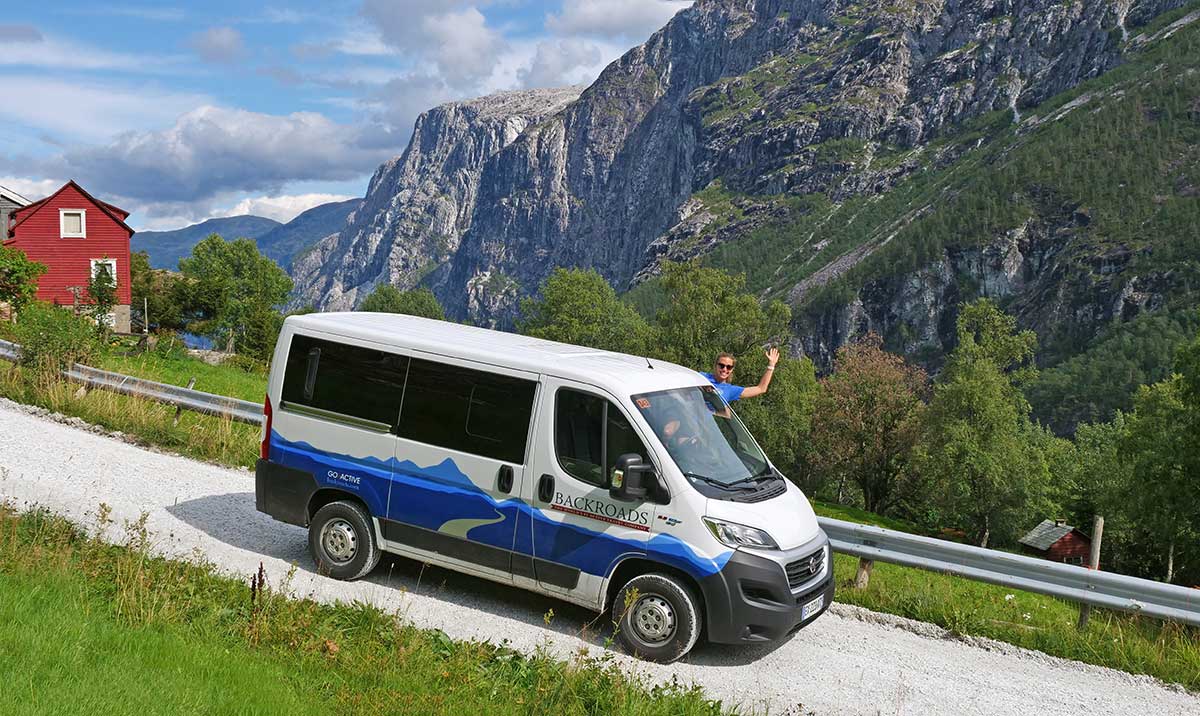 Flash forward nearly a dozen years and I found myself leading trips for Backroads in Italy, Switzerland and California, and occasionally filming trips as well (like Patagonia!). So, when I was given the opportunity to pick the location of my next destination, there was just one place that stood at the top of the list: Norway. My first task was to film our Norway Walking & Hiking Trip, a trip that tends to fly under the radar a bit, often overlooked in favor of its more popular cousin, Iceland. But times are changing, and the same pull that has drawn people to the raw, rugged, wide-open landscapes of Iceland has begun to illuminate similar and equally beautiful corners of Norway. This is a land where icefields flow over the horizon far beyond where the eye can see, mountain peaks disappear into puffs of clouds and tiny fishing villages appear as if lost in time. My second task was to film our new Lofoten Islands Walking & Hiking Trip. To be honest, I hadn't even heard of the Lofoten Islands until I saw it on the list of our brand new trips. The first time I googled it, my jaw hit the floor. How was this place so undiscovered? A series of islands reaching far out into the Norwegian sea, connected by a network of bridges, winding narrow roads, tunnels, fjords, towering mountain peaks and one picturesque fishing community after another, with their humble red houses looking so striking against a backdrop of green hillsides and blue sea. 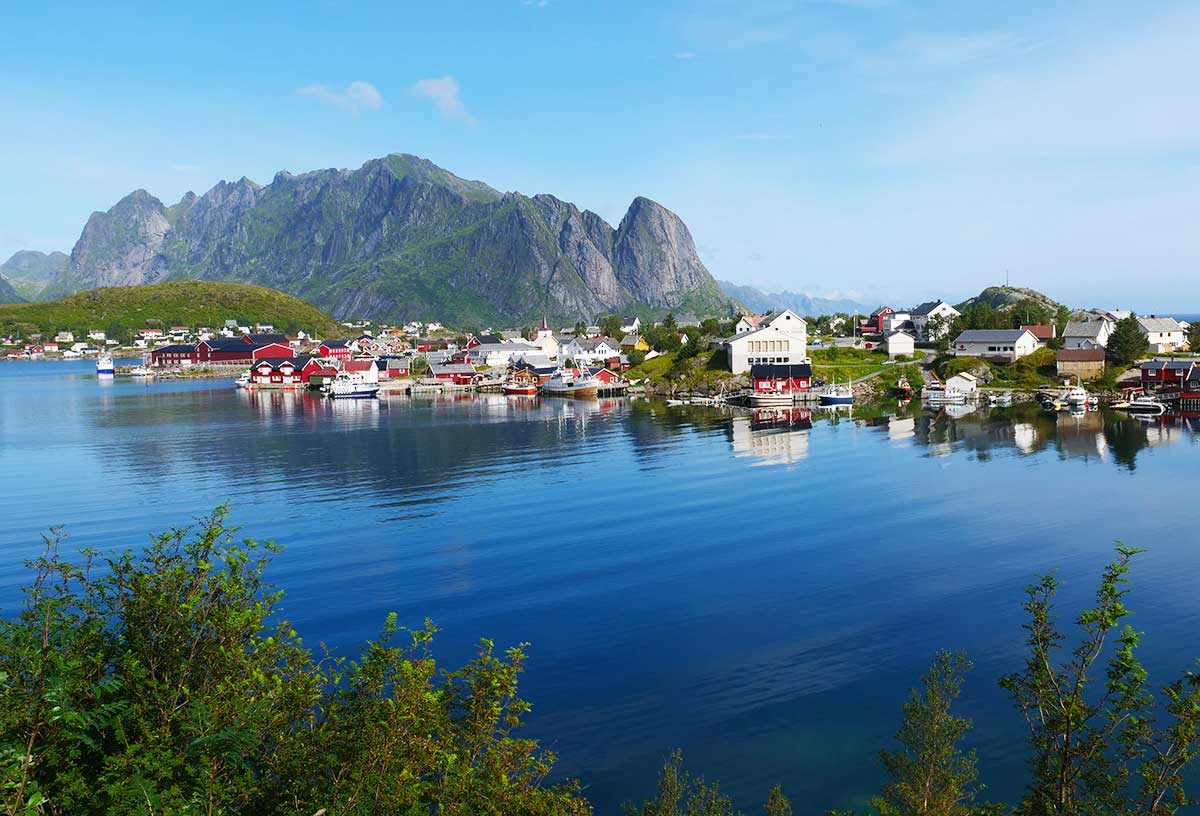 For two weeks I was able to experience a landscape that felt timeless and utterly magnificent. We stayed in historic hotels (like the Kviknes Hotel in Balestrand where Kaiser Wilhelm II was a guest when he received word that World War I had begun), we strapped on crampons and walked atop glaciers, we boarded ferries and cruised through narrow fjords from one small seaside town to the next. We hiked high up into the mountains past waterfalls, picking wild raspberries along the way, until we found ourselves standing beside glaciers and looking out over deep fjords in the distance. We walked through old churches build entirely of wood and beside ancient Viking burial grounds. We toured historic farms and logging communities hardly changed from many centuries ago. It drizzled, it rained, it got sunny and warm, then drizzled some more. At first I was worried about the video footage appearing too gloomy, but as I reviewed it each night, I happily discovered that the camera was capturing Norway in its most beautiful and natural self - dramatic, raw and vivid. Too much sunshine wouldn't have felt right. This was perfect. 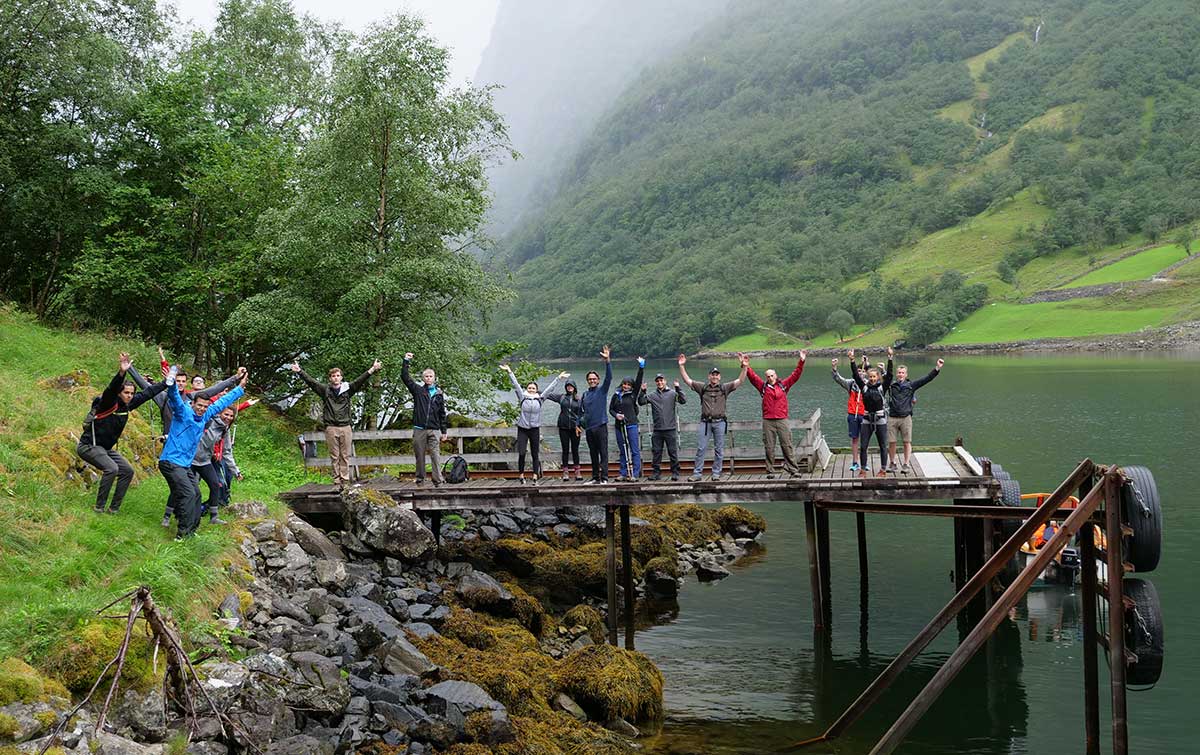 The Backroads guests were kind enough to tolerate my running back and forth on the trail, trying to capture everything at once: every waterfall, every wooden bridge, every wildflower and ferry boat passing by. I pulled several of the guests aside and asked them to share with me their impressions of Norway and the Backroads trip. I think Al's quote near the end of the video--entirely unprompted by me--really captured the true essence of our experience. "Norway is a remarkable country...it makes you realize how beautiful and moving nature can be..." I love every shot in this video (it was hard to choose which clips to include among all the hundreds!) but I do have a handful of favorites. The shot at 0:28 was taken from a drone looking down on the town of Reine, where we spend two nights on the Lofoten Islands Trip. An absolutely stunning place! I also love the perspective of the tiny line of Backroads hikers on the glacier at 0:50, appearing as just ants on a massive ice field. And I really love the shot at 1:19 of our group standing motionless on the dock as we waited for our ferry to arrive. It was a spontaneous shot; I just said "Hey guys, since we're standing here, everyone freeze and hold very still." Then I walked through the group and, in just one take, presto! 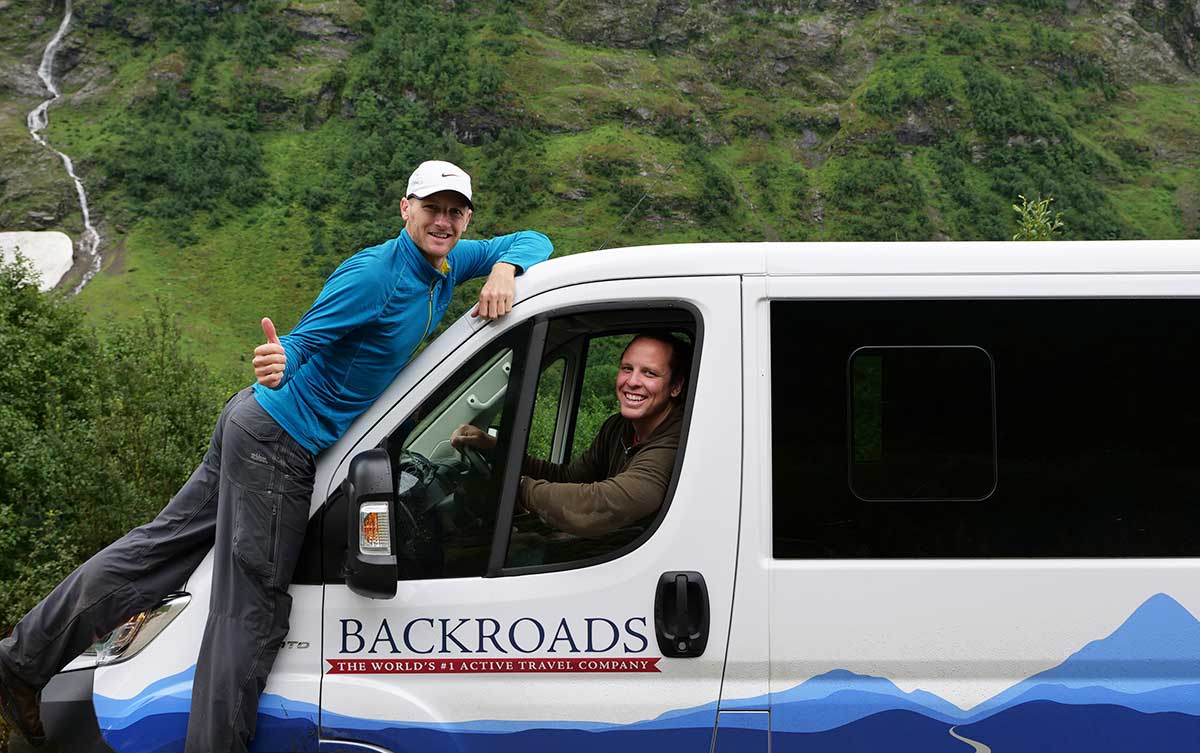 I wish I could have captured more. The kindness of every local we encountered along the way. The humor and laughter we shared as a group. The solidarity as we propped our damp shoes by the fireplace and enjoyed a fine meal together. Despite all my high hopes and the years of dreaming of coming here, Norway still managed to exceed my expectations. I hope you enjoy the video, I hope it conveys the overwhelming beauty of this special corner of Scandinavia, and I hope it ignites a desire to come experience Norway on one of our four incredible Backroads trips here. Hope to see you soon!