Finding my "home" away from home in Norway. 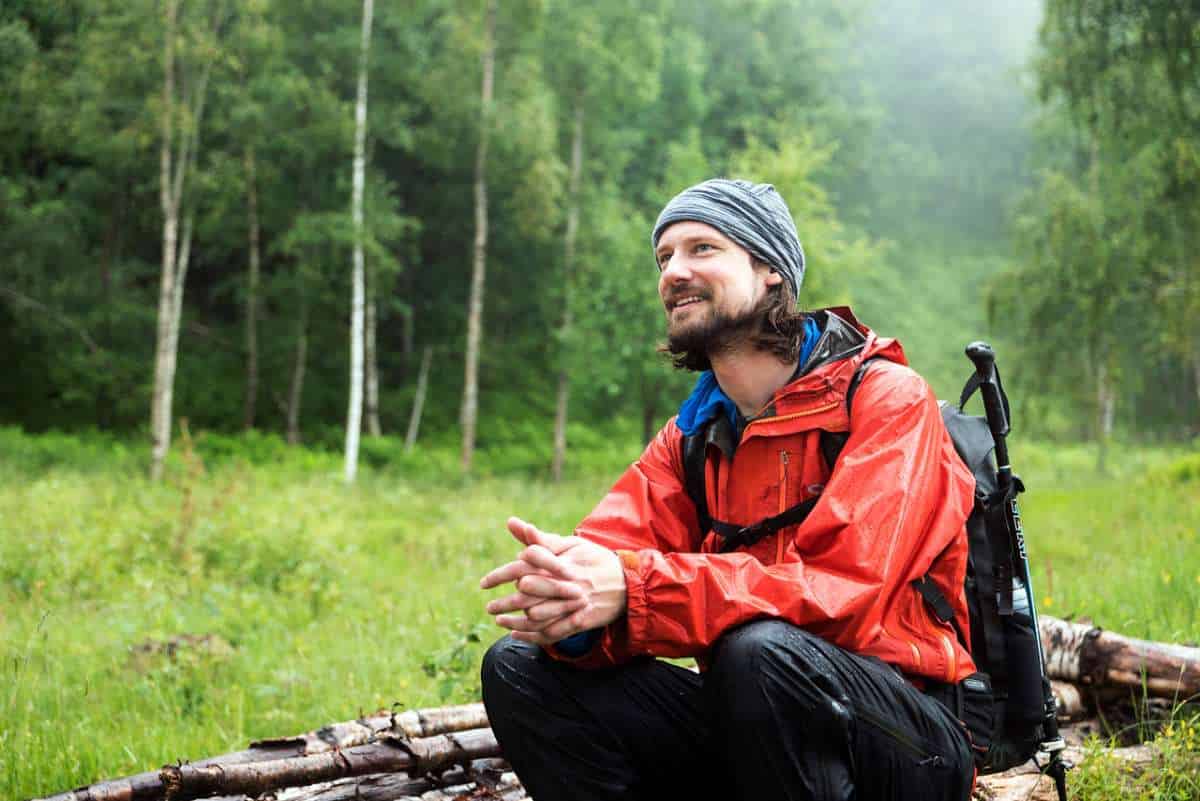 One of the reasons I joined Backroads as a Trip Leader a decade ago was because it was one of the only active travel companies that had trips in Norway. Another reason was to get away from my home in Seattle for a while and see the world. Growing up, my father always loved studying our family genealogy and especially our Norwegian roots. He and my mother had visited Norway in search of family roots on their European travels back in the 1970s, when they were first married. So Norway was an obvious choice for a family trip abroad, back in 1998. On that trip we followed the family tree down to the roots but could only find the small valley our family had come from. Nothing much came from the trip other than a deep feeling of connection for myself and a little more context for our family heritage. The story goes that my ancestral family had moved around Norway several times. For the two years before they immigrated to the United States, they had moved to an area called Seim. Traditionally Norwegians took the name of where they lived as their last name. The reason for leaving was that my great-great-great-grandfather had died "due to the effects of saving a drowning man" (that's what was listed in the regional records) and the family could no longer survive living among the stones and fjords of western Norway. 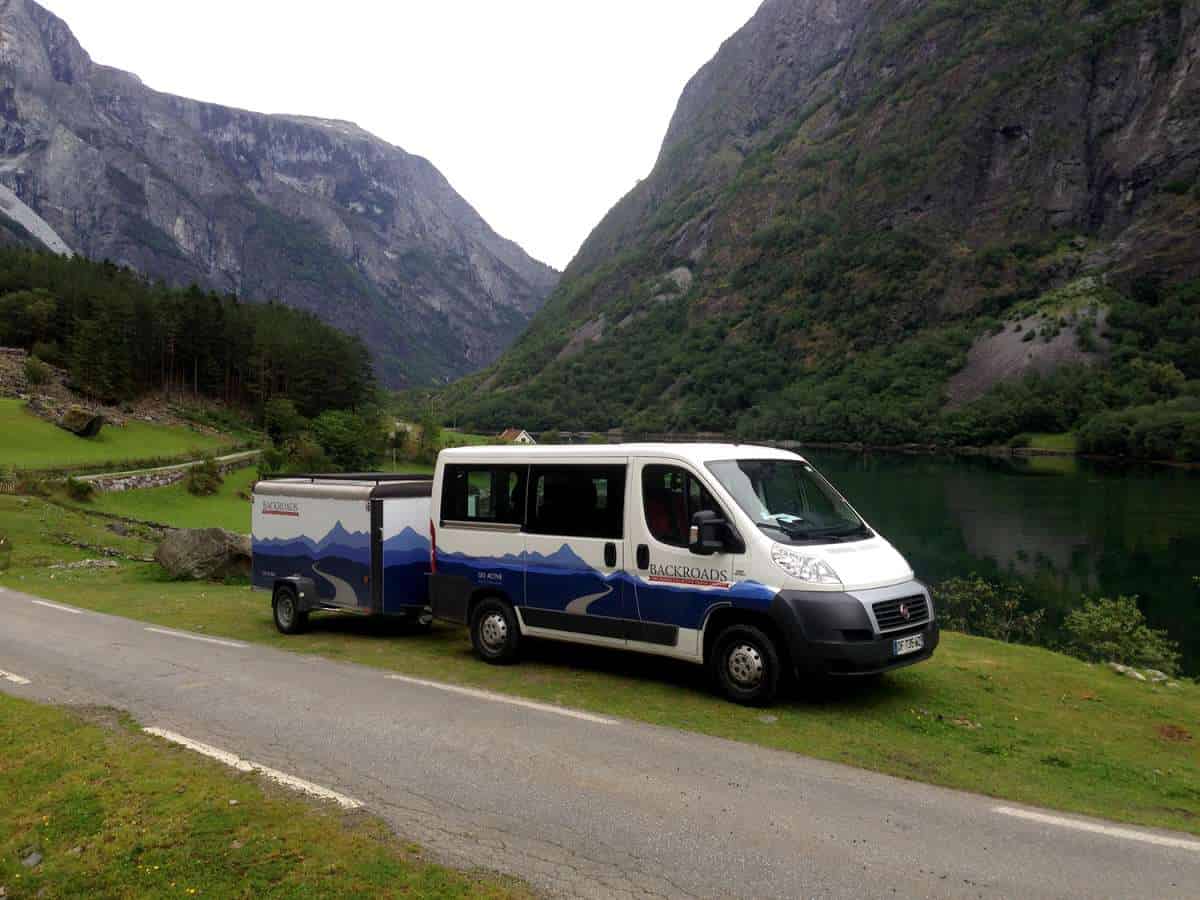 Eighteen years and nine trips to Norway later, I found myself leading Backroads hiking trips in Norway again. The itinerary starts in Voss (you know, where that REALLY expensive bottled water comes from)--coincidentally only 20 minutes from the small valley where my family's Norwegian ancestors came from. So when I was there last, a taxi driver in Voss said he knew a man with my last name. Maybe we were related? Unconvinced and skeptical, I followed up anyway. It turns out that we were distantly related. This man introduced me to another, older distant relative, Torbjørn.

After ten years of leading trips and countless days sharing my passion for the deep green and cool mist of Norway, I see why I feel such a connection to the place... 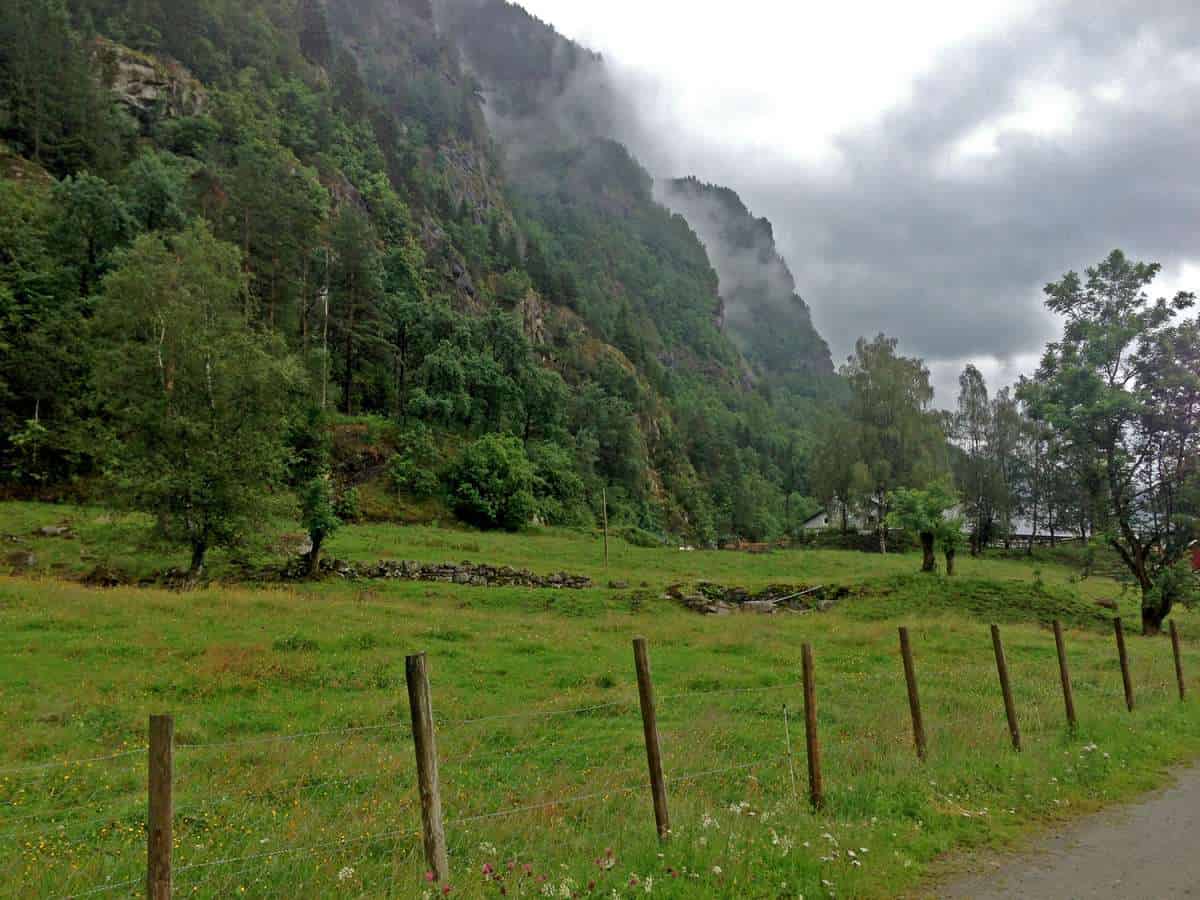 A few days later, I met Torbjørn at his farm. He welcomed me at the end of the driveway and immediately turned and starting walking down the farm road. He told me about my ancestors, where they met, the places they had lived, and how poor they were. They were "husmann" (think tenant farmers) who had two sheep and grew one ton of potatoes annually, he explained. He stopped and pointed out the plot where my family had lived before they moved to the new world in the 1870s. The plot was set between a stream and the large cliff where a beautiful waterfall poured down from the heights. An idyllic setting if you have the modern comforts we do today. Before going back to the house for coffee and waffles with homemade strawberry jam, we stopped at the barn. Torbjørn said he had something to show me. He opened the door and pointed me inside toward the shadowed interior while he stood outside. 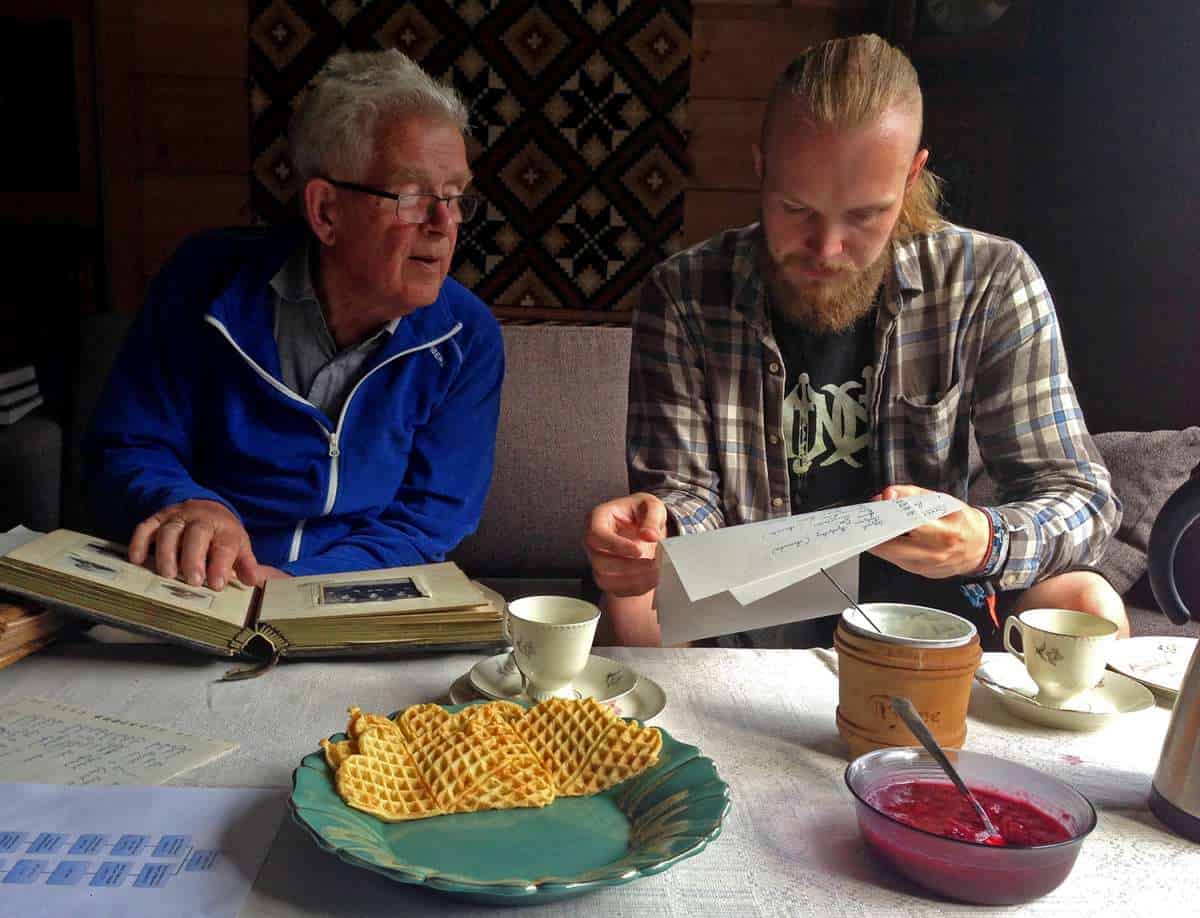 Inside the barn was a tattered, painted wooden chest from 1846 with my great-great-great-grandfather's name inscribed on the front. This was my direct ancestor's marriage chest from six generations prior! It's the kind of thing that would be passed down through generations if the man it belonged to had lived long enough to emigrate with his family. 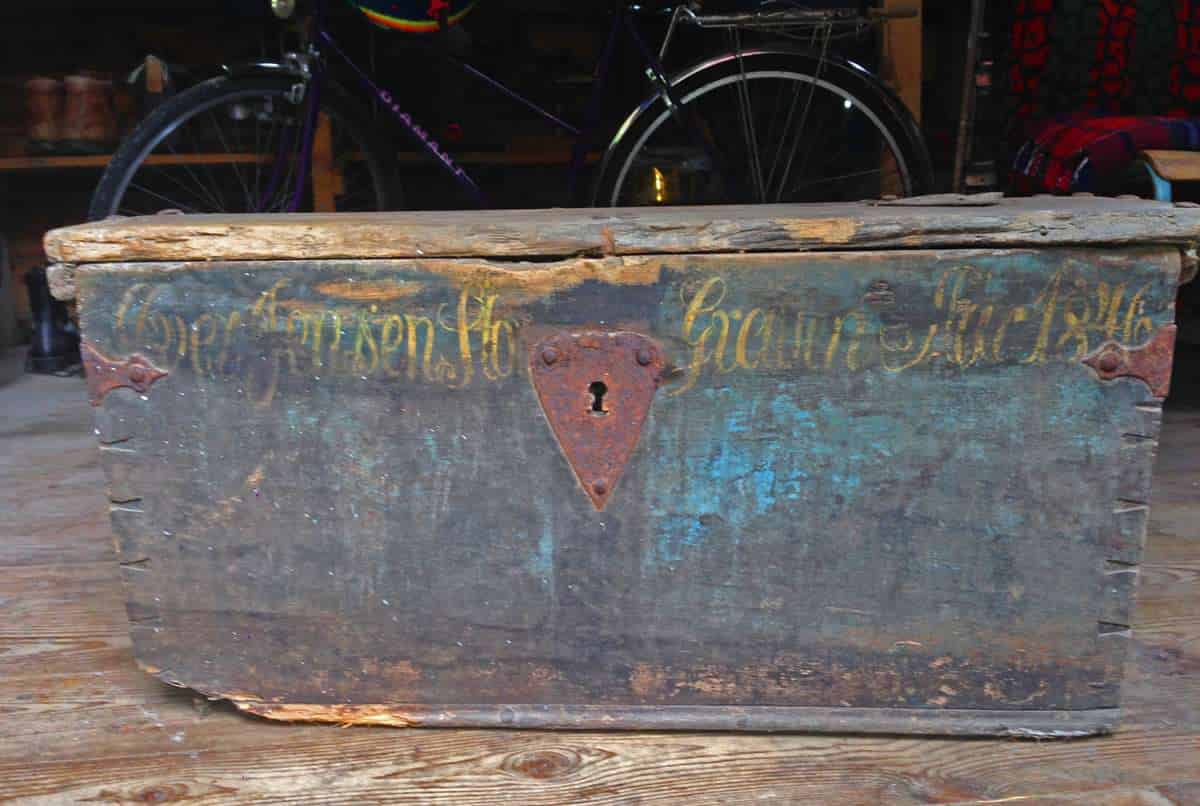 Torbjørn, aged 88 years old and living on this farm by himself, had no use for such a chest. He asked if I would like to have it. That's right, he gave it to me! After 30 years of searching by my father and my own nine trips to Norway, it was finally a taxi driver on a Backroads trip that got me connected to my family origins. You never know what kind of things will happen on these trips! It funny to think that I first started working for Backroads to get away from home. And through leading trips for Backroads, it led me to my "home." After ten years of leading trips and countless days sharing my passion for the deep green and cool mist of Norway, I see why I feel such a connection to the place... and it's not just because I'm from Seattle.