Backroads is the leader in active travel. Since 1979, we’ve been doing what we do best: taking people on unforgettable Biking, Walking & Hiking and Multi-Adventure Trips around the world. What sets us apart? Our thoughtful, meticulous trip design. Our elegant hotels and world-class dining. And our Trip Leaders, who are consistently described by our guests as the best guides they’ve ever had. Backroads sets the benchmark for incredible active vacations worldwide. Never subcontracted, in more than 50 countries and with more dates to choose from than any other company. That’s the Backroads standard.

Learn more about the Backroads Difference 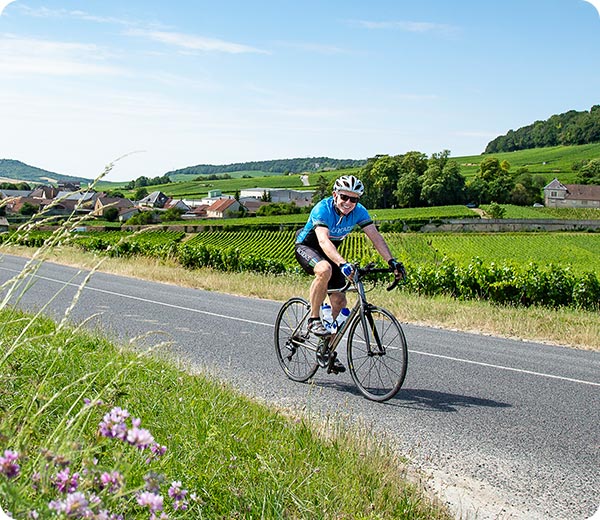 It was the back roads that first attracted him, as a competitive runner at Campolindo High School (where he still holds the two-mile record at 8:57.2) and at the University of Oregon, where he was a teammate of legendary runner Steve Prefontaine. With a Masters in Environmental Planning from UCLA, Hale was six months into an environmental planning position in Las Vegas when the back roads called again—big time.

A middle-of-the-night inspiration to start a bike touring company motivated him to pedal 5,000 miles alone through the West, all the while formulating plans for his new business. Settling in Berkeley, Hale washed fondue pots by night and built his fledgling travel company by day. In true entrepreneurial fashion, he did it all—designed the itineraries, maintained the bikes, led the trips, produced the catalog. His first trip—a bike tour of Death Valley—attracted four guests (one of them his mother). Fast-forward to 2022 and over 40 years of nearly consistent growth.

The Joy of Exploring Actively

Backroads hosts thousands of guests on Biking, Walking & Hiking and Multi-Adventure Trips around the world each year. We set the standard for on-trip support. Our multiple leaders and vans give you flexibility every day. From easygoing to avid—all activity levels are welcome. The joy of exploring new landscapes under your own power, the moments of shared discovery and the satisfaction of celebrating it all with an icy gelato in the next piazza—all at your own pace, with no obligation to slow down or keep up with anyone else. We’ve been exploring the world’s wild trails and ancient footpaths for over thirty years. Hitting the trail with your fellow travelers is exhilarating, immersive and simply fun—and the support of multiple leaders guarantees you can always go at your perfect pace. The Best of All Worlds

Join us as we bike, hike, paddle and so much more on these active and culturally rich adventures, expertly planned to highlight the unique character of your destination. Experience a region from different angles, discovering exhilarating activities and immersing yourself in its culture and landscapes. 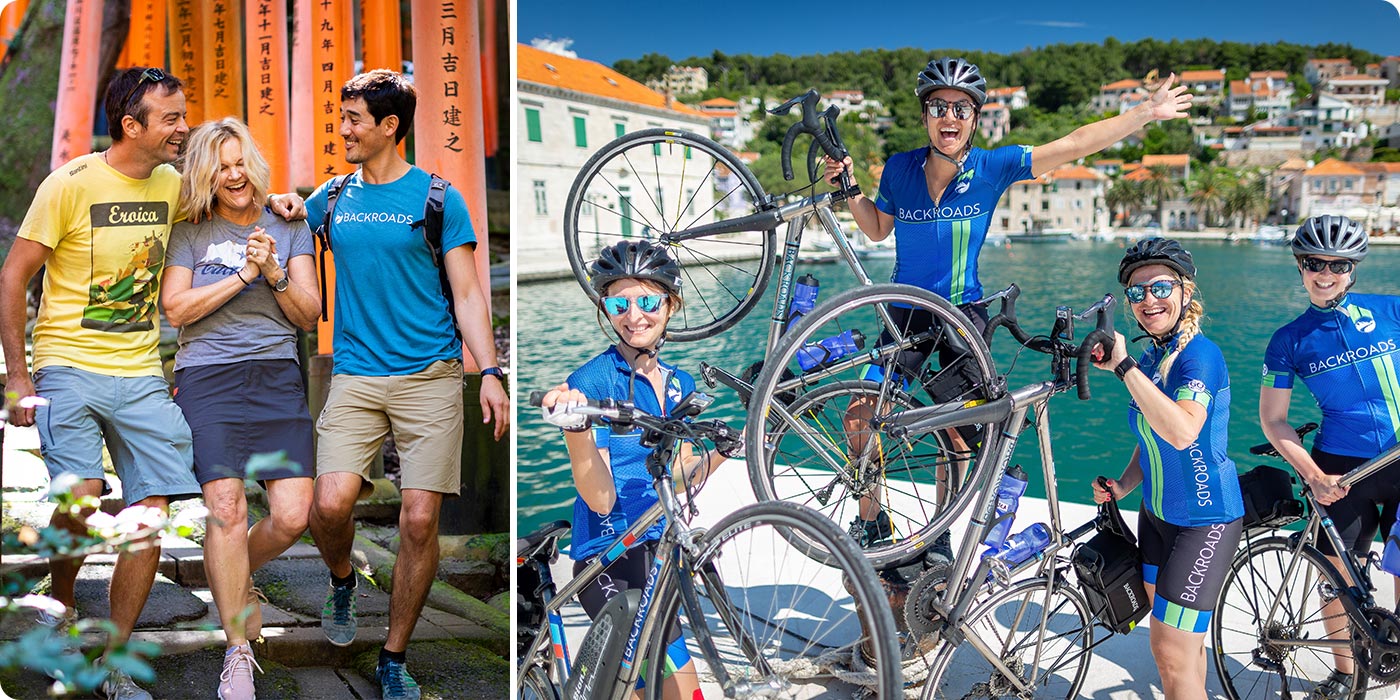 Backroads travelers tell us we have the best leaders in the world, giving them an overall 98% approval rating along with words of praise that are the envy of other active travel companies. See for yourself how this most carefully cultivated global workforce in the world of travel defines the quality of your trip experience.

Learn More About Our Leaders

Active Tours Around the World

Choose from hundreds of itineraries that showcase the best lodging, dining, cultural attractions—and of course back roads—in destinations from California's Wine Country to classic settings in France, from the pampas of Patagonia to the hill country of Thailand.

Adventures Are Better Together

Over more than four decades, we’ve built a community around our love of active travel. That’s why our trips are so special: because of the people you share them with. Our group sizes are small enough to deliver the personalized support you need, and large enough to keep the conversations interesting. And with unique trip types thoughtfully tailored to different travelers, your adventure will feel like it was designed just for you—because it was. 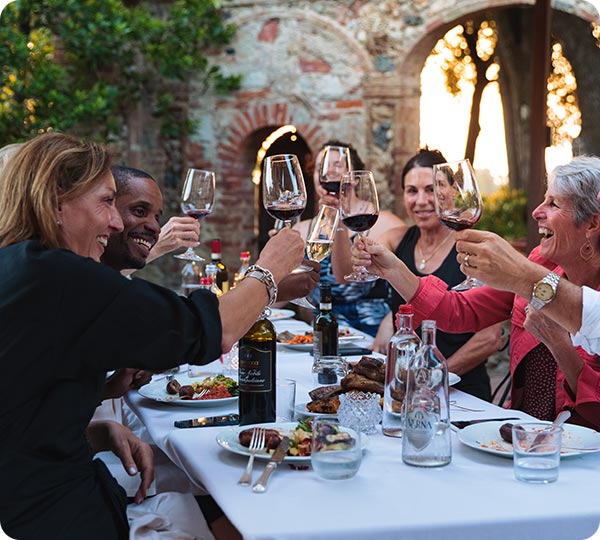 Enjoy enormous flexibility on our small group trips. Discover the world and savor the fun-loving company of your fellow Backroads travelers with as much or as little camaraderie as you like. 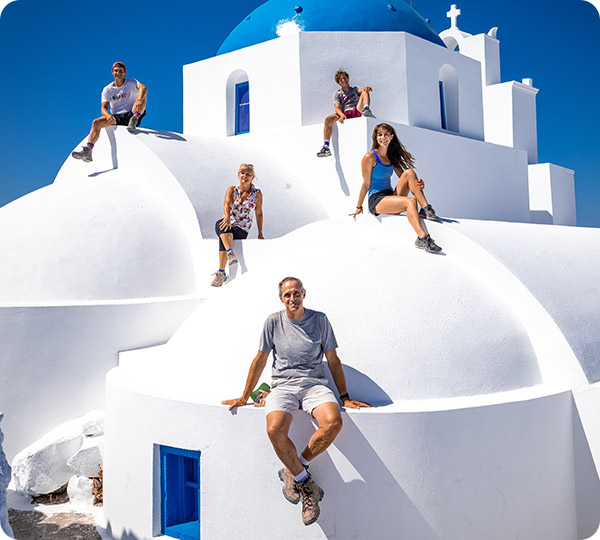 Only Backroads offers different Family Trips specifically designed for three distinct age groups, so that kids and adults alike can enjoy the company of their peers. 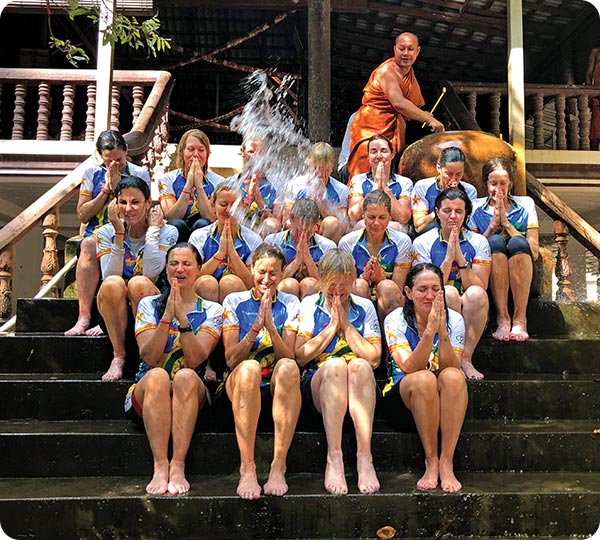 Whether you're traveling with friends, family or colleagues, out Private Trips are a great way to see the world. You get the same amazing Backroads itineraries—continually refined and improved for four decades—enjoyed with traveling companions of your choosing. Book early for best availability.

Backroads has been taking responsible travel seriously since our first trip in 1979. After all, traveling on two feet or two wheels is the ultimate minimal-impact approach to travel.

We support non-profits in the communities where our guests live by donating trips as fundraisers. We've donated a total of over one million dollars to many worthwhile causes.

Wondering how Backroads began? Curious how many countries we visit? Looking for the latest press information? You've come to the right place.

Backroads is staffed by some 192 people in its Berkeley headquarters and regional offices in Utah, Canada and France, and also employs more than 800 Trip Leaders worldwide.