Castles and green rolling hills are just a few distinct characteristics of French wine regions, and these lend a romantic ambience to some of the world’s best viticulture. Along with Italy, France is one of the world’s top two wine producers. Netting more than seven billion bottles annually, France is the source of many popular grape varieties, including Syrah, Cabernet Sauvignon, Pinot noir, Sauvignon Blanc and Chardonnay.

Wine in France began to flourish when the Greeks founded Marseille in the sixth century BC. Over more than two thousand years, viticulture expanded and became a crucial part of French culture and civilization. The two world wars and subsequent economic downturn left France’s wine industry desolate, leading to the establishment of the appellation d'origine contrôlée, the government-run certification system for wines, cheeses and other agricultural products.

With one of the oldest systems for protected designation of origin (PDO) for wine, France’s strict winemaking laws and production requirements have led to a much-deserved reputation for quality. Today, nearly all popular wine styles—from reds and whites to sparkling and fortified wines—are produced in France. Wines like Merlot, Cabernet Sauvignon and Chardonnay are all popular in France. Unlike Italy and the United States, however, wines in France are categorized by their appellations instead of their grape varieties. Below are some of the distinct wines that can be found throughout the country:

Bordeaux
Primarily red, Bordeaux is made from a blend of grapes from France’s Bordeaux region. Most Bordeaux wines are a blend of Merlot and Cabernet Sauvignon.

Burgundy
Though Pinot Noir can be found in several French regions, it’s primarily associated with the Burgundy region. Red Burgundy wines are made entirely from Pinot Noir grapes and are coveted primarily for their terroir.

Côte-Rôtie
This appellation is in the Rhone region. Syrah and Viognier are the two most common grape varieties of the Côte-Rôtie, which are known for their distinct aromas.

Chinon
Chinon wines are from a small town in the Loire Valley and are made from Cabernet Franc and Cabernet Sauvignon. Made to go well with food, Chinons are generally light to medium bodied.

Bourgueil
Also made in the Loire Valley, Bourgueil appellation wines are primarily made of Cabernet Franc, but up to 10 percent of the wine made is from Cabernet Sauvignon grapes.

Champagne
The most famous sparkling white wine, Champagne is known for its tartness and exclusivity. It’s named after the region it comes from and the appellation under which it’s sold.

Syrah
A key ingredient in many blends, Syrah is grown primarily throughout the Rhone region and is the most widely planted red grape in France.

Grenache
Commonly associated with the Rhone Valley, Grenache is also grown in the Languedoc-Roussillon region, where it’s largely used in blends.

Chardonnay
The second-most widely planted grape variety, Chardonnay is one of France’s most famous wines, and it can be found in a number of wine regions, including Burgundy, the Loire Valley, Jura and Languedoc.

While a handful of French wine regions have earned the country international recognition, nearly every French region is home to vineyards and some form of commercial wine production. With a long-standing history of viticulture, France offers such diversity of wines largely thanks to its wide range of climates and terrains. The importance of terroir in French winemaking is no secret, and this plays a significant role in the labeling process.

Bordeaux
One of the country’s three most famous wine regions, Bordeaux is known for its castles, moderate climate and rare wine varieties. The wines produced here are a blend of grape varieties, including Merlot, Cabernet Sauvignon, Cabernet Franc, Petit Verdot and Malbec. While the area is primarily known for its reds, some white blends are produced in Bordeaux as well.

Burgundy
Despite its small size, Burgundy, or “Borgogne,” maintains its reputation as one of France’s most popular wine regions, producing some of the country’s most coveted (and expensive) wine. Most of the region’s production is focused on Pinot Noir and Chardonnay for its Bourgogne Rouge and Bourgogne Blanc varieties.

Champagne
The Champagne region is most known for producing its signature wine: Champagne. This white, sparkling variety is made from Pinot Noir, Pinot Meunier and Chardonnay grapes, and it’s born from a specific bottle fermentation technique.

Loire Valley
This region, which is known for its aesthetic beauty and quality wines, is also a recognized UNESCO World Heritage Site. The Loire Valley specializes in producing white wines, many of which are produced along the river. Loire wines are known for their high acidity, and they range from Chenin Blanc to Sauvignon Blanc to Pinot Gris.

Côtes du Rhone
The Rhone Valley region in Southern France is known for its Syrah production, as well as white wines from the Marsanne, Viognier and Roussanne grapes. The Rhone is broken up into a number of subregions and appellations, and distinct differences exist between its northern and southern half. While northern Rhone wines are known for being bold and tannic, southern Rhone wines are generally red blends with warmer, fruity flavors.

Alsace
Located along the German border and boasting Strasbourg as its capital, Alsace is one of the more unique wine regions of France. Ultimately known for its dry Riesling, Alsatian wine is generally floral and acidic. Pinot Blanc, Pinot Gris, Gewurztraminer and Crémant d’Alsace (a newer sparkling wine) are also produced in this region.

Languedoc
The world’s largest wine-producing region, Languedoc has approximately 700,000 vined acres and is responsible for more than a third of the country’s wine production. The region is known primarily for its reds and red blends, with many of the appellations undergoing considerable changes. Merlot, Cabernet Sauvignon and Sauvignon Blanc are all grown in Languedoc, as well as Rhone grapes, such as Viognier and Grenache.

Because of terroir’s significance, you won’t often find the grape name on a French wine label but the place of origin instead. This can often be a major barrier for Americans who are used to seeing the varietal labels on their wine. Since most French wines are largely available in the United States, try starting with a varietal or region you know you like, and then simply learn as you go! French wines are often described as earthy and less fruit forward than some of their global counterparts. In addition to regional differences, French wines are also broken down into subregions, which play a large part in the unique character of each wine. It’s also important to understand cru, which references the estate, village or vineyard where the wine was produced. Wine enthusiasts often look for “grand cru,” which designates the highest quality in the region. “Premier cru,” “grand vin” and “reserve” follow. In addition to France’s many wine cellars, numerous wine fairs are held in Paris. These give visitors access to tasting events, producers and cost-friendly wines. These events and trade shows are often called “wine salons.”

Hungry (or thirsty) for more? Check out these additional Backroads articles:

Food in France: What to Know and Eat

What is Bordeaux Wine?

Wines of the Côtes du Rhône

Travel to France with Backroads

Backroads offers numerous ways to experience the very best of France on one of our award-winning active travel adventures. Explore this country in the best and most genuine way possible - away from the crowds, buses and tourist hot spots. We hope you'll join us! Check out our full list of France adventures here.

Want to learn more about France, including its history, travel tips, highlights and insider info? 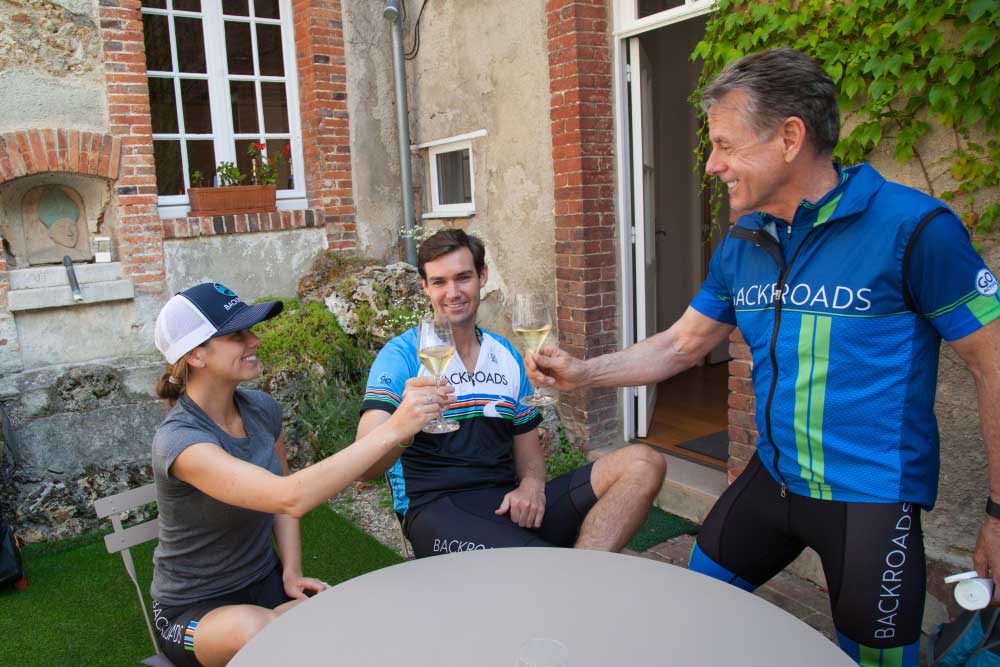