What Is Bordeaux Wine?

Arguably France’s most famous wine-growing region, Bordeaux spans 60 miles and is home to nearly 7,500 producers and 290,000 acres of vineyards. A moderate climate, meandering rivers and countryside dotted with wineries and châteaux make it a scenic escape for visitors in search of great wine.

Grape varieties grown in Bordeaux include Merlot, Cabernet Sauvignon, Cabernet Franc, Petit Verdot and Malbec, all of which can be found in a traditional Bordeaux blend. Though about 90 percent of Bordeaux wines are reds, white wine drinkers who do their research will find plenty of tasty blends here. While there are white wines in the Bordeaux appellation, over 90% of the wines here are red, made from Merlot and Cabernet Sauvignon. It’s also crucial to remember that French wines are categorized by appellation (Bordeaux) rather than grape variety, which is rarely found on the label.

Making up more than 60 percent of the area’s grapes, Merlot is one of the three primary varieties in red Bordeaux blends, often making up at least 15 percent of the blend. Merlot is classically used as a blending grape, as well as in varietal wines. Known for its plum flavors, body and softness, it blends well with more tannic varieties, such as Cabernet Sauvignon.

This popular grape makes up the majority of most Bordeaux wines, accounting for about 70 percent of the blend. It’s known for its full-bodied flavors, tannins and acidity, which give it strong aging potential. Recognized worldwide, Cabernet Sauvignon is one of the most widely planted grape varieties across the globe, ranging from Canada to New Zealand to Lebanon.

This variety is the third-most common grape found in red Bordeaux blends, with the proportion depending on the location and winery. Slightly lighter than Cabernet Sauvignon, Cabernet Franc is primarily used in red blends and is recognized for its savory, herbaceous flavors.

With high tannins, floral aromas and a full-bodied flavor, this variety is also a popular blending grape in most Bordeaux blends. It usually makes up less than 10 percent of the wine. It also ripens later than many other varieties in the Bordeaux region.

Another grape that makes up a small percentage of many Bordeaux blends, Malbec is prized for its robust tannins and complex flavors, which add a richness and intensity to the wine. Most of the world’s Malbec is grown in Argentina, and there are notable differences between Argentinian Malbec (velvety and fruit forward) versus its French counterpart (savory and tart).

Most well known in Bordeaux and the Loire Valley, Sauvignon blanc is one of the few white wines grown in the region. These wines are often found as varietals or blended with Sémillon under the regional appellation Bordeaux Blanc. Wines made from Sauvignon blanc grapes are generally fruity and light, with the flavor profile ranging from green apple to peach.

A popular blending grape with Sauvignon blanc, Sémillon is one of the three white grapes (alongside Muscadelle and Sauvignon blanc) approved in Bordeaux. This variety is fairly easy to cultivate and ages well, making it a common ingredient in both dry and sweet wines.

The third Bordeaux-approved white grape is Muscadelle—a subtle, aromatic variety similar (but unrelated) to the Muscat family. It’s a minor ingredient in many dry and sweet wines found in the region, usually making up less than 10 percent of the blend.

With fairy-tale châteaus scattered throughout the landscape, you’ll have no trouble finding a place to taste quality wine in Bordeaux. Château la Dominique, Château d’Agassac and Château Villemaurine are a few favorites. Just make sure to check tasting hours when you plan your visit, as well as if the winery offers tours or individually tailored appointments. Some châteaux even offer family-friendly tours and activities for those with kids in tow. As with all French wine, make sure you have a firm grasp of terroir and the region’s varietals to assist you in finding blends you’ll appreciate.

The largest city in the region is Bordeaux itself, with approximately 250,000 people. For those staying in the city (or simply passing through), the Bordeaux Wine Council operates a wine bar called Bar a Vin on the ground floor of its building. This is a great first stop to taste some wines and to find out where else is worth a visit in the city.

For exploring the vineyards, May through October are the ideal months to visit Bordeaux. Many people opt for guided tours, given the distance between the wineries and the overwhelming number of châteaux to choose from. Backroads offers a six-day Bordeaux & Dordogne bike tour that visits the very best of this region.

Want to Know More about Bordeaux? 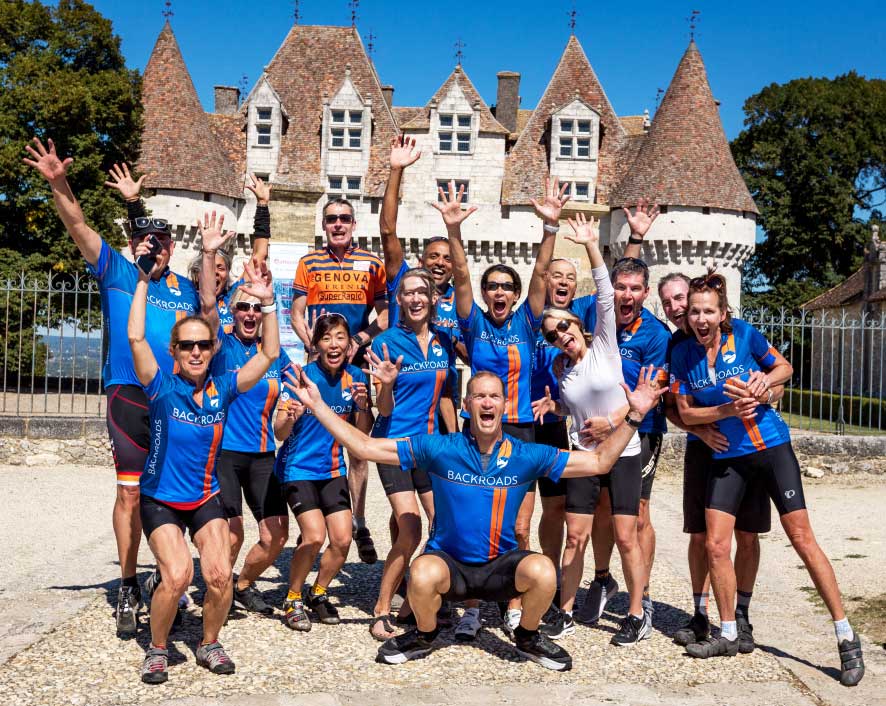