One of the planet’s oldest vineyard regions, France’s Côtes du Rhône is home to an abundance of grape varietals across more than 140,000 acres of vines. It’s second in size only to Bordeaux. In addition to being known for its Syrah production, this part of Southern France is generally associated with bold, fruity red blends at hard-to-beat price points.

Approximately 200 kilometers long, the official Côtes du Rhône appellation d'origine contrôlée (AOC) is made up of two subregions: Rhône septentrional (north), extending from Vienne to Valence, and Rhône méridional (south), spanning from Montélimar to Avignon. Northern Rhône wines are recognized for their tannins and boldness, while those in the southern subregion generally have lighter, fruitier flavors. There are more than 20 grape varieties found in the Côtes du Rhône, with Grenache noir serving as the primary red. While blends of Grenache, Mourvedre and Syrah are most common in this region, whites, such as Marsanne, Roussanne and Viognier, can also be found throughout the Côtes du Rhône.

It’s important to remember that French wines are categorized by appellation rather than grape variety, so the below wines will be labeled as Côtes du Rhône (or Côtes-du-Rhône Villages in a limited part of the region) as long as they’re part of the Côtes du Rhône AOC.

Syrah
This variety is the most widely planted red grape in France and is a key ingredient in many red blends. The Northern Rhône is considered a mecca for Syrah and is recognized for its unique style. (Syrah production in the south, however, has also been on the rise.) In the Côtes du Rhône, Syrah is considered a supplementary variety, alongside Mourvedre.

Grenache Noir
One of the most widely planted red grape varieties in the world, Grenache is known for its berry flavors and fairly high alcohol content. It dominates throughout the Rhône Valley, accounting for about 80 percent of red blends produced in the Southern Rhône. In addition to blending well with Mourvedre and Syrah, Grenache is also often blended with Carignan, Tempranillo and Cinsaut.

Marsanne
Mostly found in the Northern Rhône, this white grape is often blended with Roussanne. Marsanne grapes generally produce rich, nutty wines with hints of spice, becoming more complex and concentrated as they age. They are also occasionally oak aged to develop more body. Outside of France, the same grape is known by several other names, including ermitage (Switzerland) and Marsana (Spain).

Roussanne Having originated in the Rhône region, this white grape is commonly blended with Marsanne and can be found in some white wines in the Côtes du Rhône. Wines made from Roussanne grapes are generally characterized by their intense, herbal aromatics, which transform into nuttier flavors as the wine ages.

Mourvedre
Also known as “Monastrell,” this full-bodied wine originated in Spain and is a popular blending grape. Mourvedre generally produces fairly tannic wines with earthy notes and a high alcohol content. It thrives in warm climates and can be very temperature sensitive, making it a fairly difficult grape to grow.

Viognier
This popular white grape is often blended with Roussanne, Marsanne, Grenache blanc and, occasionally, Chardonnay. It’s considered a main grape variety in many whites and an accessory variety in some reds and rosés.

Grenache Blanc Related to the red Grenache grape, this white variety is found in many Rhône wine blends. Characterized by its high alcohol content and low acidity, it’s often combined with other white varieties, such as Roussanne, to give the wine more flavor and depth.

Terroir is highly valued in France, so wines are labeled by their places of origin instead of the grape varietals. Though this can sometimes be a hindrance, it’s good to have a firm grasp of what types of flavors or notes you like, as most French viticulturists are more than happy to help you track down a wine you’ll enjoy.

Since all wines in the Côtes du Rhône are labeled exactly that, it’s helpful to know the rules of the appellation, as well as which grapes grow in each subregion. For example, Côtes du Rhône reds grown south of Montélimar are required to be at least 40 percent Grenache.

As with all French wines, it’s also important to understand cru, which references the estate, village or vineyard where the wine was produced. Grand cru is designated the highest quality in the region, followed by premier cru, grand vin and reserve.

Want to experience this beautiful region for yourself? Our Classic Provence Bike Tour is a six-day journey through the most delightful (and delicious) corners of Provence and the famous vineyards of Côtes du Rhône wine country. Combining daily bike rides on scenic country roads with exquisite meals, wine tastings, luxurious hotels and visits to some of the “most beautiful villages in France,” there’s no better way to experience it all in style.

Travel to France with Backroads

Backroads offers numerous ways to experience the very best of France on one of our award-winning active travel adventures. Explore this country in the best and most genuine way possible - away from the crowds, buses and tourist hot spots. We hope you'll join us! Check out our full list of France adventures here.

Want to learn more about France, including its history, travel tips, highlights and insider info? 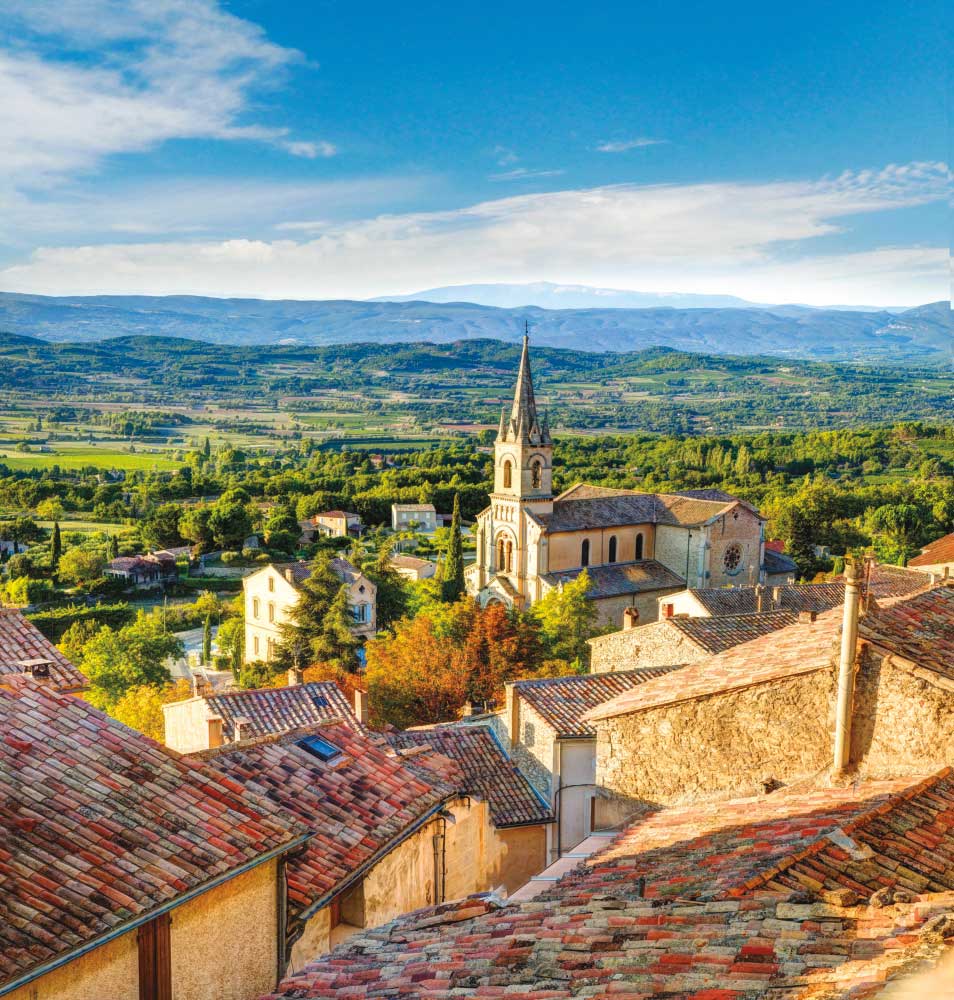