Scotland's Right to Roam and the Freedom to Adventure 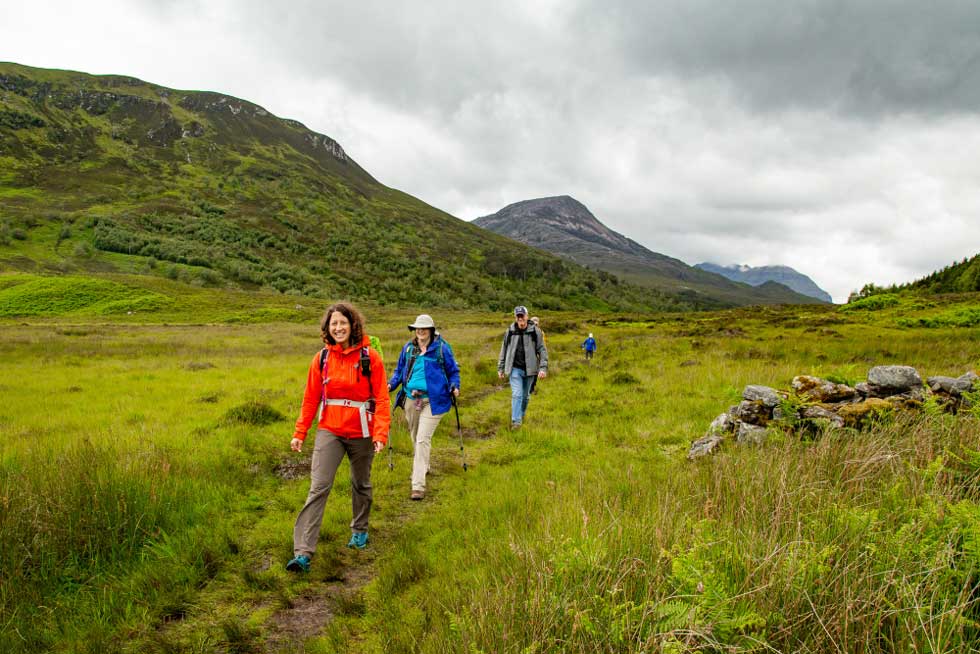 Venturing into the outdoors in Scotland, you’ll be struck by an overwhelming sense of freedom. Discovering any country’s wildest landscapes is exhilarating: the feeling of exploring another world at the speed your hiking boots or bicycle will take you is truly special, no matter where you are. Yet in Scotland, outdoor adventures are so much more than that. Here everyone has the right to roam.

In 2003 the Scottish Government passed The Land Reform Act. This enshrined a set of long-held values which gave everyone the right to access the countryside around them. This means that for almost the whole of Scotland there are no trespassing laws, and everyone is welcome to respectfully walk, hike or stroll through privately owned land in the countryside. As well as opening up Scotland’s wilderness to the public, these laws also stipulate that the land owners themselves are responsible for maintaining public access to the land they own. This important aspect of the law addresses centuries of imbalanced land ownership. 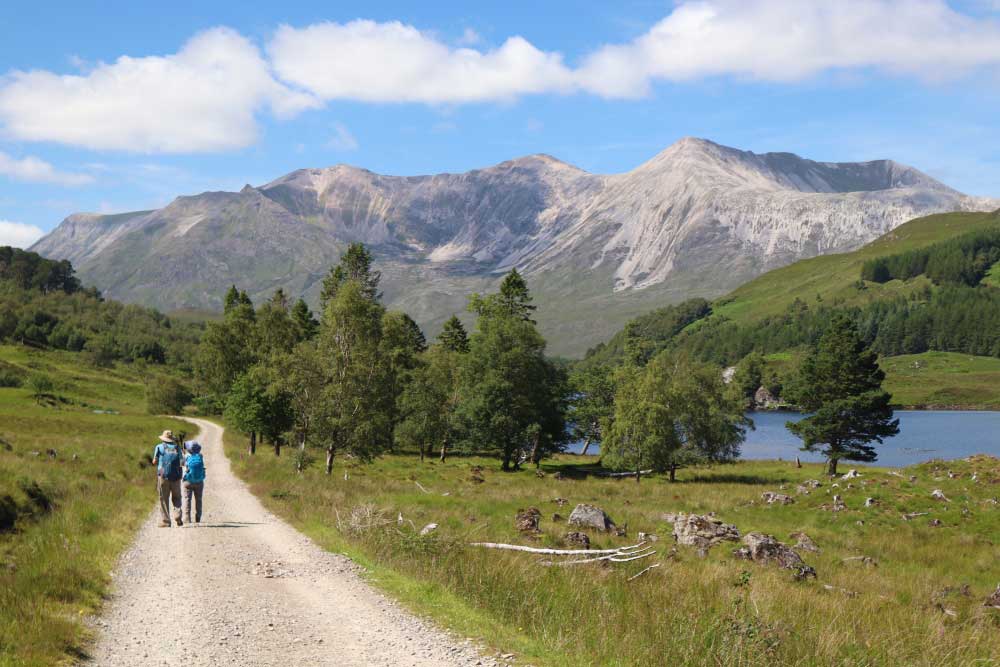 These land reforms were born out of the fact that the ownership of Scotland’s land is currently, and has been for centuries, in the hands of very few people. Historically these powerful land owners had the power to throw people off of their land and remove the rights of those both living on and passing through them. What were known as the Highland Clearances took place between the mid-18th to mid-19th centuries. As wool became more profitable than having farmers working the land, people were shipped off to the most far-flung corners of the globe. As thousands of people left, they took with them much of the cultural fabric of Scottish society. Such practices are fortunately a thing of the past, but they’ve undoubtedly informed modern policies relating to the outdoors.

The freedom to go wherever you like without fear of intruding on private land is exhilarating! This means you can take a short drive into the countryside, park and head off in any direction you please. This total and unencumbered freedom to roam, explore and enjoy yourself without fear of wandering off course is incredible. In this respect Scotland has some of the most progressive land access laws in the world.
Hundreds of empty homes are found all over the countryside in Scotland. These once-bustling small farms and communities now lie abandoned in the most beautiful (and unexpected!) of places. When passing through such breath-taking places, it quickly becomes clear what a privilege it is to explore here and be a part of a new generation of adventurers returning to these nearly forgotten places. Expect to stumble upon a few of these landmarks of Scotland’s past on our Backroads hiking trips. 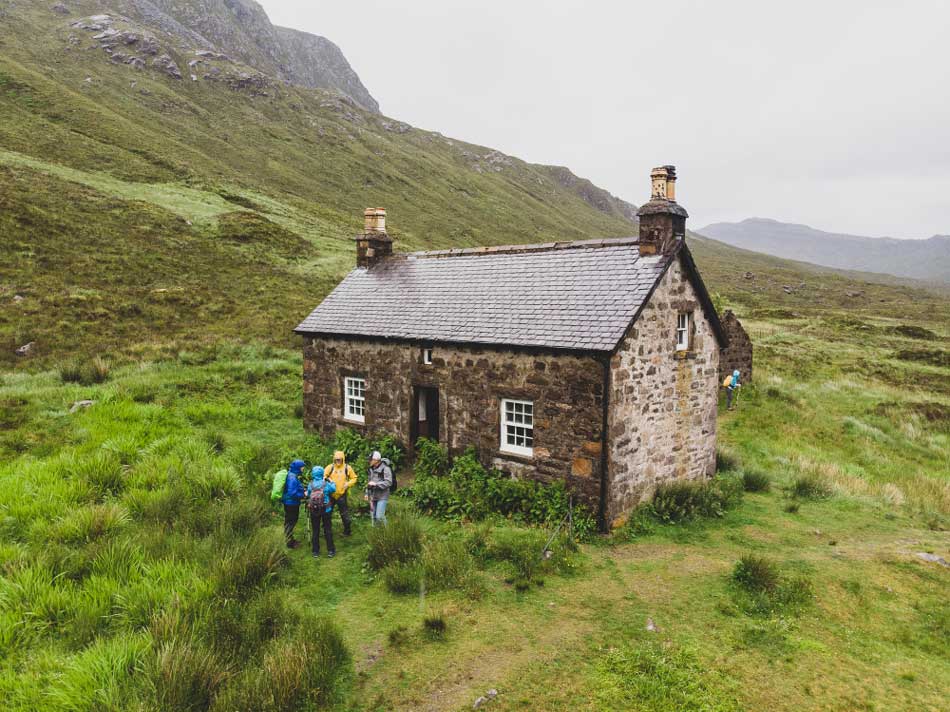 In a country where going everywhere is possible, it can be difficult to find those places where only the most knowledgeable locals go. During the fall and winter months, this is what we as Backroads Trip Experts spend our time on: making the hidden corners we love come to life for our guests. Riding such unknown routes on crisp, bright winter days, it’s easy to imagine how magical they will be as part of our brand-new Scotland Biking Trip. 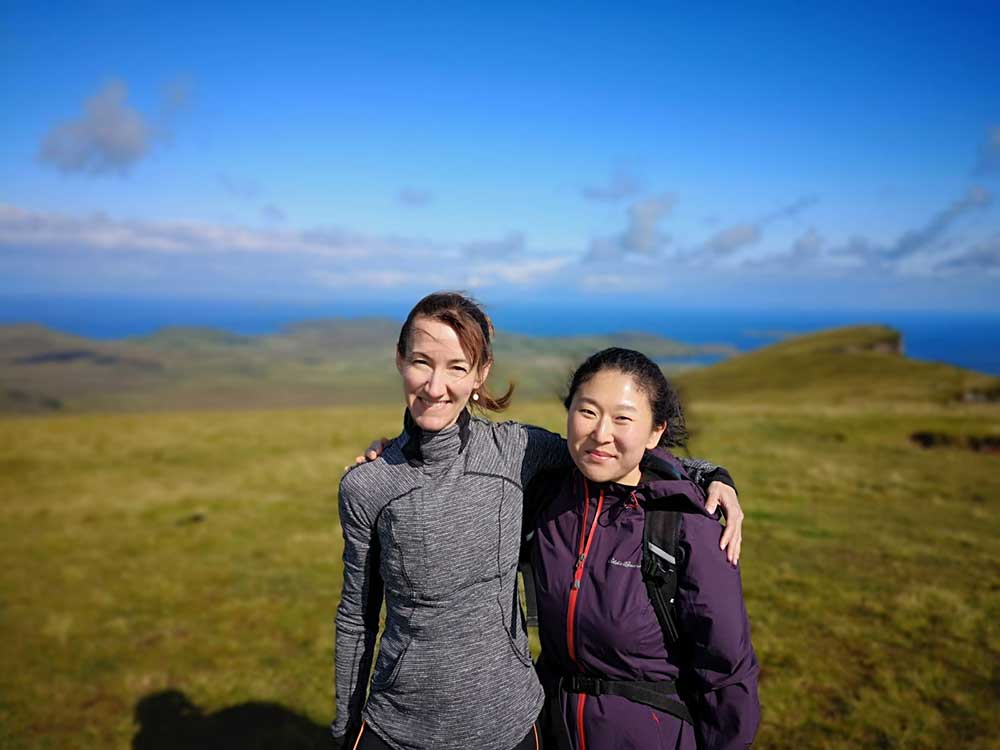 As the population in Scotland has become more aware of their right to venture wherever they please, there has been a corresponding cultural revival. It has suddenly become “cool” for young people to learn the ancient Gaelic language. More people are playing and listening to the music of traditional instruments. Musicians, like Backroads’ friend Fin Moore, are leading this Scottish cultural shift. Fin and his family have been hand crafting and playing bagpipes in the Highland village of Dunkeld for decades. When we visit Fin in his workshop on a bike ride on our brand-new trip, his passion for his craft is obvious. The chance to meet Fin and hear both his passion and amazing instruments first-hand is special, and only exists thanks to the cultural revival happening today in Scotland. Those joining our most remote trip in the Highlands will meet musicians playing Fin’s bagpipes in the far-flung northern parts of Scotland.

As traditional Scottish culture experiences a revival, and being active in the outdoors grows more accessible, there has really never been a better time to visit Scotland. 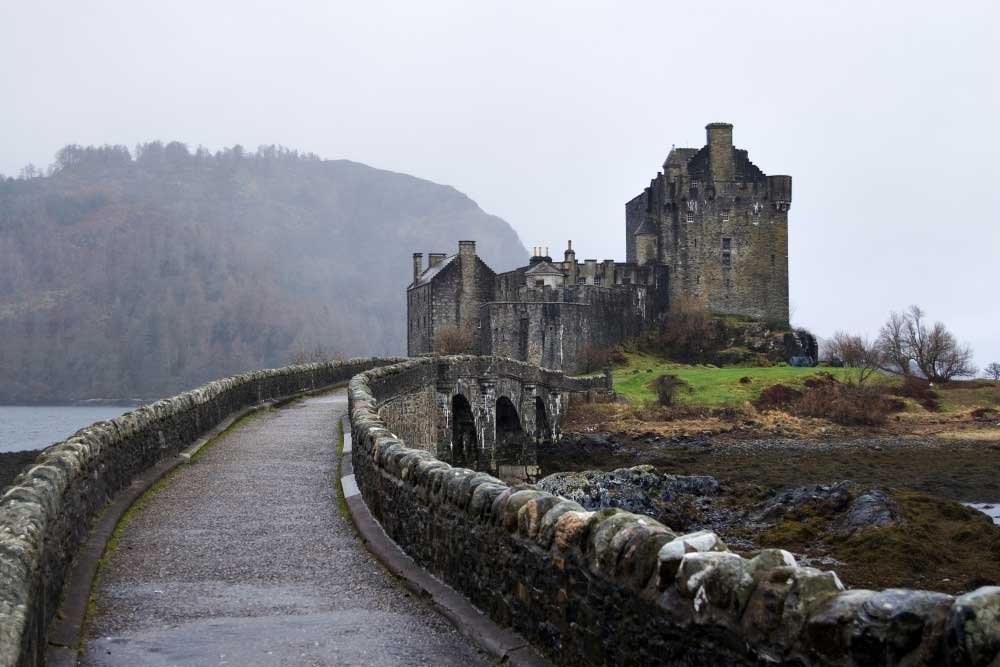