7 Edible Wonders of the World

We're all familiar with the Seven Natural Wonders of the World: Mount Everest, the Great Barrier Reef, the jaw-dropping Grand Canyon... but what about the seven EDIBLE wonders? Which world-renowned delicacies are worth 4,000 miles of travel and 2,000 calories? And where did these delicious dishes originate from? This list illuminates some of the best (and surprisingly simple) dishes this planet has to offer. 1. Maine Lobster Roll - Maine, USA 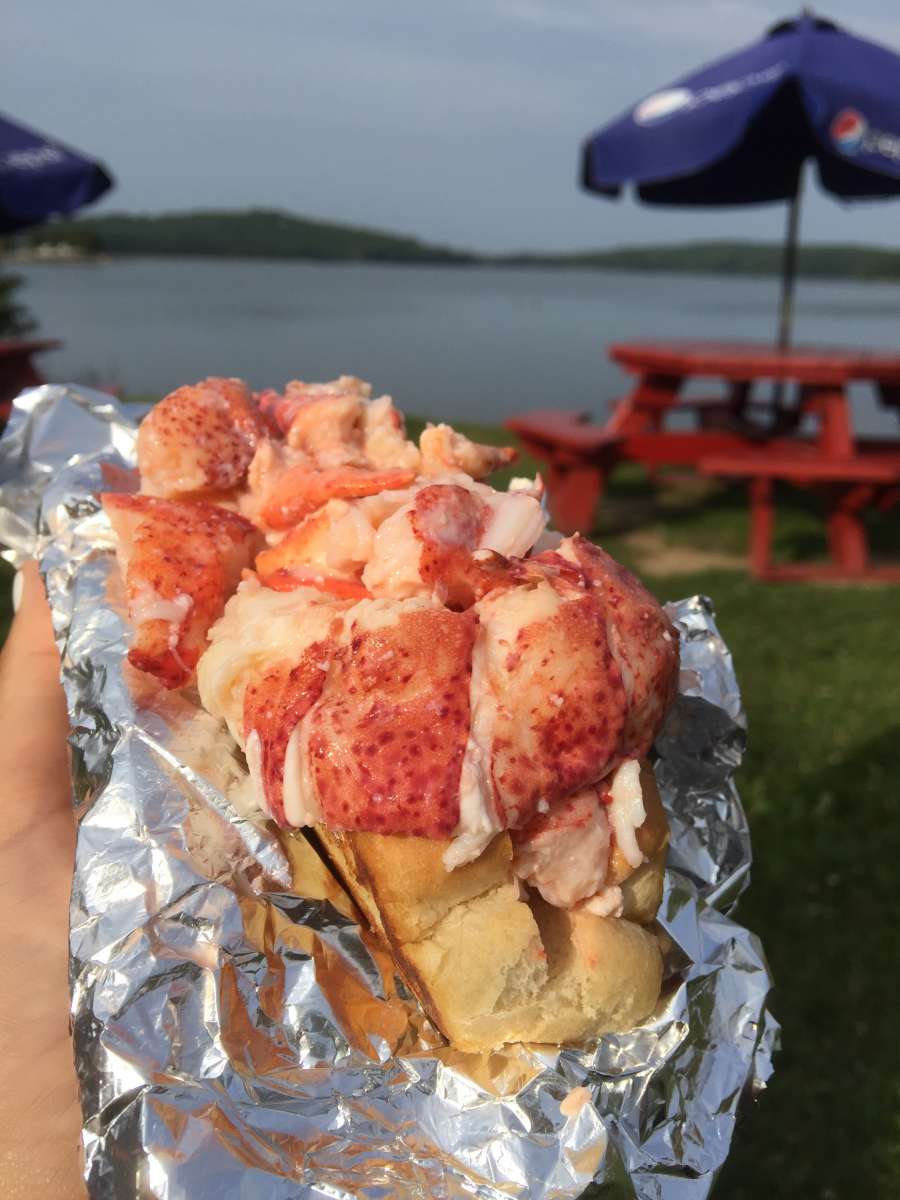 Lobster has perhaps the best rags-to-riches food story in history. In the early days no one wanted to eat it. People looked at lobster like they look at Spam nowadays: cheap and almost not fit for consumption. So when did we start associating lobster with silver platters and butlers in tuxedos? In the days when railways were spreading across the country, transportation managers began serving lobster to passengers farther from the coast who had never seen it before, figuring it was cheap and the naïve Westerners wouldn't know any better. It turns out these Americans took a liking to it! As demand increased the price shot up and now lobster is treated more like caviar than Spam. 2. The Liège Waffle - Belgium When most of us picture a Belgian waffle, we think big, fluffy and toppling over with strawberries or Nutella. In Belgium these waffles exist (don't worry), but much more popular is the traditional "liège" waffle. This treat is richer, sweeter and chewier, and is actually best completely plain. (Gasp! Sans Nutella?!) This edible wonder originated in eastern Belgium and is made from a brioche bread dough with chunks of pearl sugar that caramelize on the outside, resulting in a perfectly crunchy casing with a soft, warm inside. Don't be ashamed if you can't stop at one... indulge until you're wa-full. 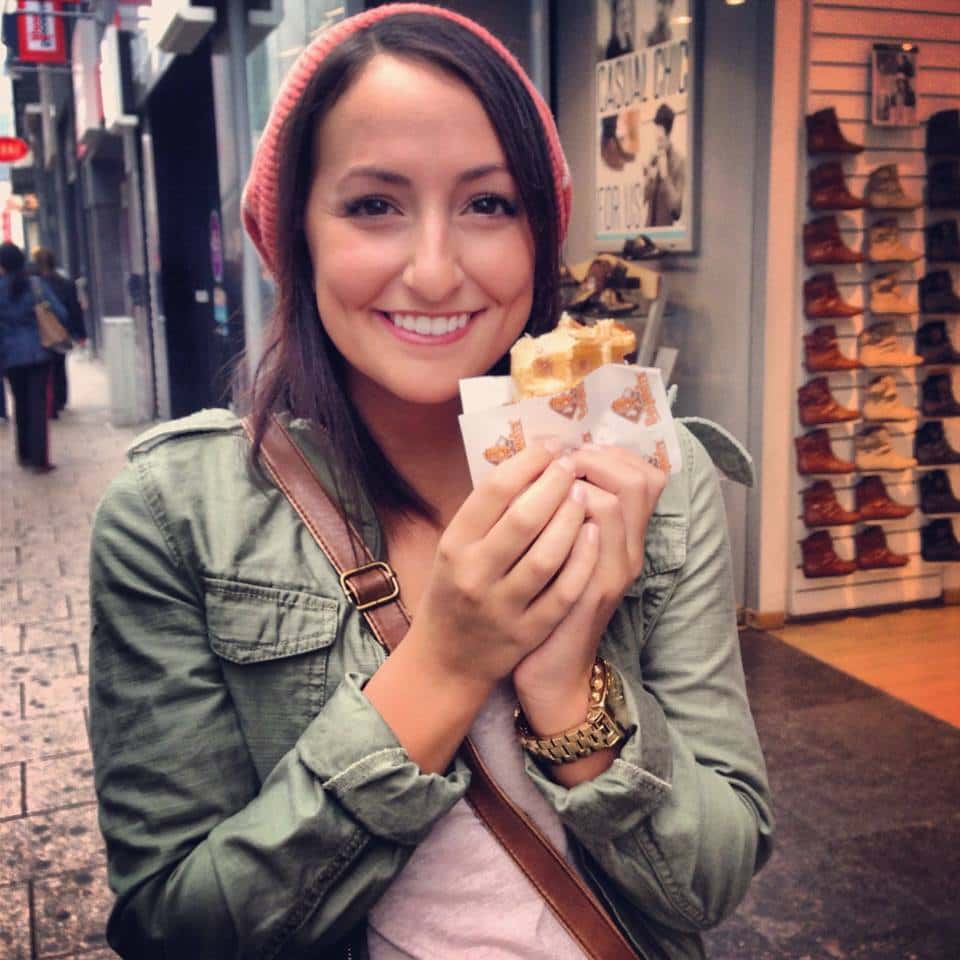 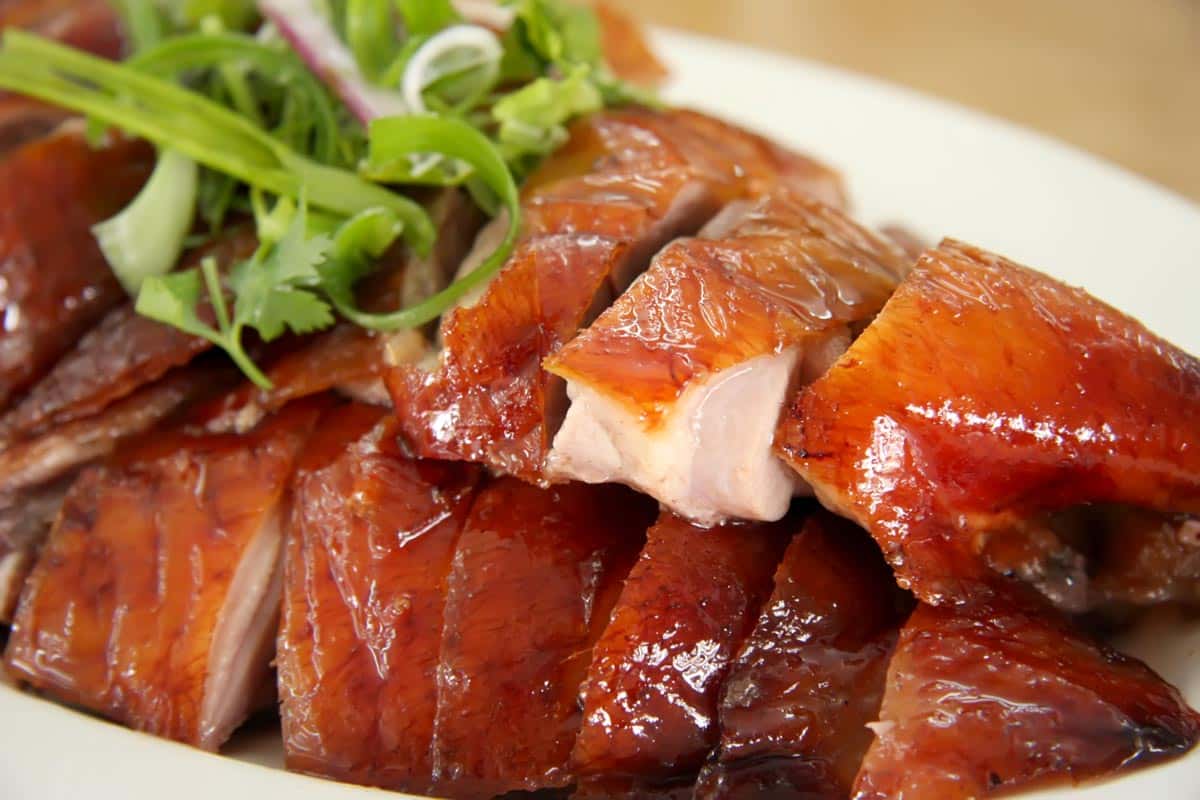 Sometimes I wonder if we dropped the ball as colonists and should be eating Peking duck on Thanksgiving rather than turkey. This meat is so flavorful that it's one of the only dishes I feel satisfied using chopsticks to eat. The skin is thin and crispy with a syrupy glaze and the meat is bursting with a savory and smoky flavor. Peking Duck has long been a tradition in China. Unlike our lobster friends, duck was reserved only for those high up in early Chinese society and was feasted on by emperors. In 1864, the technique of hanging ducks upright in the oven and heating them with fruitwood fire was introduced. This allowed the fat to drain, resulting in crispier, drier skin. Now the dish is enjoyed by people all around the world, but of course Peking duck is best experienced in China. Imagine you're sitting in the middle of Beijing under a canopy at the Qianmen Quanjude Roast Duck Restaurant, one of the most highly rated in the city. It's been a long day of sightseeing and you can practically hear your stomach scolding you. Your waitress arrives with a full duck and an array of tools. She carves it onto a platter so quickly and precisely and it's so mesmerizing that you might have just drooled a little. Your duck is served along with fresh pancakes, scallions, pickles and a sweet fermented bean sauce. When you finish your meal, you waddle out of the restaurant... pun intended. 4. Neapolitan Pizza - Amalfi Coast, Italy 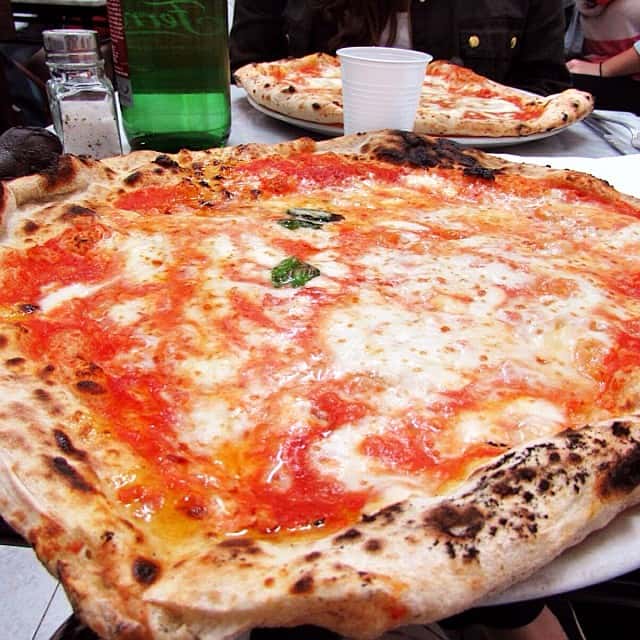 I know what you're thinking: how special can this pizza be? But the pizza from Naples and southern Italy is truly in a league of its own. Naples is the birthplace of pizza. Legend has it that in 1880 a baker named Raffaele Esposito found out that the Queen was coming to visit his restaurant. Naturally, he panicked. Then he decided to create a dish using fresh focaccia bread, white mozzarella cheese, green basil and red tomato sauce to represent the colors of the Italian flag. He dedicated this creation to Queen Margherita of Savoy, declared it "Margherita pizza" and the rest is history! In order for a pizza to qualify as Neapolitan, it must be baked in a wood-fired oven, the dough must be hand-kneaded and tossed, and the base must be one-third of a centimeter thick. Real Neapolitan pizza is different from the heavier pizzas many Americans are used to, but with just one taste of the creamy mozzarella, unbelievably fresh basil and rich tomato sauce (anyone else drooling?), there is no going back to Domino's. 5. Ceviche - Peru 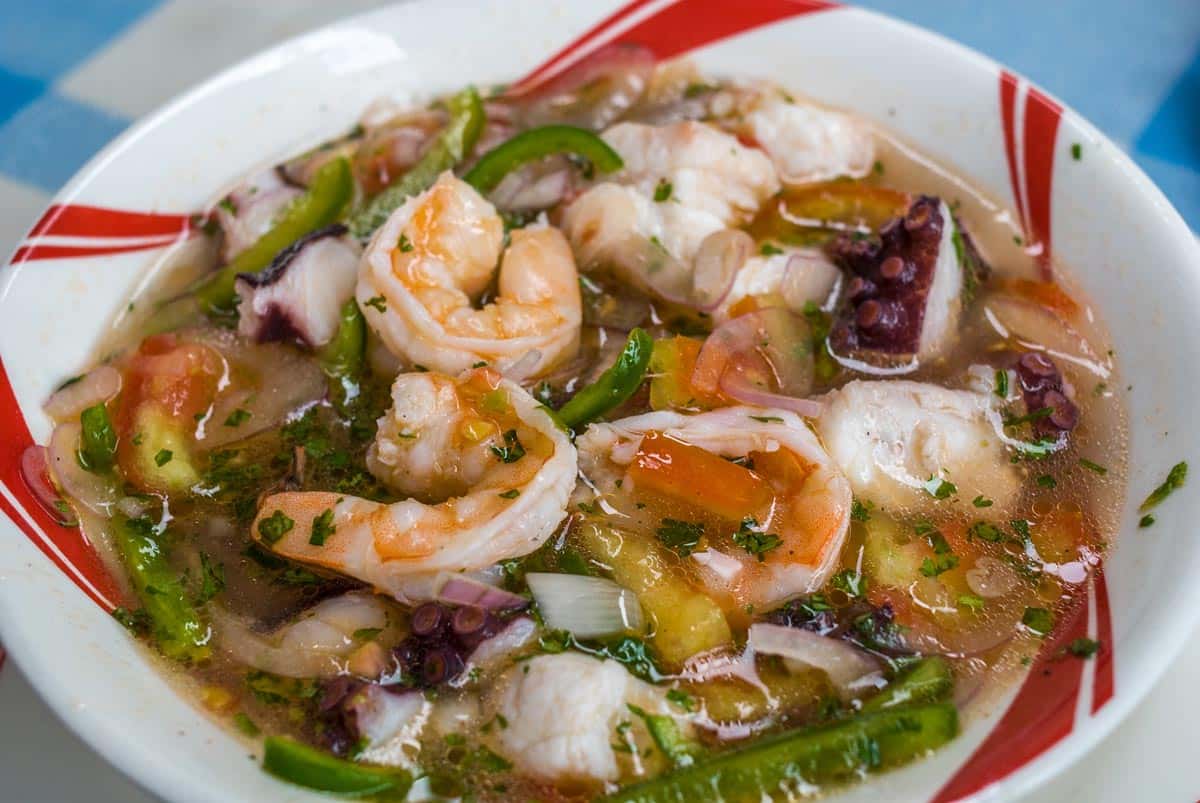 Ceviche. The younger but way trendier cousin of sushi. The dish consists of raw fish marinated in acidic liquids to "cook" it perfectly. What makes Peruvian ceviche especially wondrous is the incredibly fresh fish--thanks to the cool Humboldt Current, which helps foster one of the most abundant marine ecosystems in the world--and the perfect union of different ethnic flavors. Peruvian food, and ceviche specifically, has been shaped by 500 years of cultural change and immigration in Peru. When the Spanish first arrived in the 16th century, Peruvians were eating raw fish steeped in a type of passion fruit. The Spanish introduced them to limes and sour oranges, which they started marinating their fish in for hours at a time. Nowadays classic ceviche is usually marinated for just a few minutes, a technique introduced by the Japanese in the 1970s. 6. The Truffle - France & Italy 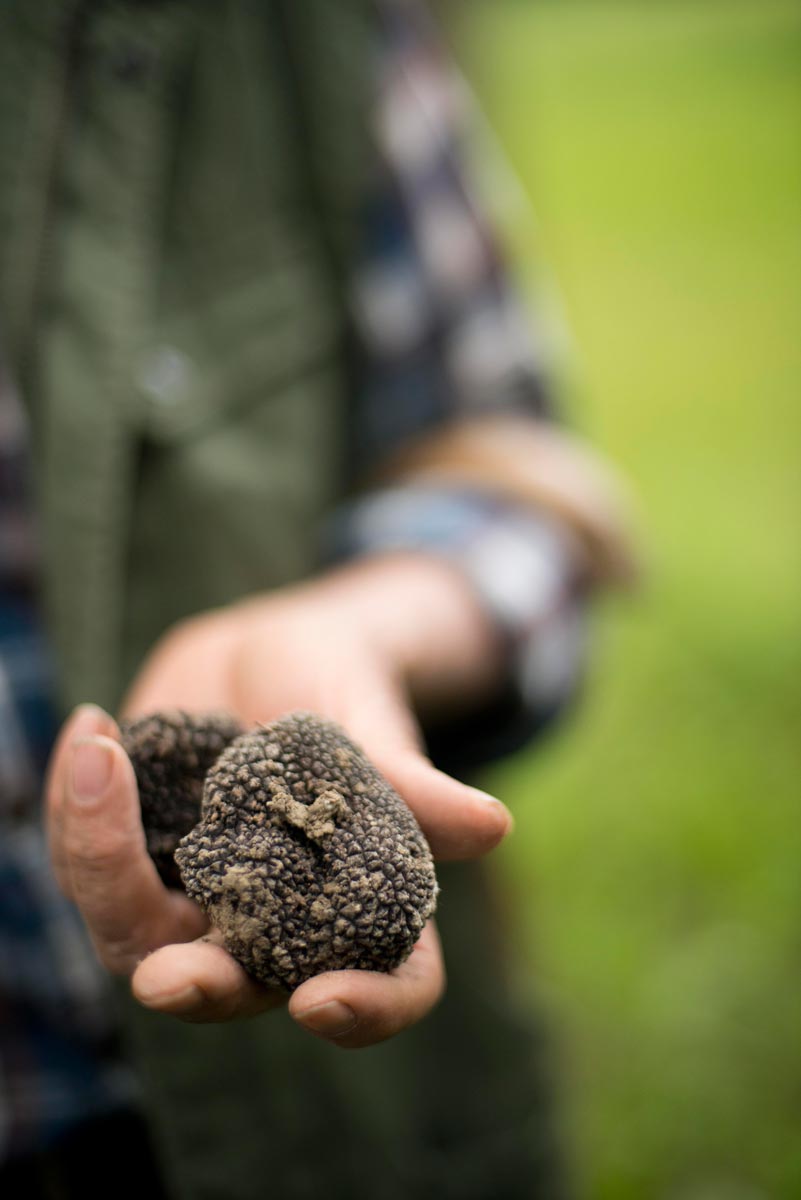 The coveted truffle stands in a league of its own, above (dare I say) Neapolitan pizza. By weight, truffles are the most profitable legal crop you grow and just a pound of these rare wonders can be worth over $10,000. Essentially, they're just a mushroom with a unique, earthy flavor and strange aroma that no other food can replicate. With just a light shaving over your pasta, not only will your dish be twice the price, but you'll be licking it at the end of dinner. High-quality truffles grow only in specific parts of the world and are most prevalent in northern Italy and southwest France. In order to find truffles underground, hunters traditionally use pigs to sniff them out and dig them up. Nowadays, dogs are used more often because pigs tend to eat the truffles right when they find them. On Backroads' Piedmont bike tour, you have the chance to join an expert and his canine assistant as they sniff out this delicacy and then enjoy an extravagant truffle dinner. 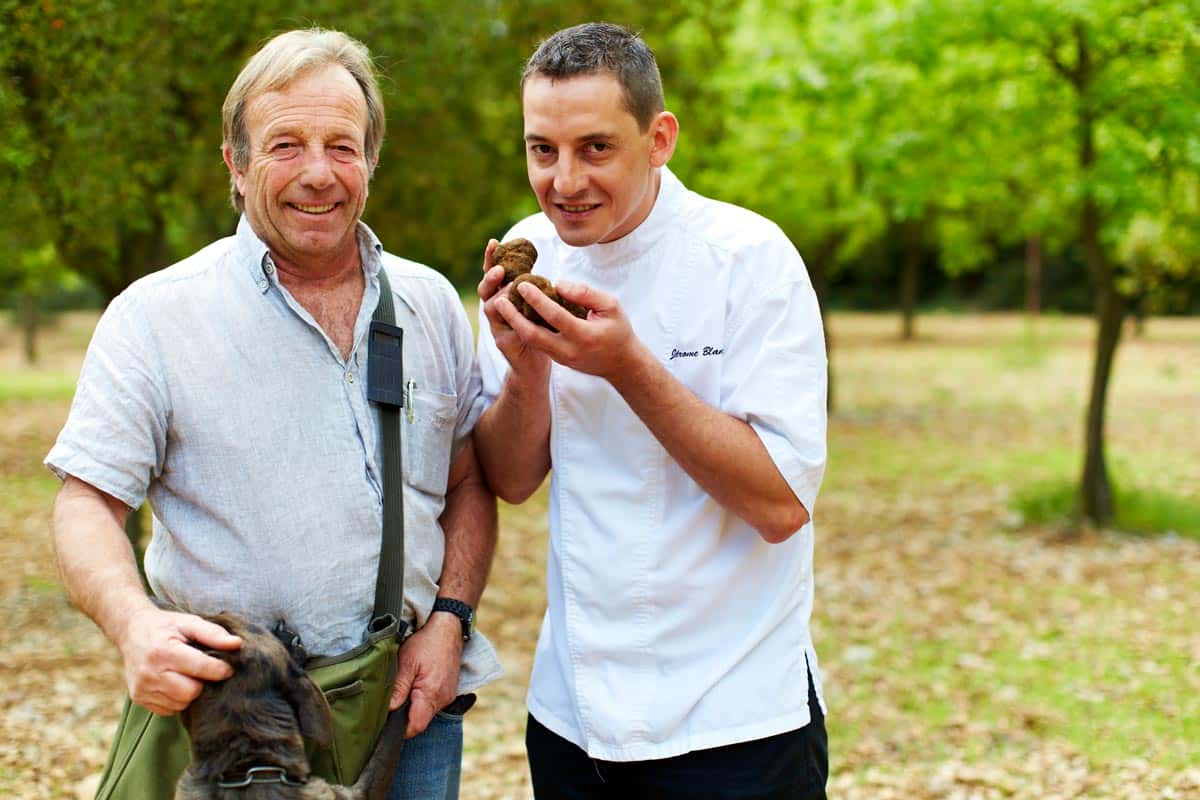 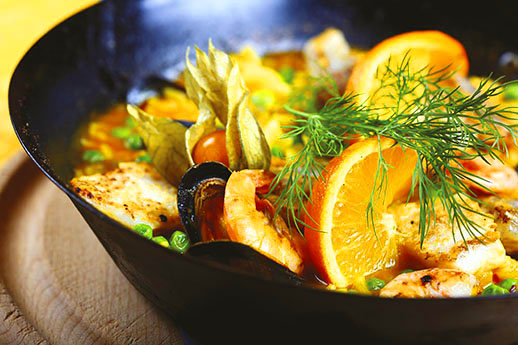 The dish was developed in Valencia in the mid-19th century when field workers would come in for lunch and cook paella over a wood fire. They would throw into rice whatever else they could find: snails, vegetables, rabbit, chicken. Since then the dish has spread across Spain and the world and can include everything from pork to artichokes to fresh seafood. What remains consistent is its vibrant yellow color from added saffron. The best part about paella it is that it's traditionally served in a giant pan, family-style. Everyone gathers around, often without a plate, and eats until they reach the center. As I'm sure you can imagine, it's every man for himself. So there you have it. The Grand Canyon and Mount Everest are spectacular, but edible wonders like Maine lobster rolls and Chinese Peking duck can render one equally speechless.

You have me drooling. Thanks, Marlee :) Great article!
My pleasure. :)
Top