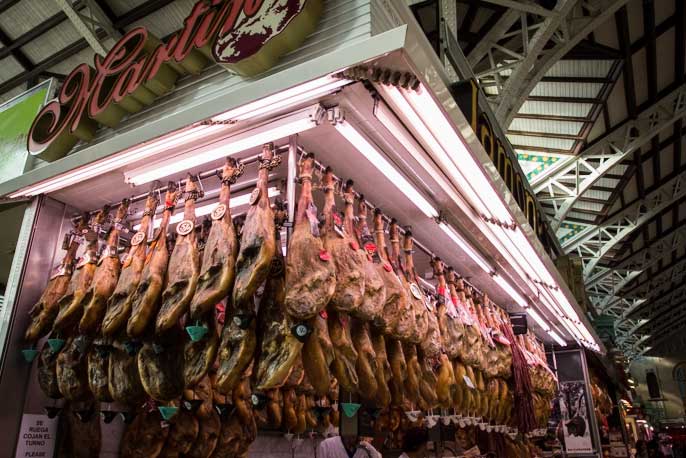 The Spanish love their ham. I just never realized the profoundness of their devotion until I first stepped into a local cervecería (bar). To say I was astounded by what I found would be an understatement. The sheer volume of pig legs hanging from the walls and ceiling... the bar sported more pork parts than pints! As I ogled the plethora of meat, my Spanish friend rolled his eyes, muttered "guiri" ("foreigner") and proceeded to usher me to the secluded side of the bar. As someone who had only recently absconded the vegetarian lifestyle, I needed a moment to overcome the initial swine-shock. Once I had regained some composure (and remembered that my tongue belongs inside my mouth) I turned, with exaggerated coolness, back to my friend, "So, what's with all the ham?" You say prosciutto, I say jamón The tradition of dry curing hams in Spain dates back to the Roman Empire, as ancient as the coliseum in Italy. Since antiquity, the inhabitants of the Iberian Peninsula have been preserving ham with salt and honoring it as a staple of even the most basic Spanish diet. Despite centuries spent refining the curing process, the recipe itself is quite basic: pig leg + salt. There's a certain elegance in simplicity, and the Spanish have mastered it. 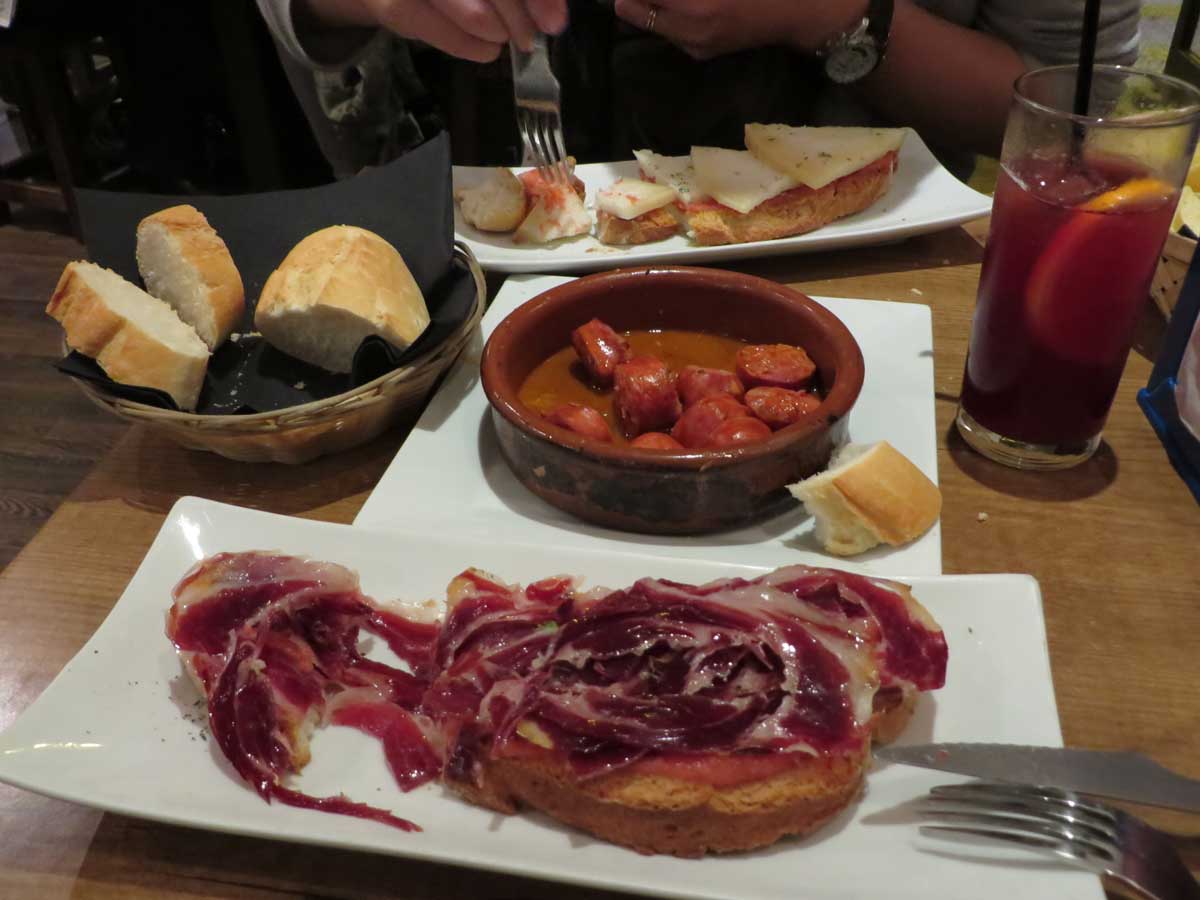 As a bragging point--and after years of enduring the Italians flaunting prosciutto in the global market--the Spanish have finally bested the boot of the Mediterranean by transforming a gastronomic simplicity into a culinary extravagance. While early global exposure to Italian cured ham has increased prosciutto exports for years, hams from Spain were only made available abroad within the past 5 years. With high quality hams easily surpassing $180 per pound, jamón is the caviar of Spain. Hamming it up While those of us from the states envision a pink, curly tailed version of Porky Pig when we tuck into our Easter hams, there are several different types and grades of pork to be found Spain. Ham consumption is essential to both special events and everyday ones, so it's fitting that there's a wide spectrum to accommodate any occasion. The most elemental difference in hams is between the Serrano and Ibérico varieties. What do these Spanish names mean? Here is the 411... The most economical Spanish ham is jamón Serrano. Coming from the typical grain-fed white pigs, this jamón is cured only for about a year. 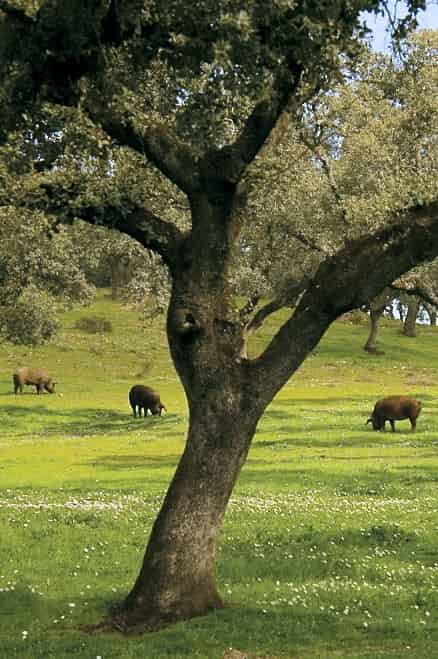 The pièce de résistance and most highly prized Spanish ham is jamón Ibérico. This delicacy is made from purebred Iberian pigs that are descendants of the wild boar native to southern Spain. Black in appearance with long black hooves, this breed is also known colloquially as pata negra--black paw. Iberian pigs dine exclusively on the acorns that they forage from the vast oak forests on the Iberian Peninsula. After curing, they're then aged upwards of 3 years, with the most prime selections being labeled reserva or gran reserva. How to pick your pork When venturing out to purchase your own leg of ham, there are a few things to keep in mind during the selection process. First, recognize the difference between the back and front legs. The rear legs are the heaviest, more expensive and better quality meat. The back legs are the ones referred to as jamón and typically weigh between 13 and 18 pounds. The front leg is a good deal smaller than the rear and has more fat. These are known as paleta and can weigh between 8 and 13 pounds. Technically speaking, a paleta should not be called a "ham," but when it is masterfully sliced and melting on your tongue, who really cares? Now, if you're looking for the absolute highest quality Spanish ham, seek out the "5J"--or "Cinco Jotas" --label. This mark is synonymous with supreme quality, as each ham is tenderly aged by a master jamonero (ham specialist) for a minimum of 36 long months.

And indulge.... Proper eating etiquette When it comes to freshly sliced and exquisitely thin jamón, even considering mustard would be a profanity. Jamón Ibérico is normally eaten without accompaniments, but there may be a bit of fresh pan española (Spanish bread) on the side. Jamón Serrano is more open to a variety of partnerships. It can be eaten as an appetizer with melon--much like prosciutto--or served on top of pan con tomate, a tomato-rubbed toast popular in Catalonia. This cut is also the star of any variety of bocadillos (small bites) and tostados (sandwiches). And lastly, which beverage is the drink of choice? Leave the whisky for the cowboys -- a cold, dry sherry or any wine (red, white, sparkling) is a great pairing for the sweet and nutty ham. Even beer can go well with a thin slice! You're now prepared for the most crucial step: get out there and taste test for yourself! ¡Salud y buen provecho! HAM-AZING FACT: Ever ordered a scrumptious tapa of jamón and notice that some white dots are speckling your precious snack? Has something gone terribly wrong with the ham?! The opposite is actually true. The white flecks are a result of crystallization of the amino acids. This is a 100-percent natural part of the aging process and denotes a product of excellence!