The Great Rivers in Europe

Long before roads crisscrossed the nations of Europe, it was the great rivers in Europe that served as the superhighways connecting all the diverse and enduring landscapes and cultures of the old world. Flowing from one historic European capital to the next, these picturesque waterways have witnessed the rise and fall of empires across the continent. 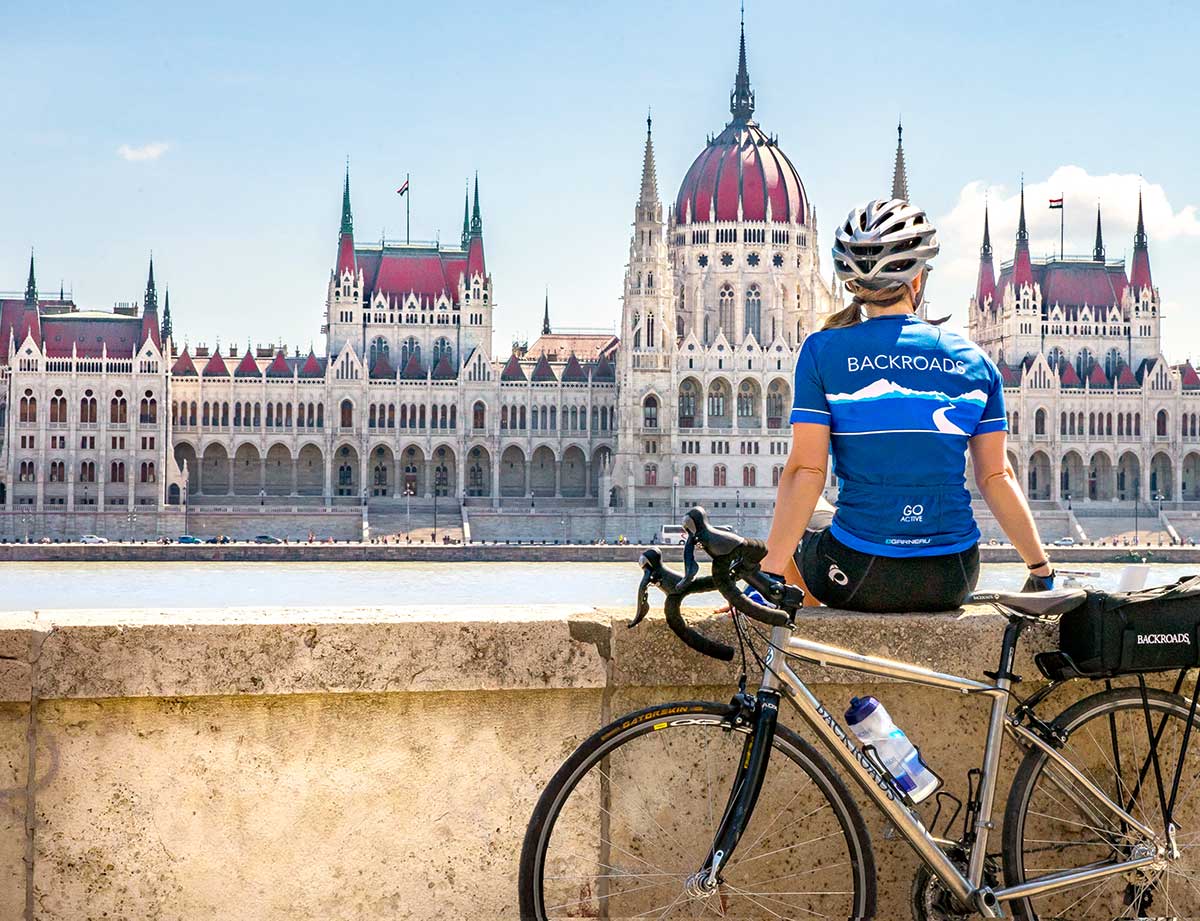 Today, following the course of these rivers by bike or on foot (and even by Active River Cruises that combine it all!) is one of the best ways to immerse yourself in a timeless world of medieval castles, quaint villages, flowing vineyards and endlessly scenic vistas. Which are the best? And what makes each unique? Here are some of our favorites, as well as what you can expect to experience when you travel atop their currents or along their shores. 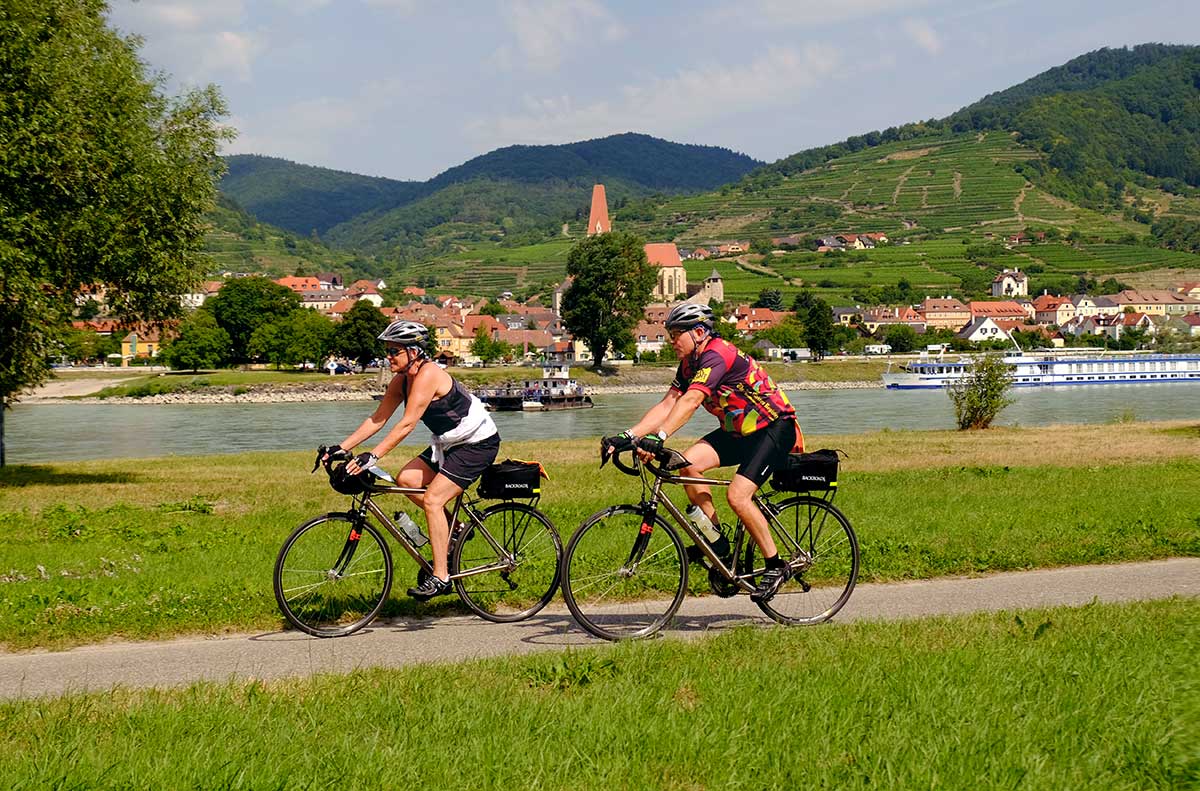 The Danube The second longest river in Europe and the once impenetrable northern edge of the Roman Empire, the Danube escorts you in style through some the most intriguing landscapes of Central and Eastern Europe. Originating from a spring in the southern part of Germany's Black Forest, the Danube surges eastward to the Black Sea, passing through ten different countries including Austria, Slovakia, Hungary, Romania and more. It flows through numerous world-famous cities, including four national capitals.  From Vilshofen to Passau, Vienna to Bratislava and Durnstein to Budapest, the Danube River is as integral to Europe as Johann Strauss' elegant Blue Danube waltz is to classical music. Travel with us on our Danube River Cruise Bike Tour (also available for Families - Teens & Kids and Families - Older Teens & 20s) 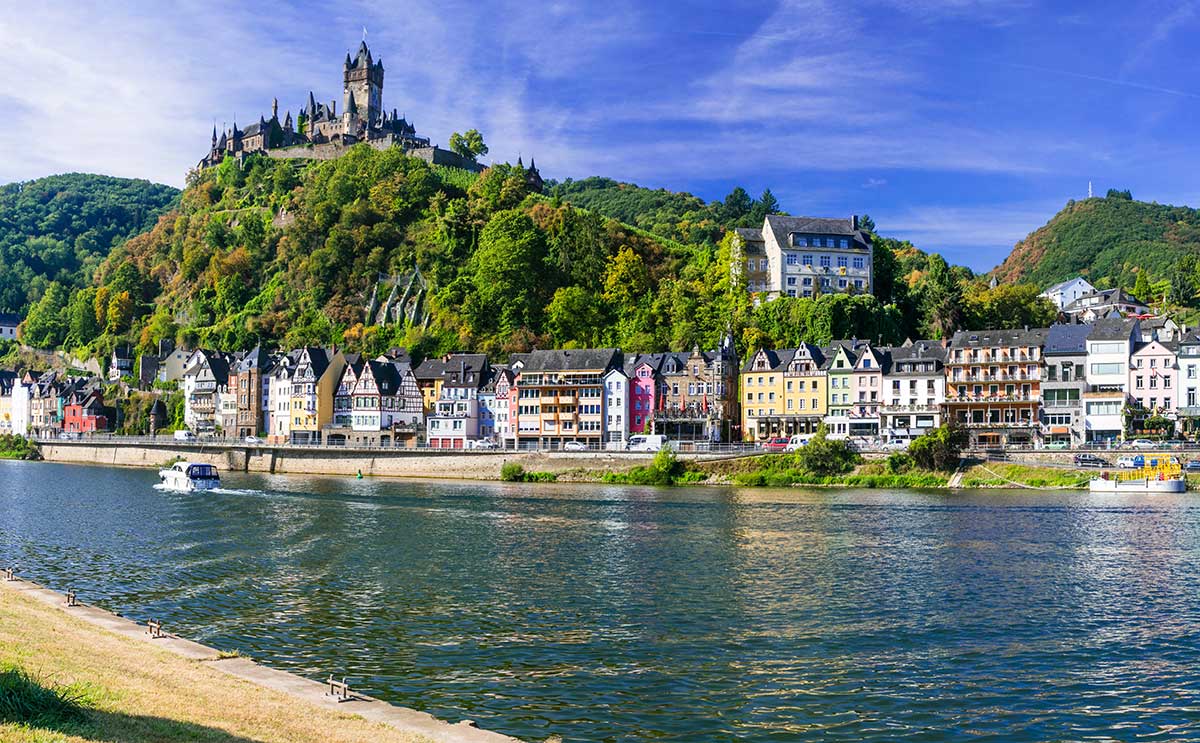 The Rhine The regal Rhine begins its journey from high in the Swiss Alps, flowing northward through numerous historic cities and gorgeous countryside as it makes its way to Amsterdam and its terminus in the North Sea. Like the Danube, the Rhine has been an important navigable waterway since the days of the Roman Empire - a medieval superhighway that fostered trade among Austria, Germany, Switzerland, France and Holland. Evidence of its history is readily visible in the numerous castles and fortifications found along its shores. One of its highlights is a 40-mile stretch in the middle called the Rhine Gorge. A UNESCO World Heritage site, this section of the river cuts through majestic mountains and meanders between medieval hillside fortresses and fields of wine-producing grapes. It's one of the great fairytale journeys in Europe! Travel with us on our Rhine River Cruise Bike Tour (also available for Families - Older Teens & 20s) 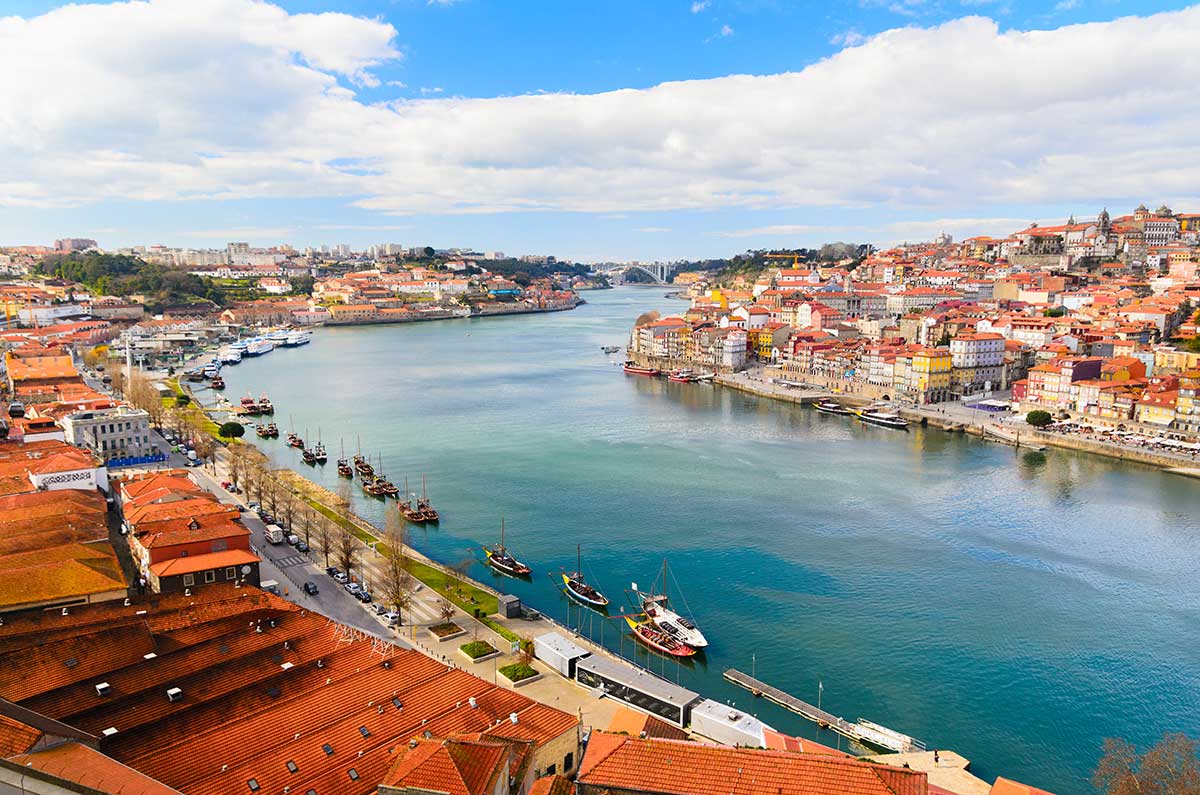 The Douro Flowing from the mountains of Spain and into the Atlantic Ocean at the Portuguese city of Porto, the Douro River and its enchanting valley offer an idyllic place to discover hillside villages and sun-soaked vineyards. One of the major rivers of the Iberian Peninsula, the Douro rolls past numerous UNESCO World Heritage Sites including the Douro vinhateiro (winegrowing region) and the Prehistoric Rock-Art Site of the Côa Valley. What's more, the Douro River Valley is the oldest demarcated wine region in the world! Though the river itself initially carved the sloping valley walls, centuries of human innovation terraced the hillsides into beautifully crafted vineyards that seem almost too perfect to be real. This remarkable landscape is just one reason for a visit to this gorgeous region of Europe - where you can savor the delicious reward of these centuries of passionate cultivation. Fun fact: It's believed that the Douro gets its name from the Portuguese word for "dourado", meaning "golden." Travel with us on our Douro River Cruise Bike Tour 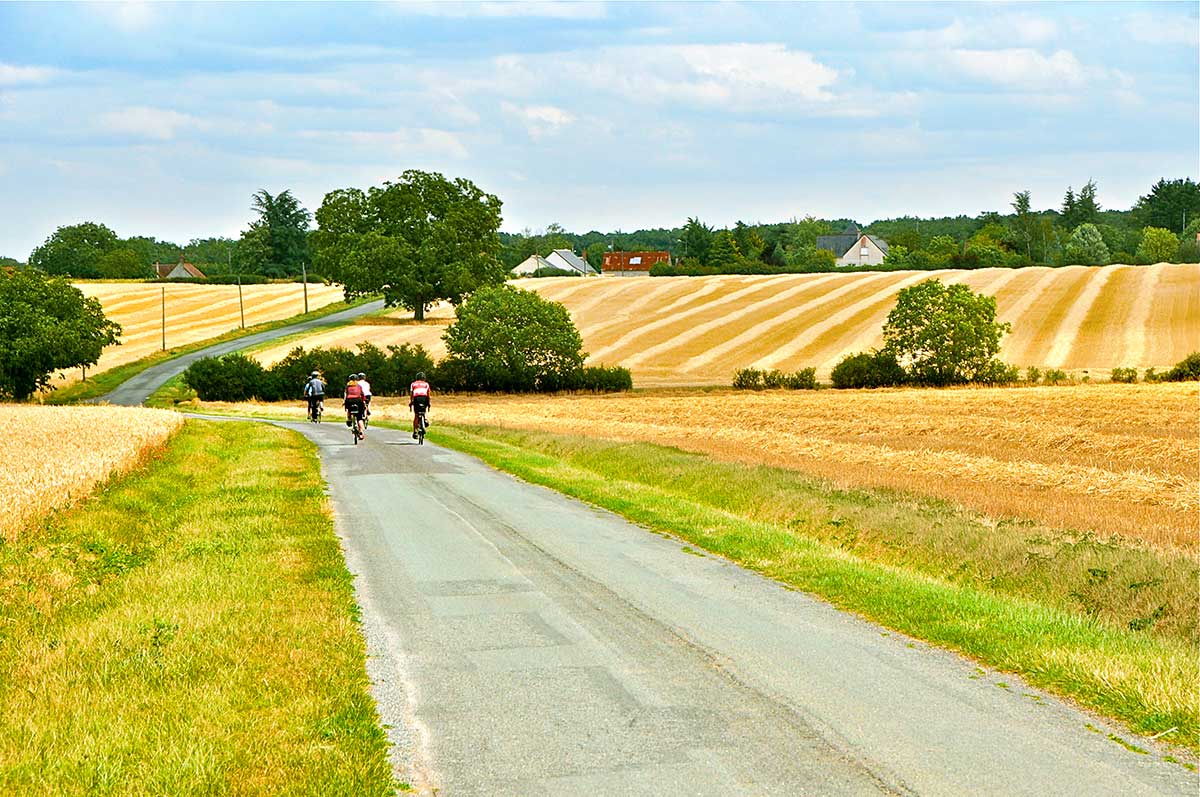 The Loire The Loire is the longest river in France and lends its name to a charming region that flourished around its middle section - the world-famous Loire Valley. Not only considered one of France's premiere biking regions, the temperate climate of the Loire River Valley provides a diverse range of flora and fauna as well as an ideal environment for growing wine. The area's popularity among 16th century French royals left a wonderful legacy of opulent châteaux and manicured gardens. Sometimes called "Valley of the Kings, " the Loire Valley is a treasure-filled destination waiting to be experienced on your next trip through France Travel with us on our Loire Valley Bike Tour (also available for Families - Teens & Kids) 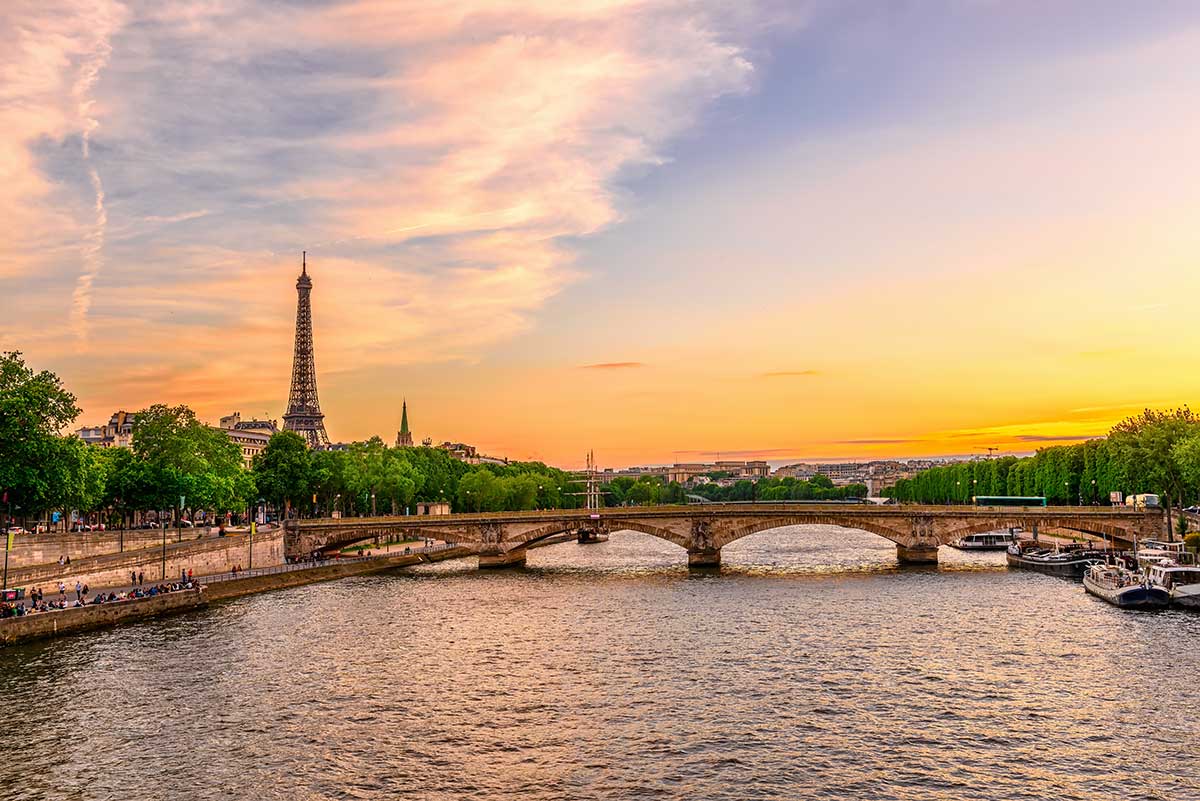 The Seine Named after Sequana, the Roman goddess of the river, the Seine offers a fresh perspective on the poetic union of art, passion and history that is the French Republic. Originating near the medieval city of Dijon in eastern central France, the Seine flows through the glitz and glam of Paris with views of Notre-Dame and the Eiffel Tower and into the serene pastoral landscape that inspired impressionist painters like Monet. It then pays homage to Joan of Arc's last moments in Rouen before reaching a dramatic conclusion into the English Channel, near the historic D-Day landing sites of Normandy. For anyone with a love of France, a journey down the Seine is one of life's greatest pleasures. Travel with us on our Seine River Cruise Bike Tour. 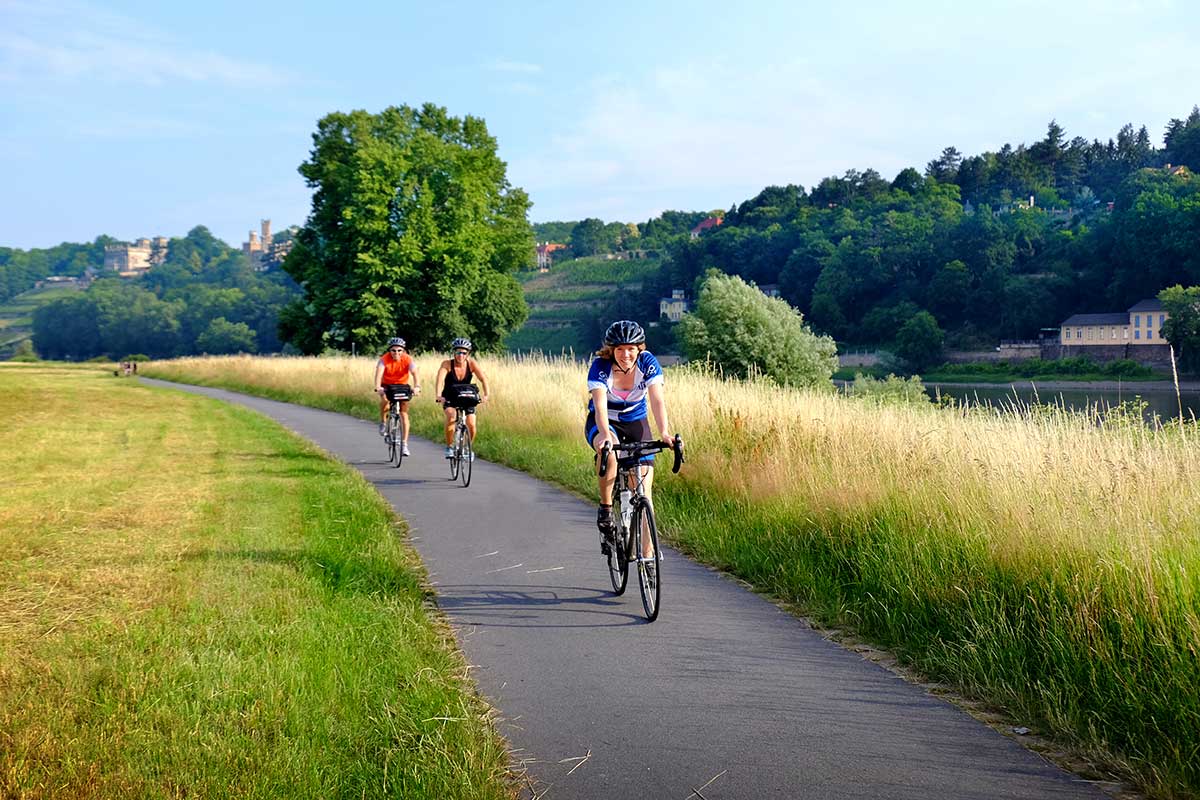 The Elbe Rising near the mountainous border of the Czech Republic and Poland, the Elbe River traverses part of northern Bohemia before making its way west through Germany and into the North Sea. One of the major rivers of Central Europe, the Elbe and its connecting waterways carry travelers to many of Central Europe's most worthwhile highlights, including Hamburg, Berlin, Prague, the Baltic Sea and more. But perhaps more than grand cities and their storybook histories, it can be said that equally magnificent are the wide-open plains that frequently line the shores of the Elbe, where farmland and pastures stretch from horizon to horizon, decorated by small villages. While the Elbe has marked borders and frontiers for centuries, from the Middle Ages to the Cold War, today it serves as a peaceful and serene symbol of unity. Travel with us along the Elbe River on our Berlin to Prague Bike Tour (also available Families - Older Teens & 20s)