Our Family Cruise on the Danube 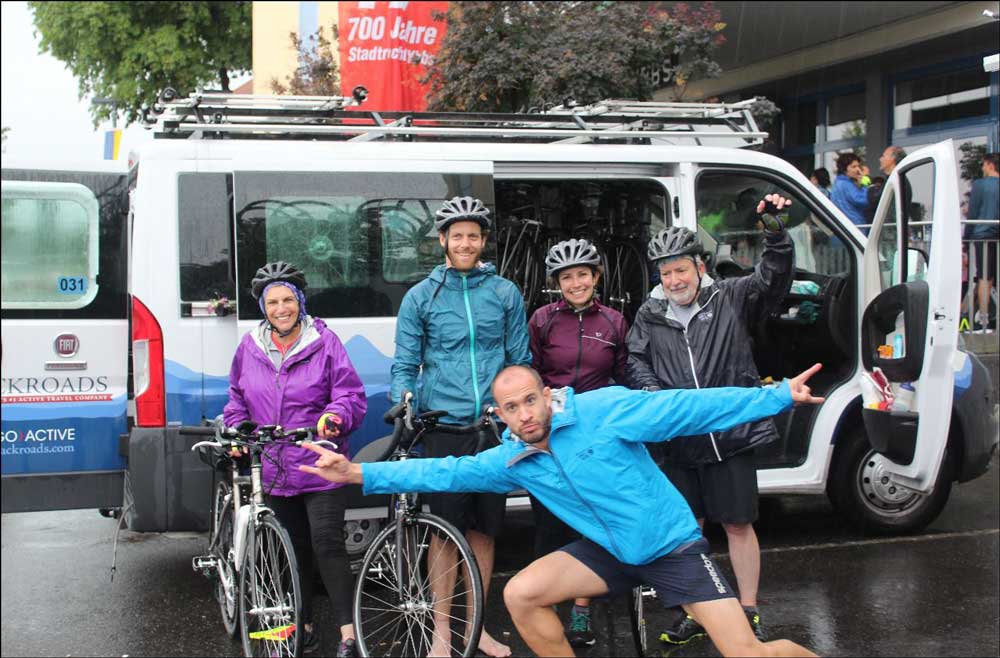 Not a single complaint. Not even a sibling spat. Not while we're biking in sweltering 100-degree weather. And not while we're biking in a downpour. "I've never seen 30 people volunteer to bike in the rain, and smile about it," said my daughter, Reggie Foldes. Anyone who has traveled with kids knows it's rare--very rare--for such amiability on a family vacation. "We're usually arguing about everything, even where to eat," said Jenna Bronfman, 18. That's one reason why her parents and the other families with us had signed on for this Backroads Family Trip for Older Teens & 20s in Europe. "Backroads takes all that stress away," explained Jenna's dad, Matt Bronfman, noting that this is his family's fourth Backroads trip. But this trip is significantly different. For one thing, rather than switching hotels every night or two, we're ensconced on AmaWaterways' luxe AmaStella ship as she cruises up the Danube River from Budapest to Vilshofen--a Backroads group of 30 among the 150 or so passengers on board. No packing and unpacking more than once! No worries about getting laundry done! Elderly grandparents can join the trip, opting for regular ship excursions and meeting up with the family in the evening.

This trip is also different because it's one of the growing numbers of scheduled Backroads departures designed for families with older teens, college students and those in their early 20s. There are more than 200 such departures in the coming year, everything from multi-adventure trips in Croatia to heli-hiking in the Canadian Rockies to camping in Utah's national parks. Increasingly, families with nearly-grown and grown kids want to continue to travel together but only have a week or two to make it work with their schedules. They don't need "family" trips with designated kids' activities, but they also don't want to be in a group  solely with adults in their 50s. Most importantly, they don't want to spend the week arguing among themselves! "It's better to have other people to be with rather than just my family," explained Mark Sikand, 20. The younger generation has a ready-made group to go exploring Vienna at night and also to hang out on board after parents have gone to bed. 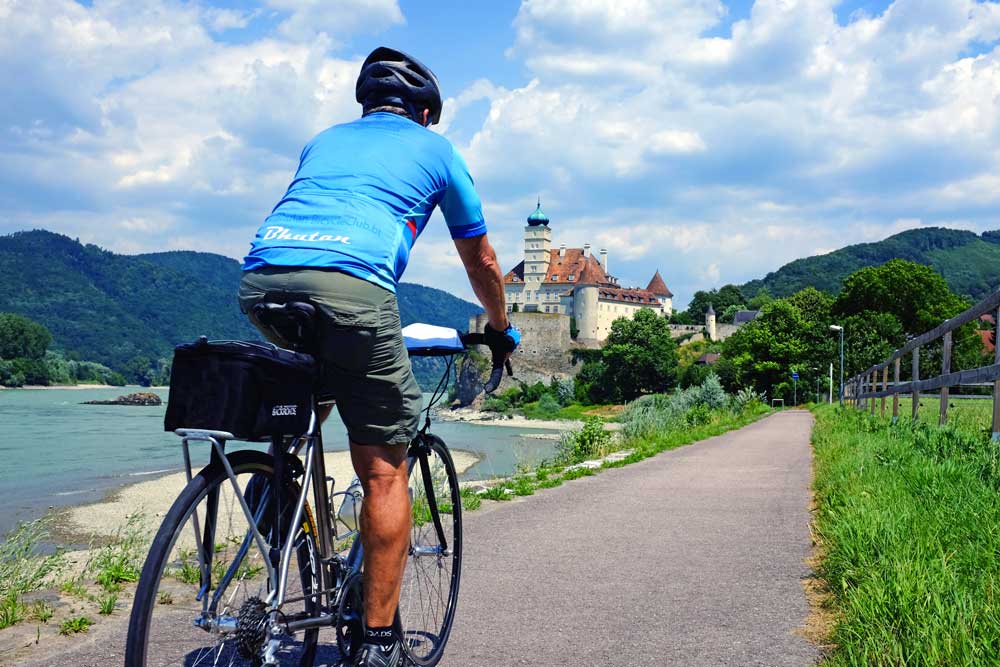 "With five adults traveling, you have five people with different agendas going in different directions," said Virginia Meyer, traveling with her husband and three sons aged 22, 24 and 26. "This is something we can all do together and everyone is happy." That might mean one member of the family skipping a morning bike ride after a late night or another spending more time photographing than cycling. We can also try one of the ship's excursions, as some did when there was a chance to visit Salzburg. But few want to skip the scheduled Backroads rides, as we're able to go much further afield than our fellow passengers, biking along the Danube amid orchards and fields of sunflowers, through small villages and past historic castles. To make it even easier, we have pre-programmed routes in Garmins GPS devices that offer multiple options, so we can choose if we want a more relaxed ride or a harder one. And the support van is just a phone call away, if not already waiting beside the route to check on us and offer up tasty snacks and drinks. 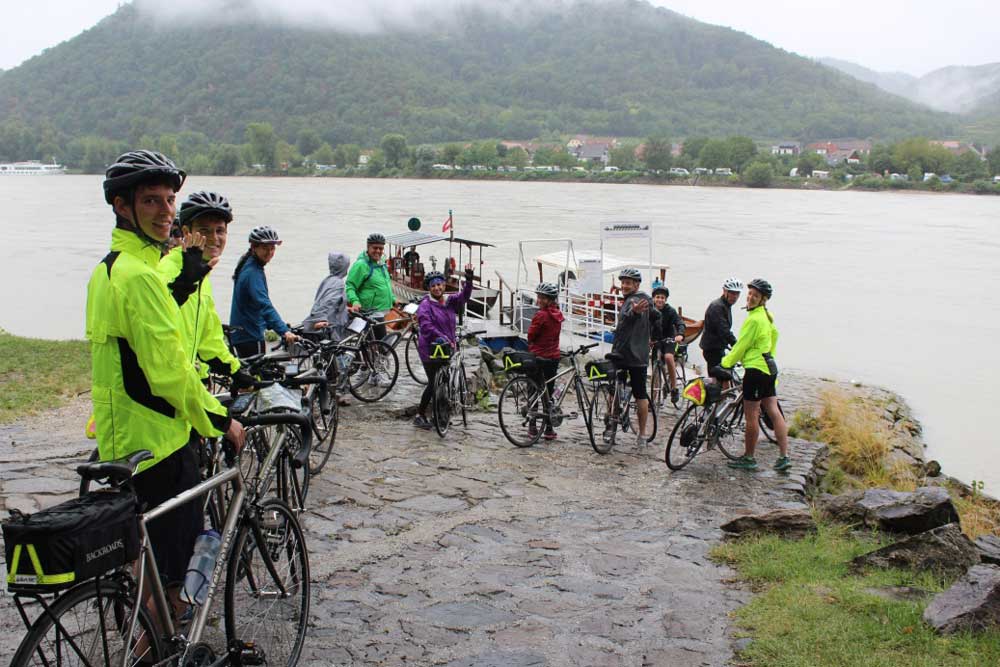 In our case, my husband and I see our daughter and son-in-law, experienced and fit bikers, at breakfast, at the lunch stops--always some quaint, out of the way place--and for drinks and dinner aboard the AmaStella, where we recount our adventures of the day (how many times did mom get lost?). Everyone has a different favorite day. For Jacqueline Clemons, who is celebrating her 18th birthday, it was biking in the rain through Austria's Wachau Valley. "Because it seemed so mystical," she said. "Conquering the never-ending hills on the last day of the trip in Bavaria," said my husband, Andy Yemma, proud to be 67 and the oldest in the group not riding an eBike. And touring Vienna with the Backroads group after a morning spent cycling on Danube Island alongside lots of locals. "I liked that the morning and afternoon were so different," said Jacqueline Clemons. The week is over far too fast. But not the fun. My daughter just told me some of the San Francisco-based younger generation are planning a ride together. Apparently what I've been told is true--the friendships you make on Backroads trips continue on well beyond the last day of the trip.