The Hidden Corners of Santorini 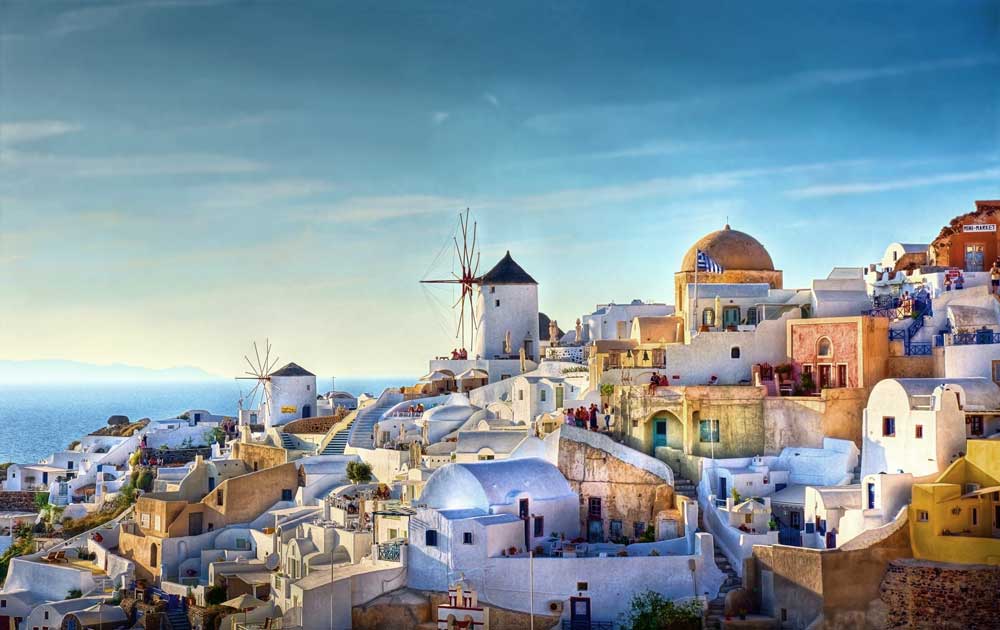 Santorini is a unique place. It is stunningly beautiful and distinct from any of the other Greek islands. It's a place that's composed of volcanic rock once heaved from the bowels of the earth, where inhabitants have continued to settle precariously on the slopes of its three-hundred-metre-high cliffs formed in 1500 B.C., during the second biggest volcanic eruption known to man. The ensuing nearly 500-feet-high deadly tsunami that followed the eruption is believed to have led to the eventual destruction of Europe's ancient Minoan civilization on the island of Crete, about 70 miles to the south.

This island's violent history of natural disaster is what has created this incredible landscape and why it continues to be an alluring place to explore. For me, there is no better way to experience this incredible place than on foot. My wife & I started our tour of Santorini in the capital city of Fira where white-washed houses, hotels and restaurants cling to the edges of the cliffs, appearing as something like snow-capped mountains from afar. We loved the charming arts-and-craft stores that adorn the quaint narrow streets of Fira. 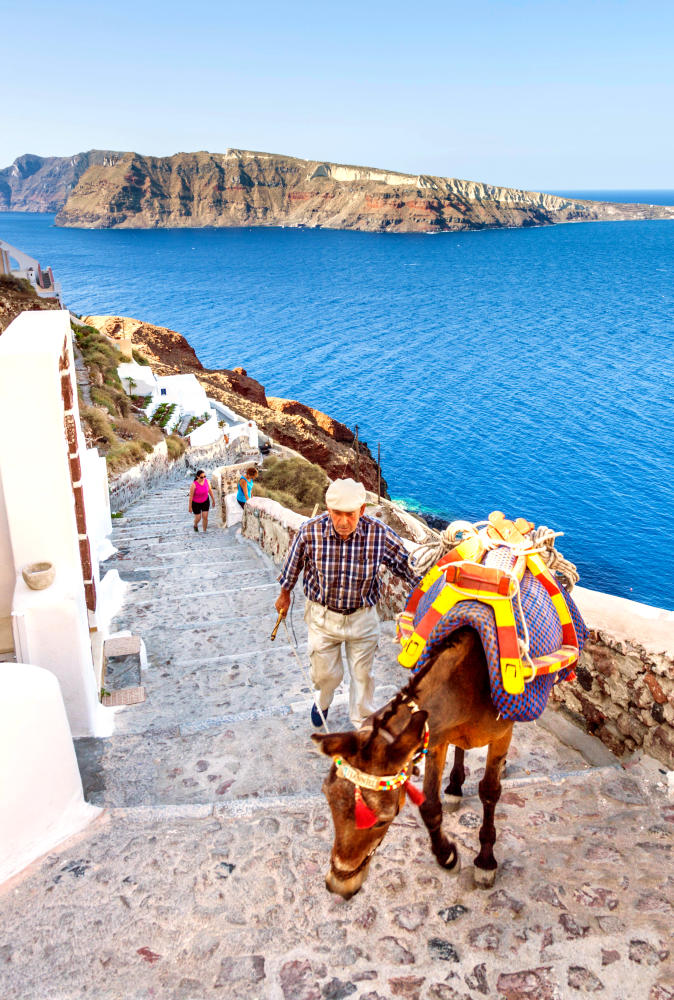 Next, we embarked on a hike to the volcanic center of the island. We descended the 588 steps that led from Fira to the old port, passing some resting donkeys that are still used to take tourists to the cliff's base. An old wooden boat took us to the small central island of Nea Kameni where we set out on a steep walk that culminated with sites of various sections of smouldering rock, as if the dormant volcano was attempting to remind us of its powerful presence. Back on the boat, we docked at the older Palea Kameni where we saw two hardy American couples diving into the deep, cool waters. I was quickly inspired to follow the group and we swam across to the hot springs where we enjoyed relaxing in the warm, muddy water as it bubbled around us.

Just as memorable is the hike we took from Fira to Oia, Santorini's northernmost point. In my past travels, I have walked in many places all over the world but have found nowhere to be as stunningly beautiful as this one. We followed a trail that meanders along a cliff edge, steeply rising and falling, with each twist and turn revealing fresh wonders. The deep blue water glistened to our left, as it caressed the small islands at the center of Santorini's caldera. As we continued along the route, the houses became increasingly larger, most with infinity pools offering a grand view. Then the trail became quite rugged and revealed a more natural beauty inherent in the terrain. At the end, we arrived in the remarkably picturesque town of Oia to see amorous couples strolling hand-in-hand along the narrow streets, waiting for the sun to set and romance to blossom. And ultimately, the sunset did not disappoint... the sky above Nea Kameni turned yellow, then orange, then blood red. Wow!  That was a perfect night cap to the most wonderful of days. 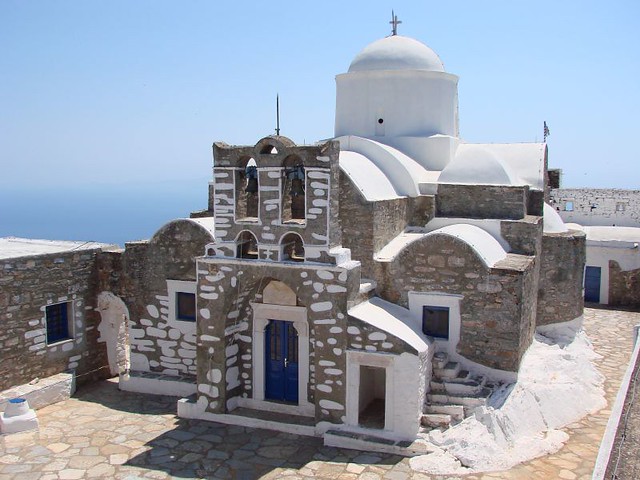 By hiring a car, or an ATV (all-terrain-vehicle) as we did, it's easy to explore other parts of Santorini. The first stop on our self-directed ATV tour was the monastery Profitis Elias (Prophet Elijach), perched on top of the island's only mountain. The views from the monastery are stunning and give a great view of Santorini's overall size and scale. Later we ascended the cliffs south of Kamari to visit the remains of Ancient Thira, a town that once belonged to Dorian colonists from Sparta. This site really offered us a greater understanding of how an advanced culture had prospered here on the island in the early 8th century BC. 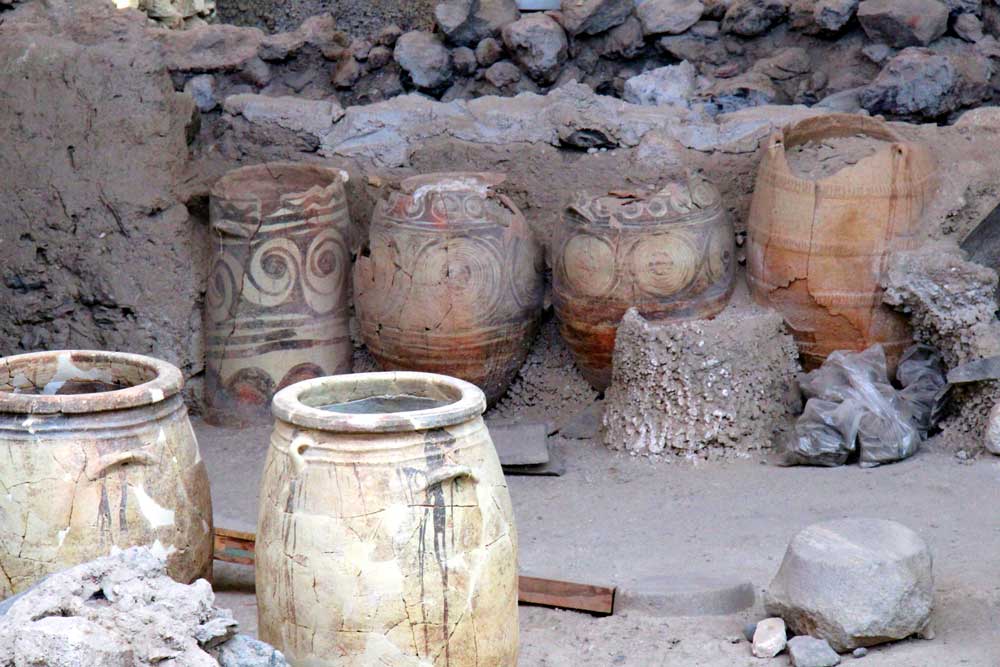 Next we visited the ancient remains of the prehistoric city of Akrotiri, a place many believe to have been the fabled city of Atlantis. Historians believe that civilized life here came to an abrupt halt in the 17th century BC, when the Minoans abandoned the city following powerful earthquakes and the enormous volcanic eruption that followed. Like Pompeii, the volcanic material that had covered Akrotiri effectively preserved the sophisticated settlement, which supports the belief that the advanced civilization of the Minoans had no equal in Europe. We also visited nearby Red Beach, White Beach and Perissa Black Sand Beach, each one a reminder of Santorini's volcanic past. Here, the colors of the pebbles and sand depend on which geological layer has been exposed. 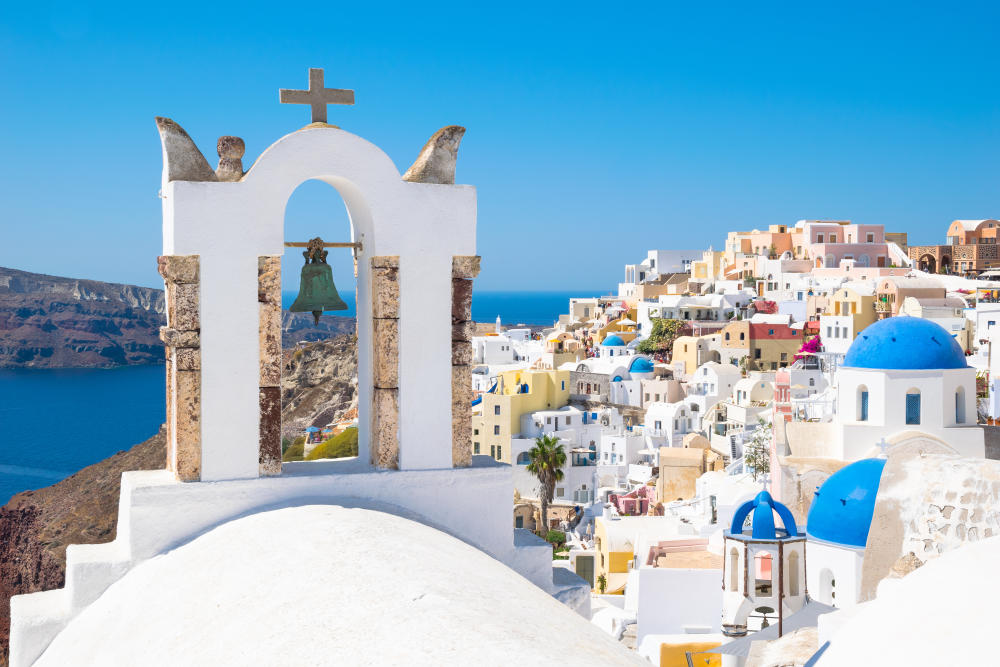 On Santorini, we found Greek hospitality to be exceptional! It is clear that the islanders value the tourists who contribute a great deal to the overall economy of the location. For us, it was extremely gratifying to sample delicious local foods such as moussaka, souvlaki, fava and yoghurt and to savour the crisp, full-bodied local wines. Evidence of Bronze Age viticulture reveals that locals have produced wine for over 3,600 years on Santorini. The porous and mineral-dense volcanic soil on the island contributes to the excellent grape-growing conditions. 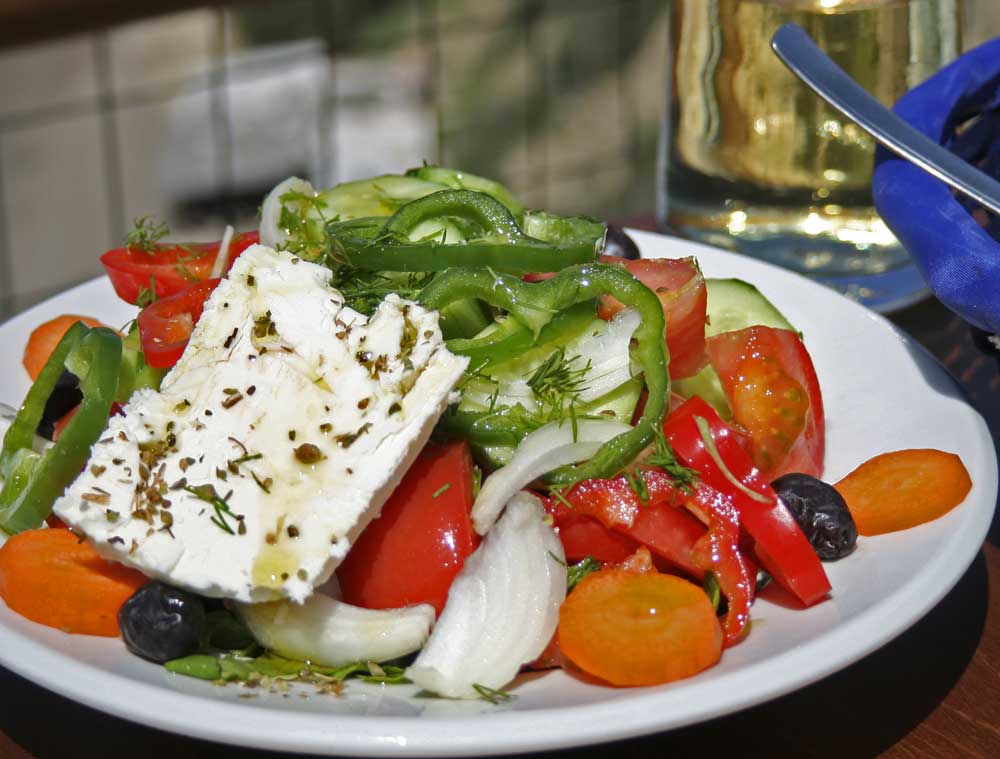 During our last night in Santorini, it seemed appropriate for us to make a toast to the island itself. "Cheers to Santorini, a place that continually surprises... a place of beauty, history and hospitality that will be forever etched in our memories!" 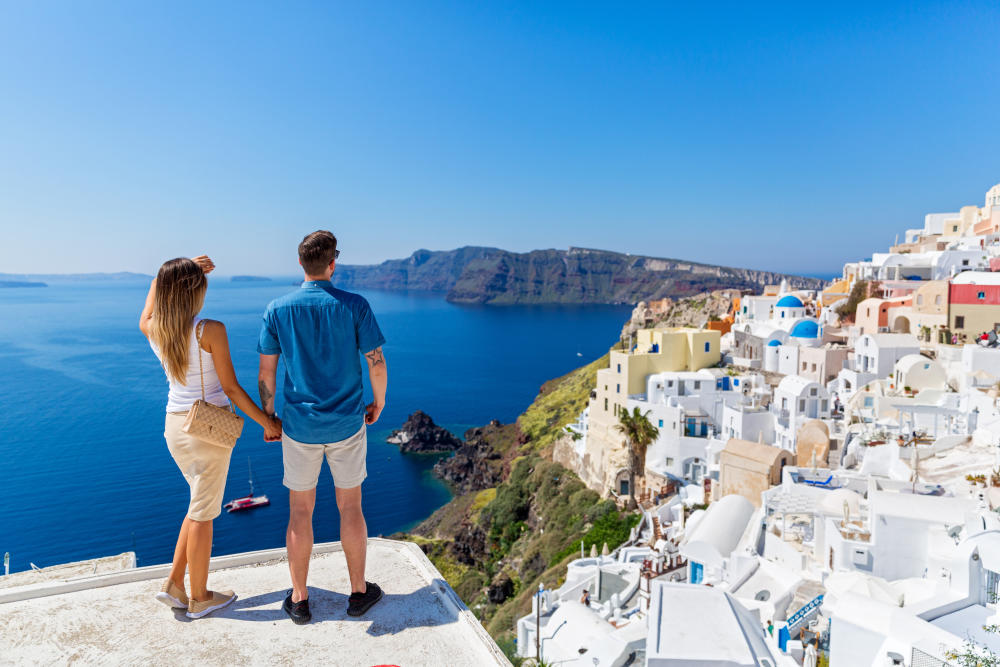 Fantastic article. Gives some great insights into the history, culture and geology of Santorini. I have been before but this piece highlights how much more there is to do there! Must go back 😊
Santorini is fascinating in so many ways. It may be a fairly small island but there's plenty of great places to explore away from the more well known areas. I strongly recommend an ATV as it's a perfect way to get around the island and so much fun to drive.
A beautifully written piece. Brought back happy memories when me and my husband visited Santorini. A beautiful place to visit.
Santorini is certainly a magical place to visit and I'm glad it helped remind you of those wonderful memories.
Nice one Phil. Sounds awesome.
Thanks, Santorini is my favourite Greek island and I've seen quite a few - you should definitely visit when you are able to.
Well written Phill. Brought back memories for Les and I, we swam out to those hot springs as well, was great there. The island is very beautiful. xx
I always believe it is best to really experience a place in as many different ways as possible to truly appreciate it - swimming out to the hot springs gives you a fuller sense of the volcanic nature of the island.
Top