As Backroads has expanded the number of adventure tours we are offering in Africa in recent years, we're falling even more deeply in love with the unparalleled wildlife found throughout this amazing continent. Our Trip Leaders and guests are capturing some truly incredible photos of some of the most iconic animals in Africa and we felt the need to share! So in the spirit of celebrating the wildlife of Africa, here's a quick introduction to the famous "Big Five." Game hunters in Africa originally coined the phrase "Big Five" to describe the five animals deemed hardest and most dangerous to hunt on foot: the elephant, lion, rhinoceros, leopard and buffalo. Because of their size, aggression, intelligence and speed, these animals were trophies that came with significant risk, and were therefore prized above all others. Safari operators from Namibia to South Africa and Botswana now use that same phrase to describe the animals they know their clients hope to "shoot" with their cameras. This is encouraging, as it represents a shift towards adventure travel as a viable source of income for local operators, which is a major shift away from the catastrophic effects of over-hunting and poaching. This ecotourism has strengthened the need for protection of these incredible species and their habitat for both ecological and economic reasons. 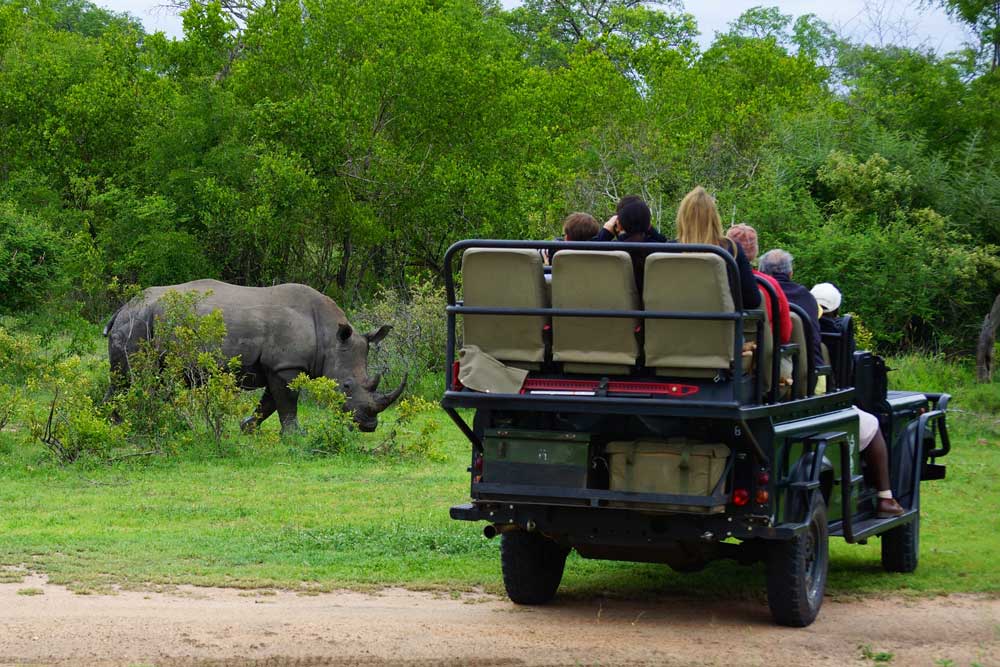 The African Elephant: The elephant is the largest mammal on land, with many males weighing in at over 13,000 pounds. It's also assumed to be one of the most intelligent - right up there with humans and dolphins--and have demonstrated the ability to recognize themselves, grieve, use tools, cooperate and potentially employ language. These herbivores can eat over 900 pounds of food each day. Starvation due to teeth loss in old age (between 40 and 60 years!) is often their cause of death, since their sheer size (coupled with giant tusks!) deter predators. Those tusks are the goal for poachers and hunters, however, who sell the ivory illegally. The current worldwide African elephant population is estimated to be around 700,000, with only 50,000 of those remaining in central Africa. 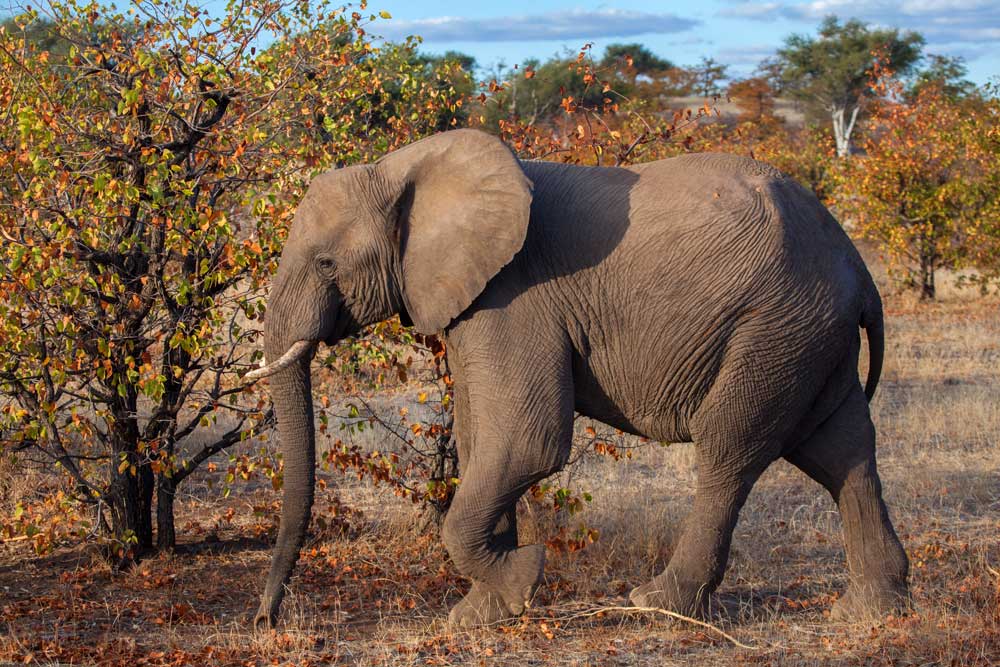 The Lion: Kings and queens of the savannah, African lions aren't your average house cat. Males can weigh up to 550 pounds and females up to 400 pounds, and, hunting as a pride (they are the most social and family-oriented of wild cats), they can bring down kills weighing well over 1,000 pounds. Loss of habitat and disease have reduced the population to somewhere around 30,000, making it a vulnerable species, not yet endangered. 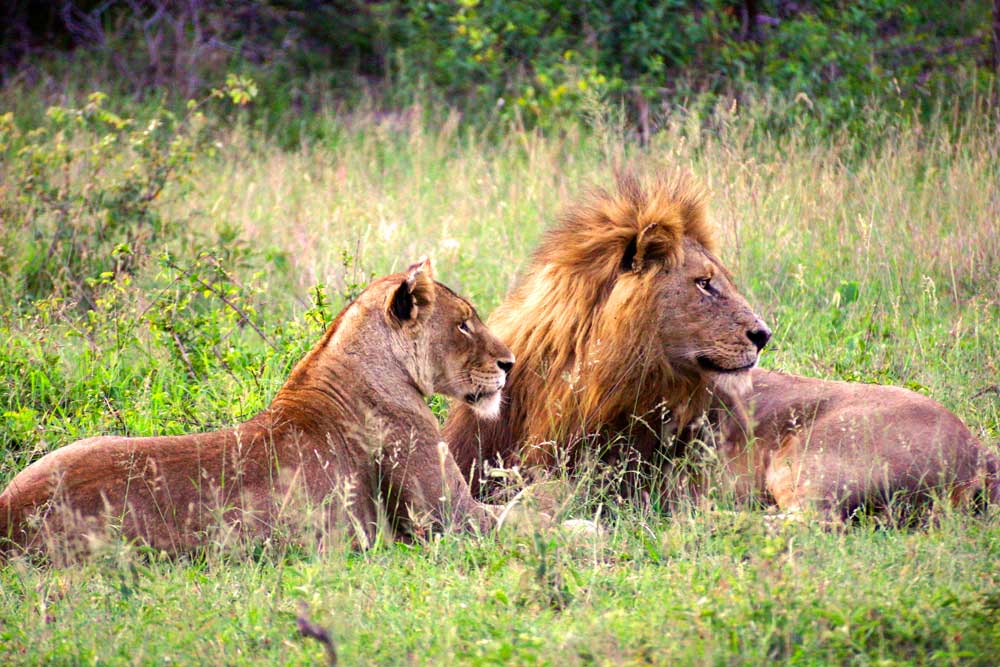 The Rhinoceros: Perhaps the most critically threatened of the Big Five, the black rhinoceros has long been a desirable trophy mostly due to its horn, which poachers can sell for top dollar in international black markets. It's an imposing, prehistoric-looking creature that has no natural predators due to its aggressive attitude, thick skin and the above-mentioned horn. Most estimates put current population at around 5,000, which is actually up from the species' all-time low of about 2,500 in 1993. The Southern white rhinoceros, which was on the brink of extinction with only 50 wild animals left in the world, has made a similar recovery thanks to conservation efforts. 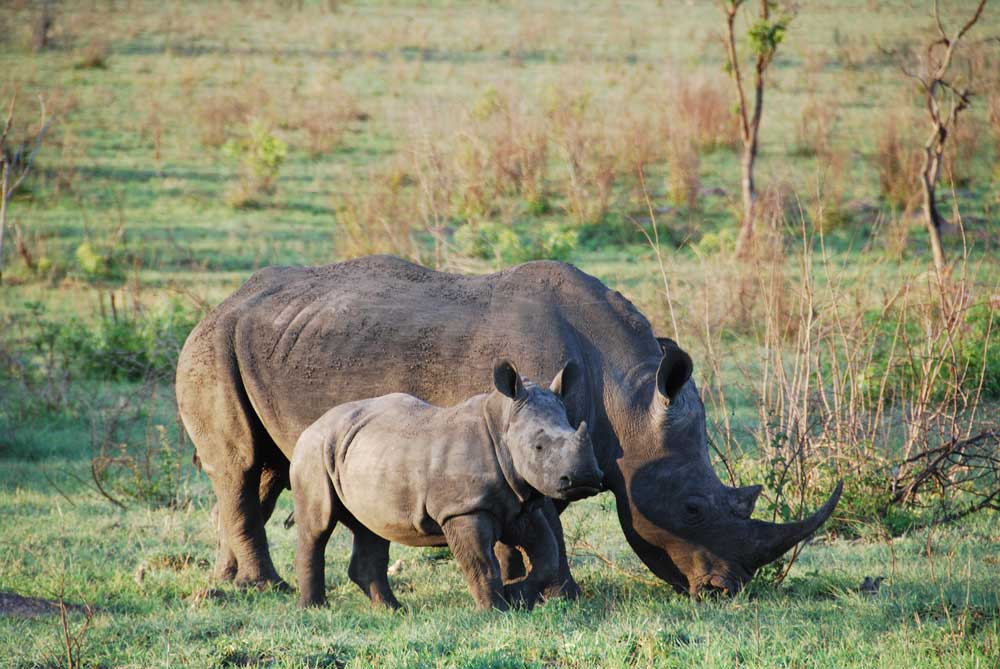 The Leopard: Unlike the lion, leopards are fairly reclusive, territorial and typically nocturnal, making them one of the harder targets to hit of the Big Five for both hunters and sightseers. They're much smaller than lions (males are typically less than 200 pounds) so speed and agility are the leopard's strong suits; they can reach speeds nearing 40 miles per hour and can leap nearly 10 feet straight up into the air. They're adept climbers who spend much of their day in trees, often bringing kills with them to guard them from other scavengers. 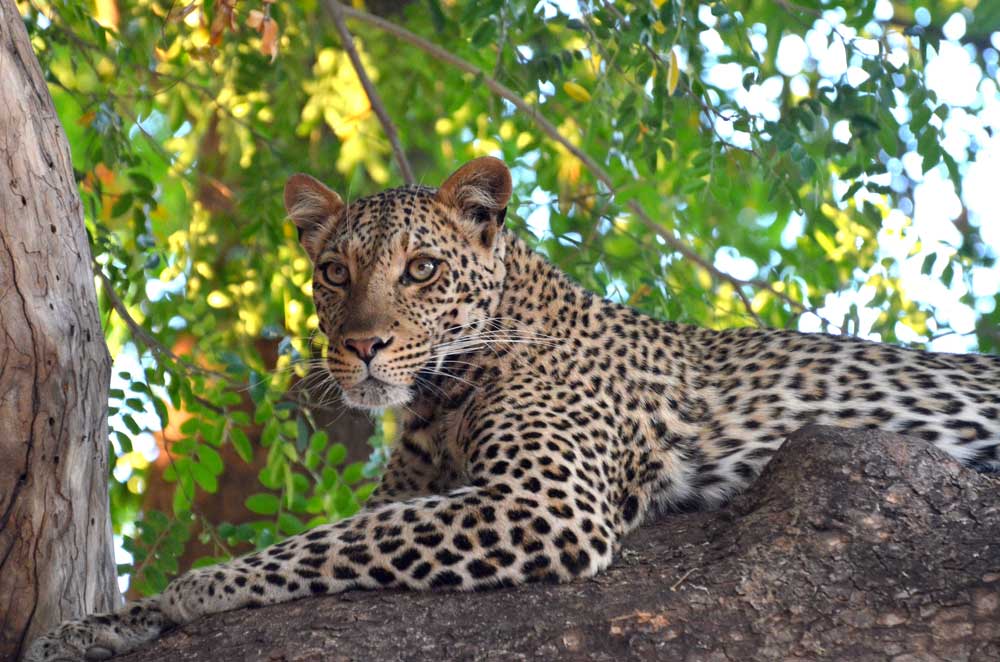 The Buffalo: Perhaps the most dangerous of the Big Five, the Cape buffalo is not to be confused with Bessie the Cow. No one's quite sure where the species originated (and it's estimated that around 500,000 still remain in Africa), but it has very little in common with other cattle and has some truly remarkable characteristics, not the least of which are its horns. Fused at the base, buffalo horns give the animal a nearly impenetrable bone shield that has been rumored to withstand even bullets. Only crocodiles and lions even think about attacking these 2,000-pound beasts, and over 200 people a year are reported to be maimed by them, so stay back!

Game and trophy hunting is a hot topic, with critics claiming it has had much to do with the current "vulnerable" (lion and elephant), "near threatened" (leopard), and "critically endangered" (black rhinoceros) classification of these animals. Supporters argue hunting helps wildlife, since permits and fees can theoretically fund conservation efforts. For most visitors, however, sightseeing safaris with responsible operators, such as those we partner with at Backroads, offer an authentic way of experiencing Africa by providing the big thrills of spotting the Big Five in a conscientious way. For any world traveler, adventurer, childhood dreamer or wildlife enthusiast, Africa is a magical place beyond comparison. Here's to Africa and all those who are working to protect its wildlife for future generations.