A Trip Leader's Guide to the Wildlife of Costa Rica

There's a place in Central America where you can encounter some of the highest levels of natural wealth found anywhere on earth. It's an area of lush jungles, mystical cloud forests and pristine beaches that hug both the Caribbean Sea and the Pacific Ocean. And it's a place that is home to a vast array of rare and interesting animals... some found nowhere else. 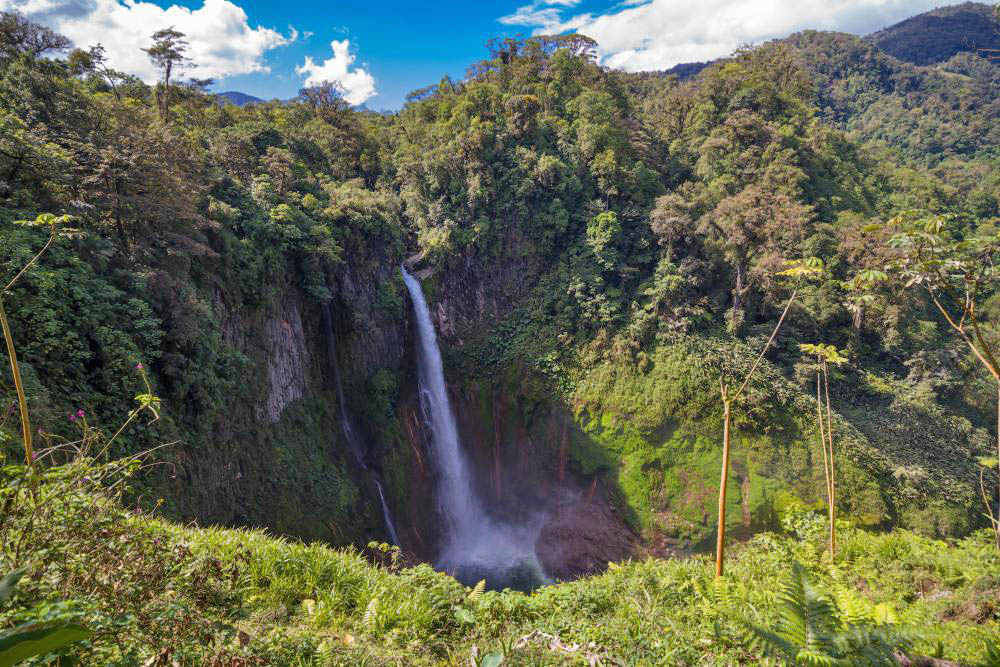 The place is Costa Rica, a remarkable country that contains just one-third of a percent of the earth's surface, yet supports nearly 6% of the world's biodiversity. National parks and wildlife reserves cover more than 25% of its total land area. In a space smaller than the state of West Virginia, more than half a million species thrive, representing 4% of the species that exist in the world. These numbers are mind-boggling, and still they don't capture the magic of exploring Costa Rica.

Consider this: there are officially over 900 species of birds that live in Costa Rica, more than in the US and Canada combined. And some of these species are quite extraordinary. For example, Amazilia boucardi (the mangrove hummingbird), is endemic to the Pacific Coast of Costa Rica and feeds on only one type of plant. Then there's the resplendent quetzal that hangs out in cloud forests feeding on wild avocados, strutting its marvelous colors and maintaining its official post as the country's national bird. And don't forget birds of prey, the fruit-eating rainbow-colored Toucans and the 400 different species of parrots! So, it's no surprise that Costa Rica also boasts nearly 8,000 species of moths, over 1,250 species of butterflies, 175 different amphibians, 225 types of reptiles and close to 225 species of mammal. 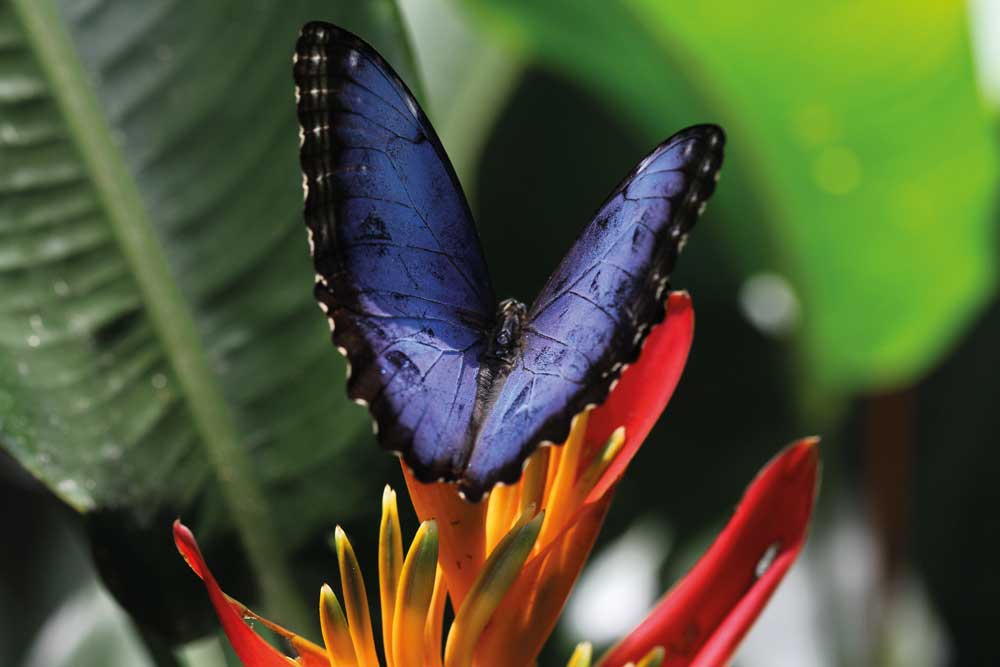 What it all boils down to is this: even if you only have a few days to spend in Costa Rica, it's very likely that you'll see some downright amazing wildlife, possibly on several occasions! In the morning you may find yourself peering through the rain at a howler monkey; during the afternoon you just might spot sea turtles sleeping next to you on the warm beach. Considering the myriad of possibilities to spot incredible wildlife in Costa Rica, here are a few other fabulous creatures that I highly recommend keeping your eyes peeled for: 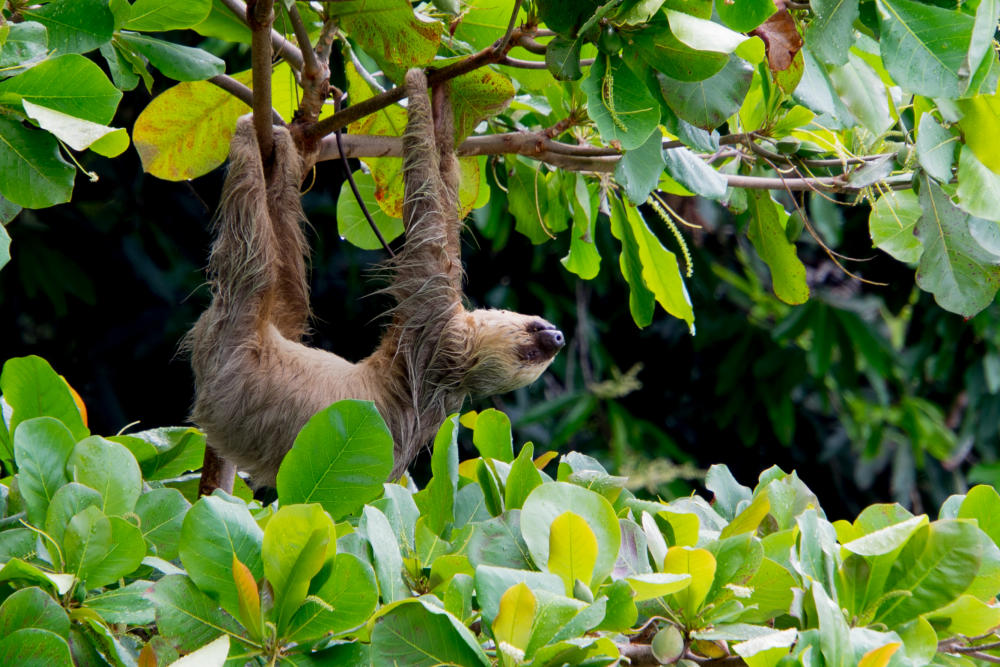 The lush tropical rainforests of Costa Rica are home to many tree-dwellers, but the one that is arguably the best known is the sloth. While three- and two-toed sloths can be seen hanging upside-down from tree branches in the wetter regions of the country, they are not easily spotted. This may be because sloths sleep up to 20 hours a day and when they do decide to move, they are hopelessly slow. So slow, in fact, that green algae actually grows in their shaggy coat, helping them blend in with the trees, which in turn helps to camouflage them from the dangerous eyes of predators. Many folks chalk the sloth's sluggish lifestyle up to laziness, but it is actually a particular evolutionary adaptation that accommodates their low metabolic rate. Watch out, though—these gentle, ever-smiling creatures just might melt your heart! 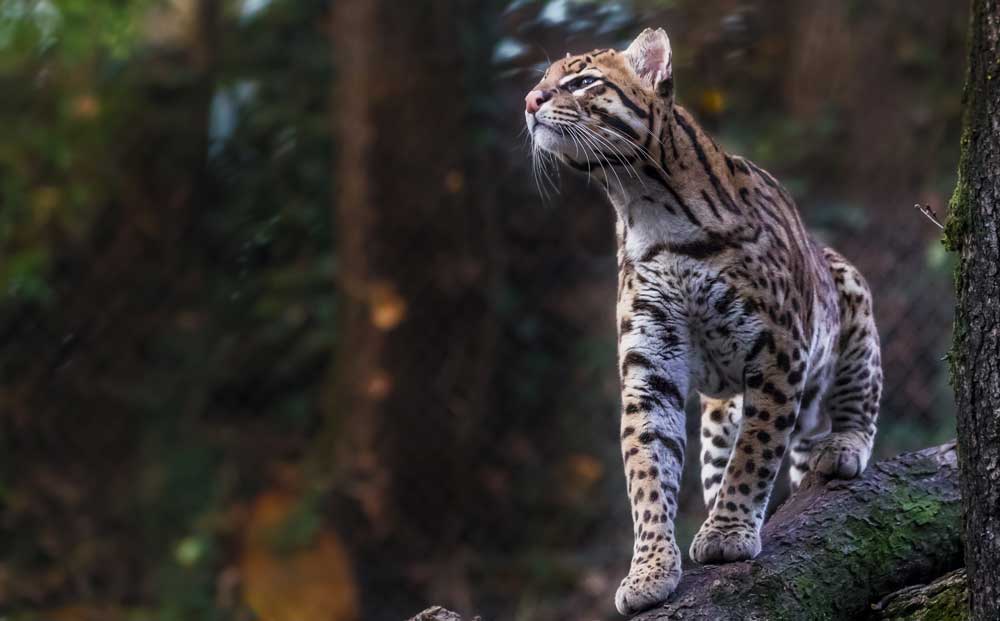 With such an assortment of small mammals roaming the brush and trees of Costa Rica, it makes sense that the largest carnivore in Central America prowls within this territory as well. Sadly, the jaguar, a longtime icon of Costa Rican wildlife, has become quite endangered. So an opportunity to spot one in the wild is extremely rare. However, you do have a good chance of seeing another wildcat—the ocelot! Twice the size of an average house cat, the ocelot sports an absolutely gorgeous coloring: a beige coat splattered with black, white, and gray rings and markings and a distinctive white spot on each ear. Ocelots feed on small mammals and reptiles and can grow to a meter long. That's a fairly hefty cat! In addition, there are four other types of wildcats that also stalk the Costa Rican jungles. Ranking second is size and power to the jaguar is the puma, or mountain lion. The margay cat, a smaller-bodied and wider-eyed lookalike of the ocelot, leaps like a squirrel among the treetops. Long and sleek, the jaguarundi is the swimmer of the group and looks like a cross between a cat and a weasel. And if you venture into the cloud forests, you enter the territory of the tigrillo. Though similar in appearance to a housecat, the tigrillo is among the most secretive of the wildcats. As a result, little is known about their lifestyle. 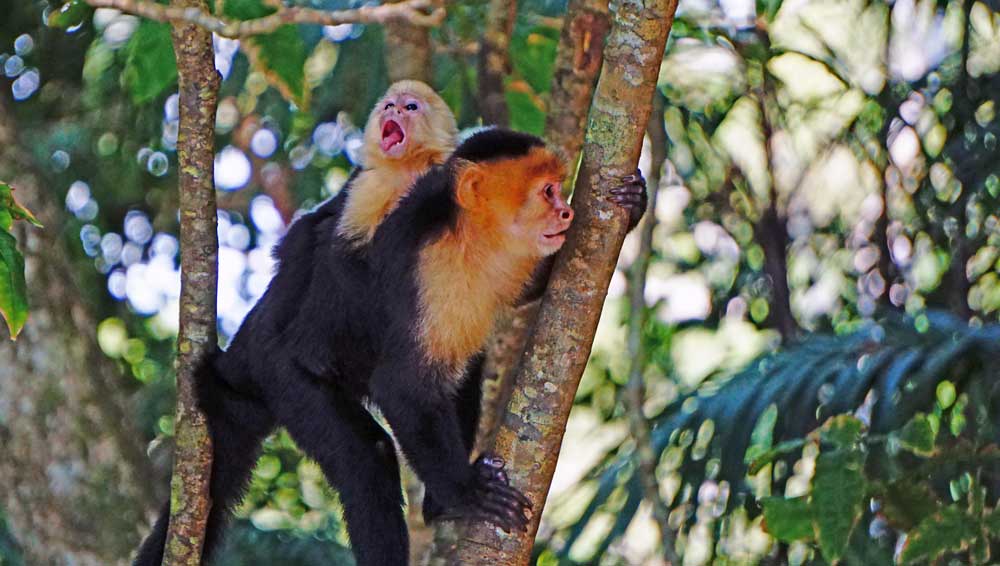 In Costa Rica, it is wise to hold on to your hat—literally—because here, four species of monkey roam the forests and coastlines. And they are not a bit shy! The American squirrel monkey, most often seen in Manuel Antonio and Corcovado National Parks, ranks as the smallest of the group. With black and white facial features and distinct orange coloring on the back, these monkeys are undoubtedly cute, but they can also be feisty. The Central American white-faced capuchin monkey is probably the most recognizable of the four species, having been popularized by the Pirates of the Caribbean movies and the occasional busker or circus performer. They are incredibly intelligent and highly social so be sure to look around when you spot one; there are likely 10-15 other members of the troop close by. Mantled howler monkeys are the largest and loudest of the group. Primarily black in color, howler monkeys are more often heard before seen.  Male howlers have an enlarged hyoid bone near the vocal chords that amplifies their calls and allows them to communicate with their troop without expending unnecessary energy. 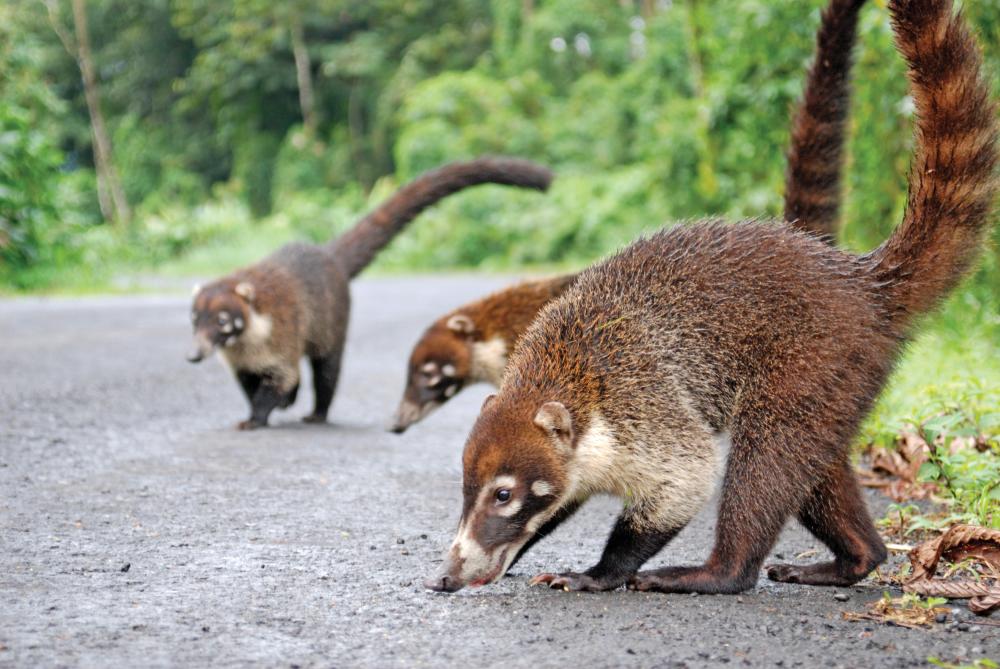 While you're driving along the highway or hiking through the rainforest in Costa Rica, you may spot what initially may appear to be a herd of large cats snuffling around the forest floor, searching for insects to munch on. These are coatis or pizotes, as they are more commonly called here. A cousin of the raccoon, the coati has light, dark or reddish-brown fur, a white mask, and a ringed tail. It's easy to see the family resemblance! Coatis are agile animals with strong claws. The tail helps them balance as they maneuver skillfully through the treetops. Quite social, they are usually found congregating in large groups along popular hiking trails, despite the presence of humans.  Be careful! If you look into the puppy-dog eyes of the Coati, you might be inclined to take it home. 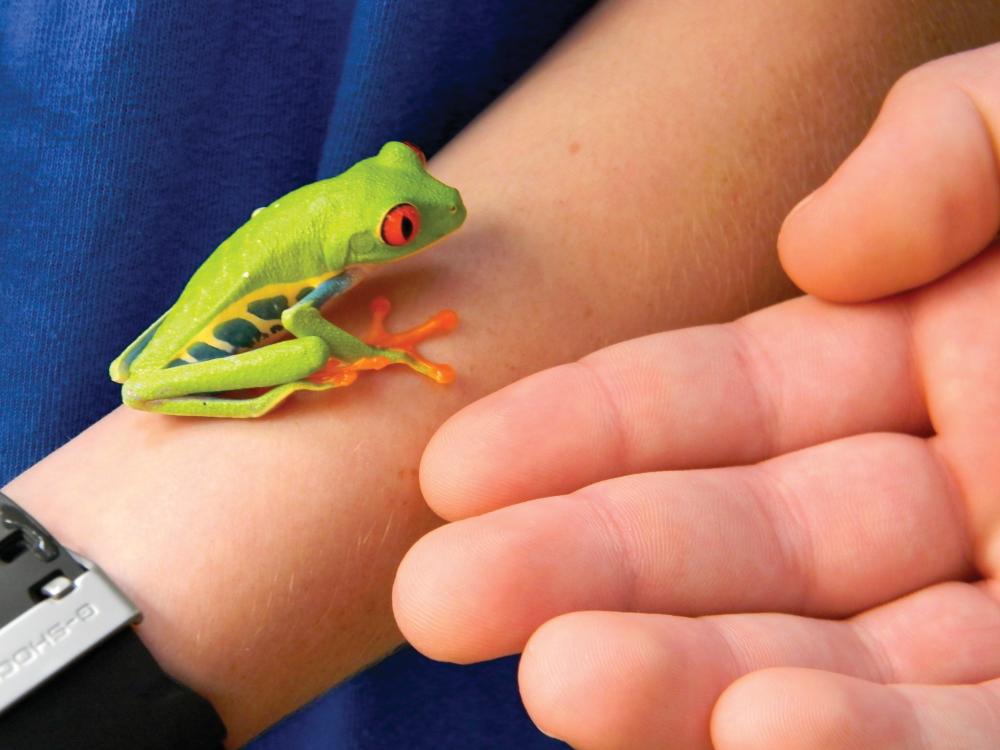 The most brilliantly colored animals in Costa Rica are undoubtedly the frogs and reptiles. In fact, the unofficial mascot of the country is the tiny red-eyed tree frog with its unmistakable piercing eyes atop a bright green and blue body. These little guys camouflage themselves simply by closing their big eyes as they rest upon a piece of green foliage. If they detect a predator nearby, simply opening their red eyes can momentarily stun a dangerous visitor while the frog has a quick chance to flee. Other beautiful reptiles of Costa Rica include the poison dart frog, iguana, sea turtle and even crocodiles! There are also a variety of snakes that are commonly found here. One of these, the venomous eyelash viper snake, is a bit of a celebrity. Evolution has bestowed upon this colorful reptile what appear to be a set of eyelashes that would undoubtedly provoke envy in any human supermodel. Strangely, these eyelashes are not eyelashes at all, but actually modified scales situated above the eye that can aid in camouflage. The jungle is full of surprises! 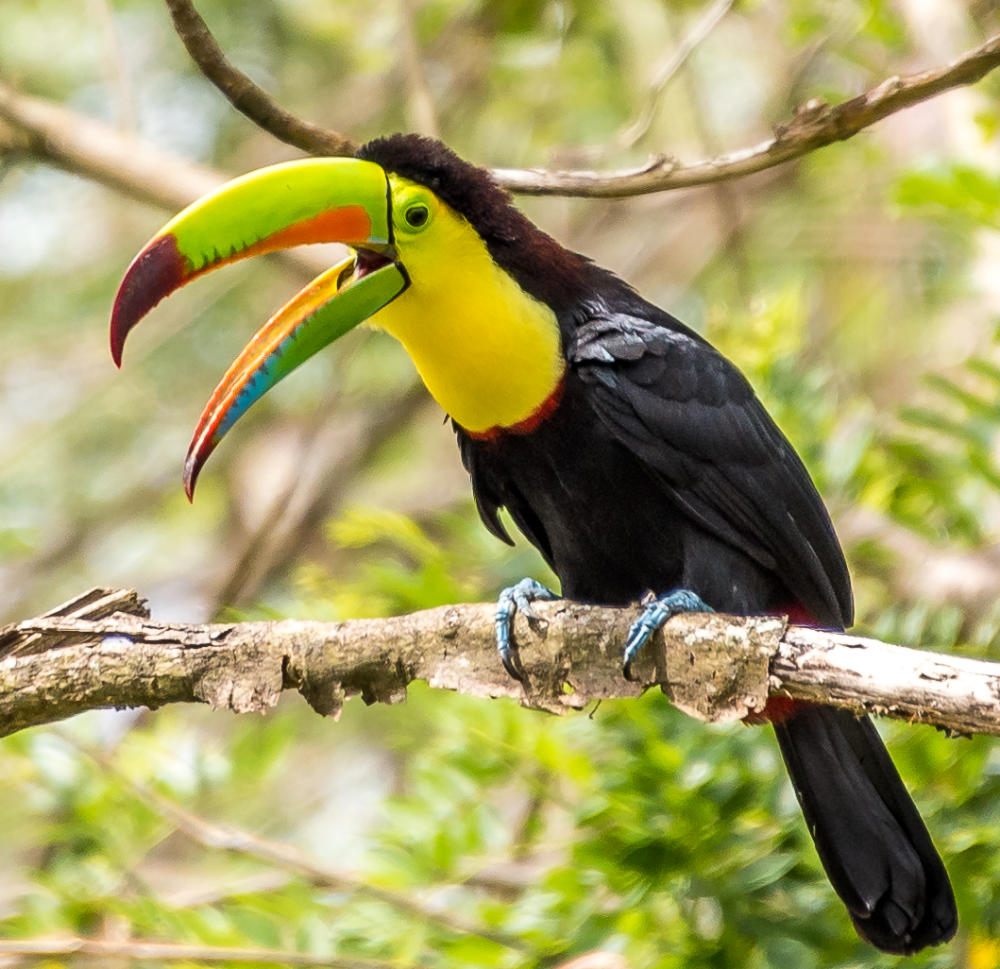 While some travelers may seek out a particular destination for its beautiful vistas or unique culture, anyone visiting Costa Rica can know with confidence that they are experiencing a place that surpasses all others in terms of the abundance and diversity of wildlife.

See for yourself on our Costa Rica Biking and Multi-Adventure trips!