South America is home to an impressive array of animals living in nearly every type of environment, from cactus-filled deserts to glaciated mountain peaks. While many are rare and found only in remote corners, your chances of seeing them are best when you slow your pace and venture onto the remote roads and trails that access the wild places of these beautiful landscapes. A biking or hiking adventure is a great way to see these places and spot some of these unique creatures. Here are five of our favorites! GUANACO 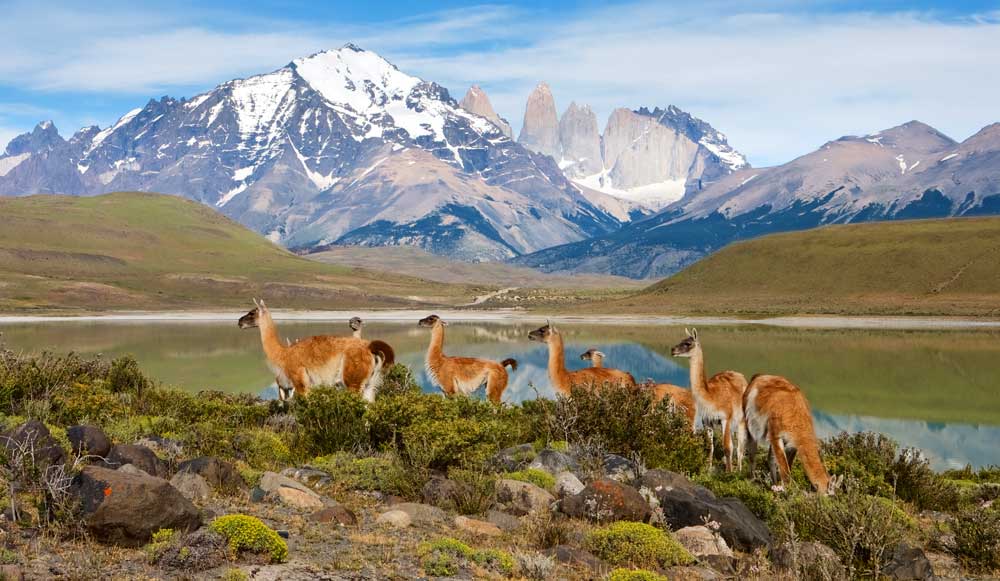 The Argentine countryside, including the rugged southern region of Patagonia, is a mix of desert plains and sharp mountains, and is no easy place to survive. The guanaco is one of the few animals to have adapted to such a harsh environment--even if it doesn't quite look the part with its long neck, luscious eye lashes and lips that curve into an eternal smile. Those necks, however, have extra-thick skin to protect against predators; those lashes protect from windborne dust; and the split in that upper lip provides dexterity for grabbing food. Like camels, they have two padded toes to help grip loose soil and, like cows, they have three stomach chambers to help digest the rather tough plants that make up their diet. Their wooly brown coats and mellow personalities are likely what appealed to the humans who domesticated them. So, as you travel the long roads of the Argentine pampas, keep a look out for these endearing and enduring creatures! ANDEAN CONDOR

Tribes all along the length of the Andes Mountain range have myths about this incredible bird. Andean condors are the largest raptor in the world and the largest bird of flight in South America. They use thermals to conserve energy, sometimes going a whole hour on a single wing flap. Condors scavenge most of what they consume--over 15 pounds in some sittings! They typically have one chick per year, which won't mature until the age of six, making any increases in population a slow process. Nonetheless, reintroduction programs have had impressive success in many South American countries, including down the mountainous spine of Chile. Keep your eyes skyward and you may just be rewarded with a sighting! SPECTACLED BEAR 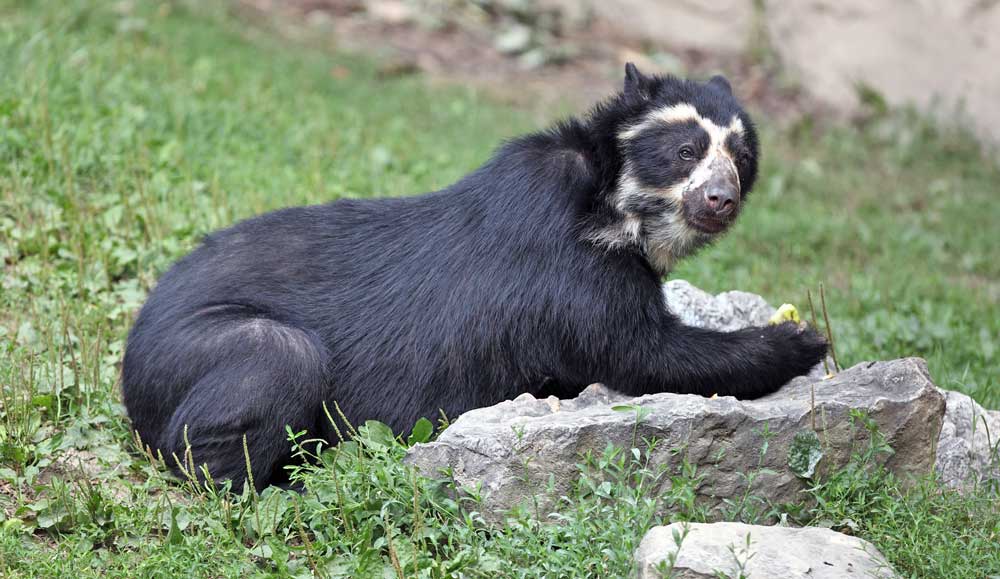 The only bear in South America, the spectacled bear gets its name from the light-colored fur around its eyes. North American visitors to the forests of Peru may also recognize this endangered species from its Paddington Bear fame. Shrinking habitat and poaching are the main threats to this shy and solitary animal; they're typically vegetarians and will have a go at crops when cut off from natural food supplies, often causing conflict with farmers. From bears studied in zoos, it seems likely that spectacled bears communicate through a variety of sounds, more than any other bear except the giant panda. They don't hibernate and usually have one to three cubs who stay with their mothers until about the age of one, but further efforts are needed to learn more about and protect these unique creatures. CAPYBARA 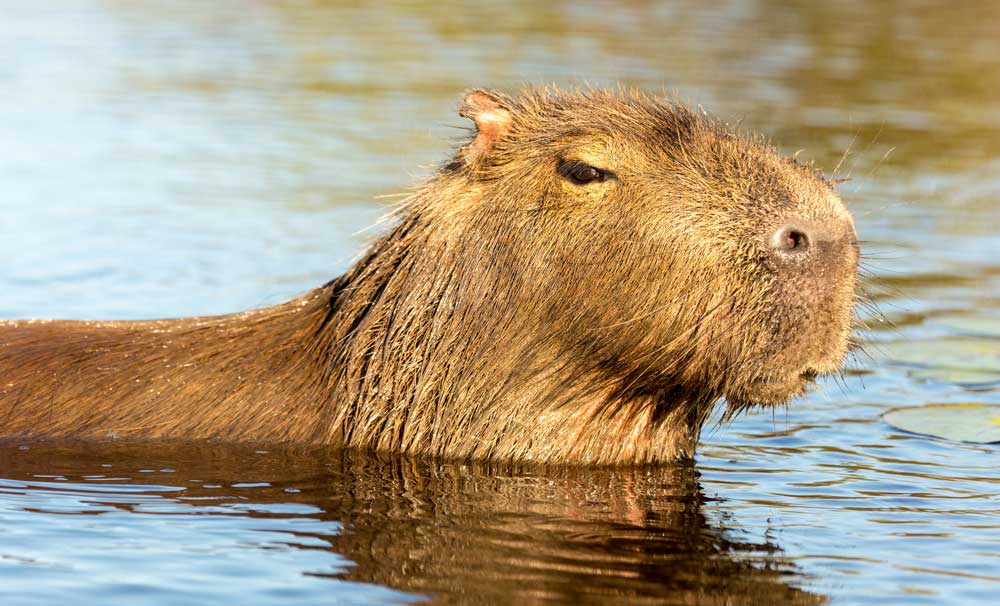 Travel the vibrant countries of Colombia and Ecuador and you might spot the largest--and maybe the cutest--member of the rodent family: the capybara. Not your average guinea pig, capybaras are two feet tall and can weigh 60 to 174 pounds! Adept swimmers, capybaras can hide underwater for up to five minutes, and since their eyes, ears and nose are on the top of its' head (like a hippo), capybaras can lift just those bits of its body out of the water to check things out without revealing the rest of itself to predators. Most of the six to eight pounds of food they eat a day is grass, and they live in family groups to help keep an eye on youngsters. MARINE IGUANA 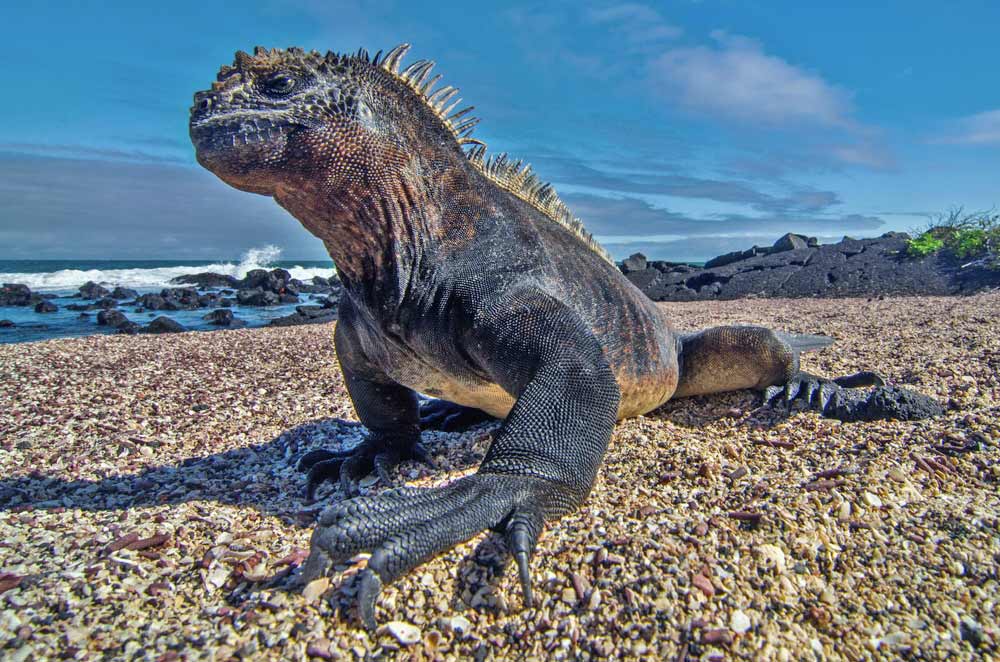 The marine iguana is the world's only ocean-going lizard. Scientists believe the lizard's ancestors floated to the Galápagos Islands--the one place it can be found today--on logs or other debris. Early explorers called them everything from "disgusting" to "imps of darkness," but their strange features are purely practical. They spend their time moving between shore and sea, using sharp teeth to scrape underwater algae and seaweed from rocks for their food. A flattened tail helps propel the iguana through the water, while long claws allow it to cling to things to avoid being swept away by currents. The iguana's dark grey color absorbs sunlight, keeping it warm in cold water, while special glands in its flat-faced nose allow it to expel salt ingested during feeding. Since these remarkable creatures can grow 4 to 5 feet in length and weigh up to 26 pounds, they're most vulnerable when still an egg or very young; feral cats and dogs (introduced to the Galápagos Islands by humans) tend to prey upon them. For this reason, though experts lack an exact population count, the marine iguana is protected throughout the Galápagos.