After traveling in Sri Lanka for six months, I reluctantly said my goodbyes and got into the car. I looked out the window to take in the fleeting sights of the vibrant jungle one last time during the ride to the airport. As we were passing through the area between Yala National Park and Udawalawe National Park, a major migration corridor for wild elephants, we encountered a huge elephant standing in the middle of the road. 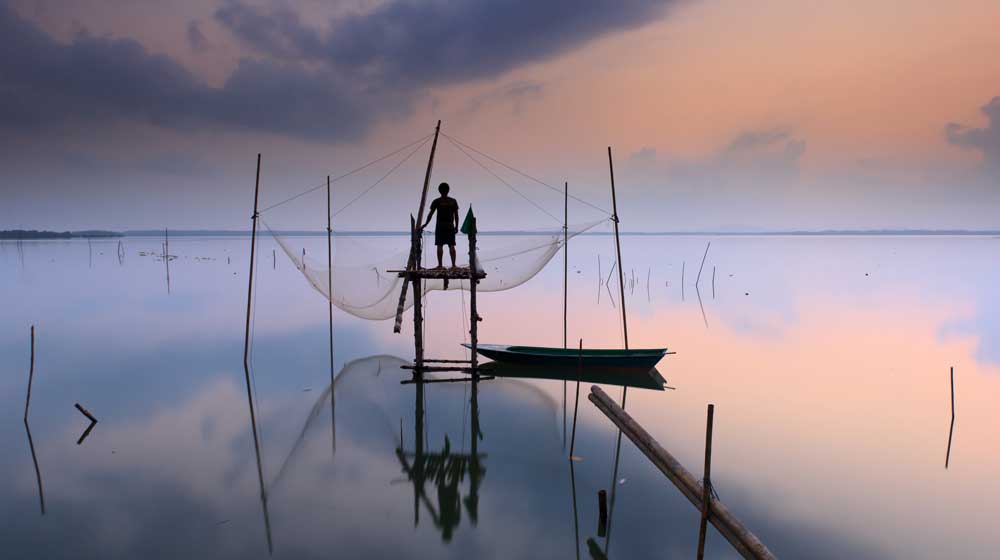 As we got closer, it became evident that the elephant wasn't planning to move off the road. The driver grew impatient and tried to slowly maneuver around this major road block. As we approached, the elephant walked toward our car, heading directly toward my window. Then, suddenly, he raised his big ole' trunk and slobbered all over my window...it was as if he had given me a special Sri Lankan send off in the form of a juicy elephant kiss! I was speechless as the driver continued on and I looked back to watch as the elephant waved his trunk at my departure. It really was a magical moment in a country which I have been intrigued by since my first visit two years ago and have grown even more fond of each time I return. 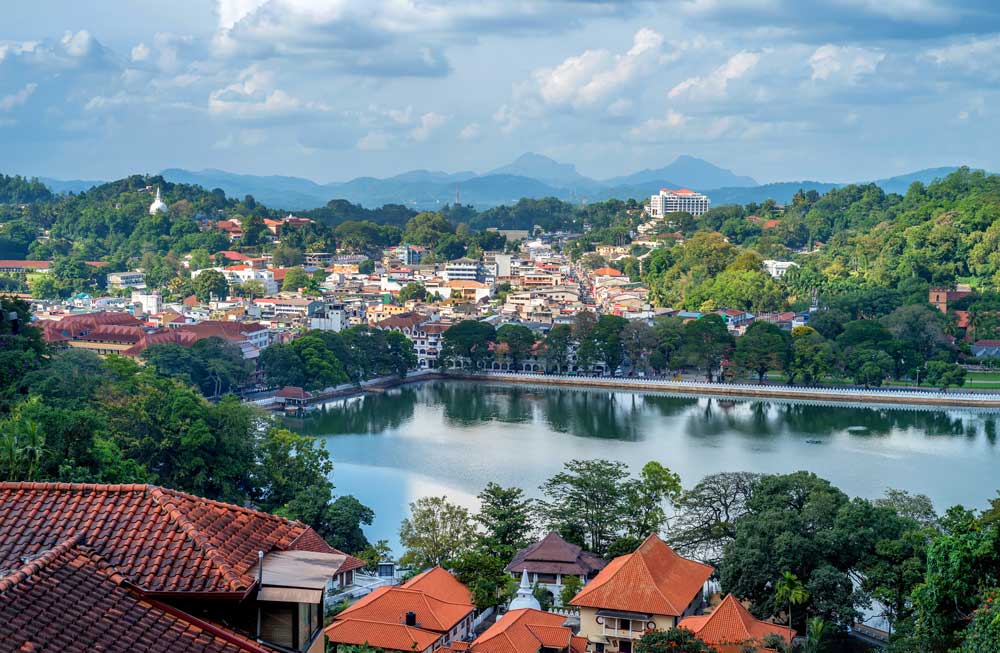 When I heard Backroads was exploring the idea of a new biking trip in Sri Lanka, I was instantly delighted with the idea of introducing Backroads guests to this part of the world via two wheels and by way of some amazingly luxurious accommodations. Here are just a few of the many reasons you should consider Sri Lanka as the destination for your next adventure: Now is the Perfect Time to Go 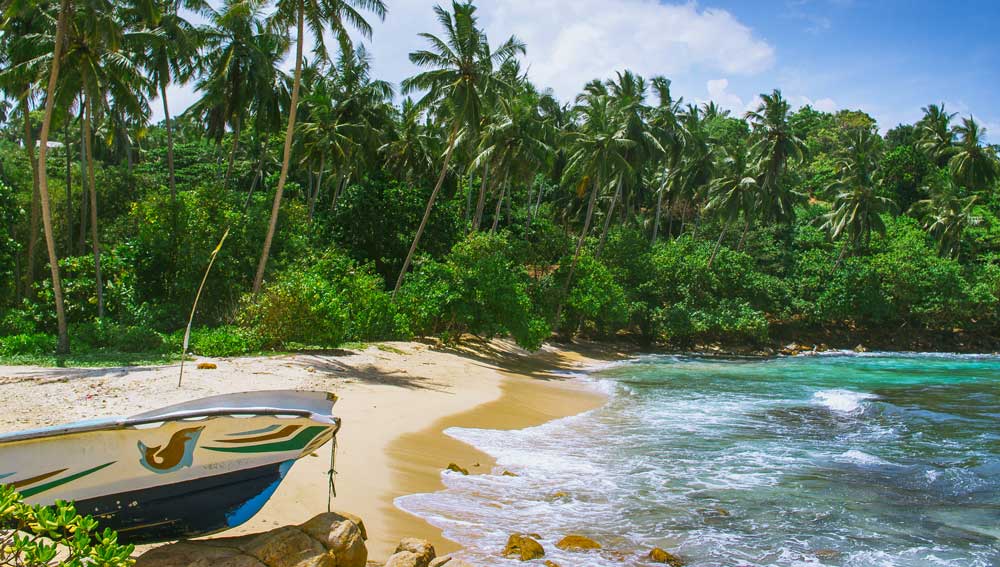 Sri Lanka is a country of inspiring beauty and intriguing culture. Formerly known as Ceylon, this small, tear-drop shaped island nation lies south east of India and north east of the Maldives. Infused with a variety of European influences--the Portuguese, Dutch and British traded here--Sri Lanka has a long history of exporting spices and has become the world's second largest exporter of tea. However, a 25-year civil war and the devastating 2004 Boxing Day tsunami left parts of the country in shambles. As a result, compared to other countries in southeast Asia, the development of Sri Lanka as a tourist destination has been delayed. But that's precisely why it's now such a worthwhile place! This tropical paradise has been largely overlooked by tourists (particularly Americans) and remains an off-the-beaten-path destination, yet to be fully-discovered by travelers. These days, Sri Lanka is thriving and firmly on the cusp of becoming a new hot spot destination for international travelers. 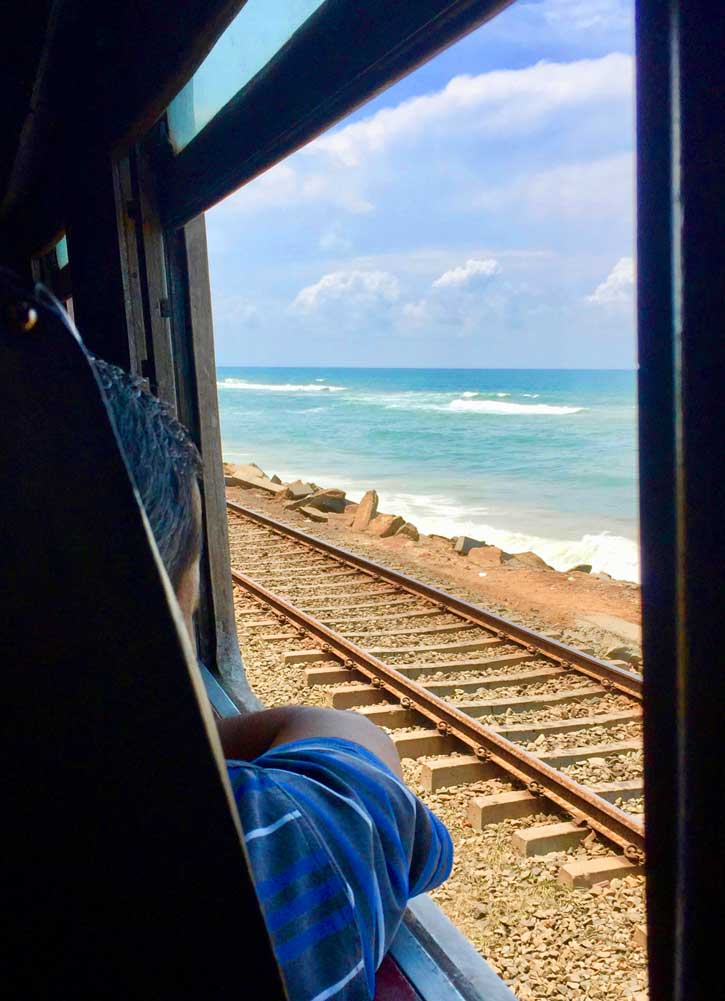 A Sense of Adventure For me, Sri Lanka evokes strong feelings of the exotic. No matter where I am on the island, it always seems remote and undiscovered. Yet, it's easy to get around...in no time you'll feel like an intrepid traveler whether you journey by car, train, tuk-tuk or even sea plane! The small size of the island (you could fit six Sri Lankas inside the state of California) means that you can see a great deal in a relatively short period of time. During the day you can cycle along winding country roads, up and over emerald green hills where women adorned with beautifully colored fabrics pick tea leaves by hand. Music from nearby temples may lure you inside where you can learn about Buddhism and the local's sacred daily practice. When your stomach starts to rumble, the flavors of Sri Lankan cuisine will enliven all your senses. Mouthwatering curries, sambals (relishes), sundals (salads) and mallums (green dishes) will introduce you to aromatic spice combinations you may never have considered. By all means, don't miss the hoppers (crispy coconut pancakes with an egg cracked in the middle), pol sambol (coconut relish) and kottu roti (chopped flatbread with mix of vegetables, meat, eggs & spices)! Luxury Accommodations 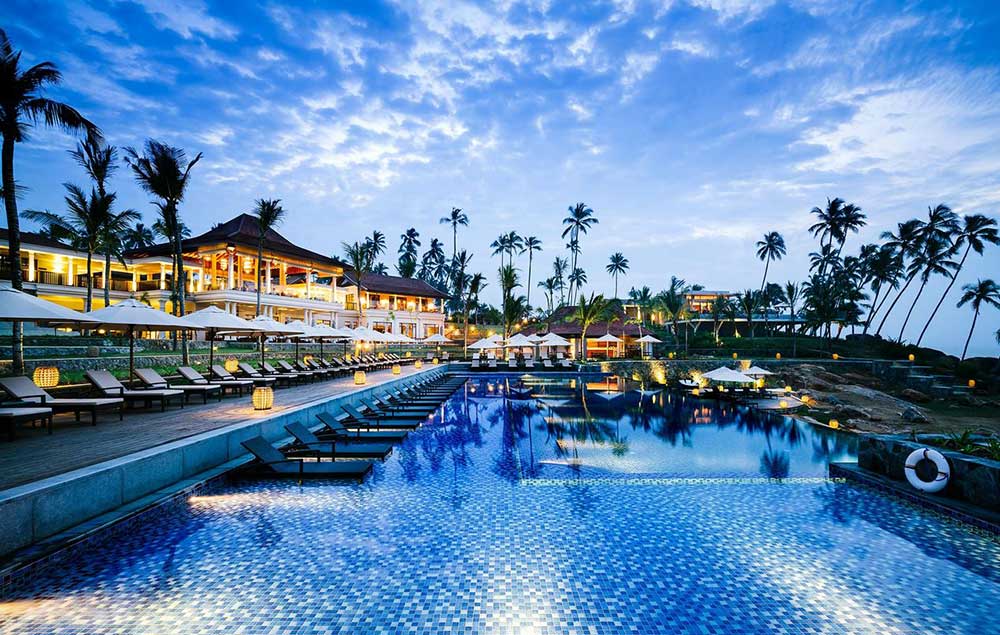 After a day of exploring in Sri Lanka, you may find yourself at a luxurious 5-star hotel, complete with exemplary service in your private bungalow or oceanside villa. Accommodations in Sri Lanka provide a diversity of experiences that often seem to surpass expectations. Travel back in time with a stay at a 200-year-old palatial villa turned designer boutique hotel that originally served as a residence of the last Chief Minister of the Kandyan Kingdom. Or maybe you fancy a stay at the uber-luxurious Amangalla situated within the protected walls of the 17th-century Dutch-built Galle Fort? A UNESCO World Heritage site, it's considered the best-preserved colonial fortification in Asia. What about a lavish two-night stay on the coast, complete with infinity pool, detoxifying and restorative spa treatments, and walks along golden sand beaches just outside your room? These hotels are sure to be a highlight of your trip to Sri Lanka. Biodiversity 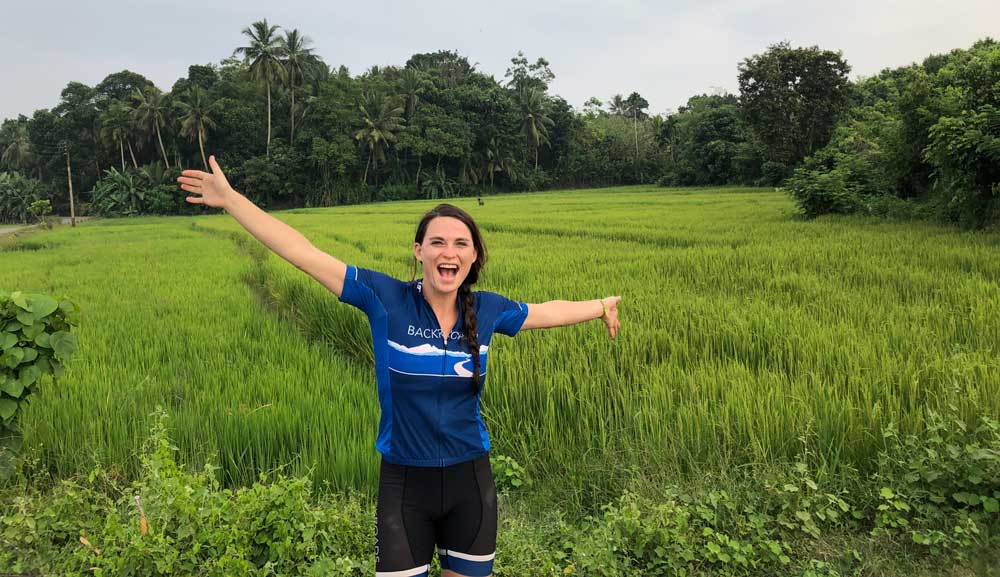 I believe the enchantment of Sri Lanka can be best experienced by spending time in the unique natural landscapes and among the flourishing biodiversity found on this island of rugged coastlines strewn with picture-perfect crescent beaches. There is a good chance to see tropical fish, dolphins, manta rays, and even the blue whale--the largest mammal on the planet--within the island's surrounding cobalt waters. There are also dense tropical rain forests and a variety of national parks where wildlife abounds including elephants and the elusive leopard. Sri Lanka has one of the highest number of endemic species of any country and is one of the top five "biodiversity hotspots" in the world. Unique History 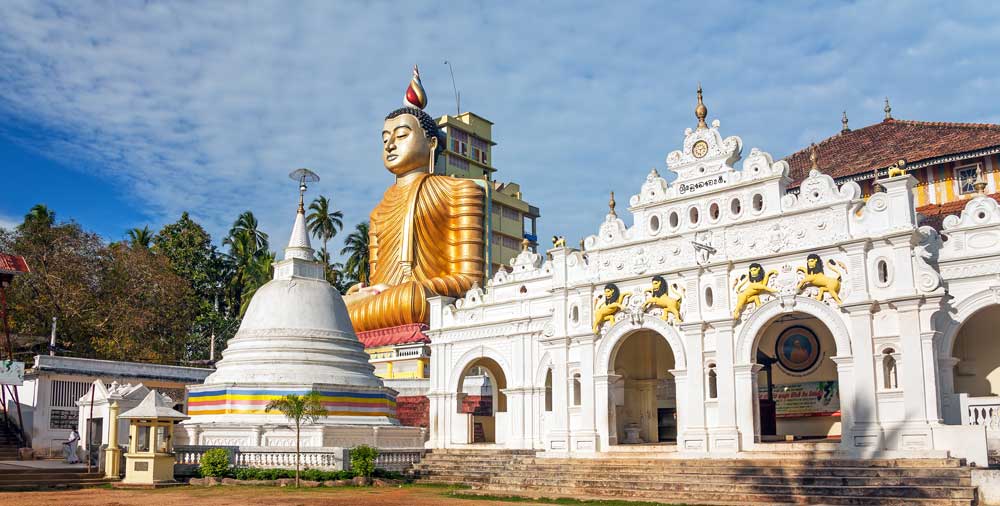 Sri Lanka harbors a fascinating mix of religions including Buddhist, Hindu, and Muslim traditions. Locals will adamantly insist that you visit the numerous temples, mosques and stupas that dot the landscape as well as the ruins of ancient cities and shrines that reflect the region's intriguing cultural history. Considered the cradle of the ancient spice trade, Sri Lanka's fertile and diverse soil types have nurtured the cultivation of a variety of spices since time immemorial...which have also attracted people from the far corners of the globe. The ancient Egyptians used Sri Lanka's native cinnamon as a preservative in cooking and as an important ingredient in their embalming process. According to Roman and Greek records, Arabian traders transported the island's clove, cardamom, nutmeg, vanilla, pepper and cinnamon to Europe starting in the 7th century A.D. Welcoming Culture 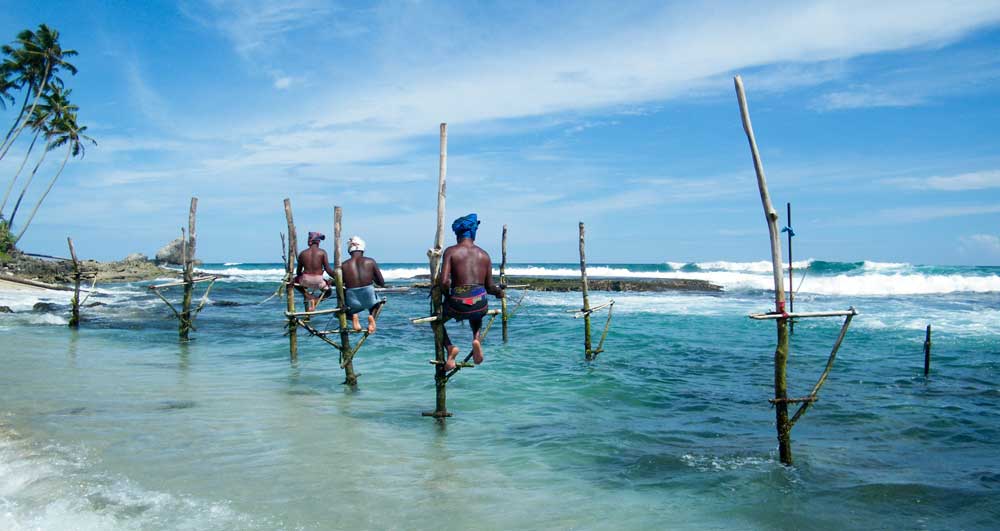 Colorful hillside villages, bustling train stations and steaming roadside pots of curry give visitors the chance to connect with the warm souls of the island. In my experience, Sri Lankans will welcome you with open arms and eagerly share their stories. Even if you don't speak the same language, it's amazing what can be communicated without words. I have found that these interactions are easy to find and ultimately give this destination a deeper personal meaning. Getting to know the locals and getting a glimpse of life in Sri Lanka will surely be a highlight of your visit, should you choose to make the journey to this wonderful place, 'the pearl of the Indian Ocean.' 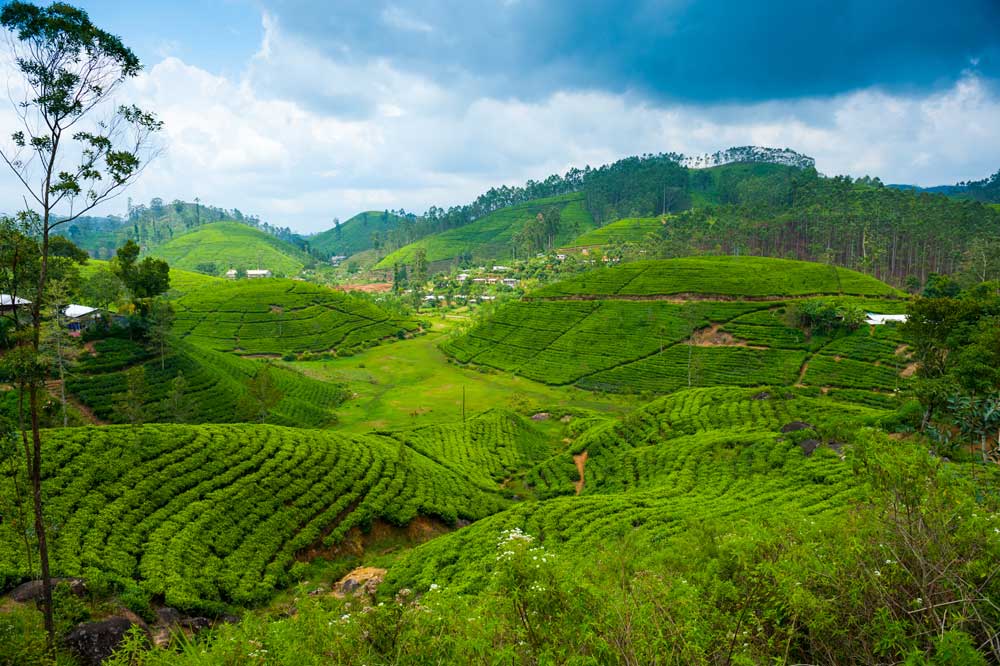 Arthur C. Clark, a British science fiction writer who emigrated to Sri Lanka and lived there for over 50 years, made this observation: "It may well be that each of Ceylon's attractions is surpassed somewhere on Earth; Cambodia may have more impressive ruins, Tahiti livelier beaches, Bali more beautiful landscapes (though I doubt it), Thailand more charming people...But I find it hard to believe that there is any country which scores so highly in all departments."

Annie! This is so cool...definitely inspiring me to travel there. You are a wonderful writer and express yourself beautifully. Keep up the good work kiddo!
Top