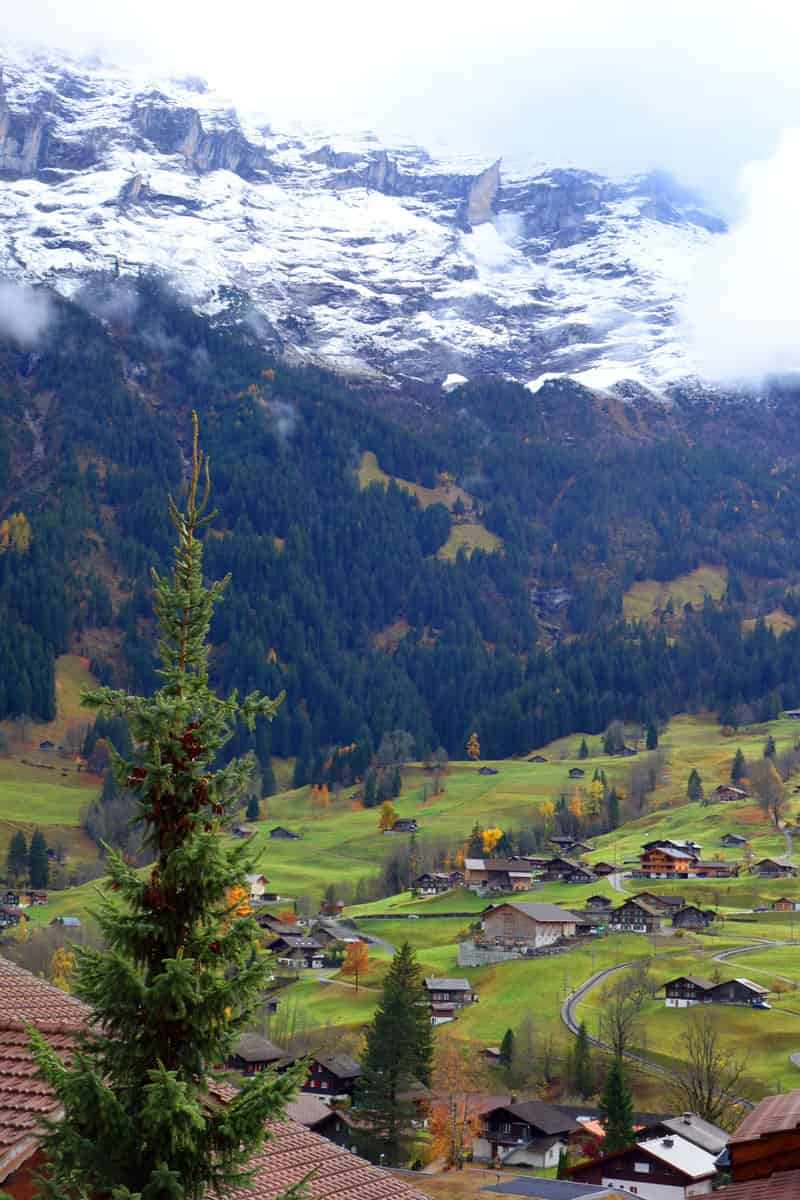 It's said that long ago in the Bernese Oberland region of Switzerland, there were two monasteries at the top of the world. One, on a peak called the Jungfrau (the virgin), is where the women would stay. The other, called the Eiger (the ogre), housed the men. In the middle stood the most formidable of the three peaks, called the Mönch (the monk), to keep the sexes apart. These mountains tower over the village of Grindelwald. The Eiger in particular, with its steep exposed north face, has long been a test piece for serious mountaineers. Last fall another Backroads leader and I hiked in the shadow of the Eiger--and you can too! On the Backroads Switzerland Multisport Adventure Tour you'll ride into the quiet mountain town of Interlaken and take a train to Grindelwald, the last habitable place before the mountains truly begin. At 3,400 feet above sea level, Grindelwald isn't particularly high but from its train station I looked up 10,000 feet to the cloudy summits of Jungfrau, Eiger and Mönch. The train from Interlaken continues part of the way up and around the mountains until the terrain becomes too steep for the tracks to run on the surface. At 7,600 feet, at the toe of Eiger Glacier, the railway cuts into the mountains and continues up another 4,000 feet through a delicate tunnel carved into the stone. We didn't take the train to the top but hopped off that little-engine-that-could at its last open-air stop. At this juncture, the Eiger hike begins. 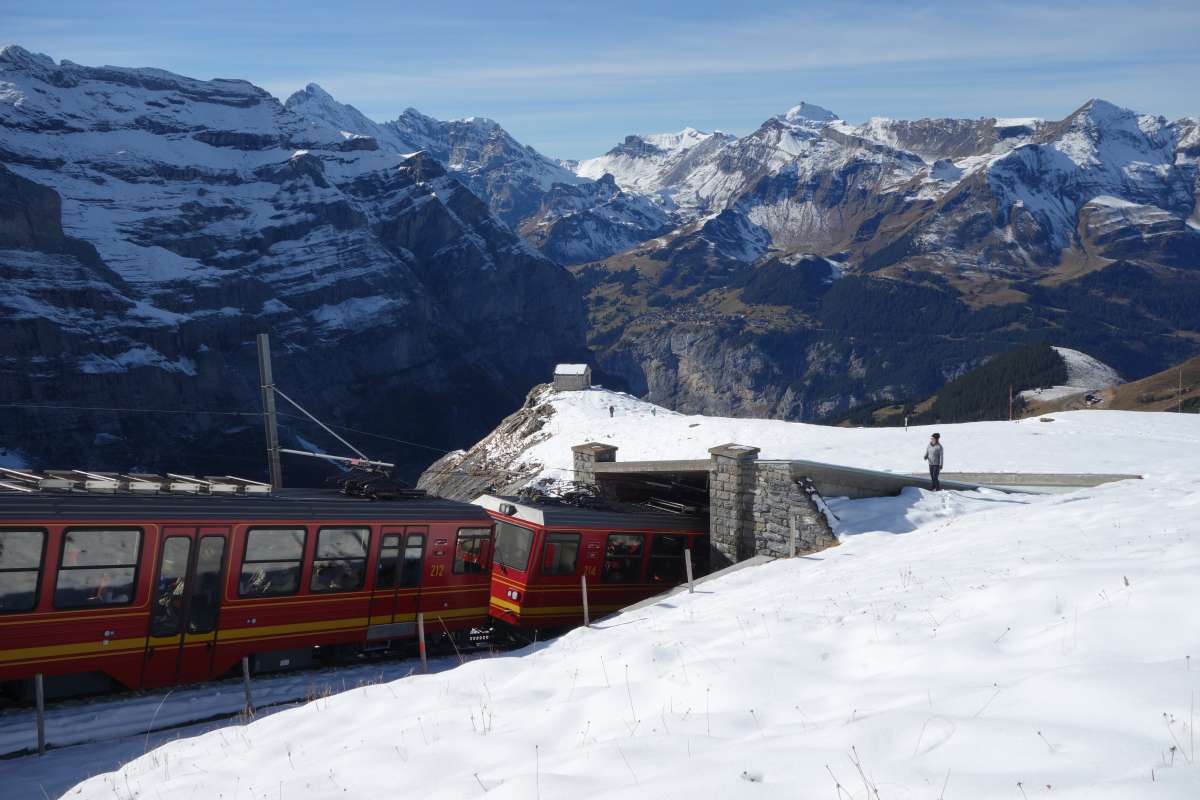 Looking out from the Eigergletscher, the Swiss Alps stretch endlessly on three sides, encircling Grindelwald. The steep, rocky and snow-pocked faces above it lend the town a vulnerable Whoville-like aura. Breathing in the fresh mountain air we set off to trek the Swiss Alps, our poorly whistled renditions of Sound of Music tunes floating ahead of us down the mountain. Earlier in our travels we had learned of the Swiss "Freedom to Roam" and so walked confidently through the pastures and summer fields left empty by their owners in this late October chill. We discovered that the Swiss Civil Code guarantees any person's right to recreation and exercise even on privately owned land. The NO TRESPASSING signs I was constantly frustrated by as a boy stomping around the woods of Missouri seemed to not exist in the mountains of Switzerland. We stumbled upon a small rock outcropping with tattered ropes and well-used climbing equipment. Etched into the rock by each piece of gear was a date. Here was an unofficial micro-museum of Swiss climbing history! The shrine held everything from ancient pitons from the era of the Eiger's first ascent in 1858 to modern protection all hammered and wedged into this one piece of stone. Of course, we had to climb it. After that grueling ascent we stopped for lunch by an alpine lake. The still water glowed with the reflection of bright snow-colored mountains. 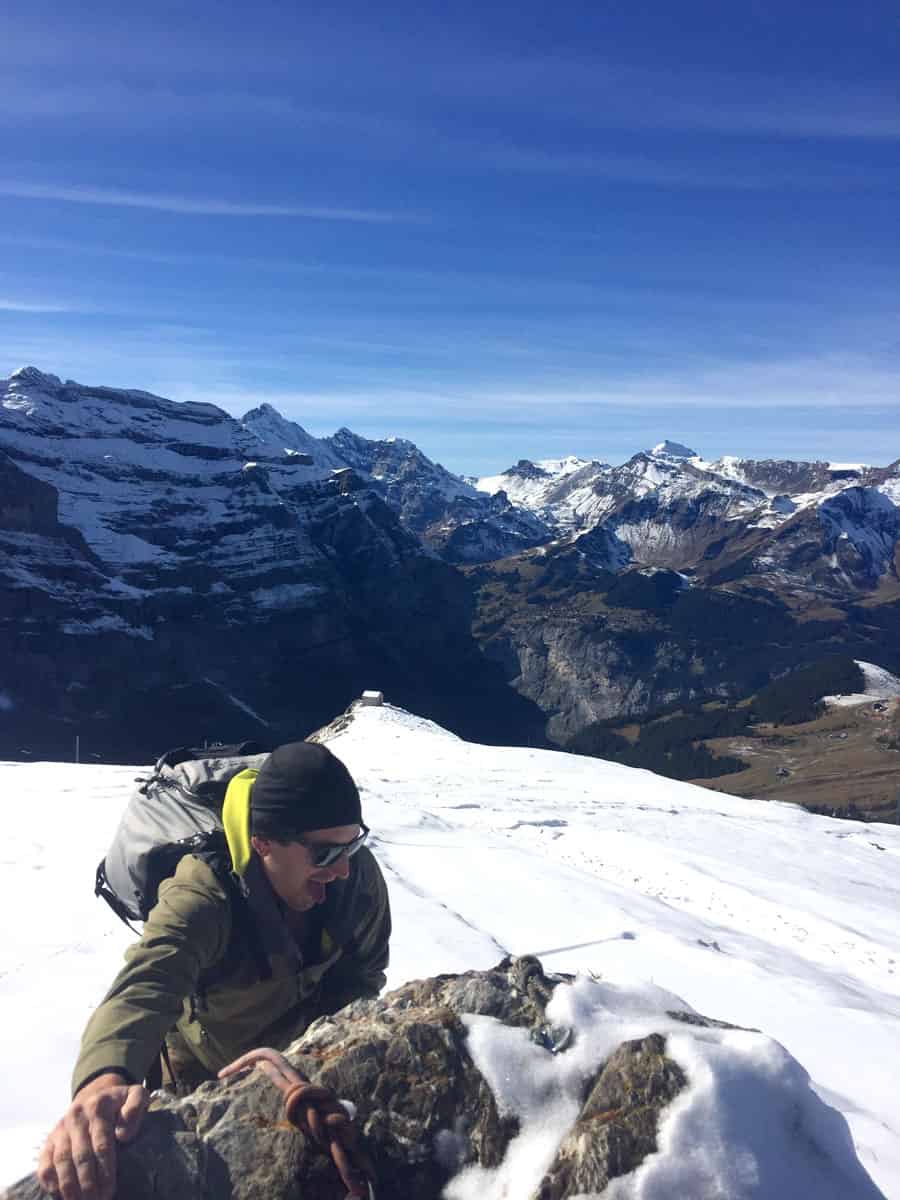 Approaching from down the trail we saw a pair of hikers coming up the mountain with their dog. Could it be? Our eyes strained to make out the breed and as the distance closed, our greatest hopes were confirmed! It was a happy Swiss couple out hiking with their Bernese Mountain Dog! Native to the Bernese Oberland region, these happy and loyal companions have served as farm dogs and hiking companions for over a hundred years. Our bellies full from the local cheese and bread from our lunch and hearts warmed by these happy hikers, I thought that moment couldn't be any more perfectly Swiss. This feeling was interrupted by a low grumbling from across the valley. Some butterfly effect had triggered a small avalanche on Jungfrau. The grumbling grew as the snow tumbled down. It looked like a small white waterfall dropping gently down the steep cliffs but the echo of the fall gave away the power and weight of the snow dropping thousands of feet off the mountain. When it all settled, we smiled at the locals and their beautiful dog and continued the hike towards Grindelwald, knowing this was a day we would never forget.

Zach,
I just gave you a great review on our recent trip to the GC, Zion and Bryce.

Thanks for being ever present and always with a smile. You are a great guide and leader.

Ken S
Thanks Ken!
I learned a lot talking and exploring with you in the Canyons. I hope our paths cross again soon and we can add a few more birds to the list!