If I learned one thing while studying in Switzerland, it's that fondue brings people together. Fondue in winter warms you up from the inside. Summer fondue is a naughty pleasure, like a morning mimosa. Should you find yourself high in the mountains after a day of hiking or cycling, starting to shiver beneath the green-cheese moon--maybe it's time to ditch the diet and dip in. And if you join us for any Backroads trip in Switzerland, it is sure to be a highlight of the trip! 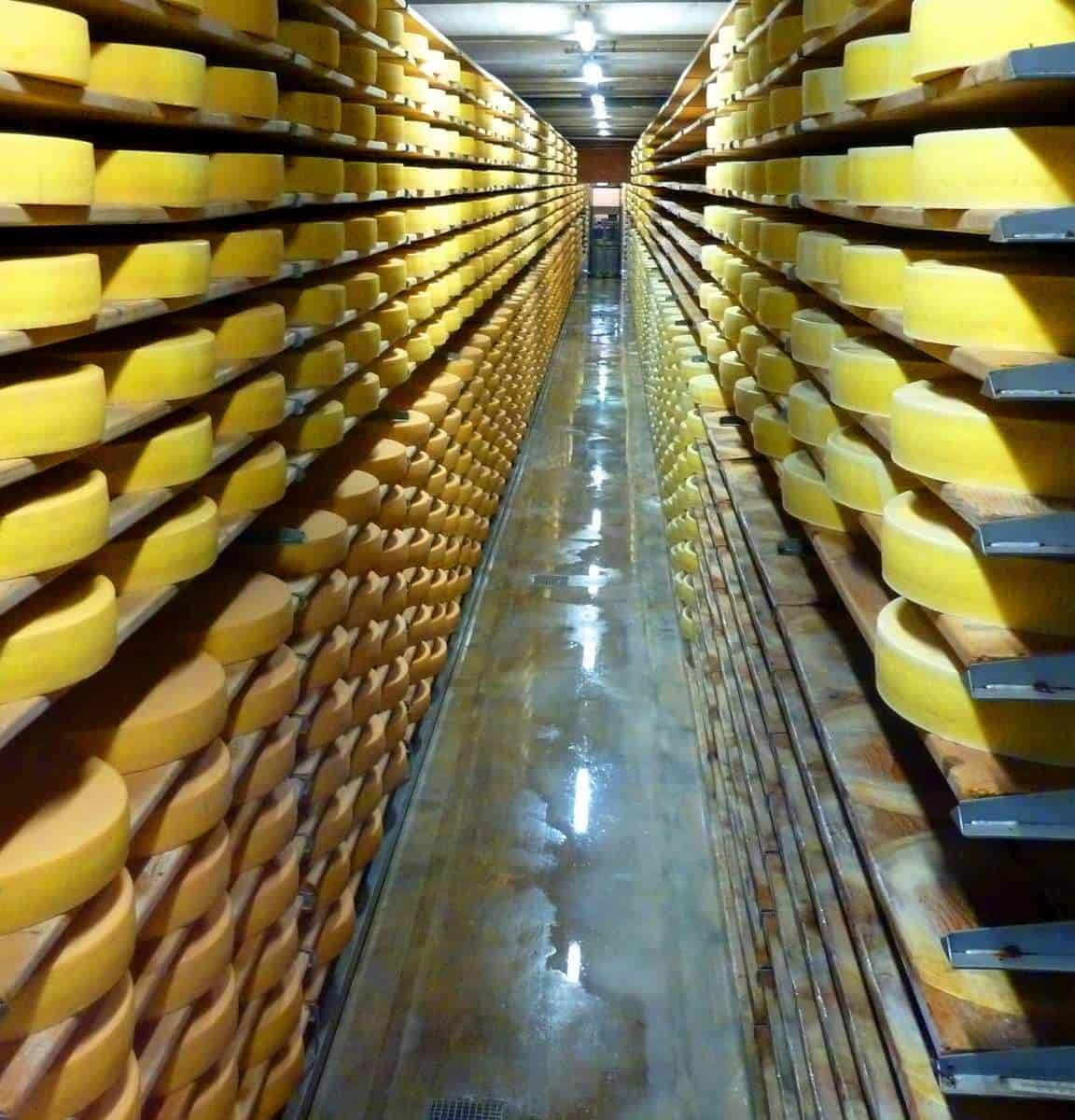 Fondue ("melted" in French) is technically a family of dishes involving dipping in a pot, but the cheese variety is the original. The most classic fondue is moitié-moitié, or half-and-half. That means half Gruyère, from the village of Gruyères, and half vacherin, from the adjacent cheese-producing region of Fribourg. (Cheese in Switzerland is named after the region it comes from, like wine.) Both are cow cheeses, with Gruyere being slightly stronger and more pungent. Sometimes, however, no mixing is necessary. A fondue fribourgeoise uses only the softer, paler vacherin, while those who want a kick can look for pure Appenzeller or Emmentaler fondue, made out of stronger cheeses. Emmental is the prize cheese from the canton (or county) of Bern. In fact, Emmental has the classic holes that inspire the stereotypical image of "Swiss cheese"! On our Mont-Blanc trip, meanwhile, keep an eye out for the French fondue savoyarde--a mix of the hol(e)y Swiss Emmental with Gruyère-like Comté or Beaufort. 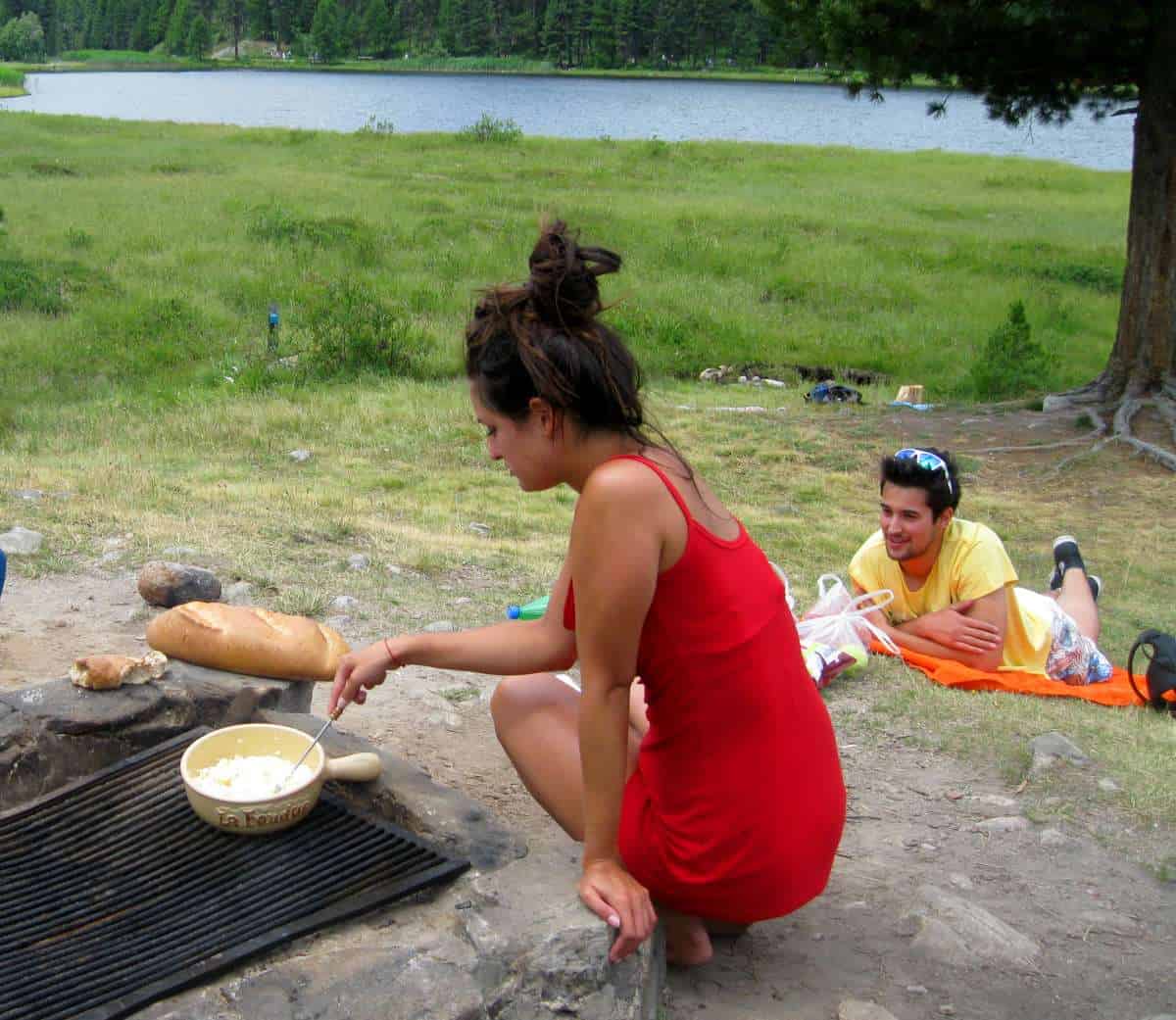 Making fondue is simple. A thick ceramic pot called the caquelon is rubbed inside with a garlic clove, then heated on the stove while you slowly mix chopped cheese, white wine, and a dash of corn starch to prevent separation. Then it's brought to the table and placed over a mini-flame made of a gas-soaked wick: the réchaud. Even in Swiss German they use these French-sounding words--typical in this country where Germanic and Latin traditions constantly mix. How's that for a melting pot? Age-old traditions rule at the table. You probably knew to grab one of those skinny forks and a piece of bread--but what about the cornichons, boiled potatoes and cocktail onions? Dip all of the above! Also, don't be afraid to get your hands on the bread. It's usually cut into larger pieces, so the eaters can rip it up themselves and choose their size. Go small--the goal here is to eat as much cheese as possible... but be careful! Each dipper is expected to stir vigorously in the same direction, to keep the cheese melty. And if you lose your chunk in the cheese, you'll have to do The Dare. The dare is agreed upon before you start eating, so there's no chickening out. Many a mischievous evening with my Swiss housemates began this way. Outside the comfort of home, the dare could be trying to ask for the check in German, or buying the first round after dinner. 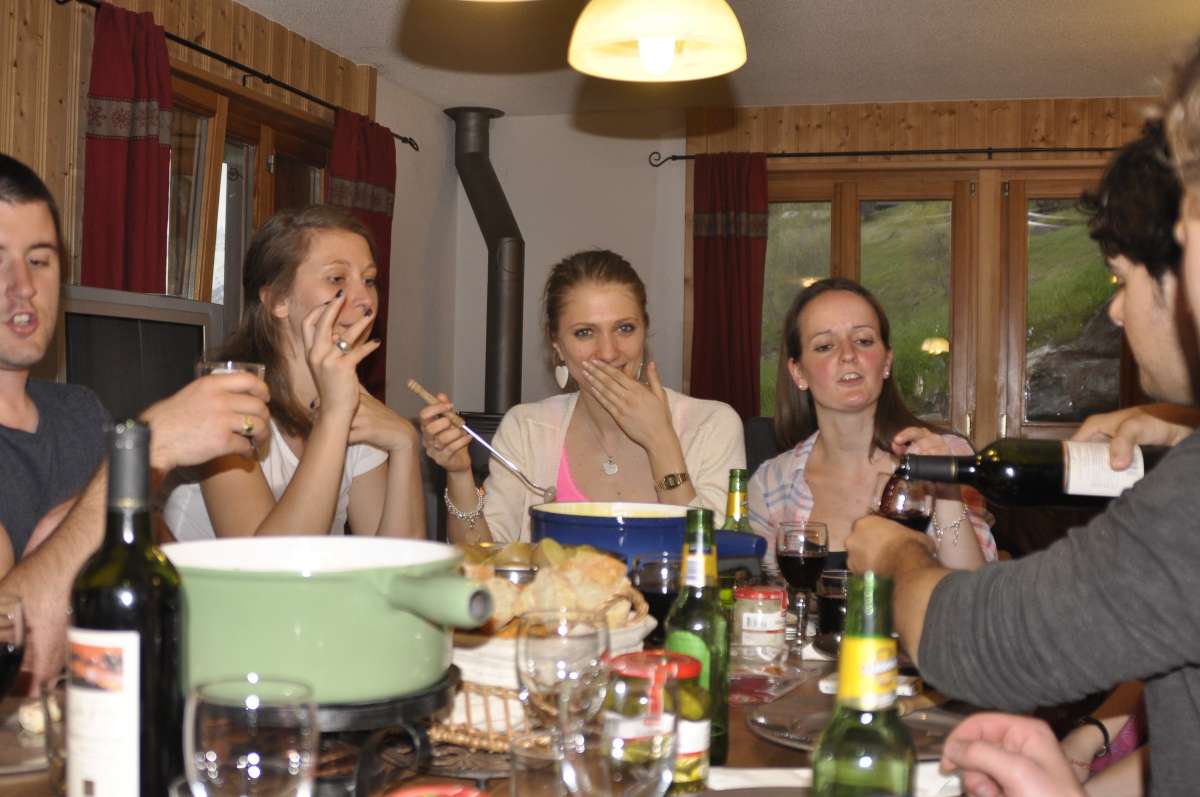 Which reminds me: what should we drink? The answer is white wine, most often the fendant du Valais from Switzerland's wine country. Herbal tea is acceptable too, though ice water is not recommended--the cold water with the hot cheese is said to cause indigestion. But modern gourmet culture, for those willing to shun the traditions of old, has noted that a lighter beer goes down well with fondue too. Some even say the bubbles help your stomach deal with the cheese. If you're starting to hit the crispy bottom and you can still eat another bite, then it's time for the réligieuse, or the Nun. That's the name for the egg which you crack on top of the last hardened bits of cheese, letting it fry before everyone abandons the dipping and simply scrapes their forks around the pot to eat the egg together. You might need a shot of kirschwasser (cherry schnapps) to revive you afterwards, but don't blame us if you're still in a giggling, cheesy coma. After all, when you break bread together--literally--the boundaries between new friends seem to melt a little, too. Or... maybe it's just the altitude. Happy mountaineering! 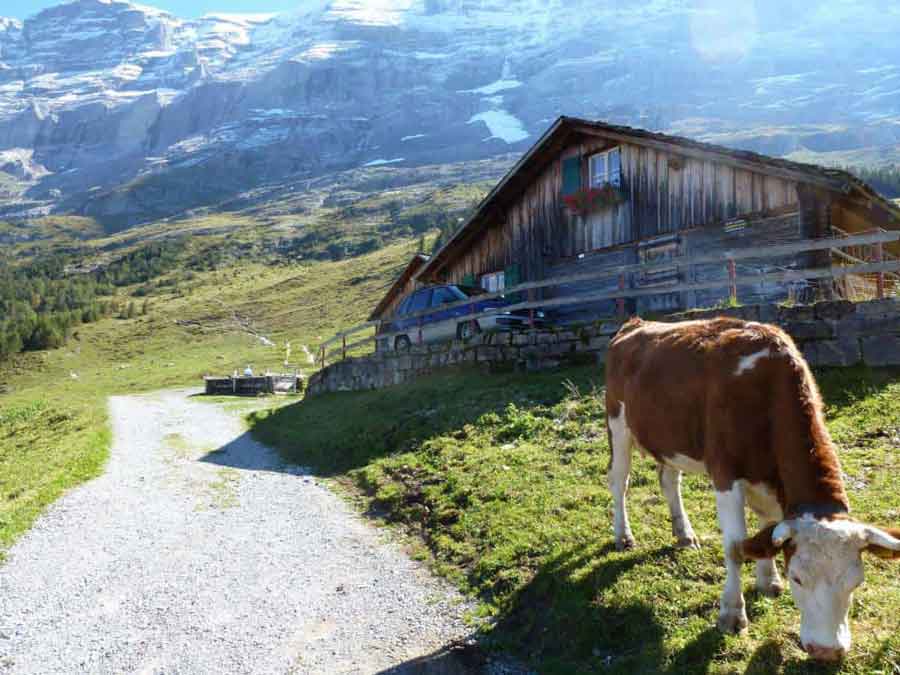