It was pure serendipity that allowed Collier Lumpkin and me to be here together, enjoying an enormous fish stew at Ristorante Belforte overlooking the tiny harbor of Vernazza in Italy's Cinque Terre. Our lives had been running parallel paths for some time, but it wasn't until a year before that our worlds finally collided on a Backroads trip in Puglia. 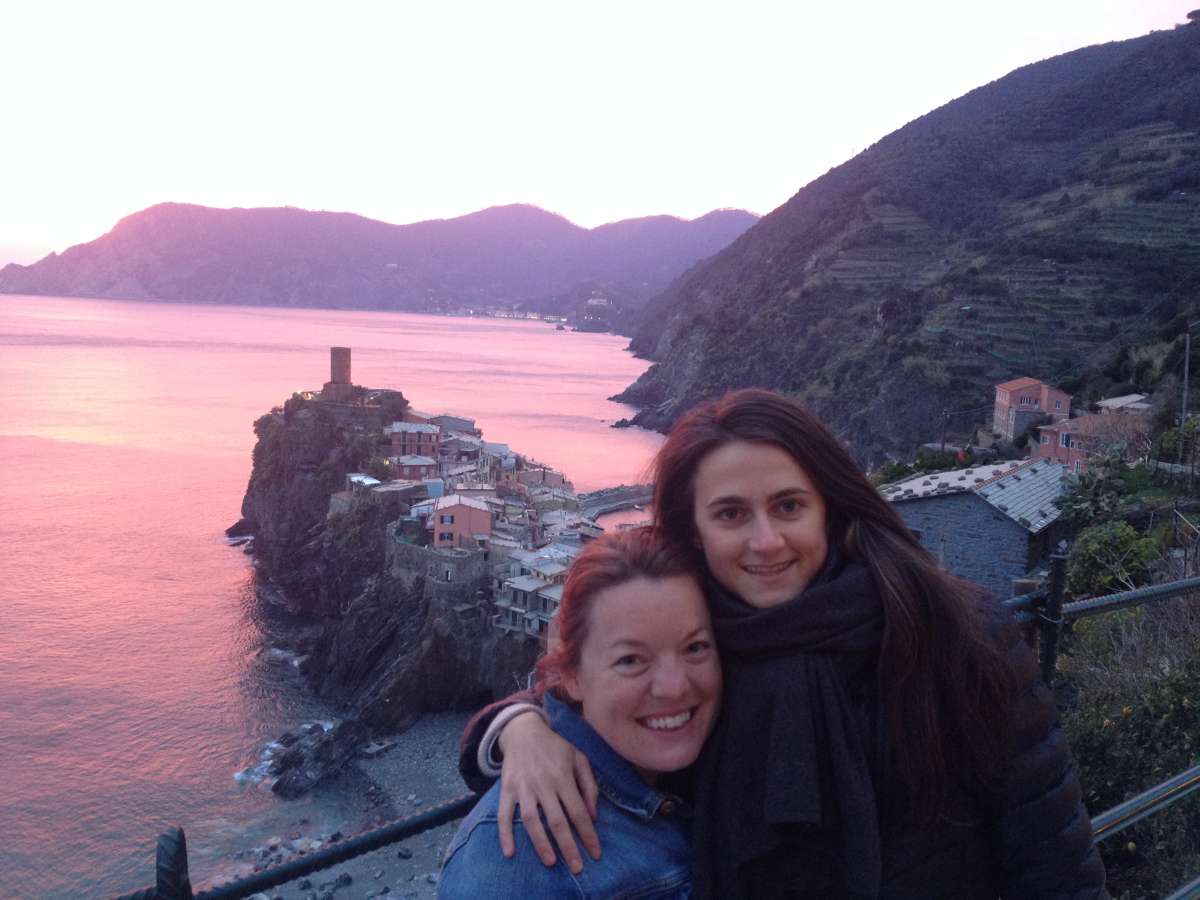 Collier and me in Vernazza, Cinque Terre

Collier, younger sister Kate Lumpkin and mother Lucy Rose decided to come on Backroads' Puglia Premiere Biking trip to celebrate Collier's completion of the International Culinary Center's program, which she had capped with a three-month restaurant internship in Genoa. Lucy, a former tennis champion and multiple-time marathon finisher, and her husband had done a Backroads trip in Maine nearly 20 years before. But Collier claims the trip to Puglia was really her doing, as she romanticized the idea of riding through Italy wearing a sundress and espadrilles, on a bike outfitted with a wicker basket overflowing with the makings of a picnic. She was intrigued by the idea of active travel and had heard that Puglia was a gorgeous, still somewhat undiscovered part of Italy that warranted exploring. 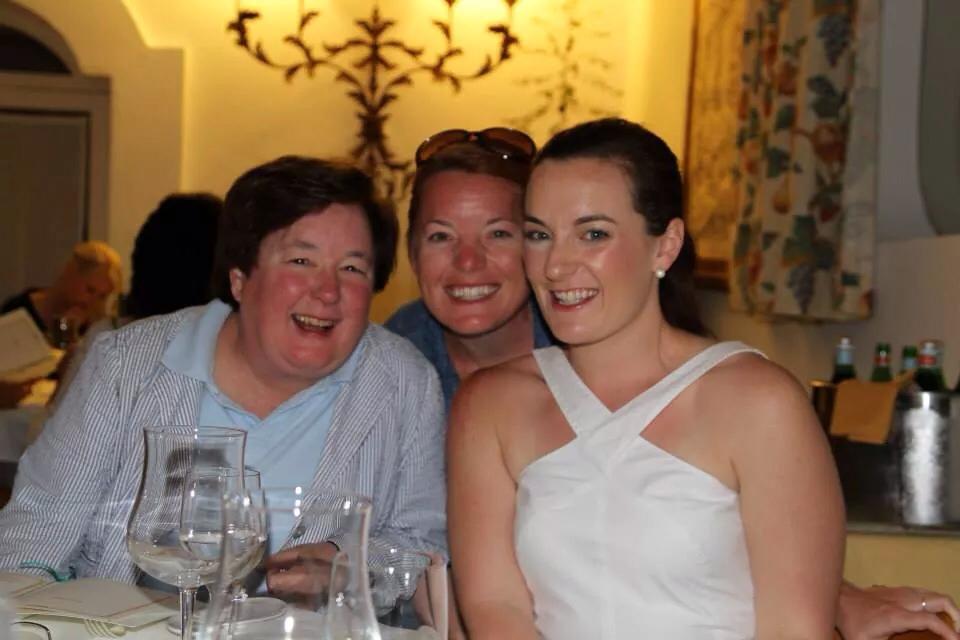 The family found the trip to be a bit more active than they had anticipated, but they were pleasantly surprised and embraced the entire experience, especially the Backroads picnic, which they fondly recall as their favorite meal. All three women will tell you that they are competitive in nature--Kate, a New York City-based performer and photographer, in particular. New to cycling, they would ride the routes they wanted to, laughing the entire way, stopping to pick fruit from trees and take innumerable photos. And to eat snacks, of course! The Lumpkin sisters discovered that on a Backroads trip, there's never a need to compete and that they were able to make the trip their own. "No shame, more cheese!" as they would say. 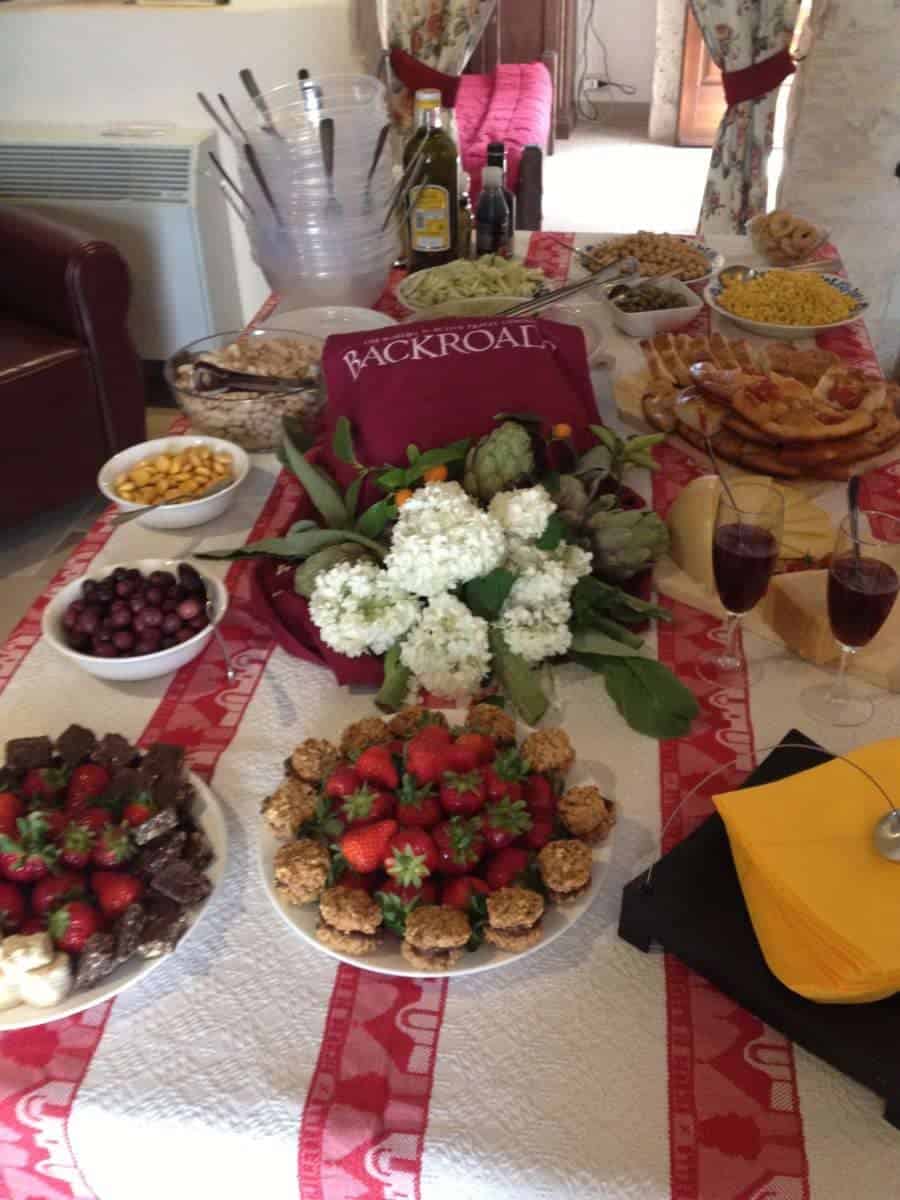 Competitive or not, the Lumpkin sisters, like most Backroads guests, lead fascinating and accomplished lives. Kate, besides being a talented performing artist, fell in love with globe-trotting at a young age. After seeing The Constant Gardener at the age of 17, she decided she needed to spend some time in Africa. So, two months later, she connected with Cross-Cultural Solutions and went to Tanzania, where she taught English and music. While she was there she took her students on their first ever trip outside their village to a waterfall that was two miles away. Having had a previous career in education and after completing her international culinary program, Collier decided it was finally time to write the book that had been unfolding in her mind for four years. She sat down to write and three months later self-published Love, To Taste using an Amazon platform. On our trip in Puglia, I was intrigued not only by their fabulous stories and endeavors, but by the fact that Collier, Kate and I had all attended and taught at the same summer camp in rural Virginia for years! On top of that, they graduated from a private girls' high school in Northern Virginia that was a stone's throw from where I grew up and the alma mater of one of my best friends. Our network of shared acquaintances and experiences ran deep and has kept us in contact since first meeting on the trip in Puglia. 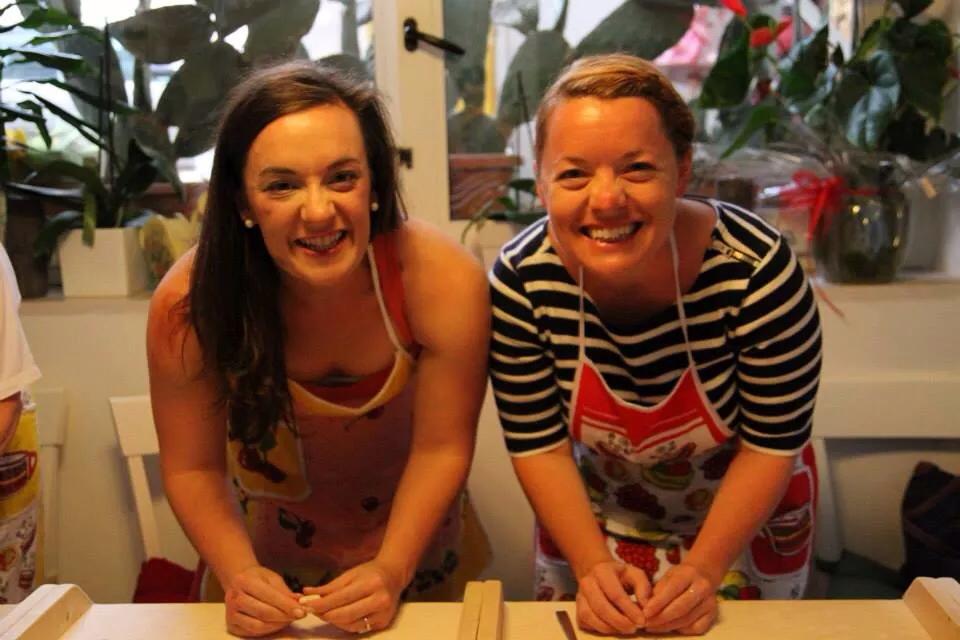 Never getting enough of Italy, Collier, Kate and Lucy took a Mediterranean cruise earlier this year that began and ended in Rome. Afterwards, Collier spent some time in Genoa to work on a writing project for Afar and then treated herself to a vacation in Vernazza, one of the picturesque towns of Italy's Cinque Terre on the Ligurian coast. Having previously spent some time in the area working on a Backroads walking trip, I was eager to go back and do some more exploring myself. So Collier and I reunited to spend a few beautiful late March days hiking, sunbathing (in March!), swimming (in March!) and eating our way through the Cinque Terre, culminating in the celebratory fish stew at the panoramic Ristorante Belforte in Vernazza. I am eager to see where in the world fate will have us meet up next.