Enliven Your Senses in Granada, Spain 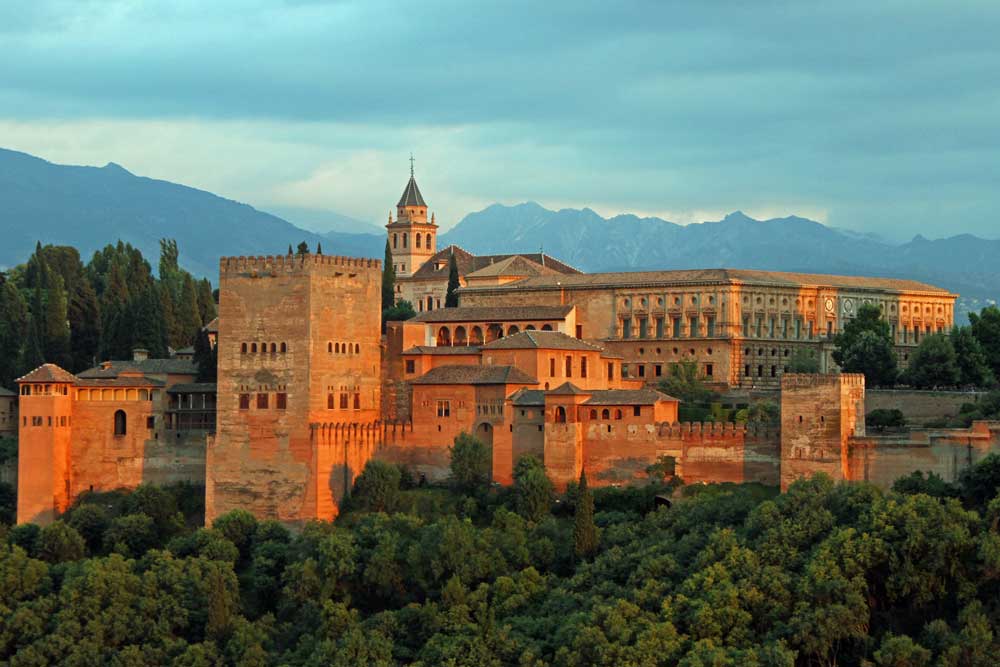 As I drove down to Andalucía from Madrid, I had at times the feeling of being in Mexico. Dry landscapes, a few abandoned buildings along the way, dusty mountains... Crossing paths with the thousands of olive trees strewn on the surrounding hills, it was hard for me to imagine that behind them was the most enchanting city I would encounter in Spain: Granada. It now makes perfect sense as to why Backroads offers an Andalucía bike tour from Sevilla to Granada. What comes to mind when thinking about the south of Spain? Well, tapas y cervezas, for sure. People living in caves, yes. Flamenco, naturally! In fact, I found that Granada was full of flavors, sights and, especially, sounds. One reason is that most of the locals seem to live outside pretty much all the time. Doors stay open, so one can hear people singing behind their windows, and at night the clapping sounds of flamenco dancers and singers surround us. It feels good to be enveloped by those sounds. 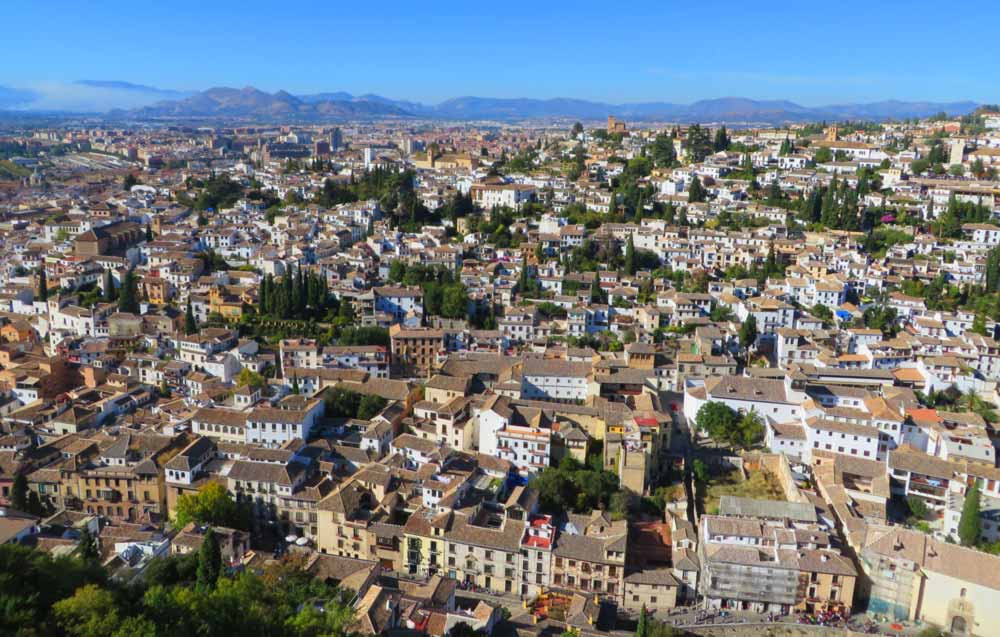 Granada's most popular neighborhood is undoubtedly El Albayzín, where you can see old houses carved in the traditional oh-so-white stone. This is where you can walk through the tiny streets that form a mysterious and endless warren. It's also where you get the best view from the numerous miradors of the famous Alhambra, a palace built roughly between 1238 and 1358, when Granada was still under Moorish rule. 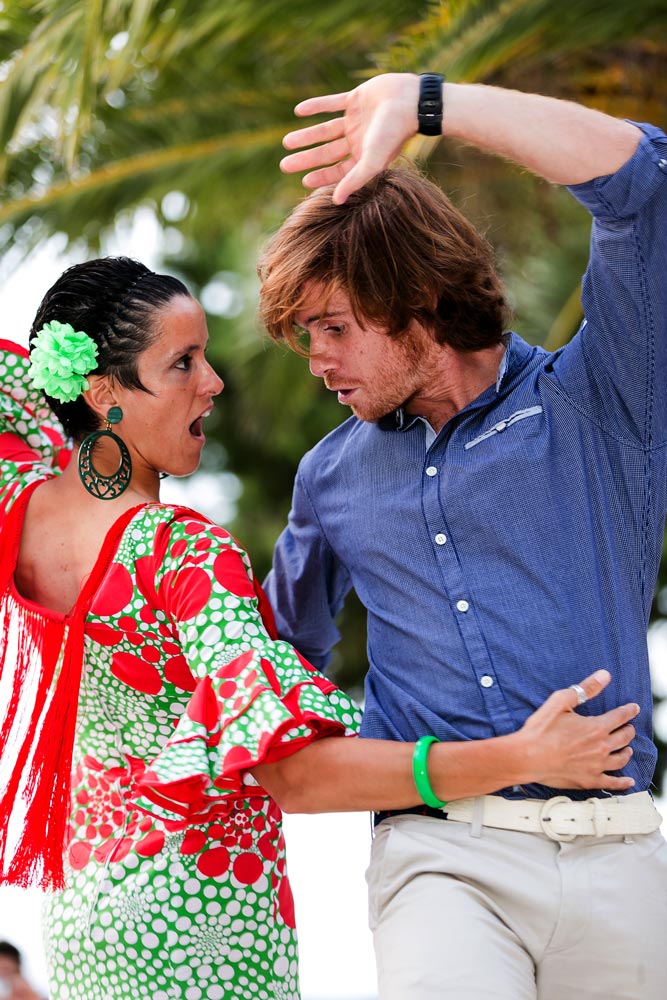 El Albayzín has much to offer in terms of sights and colors. But Granada is also a city of many sounds thanks to their long flamenco tradition. Originally, flamenco was just voice, a primitive cry or chant accompanied only by the rhythm created by beating a wooden staff against the floor. During the 19th and the 20th centuries, singers, musicians and dancers would mingle and create a perfected art form. It can be overwhelming to decide where to go to watch a good show, so here are a few places I suggest (and recommend booking in advance):

So when you visit Granada, keep your ears open, because the city is full of sounds. There are street musicians and performers everywhere, and I found that most of them are easy to interact with and are happy to share not only their music, but their stories.

CHECK OUT THE ITINERARY OF OUR GRANADA TRIP! 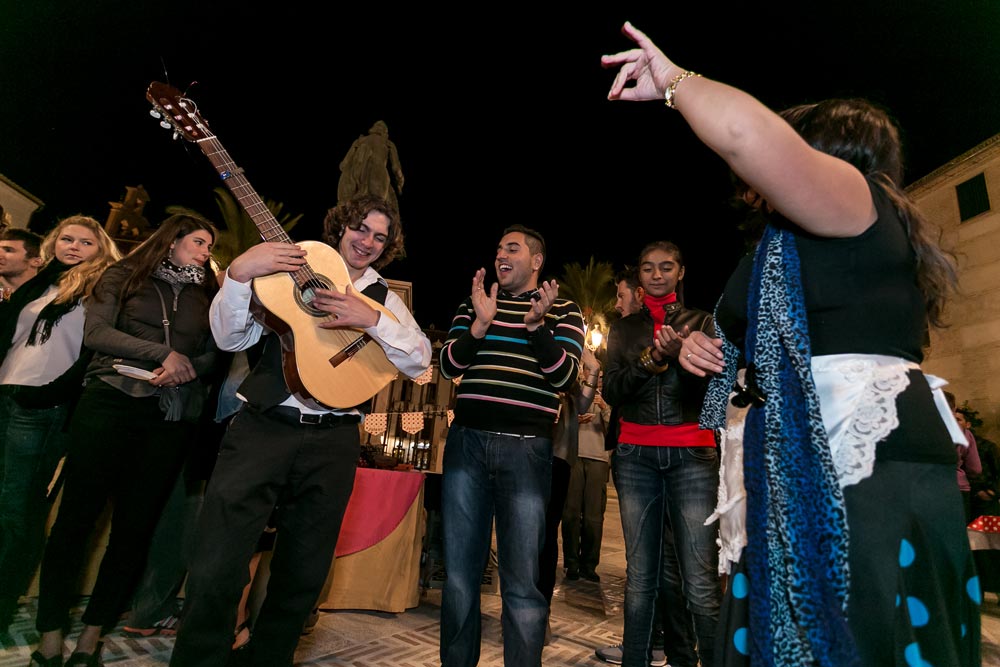