I love Iceland. I’ve been working here as a Backroads Trip Leader for many years, and I keep coming back for its vast rugged landscapes and large expanses of untouched wilderness shaped by the combined geological forces of volcanism and glaciation – Fire and Ice. When I first set foot on this island I hoped there would be an eruption, something not so unlikely in a land full of volcanoes. Patiently I waited year after year. On March 19th, 2021, it happened at last. 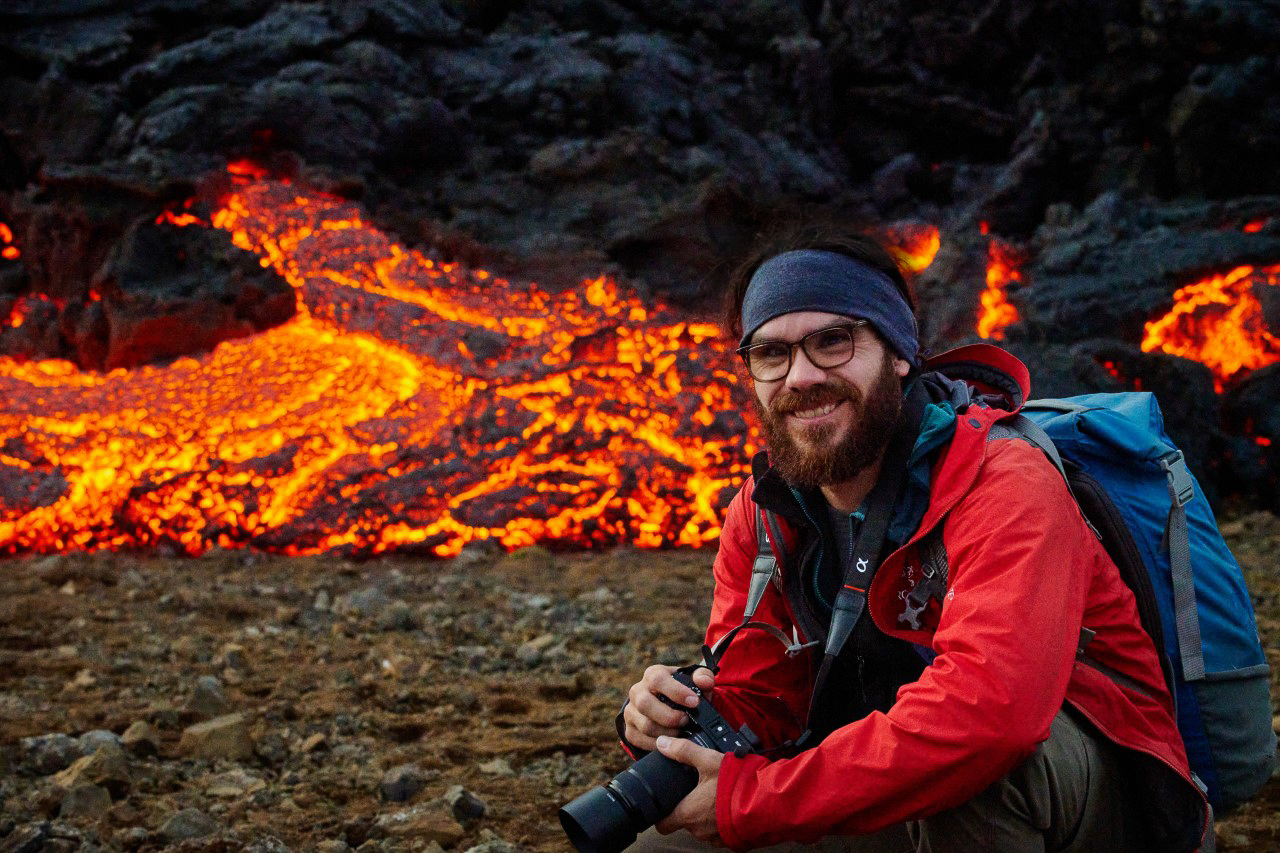 Preceded by a series of strong earthquakes, the Gelgingadalir volcano erupted just an hour south of Reykjavik, the country's capital city. It was a safe volcano, a slow effusive eruption with lots of lava and few toxic gases. It did not pose a threat to any settlements and could be observed safely from a close distance. It was to be the greatest show on earth, but I was not in Iceland. Something to do with a world-spanning pandemic that had us all stuck home and unable to travel.

I was a bit sad, but I followed the eruption keenly on social media. First a fissure, then a crater, then multiple craters and lava flowing in some incredible footage all over the internet. And me? Observing from afar, hoping I could go to Iceland again someday, imagining that I might miss this once-in-a-lifetime event. Suddenly, things started moving fast, vaccinations were rolling out quickly. Iceland opened its borders and people were eager to travel internationally again. An email from Backroads—did I want to lead trips in Iceland again? I most certainly did! And within a matter of weeks here I was, standing on an island that emerged from the ocean one volcanic eruption at a time. This time I was ready to see geological time flow in front of my very eyes—not just in my imagination. 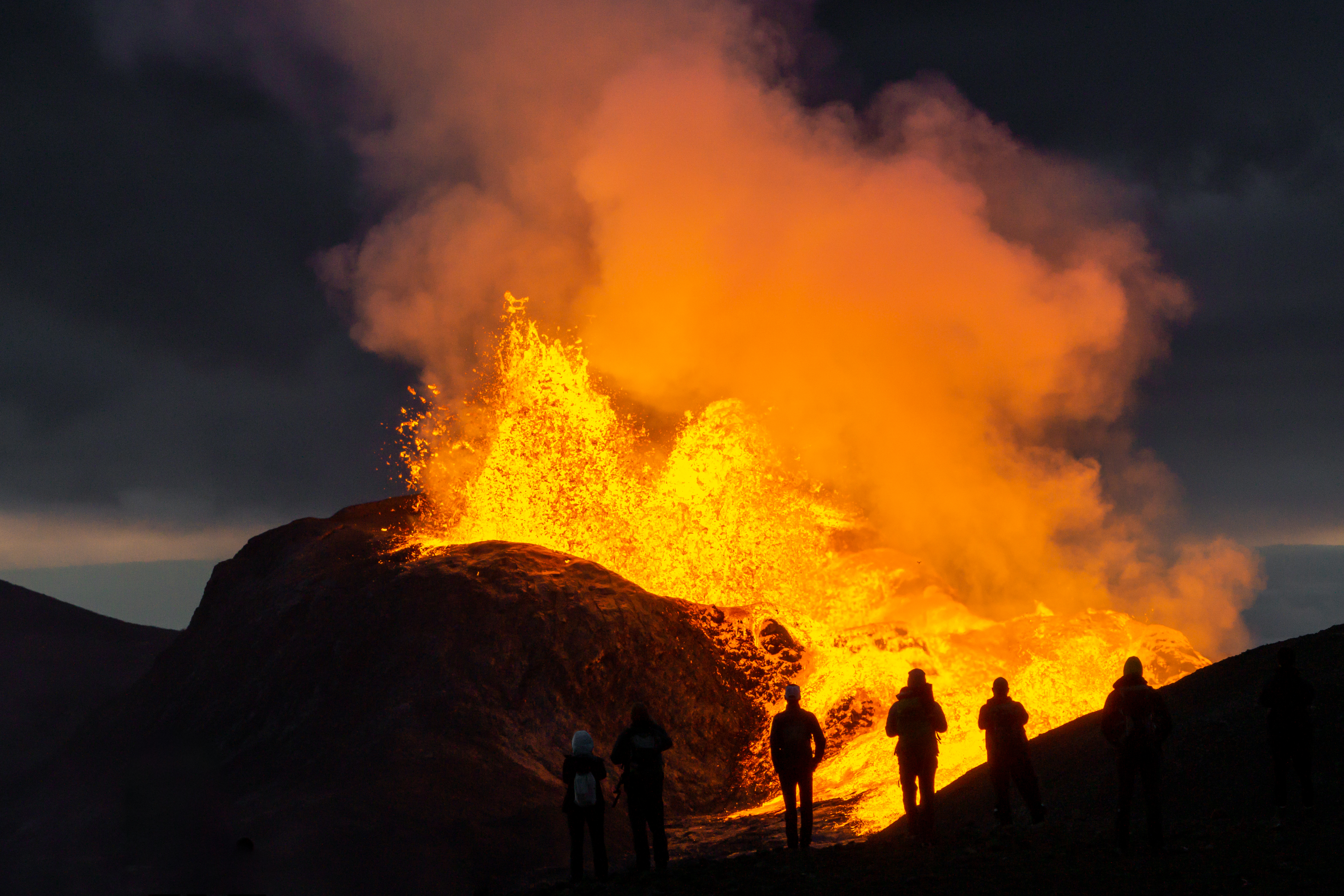 There were five of us leaders in Iceland and the first trip was set to start in a few days. We had some downtime, so we packed our cameras and outdoor gear and in less than an hour´s drive we were hiking towards the eruption. We were not the only ones. Now, with the country welcoming vaccinated tourists, people were marching towards this volcano as though on a pilgrimage to a holy site. We followed a well-built trail, full of excitement. We could see signs of the eruption in the sky. We climbed one final hill and there it was. A vast field of lava still glowing hot like embers. In the distance, a smoking black mountain with fire flowing in a red glow as fluidly as a waterfall – and then, an explosion. The lava rose almost a hundred feet in the air, coloring the sky. It fell like fiery rain, painting the fledgling mountain slopes in bright orange and yellow hues. It was not just the sight, but also the smell, the heat and the sounds. This was huge, this was powerful, and it was right there, barely a mile away. 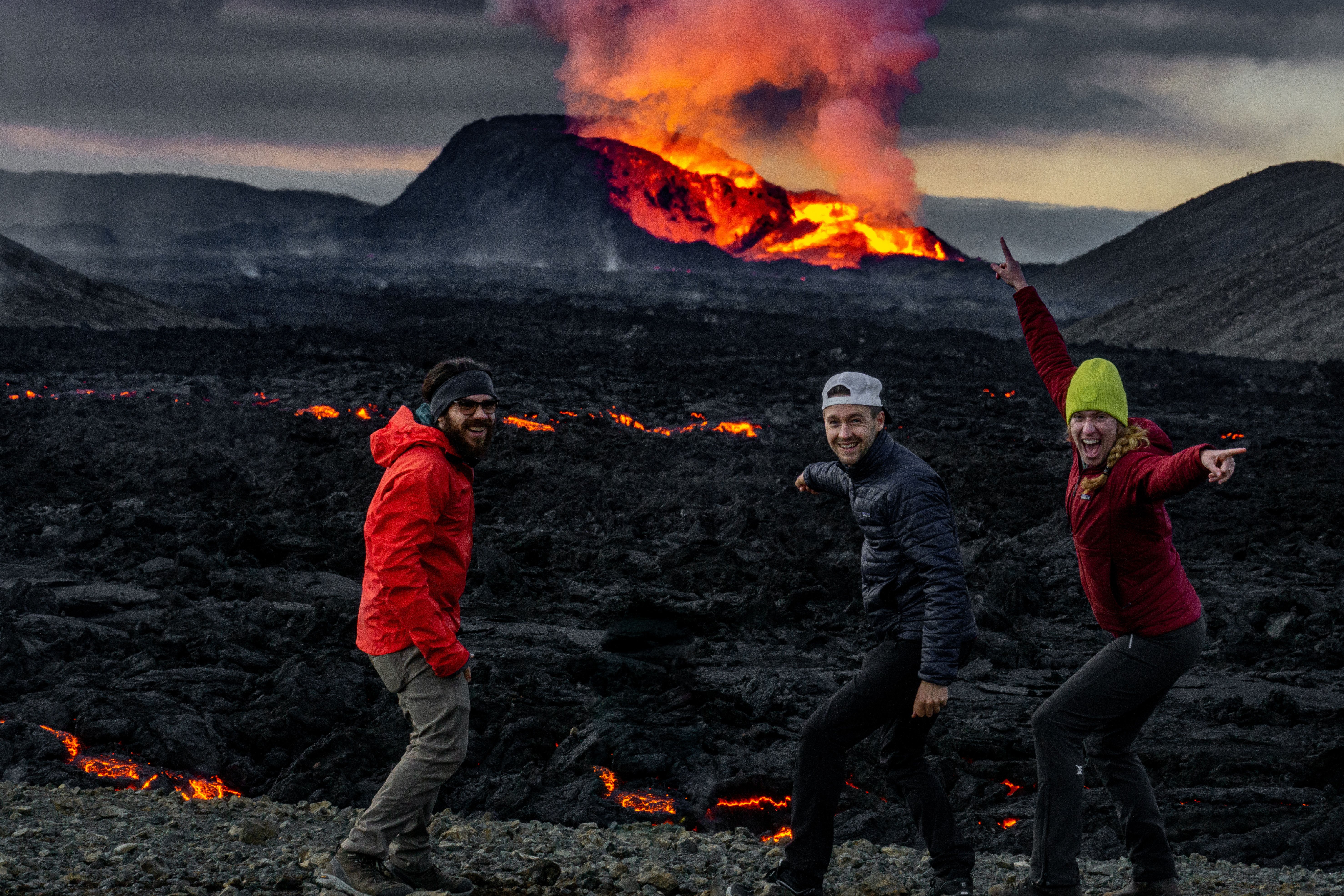 Some experiences change the way we see the world, and this is one of them for me. I have long understood that the forces of nature shaping our landscapes are in a constant flux. Mountains rise in response to tectonic activity to then crumble into the sea, as rivers and glaciers carve ever deeper valleys on their slopes. Volcanoes create new land out of nothing as though by magic. It is one thing to know this and another one to see. Now I really understand. I have seen the Earth give birth to itself, not in a matter of centuries or millennia but in a matter of seconds, minutes and days. Right in front of me as I see the lava flow to a halt and cool down, to turn into seemingly permanent solid rock. Our planet makes more sense to me now, and at the same time it feels even more extraordinary.

It is a rare privilege to witness this event. I am luckier still as I will be seeing it many times again. We will be hiking to the Gelgingadalir volcano on all our Backroads trips in Iceland this summer. We want to share this spectacle of nature with our guests so they can witness this unique geological marvel.  We will do this as long as the eruption lasts and conditions permit. Some experts say it will go on for months, if not years, while others believe that it will wane soon. Either way, we will be there, seeing the volcano grow and recording the changes of this fluctuating landscape. Come join us in the Land of Fire and Ice and you can witness it too.

Want to adventure with us in Iceland? See our Iceland Multi-Adventure Tour here, or explore all our Iceland trips, including family, easygoing and hiking options, here.