How to See Puffins in Iceland

What do you know about puffins? They're smaller than penguins, they live in Iceland, and they're cute. Great! Unfortunately for anyone hoping to see one, they're also elusive little creatures, with unique and specific migratory patterns and a habit of nesting in remote hundred-meter cliffs. Like the Northern Lights, puffins are unpredictable, but here are a few tips about where and when you're more likely to spot these fascinating birds. 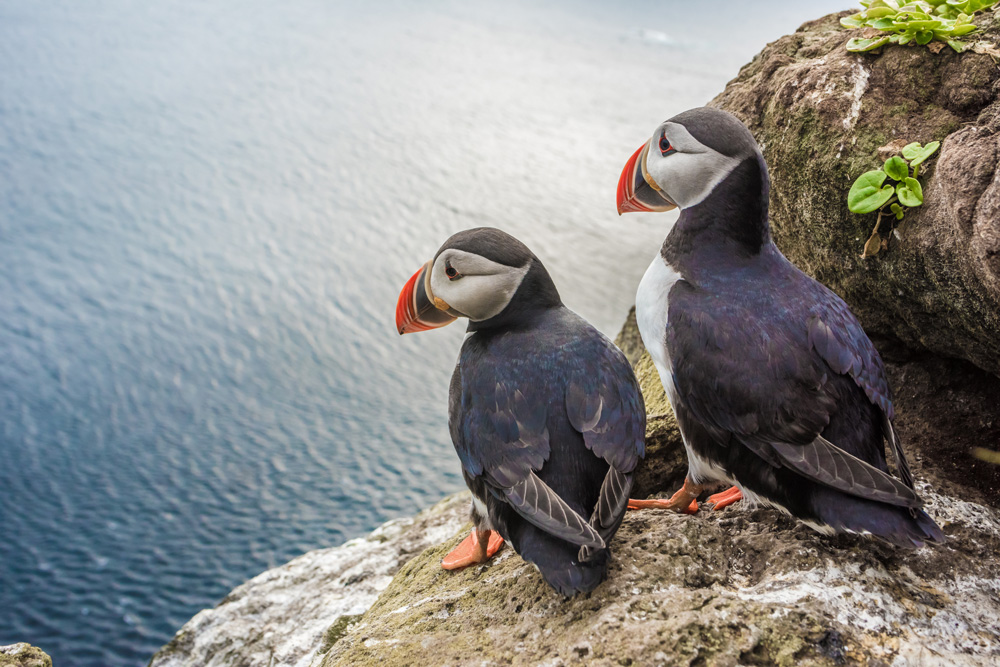 Puffins spend at least eight months of the year at sea, returning to land only to mate and nest during the summer months. The season for puffin-watching is, generously, May to September. If you're organizing your trip to Iceland around bird-watching, I'd recommend visiting in June or July, the peak of the season; if not, and you're okay with taking your chances, you can cross your fingers and come in May, August or September. The most famous puffin-spotting location in Iceland is Vestmannaeyjar, or the Westman Islands. This group of 15 islands, located just off Iceland's southern coast, is home to the largest puffin colony in the world. Every summer over one million of these birds arrive to lay their eggs in the cliffs that rise over the sea. The puffins start migrating again once the days begin to shorten at the end of July and the beginning of August, so earlier in the summer, you'll have a better shot--but with a colony this size, it's hard to miss them. On Backroad's Iceland Walking & Hiking tour we take a boat tour around the island and float with hundreds of bobbing puffins! 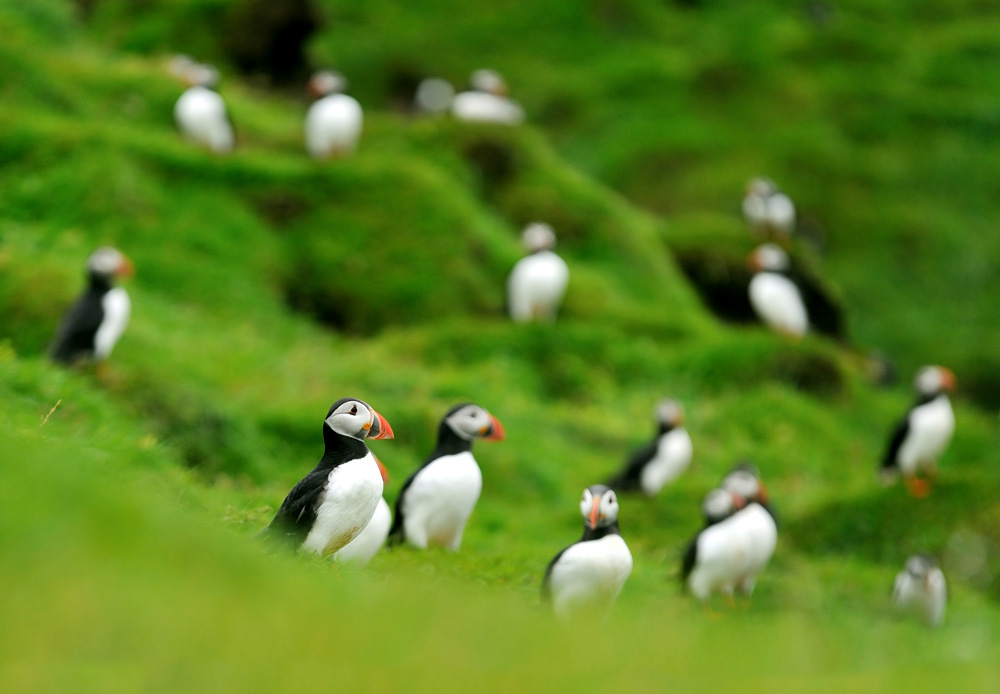 Another well-known location is Reynisfjara, or the Black Sand Beach, located outside of Höfn. This spot is famous not just for its puffin colony but also for its landscape, which features stunning basalt columns and a breathtaking sea arch. It's a good place for puffin-spotting, though it requires a little more luck than the Westman Islands. Puffins are monogamous creatures that return to the same burrows every year to nest, and the birds that live at the Black Sand Beach are a bit less punctual--they arrive a little later in the year and leave a little earlier. We visit this beach on our Iceland Classic Multi-Adventure tour, and in August it's a treat to see the baby puffins--called pufflings!--taking their first trips out of the nest with a swooping flight over the beach followed by an elegant splash into the sea. 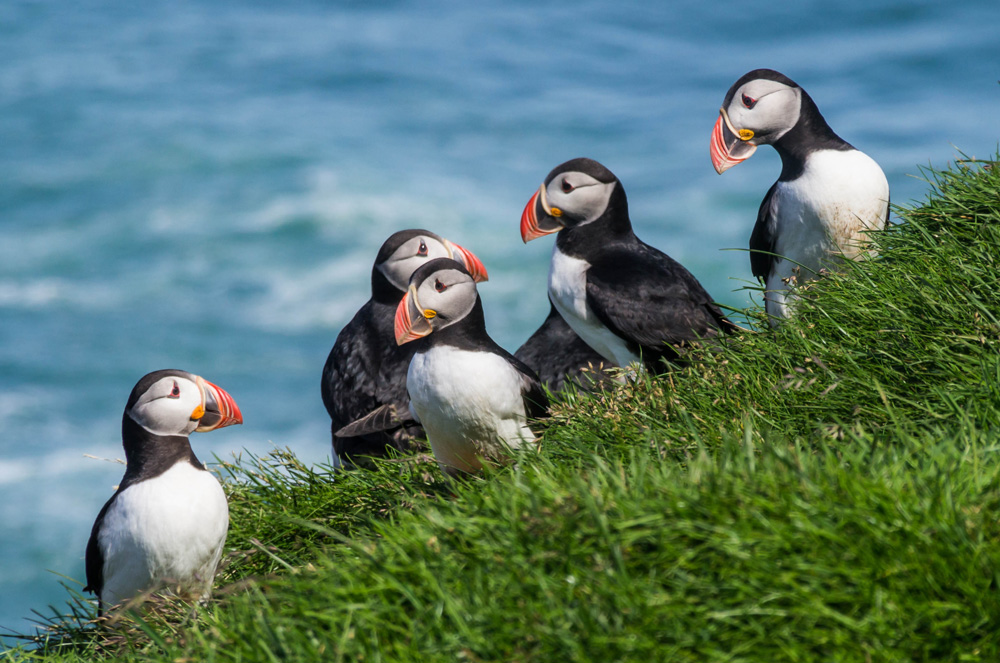 Grímsey Island, set off Iceland's northern coast, is also a great place to see puffins. Grímsey is the only part of the country that's technically located in the Arctic Circle, and it's one of the best locations in the world for birdwatching. Less than 100 people live on the island, which is dominated by the more than 60 species of cliff-nesting birds. One of the largest puffin colonies in Iceland lives on Grímsey, so you have a good shot of a spotting, but beware: because the island is so far north, the birds leave earlier in the summer. So if you're planning a trip to Grímsey, June or July will be your best bet. To get there, you can take a flight from Reykjavík or a ferry from Akureyri, or you can join us on one of our Iceland Ocean Cruise tours, which stop at this remote island for a day of hiking and birdwatching. 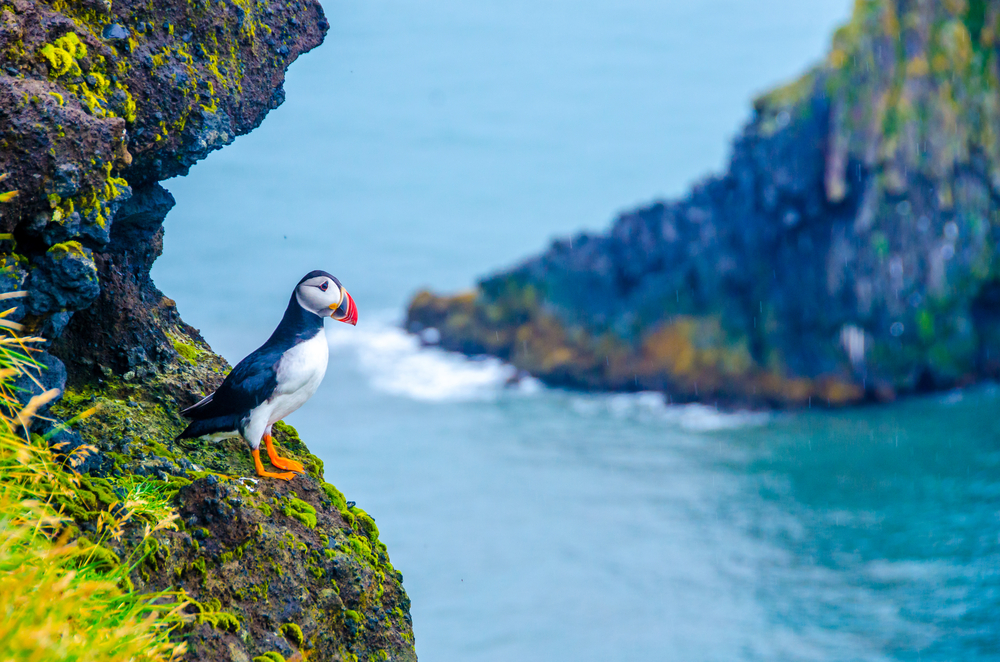 Occasionally, you can even find puffins in the streets of Reykjavík! Pufflings, on their first migration out to sea, will sometimes get lost and, distracted by the artificial lights of the city, end up confused on a sidewalk somewhere. In the late summer, "puffin patrols" of local children walk the streets of Icelandic towns, helping lost birds find their way back to the ocean. Now you're a puffin-spotting expert. Go forth with your telephoto lenses, your rain gear and your sunny optimism. Be careful on top of the cliffs. Be respectful of the puffins' habitats. Be brave. And be a little bit lucky. 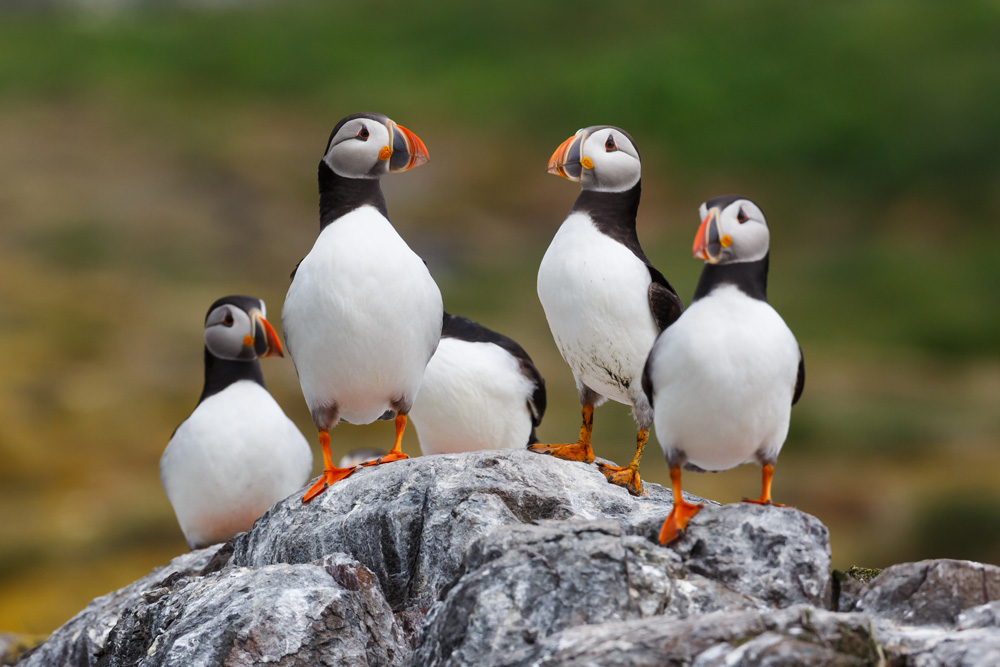