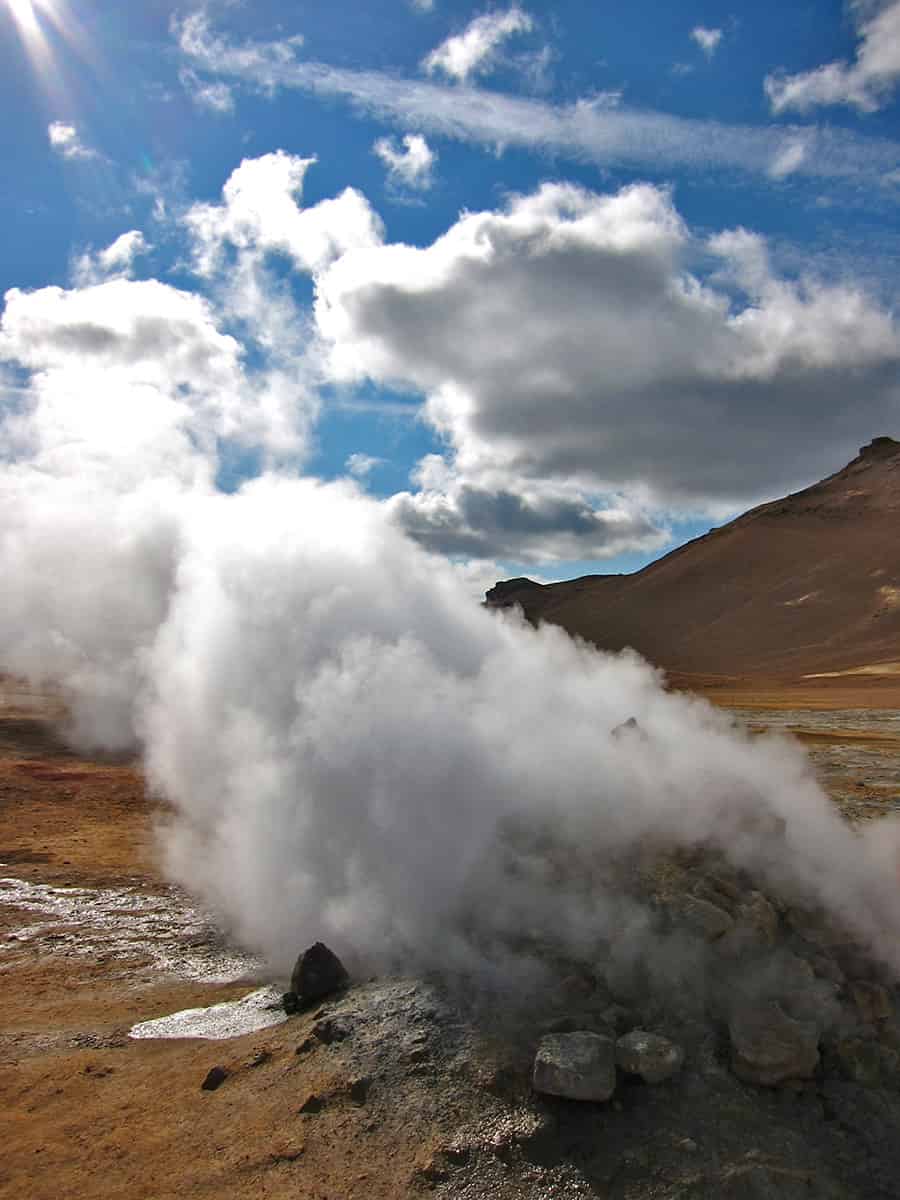 As the plane begins its final descent, I lean my forehead against the Plexiglas and try to catch my first glimpse of the island. For a moment, the outside world is nothing more than a blur of white before we break through the clouds and the harsh scenery opens up below me. A blackened lava bed consumes the skyline, filling my field of vision with sharp edges and a wild landscape belching thick grey pillars of steam. I sit back, momentarily intimidated by the alien look of the terrain below. But as the initial shock passes, a harsh beauty begins to unveil itself, pulling me back to the window. I have come to the land of extremes, where the topography encompasses everything from volcanoes to glaciers, geothermal pools to ice caps, and where strong winds are continuously morphing the land. The thrill of the untamed consumes me as the plane touches down in Iceland, the land of fire and ice. If you're planning a Backroads Iceland trip, we'll be picking you up in Reykjavík, the country's capital. From Keflavik International Airport, you'll pass by lava fields and geysers spouting boiling water and columns of steam that reach higher than the tallest buildings in town! Reykjavík has an otherworldly quality that gives me the impression of a temporary stronghold rather than the nation's headquarters. In a country with such formidable and wide-ranging weather patterns, the majority of the buildings are constructed with corrugated aluminum paneling--one of Iceland's main exports--giving the illusion of impromptu construction that could be washed off the tough landscape at a moment's notice.

The world's northernmost capital boasts a colorful collection of buildings, imaginative design, a café culture and one of the largest collections of bookstores per capita in the world! 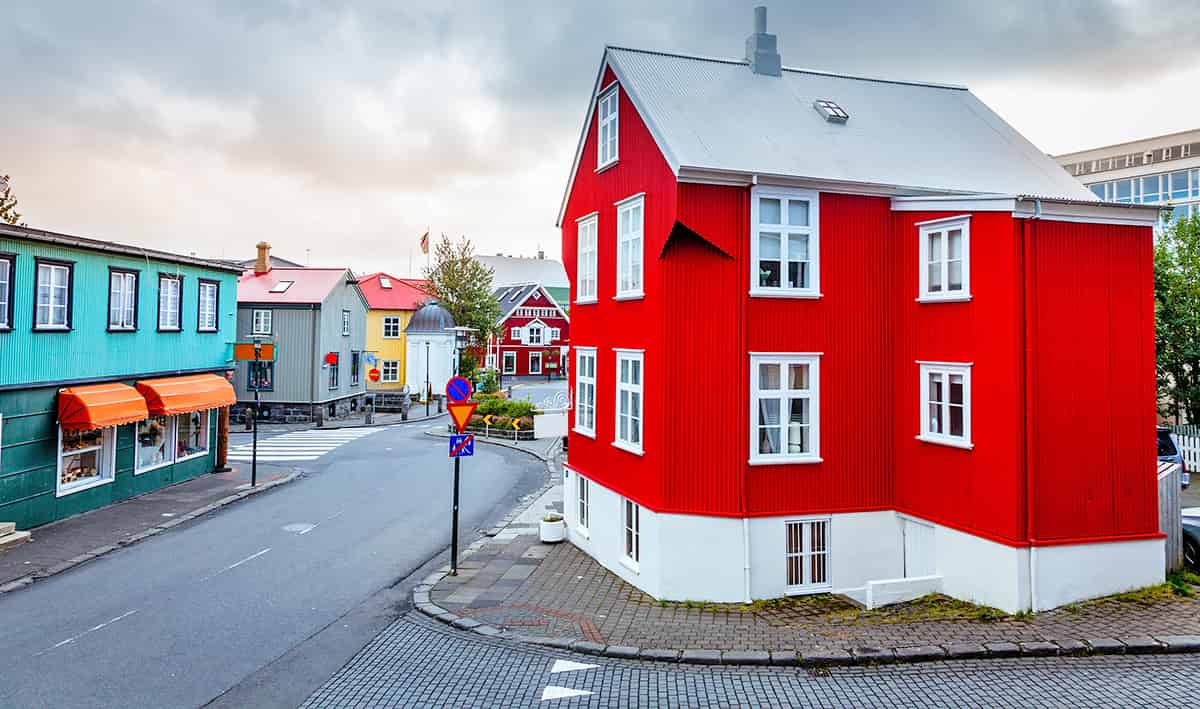 As you first set out on foot through the city center, you might notice how incredibly friendly and open the Icelandic people are. Whether they're stopping to catch up with friends or simply chatting up a stranger at a bus stop, being sociable is something of a daily deed here in Reykjavík. What surprised me most was that Icelanders are not only very open and inquisitive among themselves, but with foreigners as well. What better way to first immerse yourself into Icelandic culture than by stopping to grab some lunch at a local hangout and contribute to this social energy?! My favorite lunch spot is the Laundromat Café. With a central bar made from a series of bookshelves, and an eclectic compilation of maps and witty propaganda decorating the walls, the Laundromat is the perfect venue to meet friends and talk about nothing in particular.

As for not-to-miss activities in Reykjavík, you can always do as the locals do and enjoy an afternoon soak in one of the city's many geothermal pools. Perhaps a post-trip steep in Laugardalslaug, Reykjavík's largest public pool, will help soothe your biking muscles? Or, if you're looking for a full day of indulgence and relaxation, visit the Blue Lagoon, one of the city's best-known spas. For history buffs, you can uncover Iceland's Viking roots by exploring the excavated ruins of a Viking hall at the museum Reykjavík 871 +/-2. In addition to its unprecedented collection of bookstores, the city is also home to a terrific public library. The idea of expressing one's story is deeply ingrained in Icelandic culture and the importance of each individual's voice is irrevocably tied to Icelandic identity. That is why nearly 3 out of 10 Icelanders is a published author!  Likewise, you won't have any trouble finding Sagas--ancient Viking tales--in any one of Reykjavík's many bookstores since they're also key components of Icelandic culture. 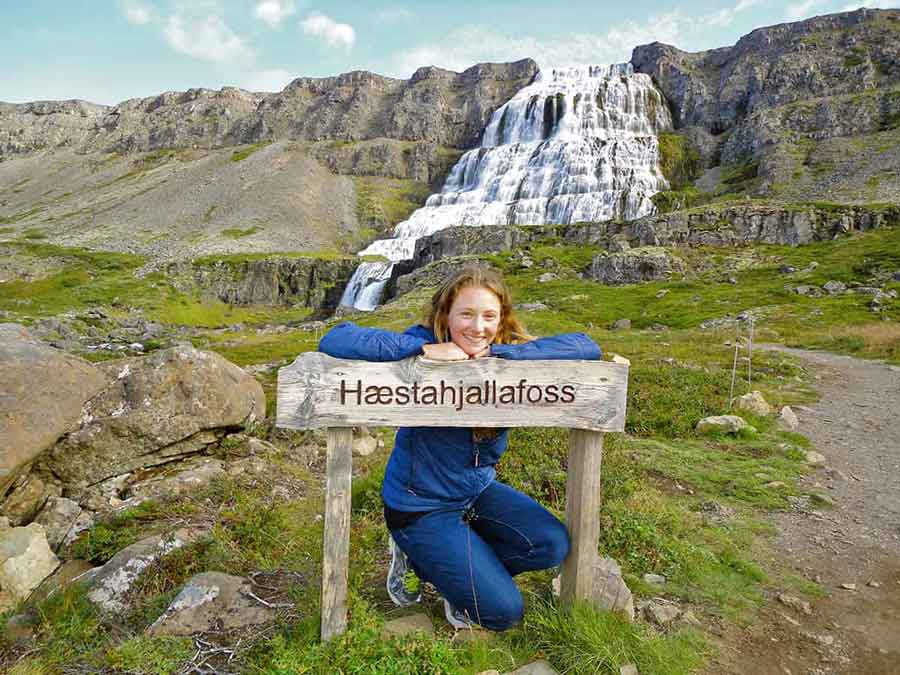 Another benefit to extending your Backroads trip in Reykjavík is that there are a myriad of options for day trips, like hiking to waterfalls or watching icebergs drift lazily out to sea. You may want to consider renting a car to explore the sights--with only one highway in the country it's hard to get lost! If you don't want to rent a car, there are a number of local tour companies that can arrange your transport. Now go out, grab a latte, chat with a local and enjoy the city life before or after your epic Icelandic adventure with Backroads!

Jillian, great article on your blog about Iceland. I had a great time with a great group of people. I'm calling it a double awesome trip and would like to return there someday. The Icelandic people were very friendly and welcomed us.

I would like to take another Backroads trip in the United States, either cycling or hiking.I like the Death Valley, Utah, or SC/NC trips.

Have a great day wherever you are.

I was in southern Utah, leading in the canyons last summer... It's another beautifully harsh landscape like Iceland (but very dry and HOT!) I cannot wait to hear which you decide on! All the best!
Top