Falling in Love on a Backroads Trip 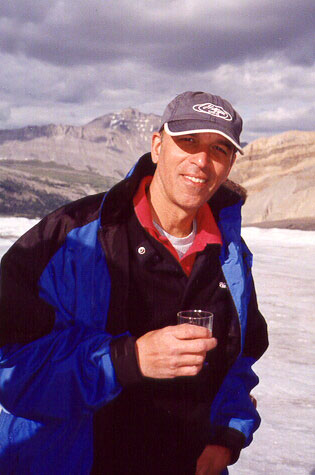 I'm not a writer, but I've been asked to write about how I met my husband. So I'll do my best to tell it to you straight, as I have so many times before out loud--once to a woman who subsequently followed in my exact footsteps and met her own future husband in the exact same fashion! It all started when a friend of mine, Jane, asked me to go with her on a cycling trip in Nova Scotia with the adventure outfitter, Backroads. It wasn't my first choice of destination, but Jane assured me it was an ideal place for cycling. For me, there was no ideal place for cycling as I had not been on a bicycle since I was ten years old. The whole idea of it was daunting. Could I get on a bicycle and make it go? Yes, of course. I'm athletic and I worked out a lot. But a whole cycling trip when I had not been on a bicycle since childhood? Back then, in 2000, I was at the end of a failed relationship, waiting to move into a rental with my ten-year-old daughter. It was a transitional time for me, which was just the right moment for an adventure and a challenge, so I accepted. First, I began by digging out a bicycle from my shed, an old mountain bike from who knows where, and riding locally (I live in a very hilly area). I worked up to 15 miles, three times a week, and gradually joined a local bike club where I was able to log in a whopping two or three rides of maybe 30 miles each prior to the trip. A few weeks before the trip, Jane called. Something came up at work and she had to go on a business trip at the same time as our cycling excursion, so she could not make it. I was so disappointed! I called Backroads to cancel my trip, explaining the circumstances and hoping for a full refund. They suggested I instead go on a "solos" trip to the Canadian Rockies. That was a scary proposition--to go alone on a biking trip in the mountains--but I finally agreed to do it! 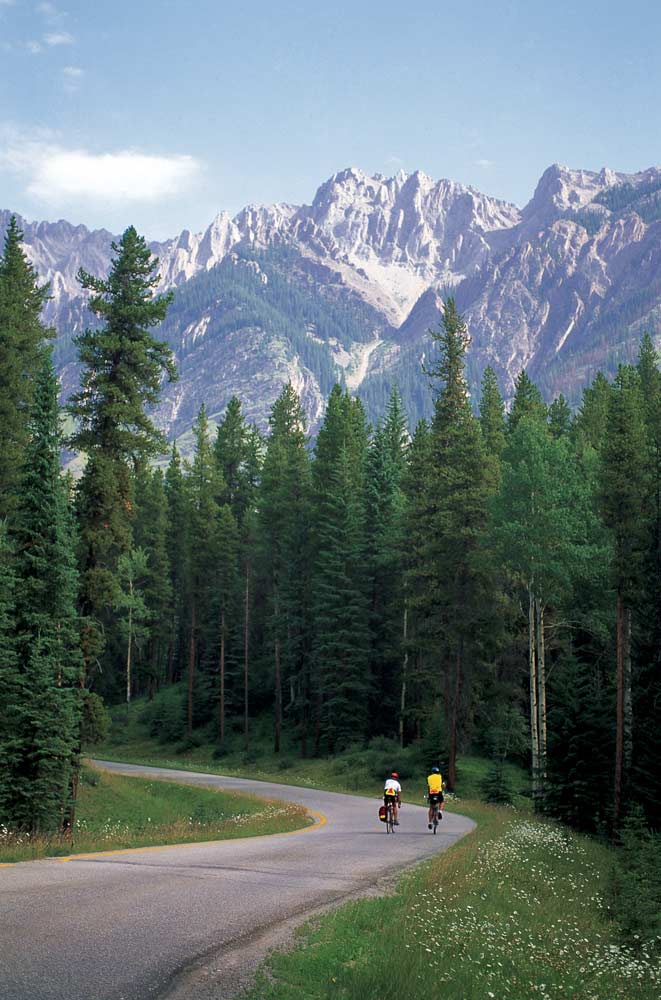 It was such a mix of excitement and anxiety, between traveling alone for the first time since college and the bike trip itself... I was just a bundle of nerves. My paperwork from Backroads thankfully simplified where to go at the airport to meet up with the shuttle from Calgary to my hotel in Banff, so I headed over there, rolling my larger-than-life suitcase with me. When I got there, some guy came over to me and asked if I was going on the Backroads Canadian Rockies bike trip. "Yes," I replied, "you too?" "Yes," he said and asked, "Have you been on any of their trips before?" And thus the conversation continued as we sat in the van and chatted all the way to my hotel (we were staying at different hotels the night before). As I got off, we said goodbye and the van continued on. I checked into my room, pulled out my yoga mat from my home on wheels, put on my bathing suit in preparation of a soak in the hotel hot tub, when all of a sudden the phone rang. When I answered the phone, the front desk said there was a "Jim" looking for me. I said, "I don't know any Jims. You have the wrong room." Click. Seconds later the phone rang again. "Jim says he just met you on a van." Oh my God! The guy I met on the van remembered my name, remembered my hotel and actually CAME BACK TO FIND ME! It was a bit stalker-ish to me, and to boot, I was just getting out of a relationship, not looking for another. He picked up the phone from the front desk and asked if I'd like to walk around town with him. "No," I informed Jim, "I'm just on my way to the hot tub, already in my bathing suit." "Oh," he said, "we bike out tomorrow and we're not coming back. I've never been to Banff and hear it's a really cute town." I stopped to think. He's absolutely right. I can go in a hot tub anytime, but I may never again in my life have the opportunity to see this town. "OK, but you'll have to give me ten minutes to get dressed." And I'm thinking, no man is going to want to wait, but Jim says, "No problem." Wow, I say to myself, my ex would never wait for me! This is a nice change. And so we walked all afternoon, talked over a cold drink, shopped, had dinner together (enduring a power outage!), and he turned out to be not only a very patient man, but an excellent listener, which was great considering the way I can talk! To top it all off, he walked me all the way back to my hotel, the gentleman he was, and to my own surprise, I was very impressed. I was also relieved, thinking this guy would possibly keep me company during the trip, and could help me since he had been on some of these trips before and knew what to expect. The next morning we met at the group breakfast, got fitted on our bikes, and ended up biking out together, all pre-planned by Jim but unbeknownst to me. Just after biking out, we spotted a stream and some animals and I stopped to take some photos. A passerby asked if we wanted our picture taken and I didn't want to be rude and say no, and evidently neither did Jim. 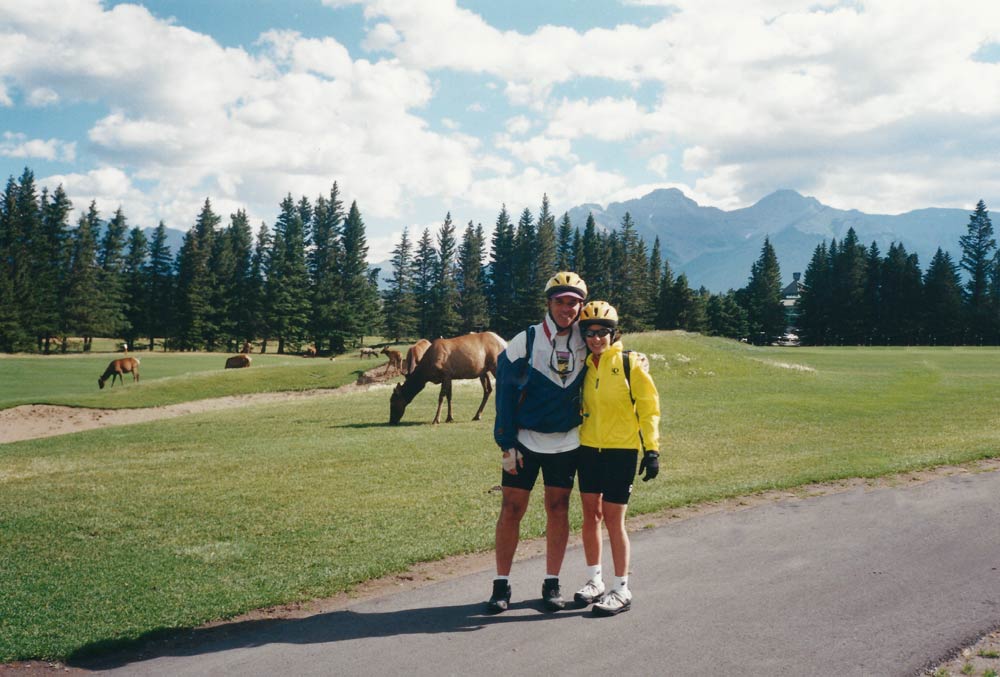 We biked together the first four days of the trip and on day five, we had an option of biking 38 hilly miles and then shuttling to the next hotel near the Columbia Icefields or continuing on for another 17 miles, which would include a mountain pass. I wanted to go for the challenge, but at the deciding point where the van was waiting, Jim opted out. It was me and two other cyclists taking on the mountain pass with one guide. I had no idea if I would make it, and as I successfully finished the grueling climb and coasted towards the hotel, all I could think of was finding Jim to tell him I made it. As I ran into the hotel full of excitement, hoping to find out what room Jim was in so I could tell him of my accomplishment, there he was...standing in the lobby waiting for me! I ran into his arms for big hug and his warm congratulations! I guess, as they say, the rest is history! 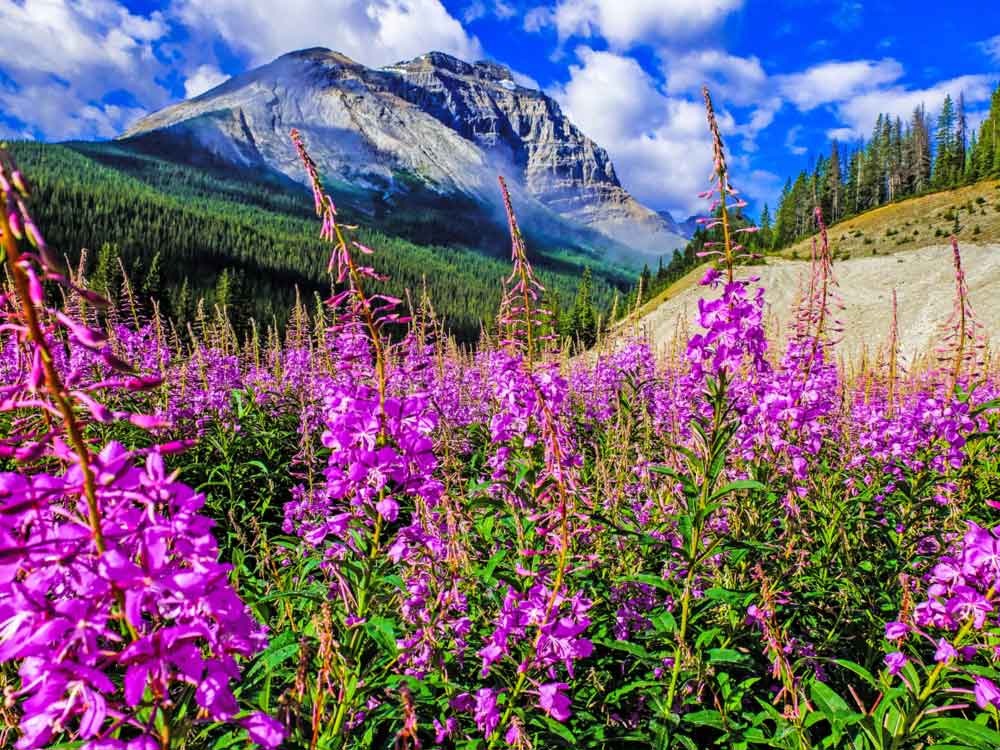 Epilogue: We were married 5 years later at Eleven Madison Park in New York at a small, intimate wedding. Since we met, we have weathered many storms together, and we have also been blessed with many wonderful celebrations. His daughter got married and had two children. Mine graduated high school and college. We continue to enjoy cycling and hiking trips, and cannot say enough good things about Backroads. In fact, the year after we met, we went on a trip to Peru and Machu Picchu where we met a group of marathon runners from New York City. We told the story of how we met, and one woman from that group decided to go the very next year, on the very same trip. Would you believe that she also met a guy who she also ended up marrying?! And they're also still married! If there's a lesson to be learned, I would say it's this: GO ON A BACKROADS TRIP AND FIND YOUR SOULMATE! 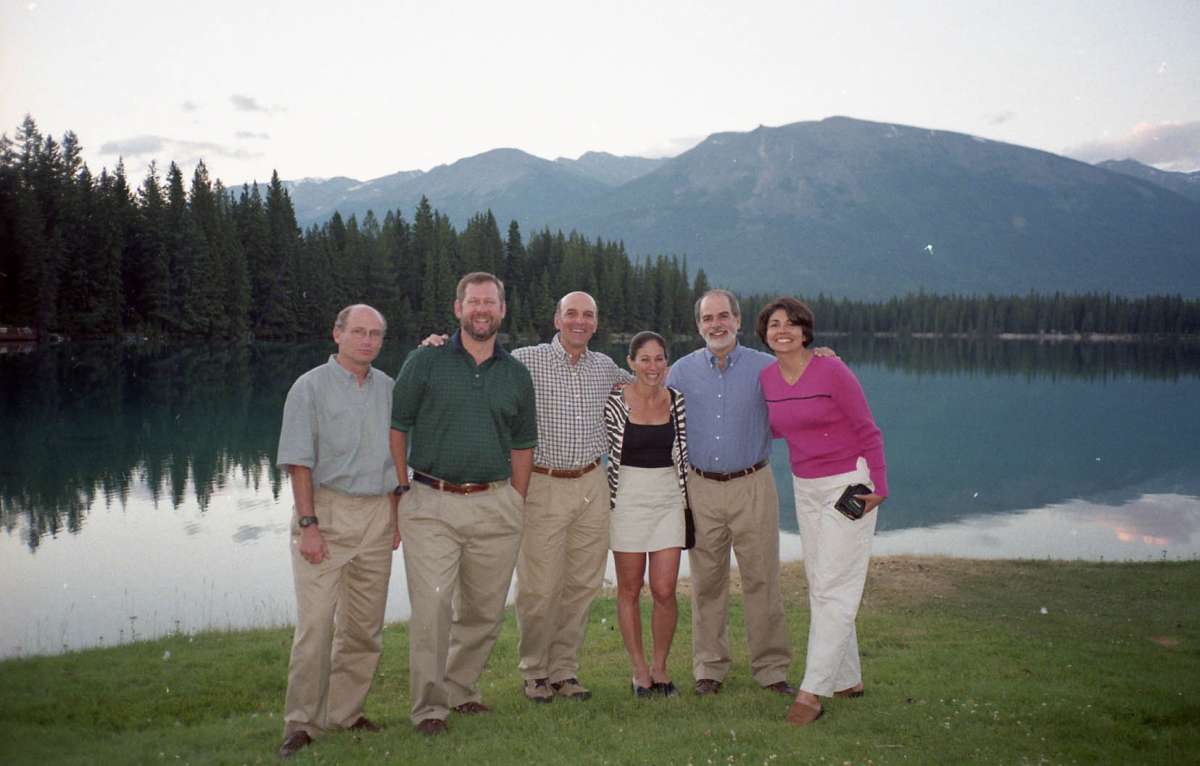