One of the many perks of being a Backroads leader is that I get to spend my time off immersing myself in some of the most captivating, rugged and culturally rich places in the world. Most recently, my work locale has been the in the heart of Andalucía--Seville, Spain. 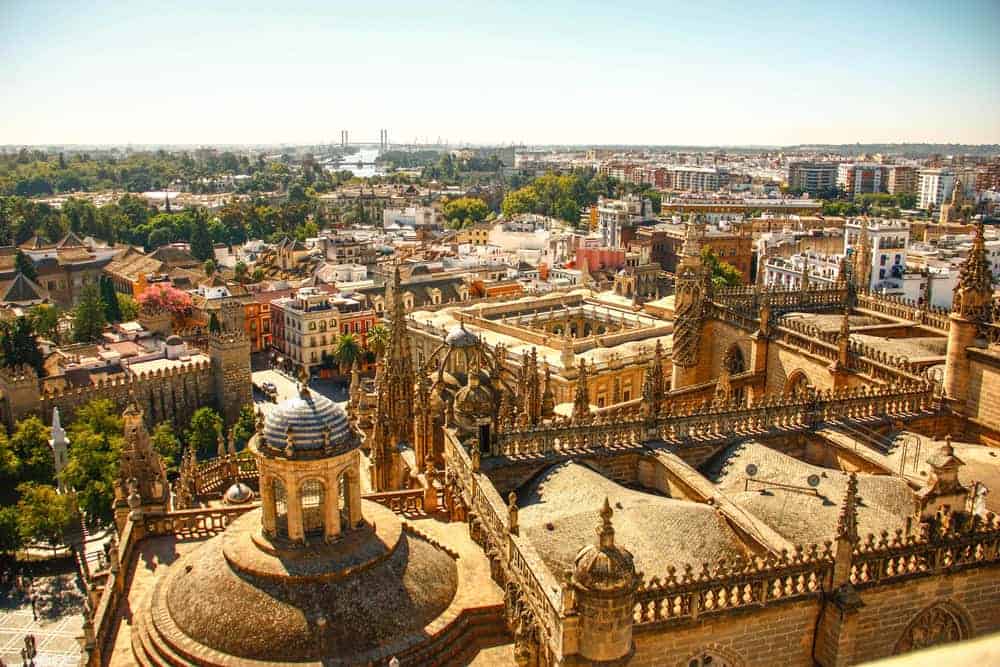 One warm and lazy afternoon, I found myself meandering about the twisted and narrow pedestrian streets of downtown Seville. As I made my way back toward the main square, I spotted a tiny nun (almost a full head shorter than myself), nearly doubled over with what looked to be an incredibly heavy picnic basket, disappear into a small doorway. Surprised--and more than a little intrigued--I followed in the nun's laborious path to sneak a peak around the door she had left ajar.

Instead of finding the petite nun tottering along another narrow passageway, I found myself standing in a small stone alcove with what appeared to be a medieval lazy Susan built into the surrounding wall. My curiosity was piqued; how on earth did the miniature nun seamlessly pull off Houdini's vanishing act while hampered by such a heavy basket?! Backing out of the entryway, I peered back up and down the tapered street. Perhaps there was another door that I had missed? But instead of finding another discreet entry, a small worn sign peaked out from under decades (maybe even centuries?) of city dust: "Convento Madre de Dios - Dominicas." The nun had disappeared into her convent and, though I didn't know it yet, I had just stumbled upon one of Spain's best-kept secrets. Today, Spanish nuns earn their living by selling sweets and confections to the community through turntables called tornos. Dating back to Roman times, their recipes have been passed down through the ages, safeguarded for generations and imparted to each successive new arrival.

Just ask any Sevillano in this labyrinth city of cobbled roads and miniature squares: the best pastries come from Seville's convent kitchens. 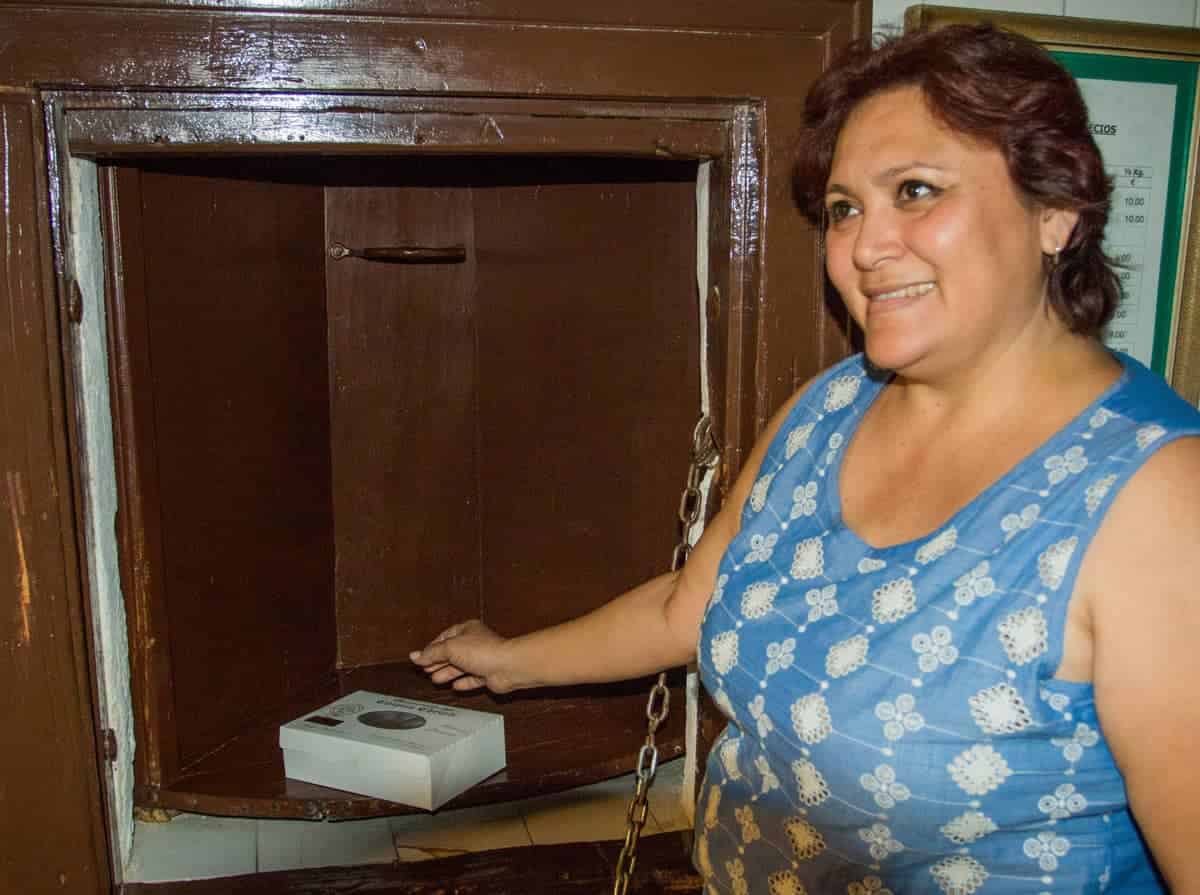 Religion is deeply entwined in the Spanish culture--and becomes increasingly visible the further south you go--so it makes perfect sense that Spanish citizens would contribute to the preservation of their religion. They assist by attending mass, donating to charity and supporting local convents and monasteries. But how exactly does a neighborhood participate in maintaining the livelihood of their cloistered nuns and monks? It's quite simple: by faithfully partaking in the centuries-old tradition of purchasing their homemade sweets! Buying convent cookies is something patently Spanish and a magnificently local experience that few tourists know about. Plus, I find the traditional manner for purchasing the confections extremely charming... 1. First, enter the outer wall of the convent and step into a rather small antechamber with a turntable built into the wall--like the one I followed the vanishing nun into. To protect their cloistered privacy, more traditional convents will avoid direct contact with the outside community; you may never see the nun from whom you are purchasing the sweets! 2. Typically, there's a list of what that the convent sells posted beside the torno. Look it over to determine which pastries you would like to purchase. Some convents are known for their particular sweets--magdalenas (muffins), polvorones or mantecados (a very powdery shortbread), marmeladas (jams or marmalades), and bizcochos (cakes) just to name a few. 3. Ring the bell on the wall by the torno. After a minute or so, you will hear the voice of a nun greeting you from the other side of the partition. 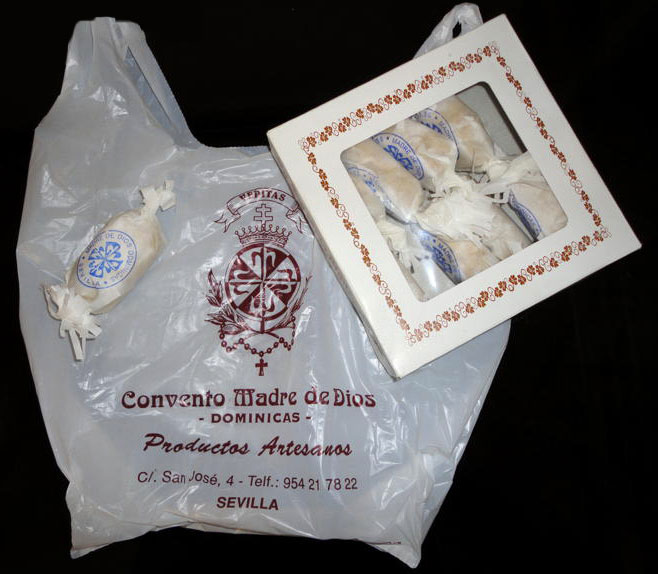 4. Tell her your order and then wait for her to carefully package up your sweets. After a few minutes, the turntable will spin and you will find your order on it! 5. Finally, put your money on the torno and turn it back around so the nun can get to it. If you have any change, the nun will turn the torno back to you with the difference. The reason I find this transaction so enchanting is because it's completely based on mutual trust. Neither you nor the nun has seen the other, yet she faithfully passes you her handmade goods, fully believing that you will complete the transaction. It's such an honest and quaint gesture, but speaks volumes in our modern world. Unfortunately, this art may become lost to future generations, as many of the convents throughout Spain are closing due to a lower number of nuns. Purchasing convent cookies will help nuns keep this wonderful Spanish tradition alive.

Great site! Organizing a trip for 6 of us to Spain. Thanks for the help!
Top