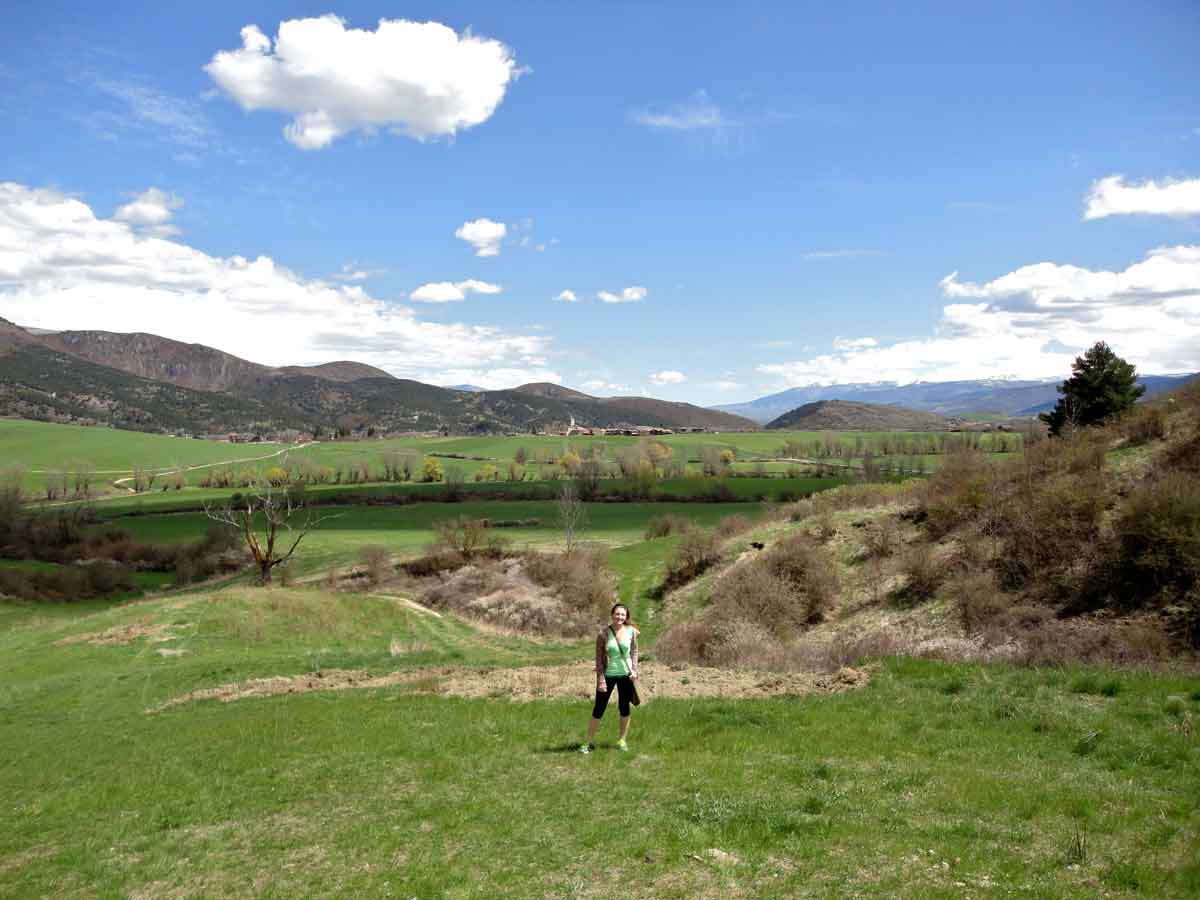 Awaken to the smell of mountains--a mix of cold morning air, dew-laden grass and the faint, earthy smell of livestock. Tuck into your slippers and shuffle across the chilled tile floor, opening the shutters to look out onto a valley still encased in early-morning fog. As the wooden panels groan against the incoming rush of light and air, hear a loud bleat from Queca, the overweight sheep and closest neighbor for kilometers... This is life at the leader house in Catalonia. This was how I woke every day for nearly eight months my first summer with Backroads. 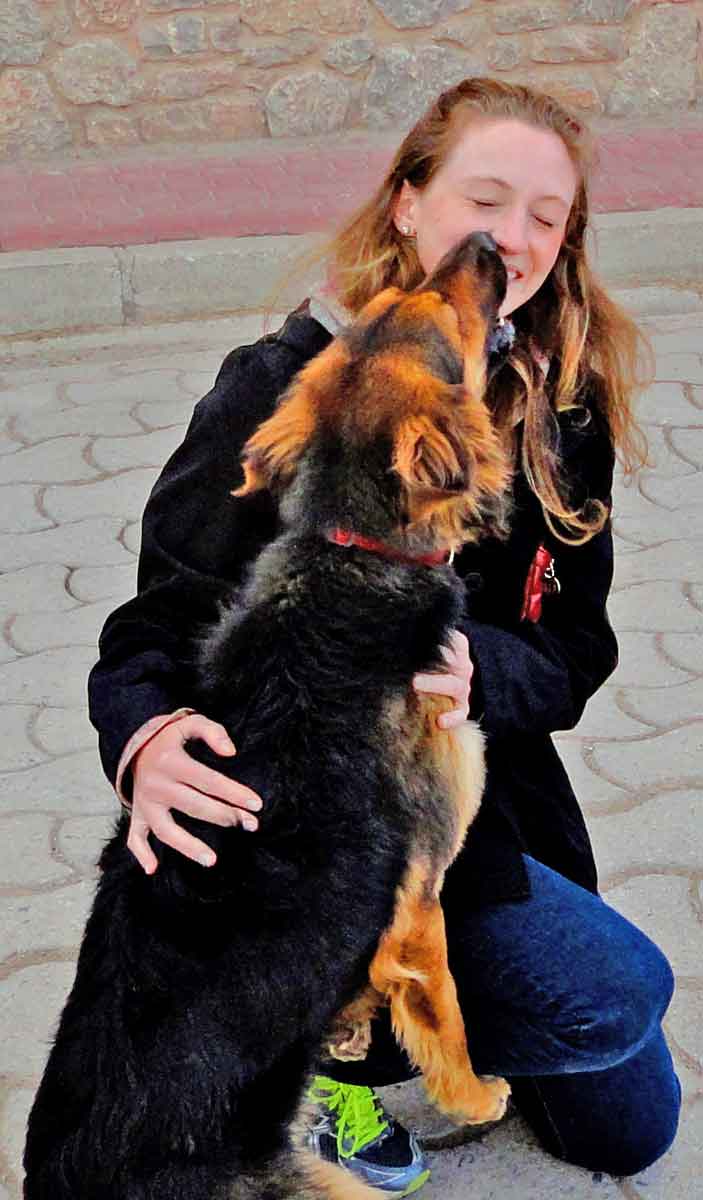 Me and Pepi, my favorite running companion - She would run with me every morning my entire 5k route through the neighboring farms! (I think she memorized my running schedule because she was ALWAYS there waiting for me)

When I first arrived in the small town of Pi, it was early spring and snow still blanketed the Pyrenees and the Cadí-Moixeró Mountains surrounding La Cerdanya Valley. Pi is a small town comprised mainly of cattle farms and only a handful of permanent residents; definitely more livestock than people live in this town. It's quite isolated here, even for one of Catalonia's valley towns. A tiny gathering of houses--mostly empty second homes whose owners come here mainly to enjoy the epic winter snowfall--a tiny, local church and a bar are all the buildings of Pi. No grocery store, not even a frutería (fruit shop) nor an estanco (tobacco shop, which in Spain is a common all-purpose convenience store) within two kilometers. When we needed basic supplies--like fruit and eggs--we hiked two kilometers along the little dirt footpath behind our farmhouse (crossing a pebbled stream, a Catalan horse enclosure and fields of hay) to the next closest town of Bellver. However, when we needed to do more serious shopping, or when we were prepping for a trip and had to buy picnic supplies, then we drove nearly 40 minutes to the French border, to reach the nearest Spanish city, Puigcerdá. Bike storage is in a converted feeding stall that used to house all the cows that once lived on the farm. Just next to the transformed bike warehouse reside all the remaining animals still on premise: a Shetland pony named Taqui, a pig called Mou, our very fat, early-riser sheep, Queca, and a flock of guinea fowl and chickens. These animals became our pets during our lives in the old farmhouse. Our landlord named the pig Mou after Madrid's soccer coach, Mouriño, so he could "yell at the idiot" whenever he was frustrated with Mouriño's (lack of) coaching skills. The slew of unnamed guinea fowl and chickens were constantly making the biggest racket. The only time I remember them being eerily quiet was just before a big storm would overtake our valley. Mountain storms are a thing of wonder in the Pyrenees. In less than ten minutes, a beautifully clear and sunny sky can turn black. In a matter of minutes, thick storm clouds send blankets of rain and lighting ripping across the unprotected valley. Whenever one of these storms was on the horizon--before clouds could even be seen--our weather forecasting poultry would quietly disappear one-by-one into their coop to wait out the oncoming tempest.

This may not sound like the "ultra-glamorous" lifestyle that guests and family fantasize for trip leaders--staying at nice hotels, eating great food and biking through beautiful countryside--but this was my home my first year with Backroads. It was not necessarily what I expected coming into this job, but like many of the unexpected parts of trip leading, this was definitely an adventure I'm so grateful to have had!

Nice work Jillian! Enjoy your adventures.
Thanks Crissy, glad you enjoyed it!
Thanks Terre! I'm presently in Argetina, "living the dream!" You should steal the kids away from school and come visit me sometime ;) Huge hug to you and your family! Besos, Jillian
Good story Jillian :) I remember that first spring in Pi, seems like so long ago! Besos!
Great story, thanks for sharing, Jillian! Makes me want to lead in Catalonia :)
It was an incredible experience and an amazing place to lead! I hope you make it out there sometime!
Top