Since I was a teenager living in New Jersey in the 1960s, I had dreams of riding a bicycle across the country, east to west. When I got to Los Angeles, I planned to throw out the first pitch at a Dodgers game.

But life carried on, and I set that dream aside for many years. In fact, I was not a serious cyclist until my two daughters graduated from college. Then I upgraded from a Huffy to a Rossetti and challenged myself with one-day rides from Miami to Key West or Cape Kennedy to Crystal River. I loved the solitude, didn’t love the headwinds. But I discovered that there is something special about seeing the world from your bike at 15 miles per hour.

In 2012, my close friend Roy Gross died of multiple myeloma, an incurable blood cancer, and I couldn’t allow his death to go unnoticed. I had to fulfill the dream we had of riding a bicycle from Portland (Oregon) to Portland (Maine).

A couple of days before Roy passed, I wrote him a love letter; an email which stated how important his friendship was. We golfed together, skied together, traveled together with our wives. We spent hours trying to figure out the next gag to play on the other. In that email, I said I was going to honor him with a bike ride across the country.

In the process of planning the ride, I came upon the Multiple Myeloma Research Foundation (MMRF). What better way to honor Roy’s memory than to make my cross country ride an opportunity to raise money for this great organization devoted to curing the very cancer that took Roy’s life? It took some prodding and cajoling from me but the MMRF made it happen and in September of 2017, I found myself in Manhattan Beach, California., alongside 17 others, ready to ride east. Only six guys were going the full 50-day, 3,411-mile ride – the others were stopping in Flagstaff.

The ride was to finish in Jennings Beach, Connecticut. 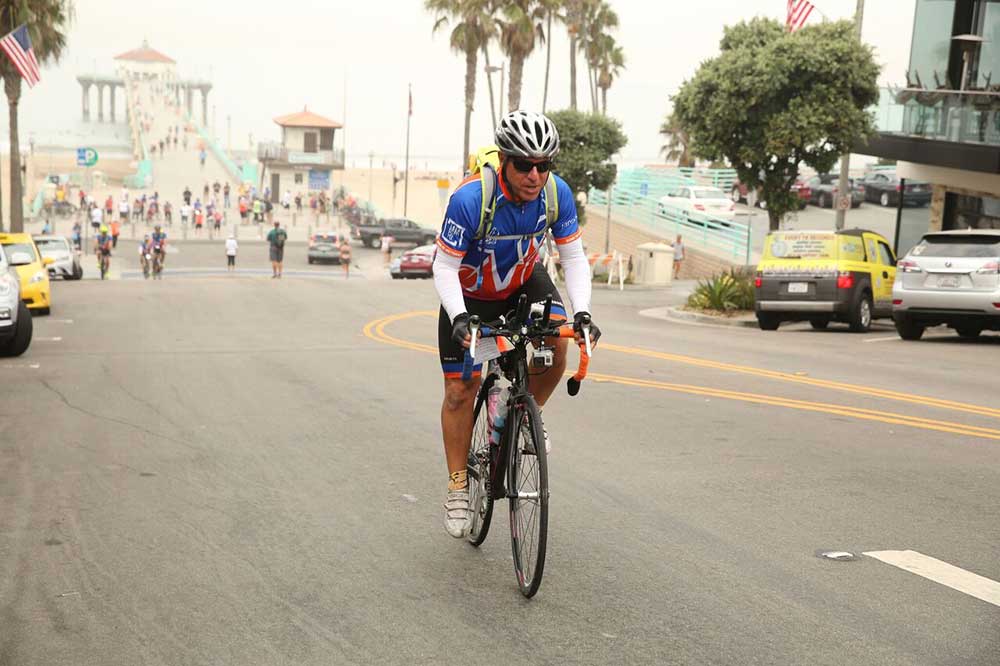 It was an incredible experience. We rode in 120 degrees in the Mojave Desert and 34 degrees in upstate New York. We rode in negative elevation in California and at more than 7,000 feet in New Mexico; along the shoulders of interstate highways and on the old Route 66.

We met people who asked what we were doing riding bikes in the middle of (fill in the state). When told it was a fundraiser, they reached into their purses or wallets and handed us a donation.

When Tim pulled Chuck into a huge hug to thank him for what he was doing, it became clear that the ride across America was not about me pedaling 3,400 miles or fulfilling a lifelong dream. It was about what we, as a team, were doing.

That’s when I realized why several people had driven hours out of their way to see us, to talk with us, to be a small part of what we were doing. We realized that it wasn’t about cycling so much as it was the inspiration cancer patients were getting from our journey.

In all, the tour raised more than $400,000 for the MMRF and remains today one of the largest individual fundraisers that organization has ever put together.

In 2019, four of the six men who rode across the country reunited to join a Backroads tour from Burlington, Vermont to Quebec. It was another terrific experience seeing the country on two wheels. We continued to raise money for the MMRF and the Backroads staff was exceptional in every detail, making our riding so much easier.

I continue to ride even as I celebrated my 70th birthday in December and hope my health will continue to allow me to cycle for years to come. Riding is my chance to isolate myself from the world and gives me a chance to remember Roy.

In the fall of 2020, I completed my book Cycling Across America, a Journey of Hope and Awareness, and dedicated it to Roy. Since his death, I’ve committed to helping the MMRF and pledge to donate 25% of the profits from the sale of the book to the MMRF. It is available on Amazon and at Barnes & Noble. 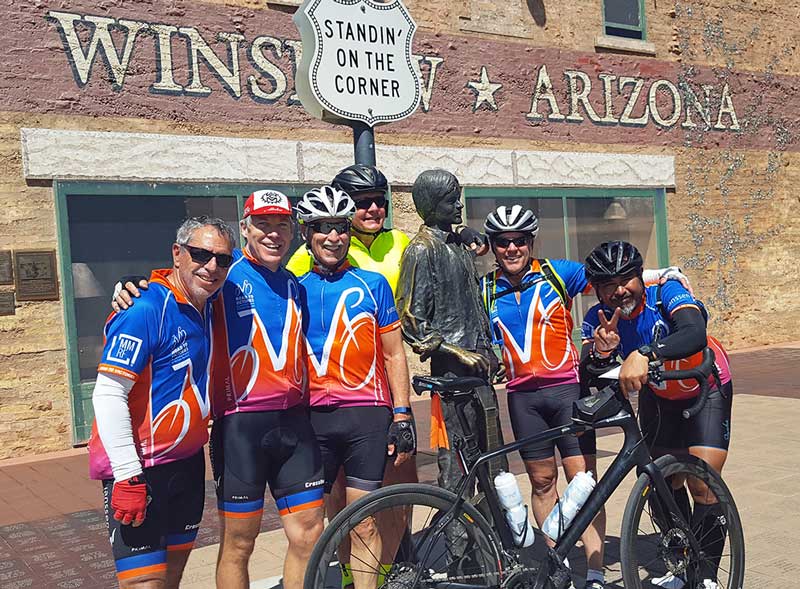 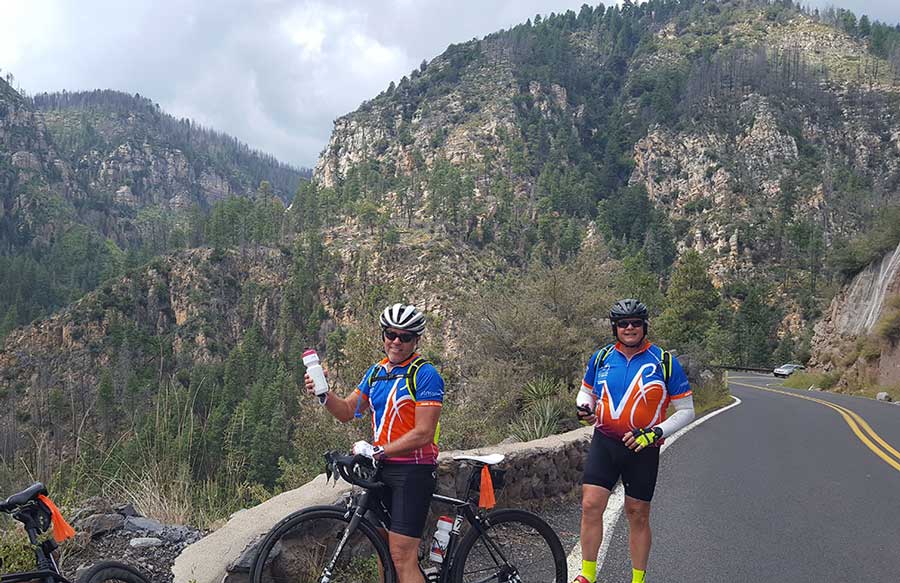