Biking at 100: How one man's never-too-late attitude has helped him thrive through a century filled with travel, biking and loved ones

This year I had the honor of attending my first 100th birthday party. Actually, my Great Uncle Mike is the only 100-year-old I've ever met. But age is only half of this story... Uncle Mike's 100th birthday party was a bike ride! 100 years of age is a crazy thing to wrap your head around. But can you imagine being 100 and balancing on a bike, managing traffic, flying down hills?! 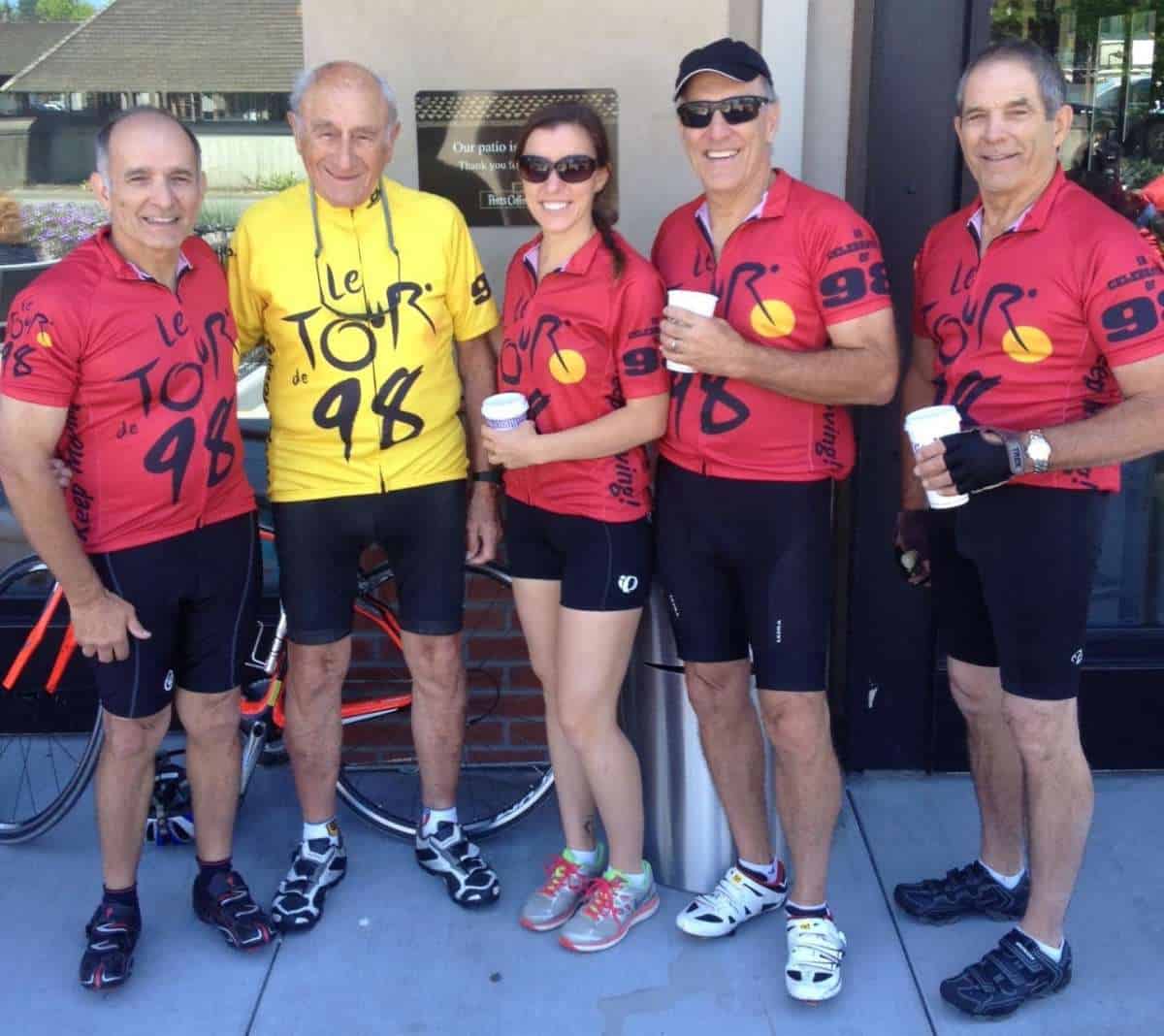 Uncle Mike is 100 years young and rides his bicycle 20 miles 3 times per week. Starting with his 98th birthday, my extended family decided to celebrate with Uncle Mike by joining him for his routine ride. This includes a hilly loop through neighborhoods and town in sunny Marin County, with a brief stop at a coffee shop where, of course, everyone knows him. Uncle Mike leads the way in a yellow jersey donning "Le Tour de 100" on the front, while the rest of us follow in red jerseys, trying to catch him barreling down the hills. You're probably thinking, that's good that he continued his hobbies from his younger years, but he actually started riding his bike in his mid-50s! There goes the excuse of being too old to try something new (darn!). When Uncle Mike took up skiing in his mid-50s, he was having difficulty building leg strength due to a blood poisoning incident when he was 12 years old, which nearly cost him his leg. Anxious to excel at skiing, he asked his friend and famous Austrian designer of Ski Incline at Tahoe, Luggi Foeger, how he could strengthen his legs. Luggi's answer? Biking. And that suggestion by Luggi, along with the purchase of an English Raleigh bike for $59, launched Uncle Mike's now 40+ year love of cycling, though in recent years he has upgraded to some very snazzy gear. 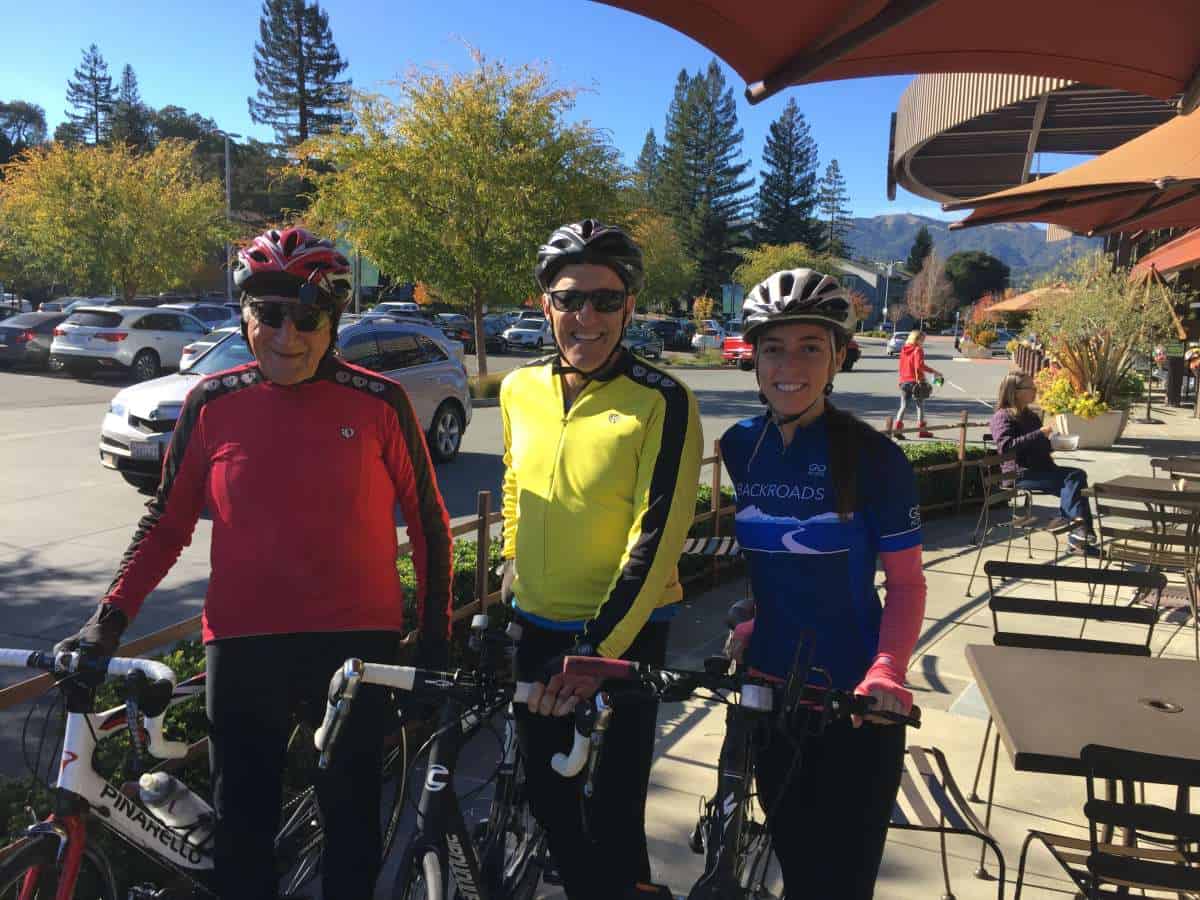 Before Mike discovered skiing and biking, he had two loves: his wife and travel. He was married for 69 years, taking more than 15 trips abroad to Europe and Asia. They mostly traveled in tour groups which lead to many lasting friendships and reasons to travel more. Mike feels that the most meaningful aspect of travel is "to learn about the lives of other people, what their daily lives are and what their children do." Uncle Mike enjoys sharing his own stories from the past 100 years as well. My favorites are of him racing Harleys at 6 a.m. on empty roads at San Francisco's Ocean Beach, to buying a 30-foot cabin cruiser in Alameda for $1,100, to catching thieves during WWII. Uncle Mike never gets a name or a date wrong, proof that staying active keeps you healthy and sharp! Uncle Mike still spends time at his cabin in the mountains several times each year. He also enjoys spending time with his 3 children, 8 grandchildren, 3 great-grandchildren, extended family and friends. It is a great sight to see his crew at his birthday bike rides! 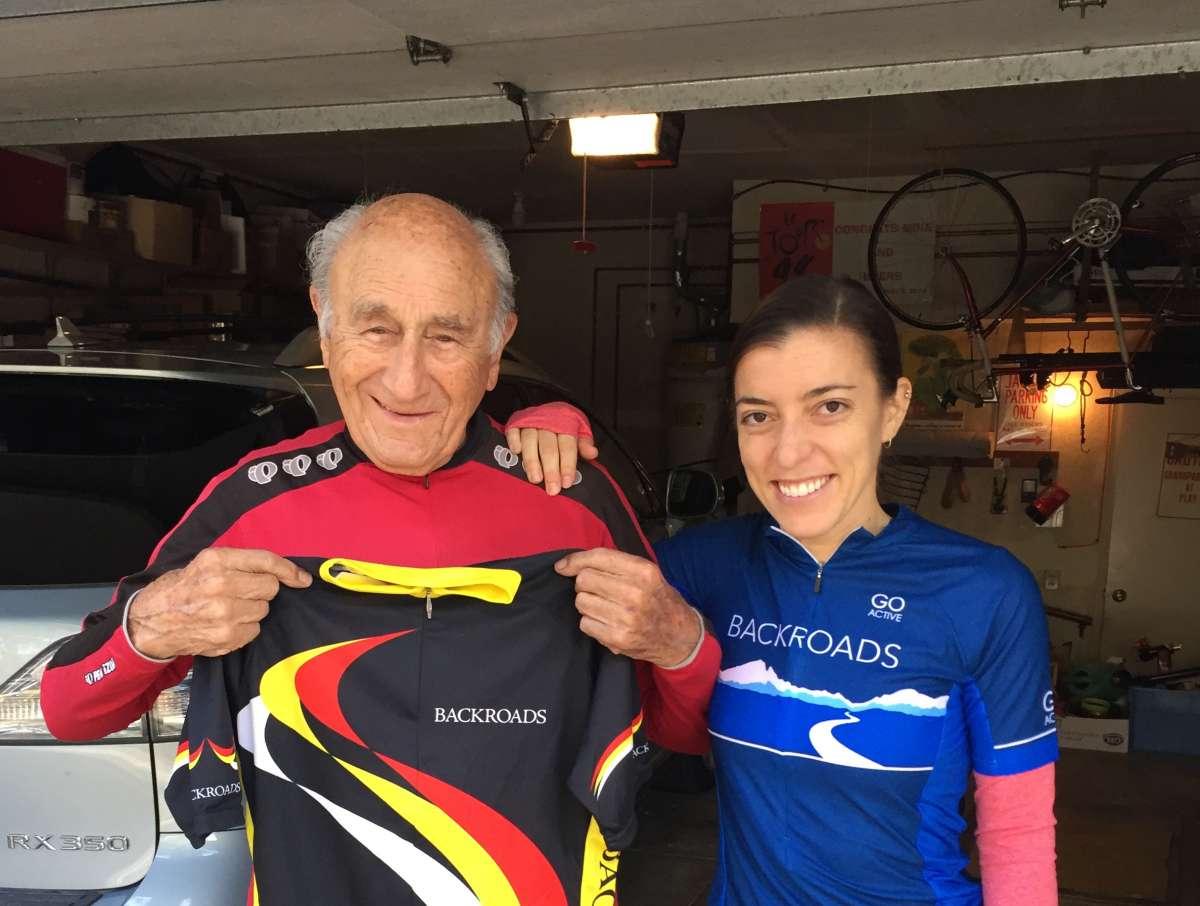 The amount of different active hobbies to choose from can be overwhelming and intimidating. We can get wrapped up in old routines or tell ourselves it's simply too late. I am so grateful to have a healthy, active 100-year-old in my life so that "too late" cannot exist. After all, he has been doing his "too late" activity for longer than I've been alive! As you take on the New Year, and you are having beautiful fantasies of chipping away at your bucket list and improving your health, how about combining your passion for being active with trying something new? Uncle Mike's advice to future generations is "to expound your experiences and your ideas of family life to your friends and other people." So stay active, see the world and prosper!

What an inspiration! I want to be Uncle Mike!! Thanks, Andy for brightening this rainy, dark January day.
This is so awesome. Go Uncle Mike! Thanks, Andy, for sharing his story.
Go MIKE ! Go bike ! Go hike ! Go LIKE LIFE !
Thank you. Well written. I have a soon to be 87 year old dad who discovered biking in his retirement years and still rides. He and my mom continue to inspire us all.
Andy
This is a well done article on a very special uncle. Keep up the good writing, you are a natural.
Uncle Mike is such an inspiration! Thanks for sharing this encouraging story.
Uncle Mike is our hero. We all can learn from his optimism and action. Great article Andy!
As I deal with cervical discdedication, spars, and nerve impingement, with likely Surgery ahead, Mike's story has inspired me. I am in the gym doing strengthening exercises on machines, in the pool, and through cardio. At 61, this does not have to prevent me from the things I have yet to tackle! Thank you, Mike.
What a great story and Uncle Mike is a great inspiration.
And look at the smirky-smile on his face... how happy he is to be a bad-ass!
Wonderful story. Thank you for sharing.
Uncle Mike turned 101 yesterday and is still healthy as ever! He opted for a humble low key celebration this year, spent with close family. He continues to inspire though, keep biking!
This is wonderful to hear, Andy. Uncle Mike is a true inspiration to stay active and keep on biking!
[…] Who comes to mind when you think of a superager? I think of Roxy, who signed up for a rafting trip through the Grand Canyon at the age of 74. The trip leader was concerned that the excursion might be too wild for her (based solely on her age) but she completed it without incident and immediately embarked on an expedition to summit Mount Kilimanjaro. I also think of Backroads guest Mike, who’s 100 years old and still biking! […]
Top