The Power of a Bicycle to a Child

Looking through the window of the bus, I could see many people walking the dusty streets of the capital in oppressive heat, some carrying jugs of water on their heads. For the first time of my life I was in Africa, and I already knew this trip was going to be very different. 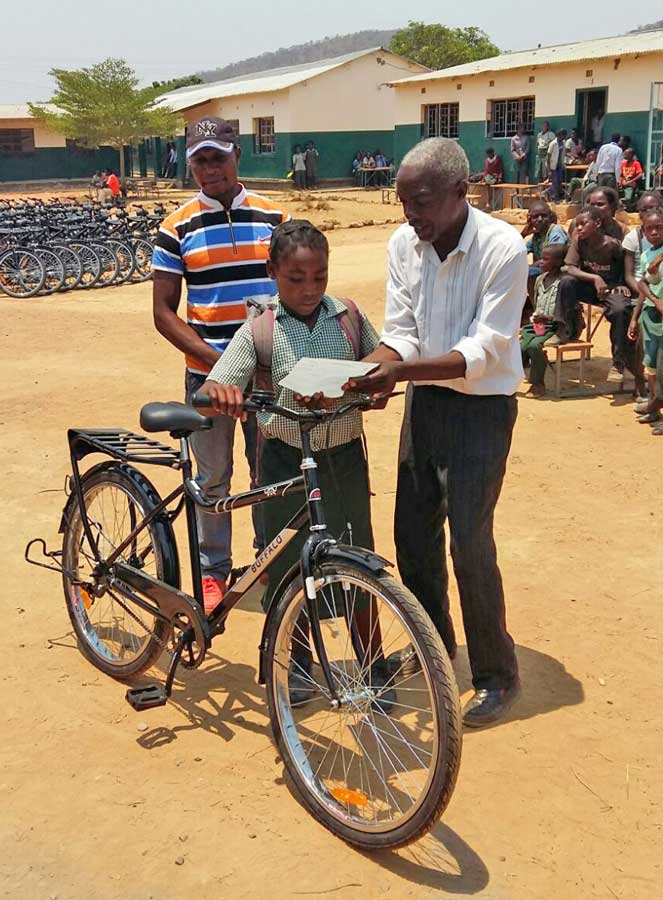 That evening I met my fellow companions for the week, a group of 12 individuals of 5 nationalities, all from different backgrounds but related by a common cause: the Power of Bicycles. We visited the World Bicycle Relief (WBR) office in Lusaka and the plant where they assemble their Buffalo Bicycles. I was amazed by the organization, professionalism and dedication of WBR in Zambia, all orchestrated by the brilliant country Director, Bryan, our host and new friend. Listening to Bryan's stories and past experiences, I felt I was going to be part of something big, something that will forever change the lives of people I don't even know, and somehow that will change my life too. I was in Zambia to see World Bicycle Relief in action. WBR distributes bikes that provide life-changing transportation for students, healthcare workers and entrepreneurs in developing countries. Their special Buffalo Bicycles are engineered for big loads and passengers, greater durability over rough roads and easy local repair--they even operate a Field Mechanic Training Program to help keep the bikes rolling! 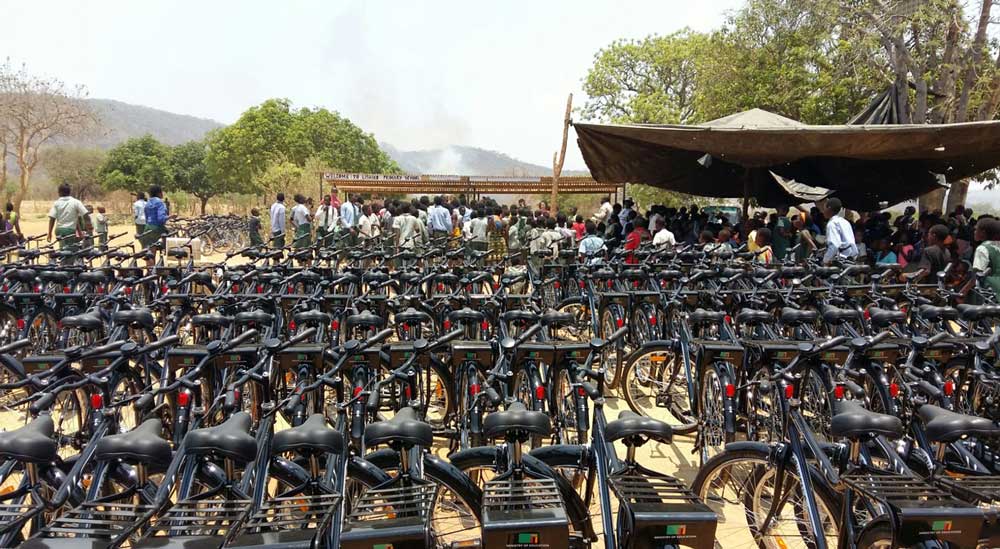 The following day, it took us two hours to drive only 23 miles outside of Lusaka on bumpy, dusty and sandy roads. We reached the local community of Lukolongo and got out to ride our "njingas" ("bicycles" in the local Nyanja language), a heavy but extremely solid bike. As we approached the school, we were welcomed by a crowd that was singing, shouting, shaking our hands and greeting us with "muli bwanji" and "zikomo" ("how are you" and "thank you"). Looking around, I could see only a couple of houses spread sporadically in the hills. Where did all those people come from? It seemed that the 700 students and their families had walked very far distances to attend the big event that was going to change their life: today, with WBR, we were going to distribute 173 bikes to students of Lishiko primary school as part of their Bicycle for Educational Empowerment Program (BEEP).

We were received with incredible warmth. During the celebration we listened to the opening prayer, national anthem and official speeches, followed by poems, chants by the school choir and truly entertaining African dance and drumming performances by students. After came the most moving part of the ceremony: the handover of bicycles to the beneficiaries. I'll remember this moment forever when, under the fierce midday sun, the students in their green and white uniforms received their very first bikes. Their faces suddenly changed and they broke out in huge smiles. Was it a dream? A miracle? No, this was real. 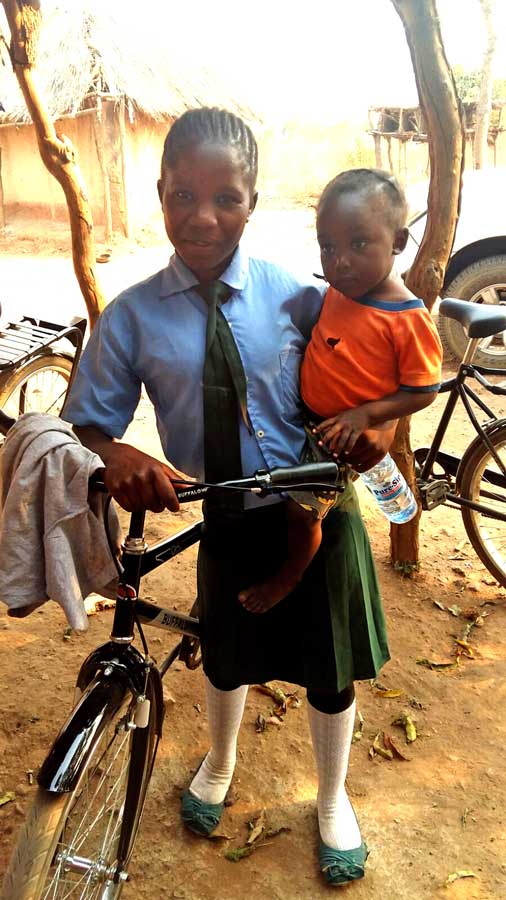 Thanks to individual donors around the world and partnerships with companies like Backroads, these kids, who live five or more miles from school, are now able to bike in a fraction of the two or more hours it takes to walk. They're now better able to attend school and get a full education. Today, by reducing the barrier of distance, we improved their lives. In the afternoon, we joined 16-year-old Betty on her very first bicycle ride back home. Betty had stopped going to school because her family lives too far away. Now, she'll be able to attend and finish her scholarship. As we were pedaling hard on sandy, bumpy and rocky trails, we crossed paths with other kids who previously benefited from BEEP, riding Buffalo Bikes on their way home, with one carrying his little sister on the trunk. 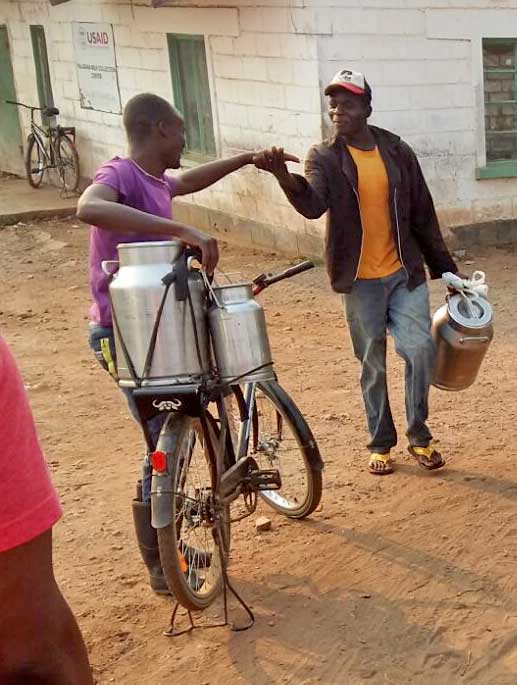 We also passed adults carrying and delivering loads of charcoal on their WBR-provided bikes, and one man carrying a mattress, buckets and all kinds of stuff (was he moving?). Others hauled jugs of waters or milk containers. Yes, the Buffalo Bike can carry over 20 gallons! There's simply no other mode of transportation in those remote rural areas. At the end of a week of such intense days, my brain was spinning. I just couldn't stop thinking of all the overwhelming and humbling moments I experienced in Africa. My mind was full of the hundreds of smiling faces of parents and kids running out of their humble thatched roofs and adobe houses to give me hugs and handshakes. It was an experience I will simply never forget. Thanks to World Bicycle Relief and Backroads for making all of this possible.

For more on World Bicycle Relief and Backroads' partnership, including how to contribute, click here. 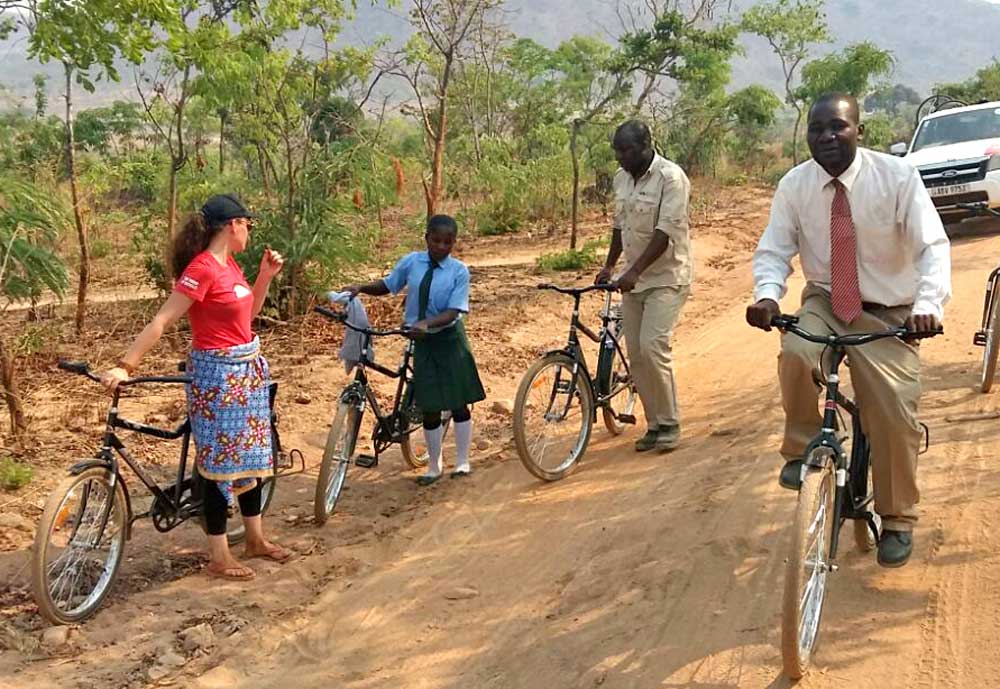