A Day of Biking in Cuba 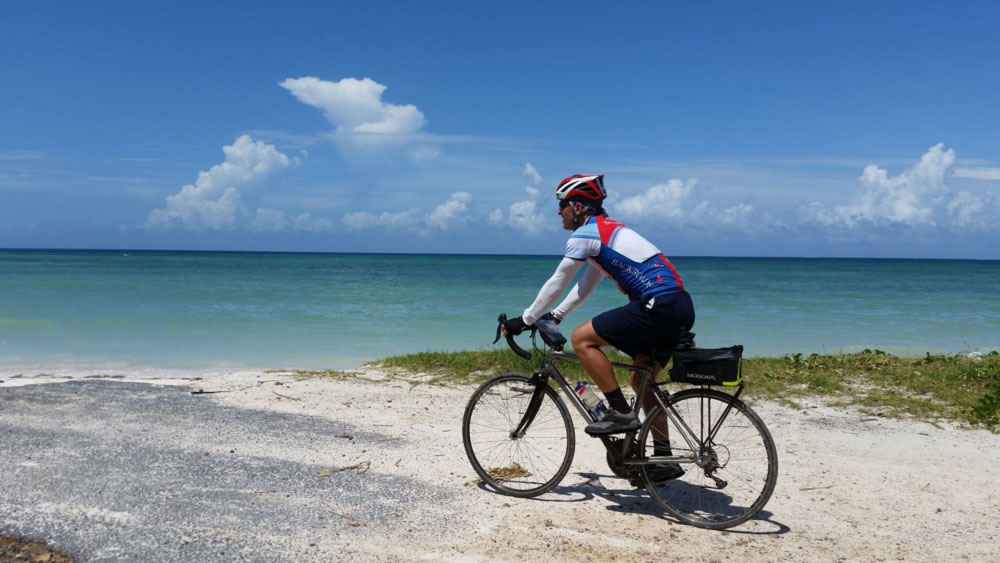 My friend stands at my side eagerly pumping the brakes of his sleek road bike; ahead is another divide in the road. We are in the Sierra del Rosario forest, a birdwatcher's paradise and nest of Las Terrazas eco-community, close enough to reach Havana by pedal--easy enough if you are a passionate Cuban cyclist, but it still highlights your struggle (and that of your compatriots) to live a life with no vehicle of your own. After the Soviet Union collapsed in 1991, Cuba faced its worst crisis, which included an extreme oil shortage. Most private vehicles were abandoned, and public transportation became one of the government's major issues. At the end of the 1990s, I lived in Cuba while participating in a university workshop and the vivid picture I still have in my head of Havana in those days is its stripped buildings and wide streets with no cars, but instead filled day and night with fit Cubans either on Chinese bikes or walking in large animated groups. But the Cuban passion for cycling has an older story, which materialized in 1964 when the Vuelta a Cuba (Cuban version of the Tour de France) was launched for the first time. My friend, Fernando, still participates every year as a member of the Cuban Cycling Masters Team, but today has accepted my proposal to ride with me as I check possible routes for the new Backroads Cuba Bike tour, as he and his teammates will join our guests for a full day of joyriding in their homeland. 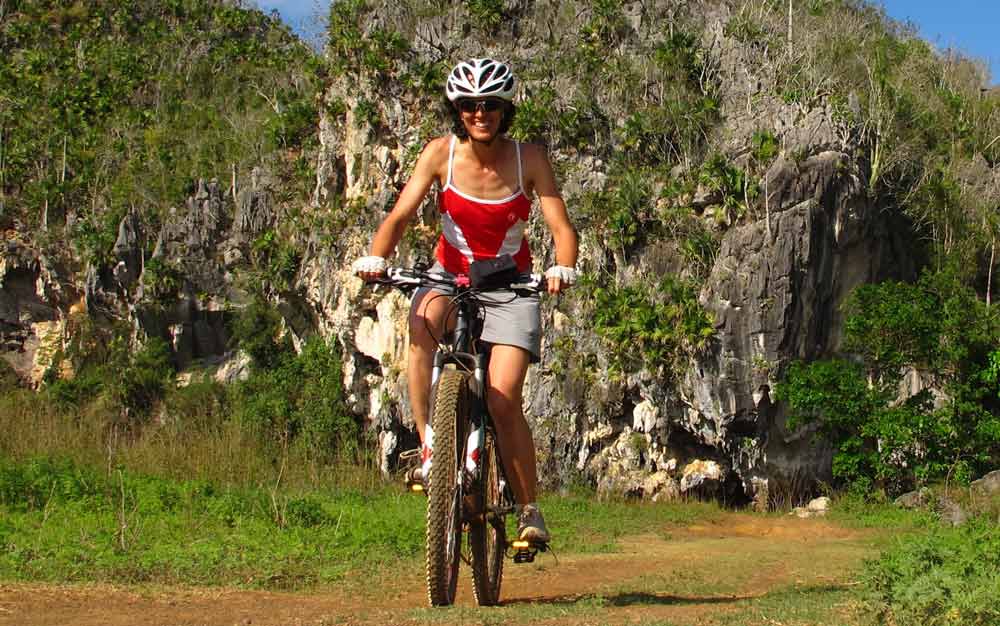 We are still standing at the intersection where I consider either going down to the ocean or deep into the forest... I choose the woodlands. I already spent most of my time yesterday at the white-sand beach and turquoise waters of Cayo Jutías, a key close enough to the coast to be reached by bike via a narrow scenic road built on large boulders. Local fishermen provided ingredients for a seafood feast and a Cuban band's music helped with digestion by allowing me to practice some salsa steps. Call it a perfect day! 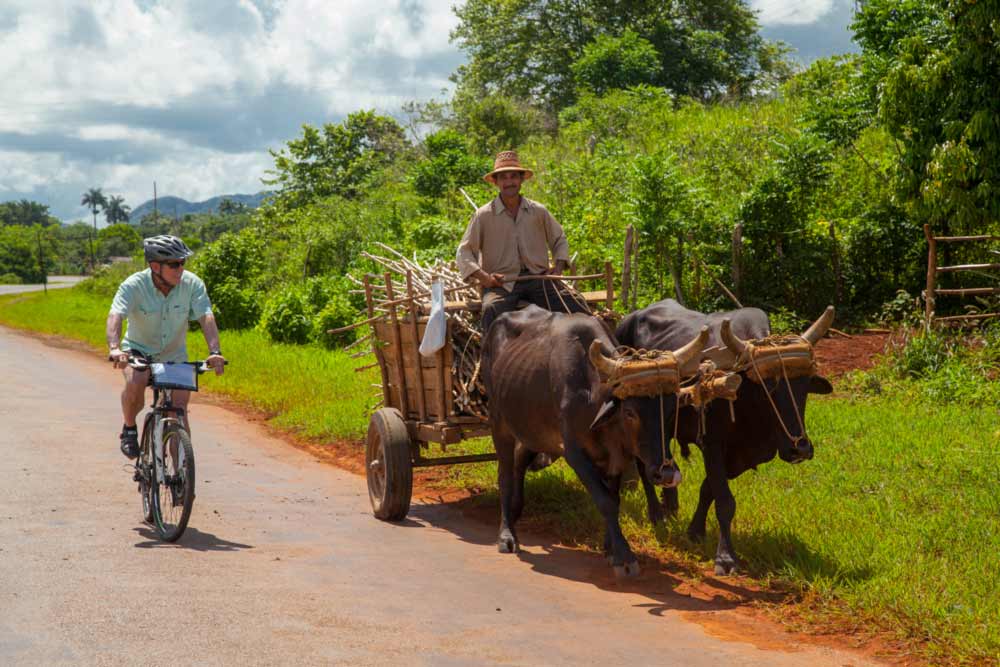 I'm staying in Viñales, one of my favorite areas in Cuba, rural and still laid-back despite international attention because the best tobacco in the world is produced here. Walking to my friends Rachel and Toni's organic farm on red-clay trails, sneaking through lush farmland still being plowed with oxen, I can sense there's something different from any other place I've been so far in Cuba. The breathtaking landscape of massive limestone humps covered in vegetation and emerging from farmland plains definitely helps. As usual, I'm starving after a good day on the bike. I navigate my way through the always-full dining room to sneak into the farm's large kitchen, where all the workers--extended family--buzz around large cooking pots on wooden fires steaming with vegetable soups made from their pesticide-free garden, ecological meat stews and the omnipresent in any Cuban meal: rice and beans! Pretending to help Rachel with her babies, I manage to get some delicious chicharritas (plantain chips) from a large bowl that the abuela Rosario discreetly hands me with the satisfaction of a Latina granny feeding her own granddaughter. 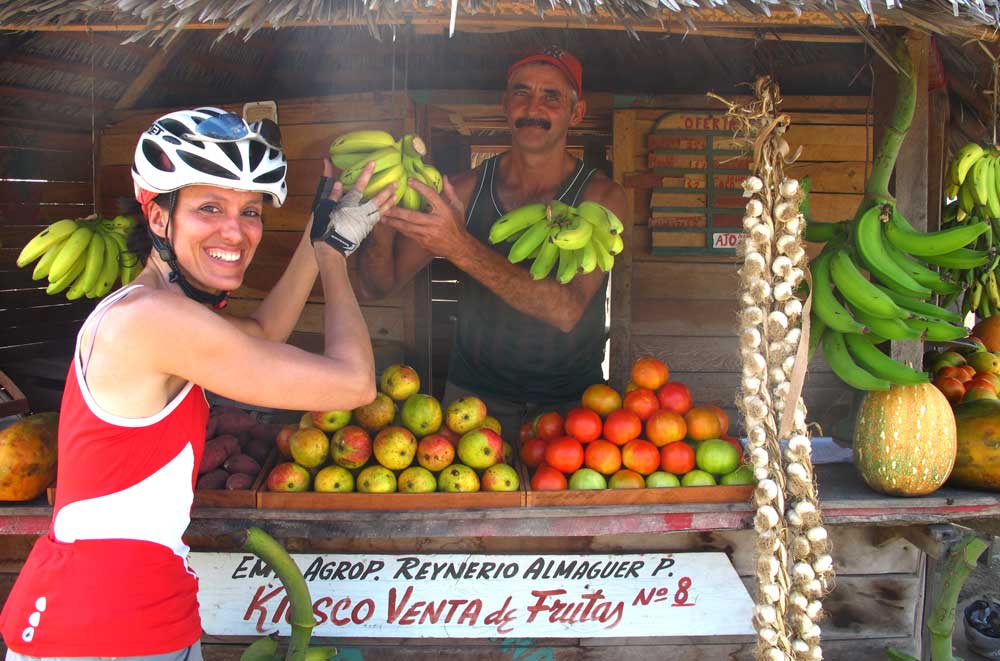 In 2008, Fidel Castro passed the reins of government to his brother, Raul, who opened up the economy for small entrepreneurs, which made all sorts of private business flourish: beauty parlors, hairdressing salons, clothing shops, cellphone services, private restaurants known as paladares and B&Bs in private Cuban homes, called casas particulares, where visitors have the chance to spend time conversing with a Cuban family in their own place. Later, I'll swing on the rocking chair on the porch of the casa I'm staying at after a domino match with the host family. I'll look up to the bright twinkling stars in one of the darkest moonless skies I've been under, and will finally feel my million "important" thoughts and concerns gliding down like drips of delicious Cuban honey down the sides of its jar...  There's no place like Cuba! 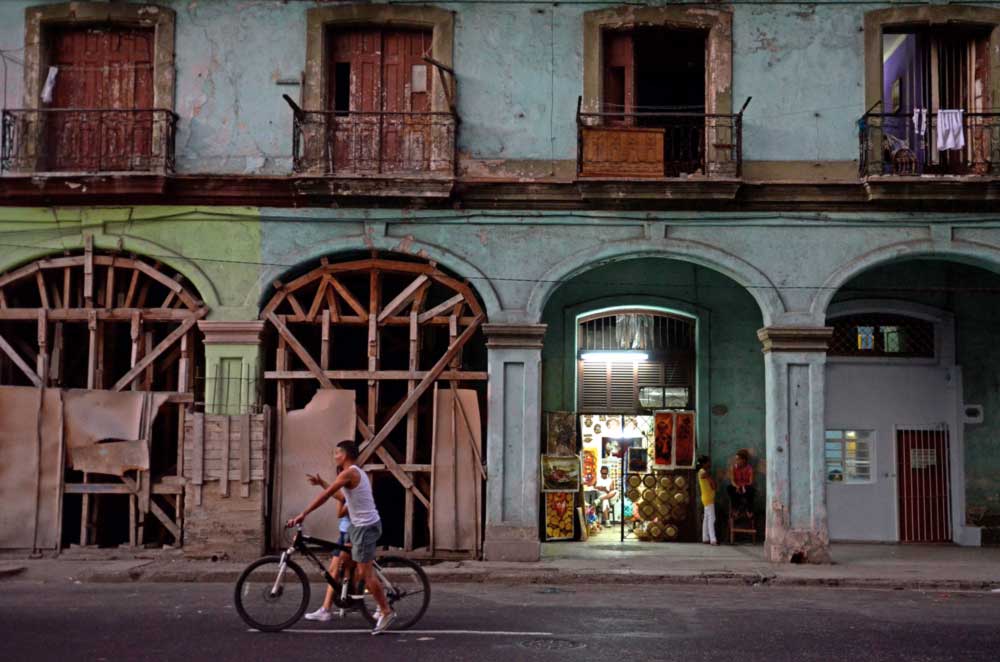