Ambling along the banks of the Douro River at sunset, you spy a neighborhood restaurant tucked away along a winding, cobblestoned street. You sit at a small tile-topped table, enjoy a sumptuous dinner of grilled seafood or pork and allow the soft lilt of Portuguese and clinking of glasses to drift around you. The best part, though, is yet to come. After the server clears your dishes, he serves you a delicate glass of port as a digestivo.

Perhaps Portugal’s best-known export, port feels as much a part of the landscape as the blue-tiled buildings of Lisbon, the beaches of the Algarve or the Douro itself. Port is new to many, and the label on your bottle might feel inscrutable at first, but fear not. This guide will walk you through the many different types of port and help you decide which is perfect for your palate! Wine has been produced in Portugal for thousands of years. The Latin name for the country, Lusitania, comes from Lusus, the son of Bacchus, the Roman god of wine.

While it might be Portugal’s best-known wine, port wine rose to prominence only recently in the country’s history. England, with a climate too cool to grow wine itself, became a major importer of Portuguese wine by the 17th century. In search of new styles of wine to bring to the English market, wine merchants discovered a winemaker who added strong brandy to his wine during fermentation, which killed off active yeast cells, preserved sugar and produced a sweet and highly alcoholic wine. The merchants brought this new wine back to England, and port wine became an overnight international sensation.

Many non-Portuguese know port wine as a ruby-red, sweet dessert wine best enjoyed after a rich meal. However, there are many more types of port. They range from white to red to golden, sweet to dry and crisp and light to rich and silky.

Ruby
The most commonly produced variety, ruby ports are generally inexpensive and are meant to be enjoyed straight from the bottle. (No decanting required!) These fruit-forward ports are slightly to moderately sweet and easy to find. If you’ve never had port before, a well-recommended ruby is a good place to start.

Tawny
Made from red grapes aged in wooden barrels instead of the steel containers used to make ruby ports, these wines oxidize while they ferment—a process that gives them a nutty flavor and a bold amber hue. While they can be sweet, these ports tend to be drier than their ruby counterparts. Both sweet and dry tawny ports make delicious dessert wines.

Rosé
This less-common, newer style of port has the same distinctive pale-pink and peach-colored tones of rosé wine. Like its non-fortified counterpart, this port is made from red grapes with the skins removed early in the fermentation process.

White
Made from white grapes instead of red, this variety is most commonly enjoyed in Portugal with a splash of tonic water and a twist of citrus. On their own, younger white ports impart a delicious sweetness to cocktails; older vintage whites should be enjoyed on their own.

Ruby Reserve
Think of this port as ruby’s older, classier sibling. It’s made from higher-quality red grapes and is barrel-aged for at least five years. In contrast to the bold, fruity notes of ruby port, ruby reserve ports possess more complex undertones of chocolate and spices.

Vintage
Most entry-level ports are made by blending wines produced from various years, or vintages. In contrast, vintage or single-vintage ports are produced from grapes harvested in a single year. Unlike winemakers who create a new vintage every year, port producers only select their best grapes for vintages, meaning just two or three are released each decade. Some vintage port is categorized as “single quinta” (sourced from a single quinta, or estate) or colheita (tawny ports aged in barrels for decades before bottling). Both are rare, delicious treats.

Garrafeira
The rarest designation of port, Garrafeira (from garrafa, Portuguese for “bottle”) is transferred to a glass demijohn after aging for years in a wooden barrel. This two-step process imparts a unique, complex flavor unlike any other port. Confusingly, many ports served at restaurants in Portugal are also labeled garrafeira, which signifies a reserve port. Distinguish these from the real deal by searching for “Niepoort” on the label; the Niepoort family is the only producer that still makes true Garrafeira.

Sinking into a comfortable chair after a delectable meal in a cozy Portuguese wine bar, you swirl a freshly decanted port in a small glass before taking your first sip. You savor the rich, slightly sweet wine, noting the flavors of berries and spice as they simmer across your palate. This is the classic port experience—but it’s just the beginning.

The best way to enter the marvelous world of port? Travel to Portugal to try it for yourself. Backroads offers luxurious hiking and biking trips to Portugal, of which port is an essential component. Our walking & hiking trips, ranging from traversing the country’s coast to exploring favorite sections of the Camino de Santiago, feature plenty of opportunities to try port wine for yourself. Experiment with a dry, tawny port at dinner, or do as the Portuguese do and try a porto tonico—white port, tonic water and a splash of citrus.

Looking for a deeper dive into the world of port? Backroads also offers an Active River Cruise Bike Tour down the Douro River, which takes you into the heartland of Portuguese wine. Explore the alluring city of Porto, visit wineries and connect with Portugal’s rich history through each of your five senses.

Want to learn more about Portugal, including its history, travel tips, highlights and insider info?

Thirsty for more than port wine? Check out our article on all of Portugal's delicious wines!

Or pair your wine with the perfect Portuguese meal after perusing our Food in Portugal article. 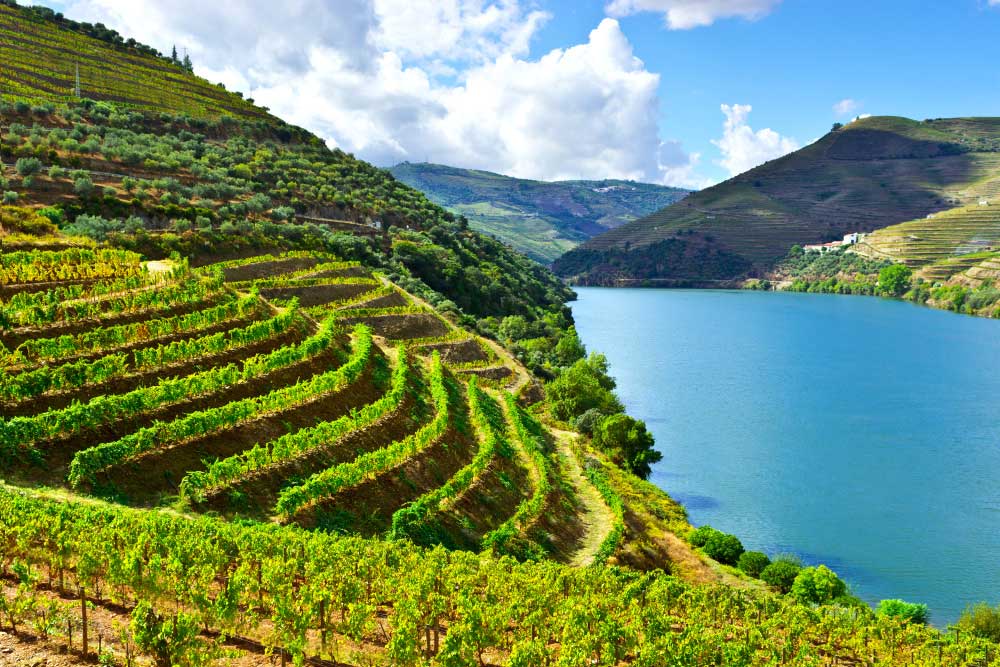