Portugal Wine - What to Know About Portugese Wine

Long overlooked by European trippers and wine lovers alike, the Portuguese wine scene has always punched above its weight. Roughly the size of Pennsylvania, this small country has world-class cities, sunny beaches, millennia of history and even (occasionally) snowcapped mountains. Intriguingly, it also possesses hundreds of different types of wine—few of which can be found outside Portugal.

The Portuguese quaff more wine per capita than any other people in the world, and the vast majority of the wine they drink is grown right at home. (Locals know they’ve got a true national treasure!) If you’re a wine lover in search of flavors not found anywhere else in the world, Portugal is the perfect pick. Portugal grows over 250 types of wine grapes, few of which are familiar to US travelers—and many of which, we’ll admit, are a bit hard to pronounce. Because the varietals differ so much from region to region, we’ve grouped the breadth of Portuguese wine into a few general categories.

Even if you’re not a sweet wine fanatic, we encourage you to try at least one port wine while you’re here. This fortified wine is what Portugal is best known for, and the country produces the world’s finest. (Read our full article on port wine here!) If you enjoy a stronger or sweeter drink, order your port wine straight up with dessert or coffee. Prefer something lighter? Do as the locals do, and order a porto tonico (port and tonic) as an aperitivo. You can find excellent port wine anywhere, but the country’s best hails from Porto and the Douro Valley.

Undoubtedly Portugal’s best-known white, Vinho Verde is an easy-to-drink, crisp and affordable wine that hails from the northern Minho region. Consider looking beyond the one Portuguese wine you can find back home, though; we recommend the light, mineral-forward Douro Branco from the Douro Valley and the fuller-bodied Branco Alentejo from the Alentejo region.

Red wine is Portugal’s powerhouse. Many of the country’s wine regions produce as much as 80 percent red wine. As the entire country has a fairly warm climate, look for a pleasant acidity in nearly all red Portuguese wines. The Alentejo region’s complex, fruity Tinto Alentejo and Alentejano varietals make for fine choices, while the Dão and Douro Valley regions are home to the intriguingly spice-forward Dão Alfrocheiro, Dão Jaen and Tinto Douro.

Sparkling wine is one of Portugal’s hidden gems. Just a stone’s throw from the Douro Valley, the tiny region of Távora-Varosa produces delicious sparkling wines akin to Cava or Prosecco. A few hours from both Lisbon and Porto, the region of Bairrada is a bit more of an adventure, but it’s well worth the effort; when you arrive, you’ll be treated to a zippy sparkling wine alongside the local delicacy of leitão (suckling pig).

For a relatively small country, Portugal contains remarkably diverse wine regions. Whether you’re sipping your wine overlooking a lush valley, an opulent castle, a foggy forest or a sun-soaked beach, your experience will still be authentically Portuguese.

Perhaps the best known of Portugal’s wine regions, the Douro Valley is an essential stop for any traveler passing through Porto. Overlooking the tranquil Douro River, wineries in this region produce full-bodied, opulent reds and peppy, acidic whites; they also produce red, white and even rosé port!

Just south of the Douro Valley but much less well known, the Dão region shouldn’t be overlooked. In this region, you’ll savor rich, delectable reds with notes of chocolate, berry and spice.

Stretching from Porto all the way to Portugal’s northern border, this region is best known for its quaffable Vinho Verde. While white blends of this varietal are easy drinking and affordable across the board, keep an eye out for the less-common single varietals and rosé (Rosado) Vinho Verde; the former features unique mineral flavors, while the latter contains notes of berry and pink lemonade.

The rolling golden hills of this inland region are reminiscent of California’s Napa and Sonoma Valleys—with the high-quality wines to match. One of the most prolific wine-producing regions in the country, this area is known for full-bodied reds, such as Tinto Alentejo, and rich, floral whites, such as Arinto and Fernão Pires.

The urban sprawl of Portugal’s capital has led winemakers to the north of Lisbon to carve out space wherever possible. The small wineries sprinkled among the city’s environs have incredibly diverse flavors and are produced in limited quantities. As such, Lisboa wine is among the most sought after in the country. You’ll experience the greatest variety in the shortest distance here, tasting everything from simple, refreshing Torres Vedras whites to tannin-heavy Alenquer reds.

Hugging Portugal’s sun-soaked southern coast, this region is better known for its beaches than its wines, but don’t let that reputation deter you. Pick up a bottle, head to the beach, and enjoy the best of both worlds. Watch for drought-friendly reds with darker notes, such as Aragones and Alicante Bouschet.

These unique destinations might require you to tack on a few extra days to your trip, but they’re well worth the effort. Closer to Africa than Iberia, the sun-dappled island of Madeira is best known for its eponymous dessert wine. This fortified wine is not for the faint of heart, but sipping a Madeira in Madeira is one of the world’s great drinking experiences. Halfway across the Atlantic Ocean, the lush archipelago of the Azores can feel more like Ireland than Portugal. However, this island chain is home to one of the world’s most unique wine regions. In Pico, a UNESCO World Heritage Site, winemakers grow grapes in terraces in the smoky, volcanic soil.

There isn’t really a wrong way to drink wine in Portugal. Whether you drive up to a hilltop winery overlooking the Atlantic, embark on a river cruise down the Douro or just purchase a bottle at the local market and bring it to the beach, you’ll enjoy an unforgettable experience. We recommend you pick a region or two, pop into a local restaurant and ask the locals for their favorites. Whether you’re looking for a winery to visit or just a good bottle, you’re sure to get stellar recommendations.

However, one Portuguese wine tradition is a must-do: dinner. Portuguese cuisine evolved around the country’s abundance of wine, and food here simply tastes best with a glass (or two). Whether you’re dining fine in Lisbon, enjoying fish and olives by the sea or cracking the crispy skin of leitão in the mountains, ask for a bottle of local wine with your meal. You won’t regret it!

Looking to pair your wine with the perfect Portuguese meal? Check out our Food in Portugal article!

Travel to Portugal with Backroads

Backroads offers numerous ways to experience the very best of Portugal on one of our award-winning active travel adventures. Explore this country in the best and most genuine way possible - away from the crowds, buses and tourist hot spots. We hope you'll join us! Check out our full list of Portugal adventures here.

Want to learn more about Portugal, including its history, travel tips, highlights and insider info? 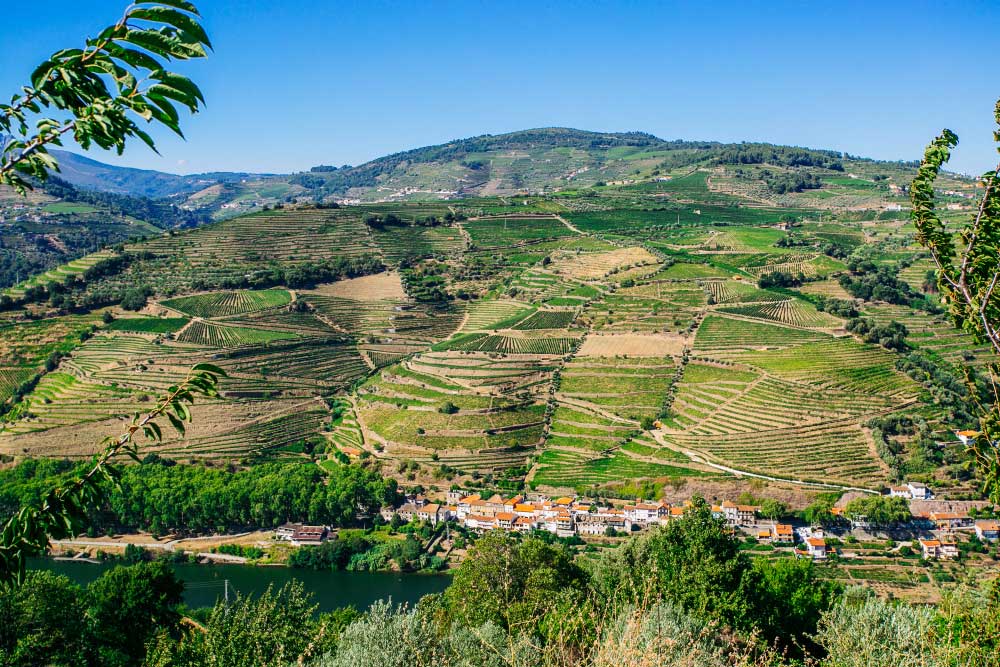