For wine connoisseurs, Italy, which boasts more than 350 indigenous grape varieties, is truly a place of dreams. The country is the largest global producer of wine, and it’s also home to some of the world’s oldest wine-producing regions. Wine grapes are grown in every region throughout the country, and varieties range from Sangiovese to Trebbiano.

Greeks introduced wine production to Italy. While the process likely began in Sicily around 800 BC, it wasn’t until the second century BC that wine-making truly began to flourish and large plantations spread throughout the country. As the cultivation of new vines became popularized in other parts of Europe, Italy quickly became an import hub for provincial wines.

In the 1960s, Italy finally introduced an official wine classification system, which helped differentiate wines by quality and point of origin. Today, the wines of Italy are treasured worldwide. Italy accounts for approximately 20 percent of global wine production. Primitivo
Commonly known as Zinfandel, this deep red wine is primarily grown in the Apulia region and is generally high in both alcohol and tannins, which often results in a slight bitterness.

Barolo
Made from the Nebbiolo grape, Barolos are commonly found in Piedmont and are one of the country’s most famous red varietals.

Pinot Grigio
Primarily grown in the Lombardy region and made from a mutation of Pinot Noir grapes, Pinot Grigios vary in taste, but they tend to be crisp, fruity and light.

Lambrusco
Lambruscos are fizzy red wines from the Emilia-Romagna region. They contain floral and fruity flavors.

Amarone
Made with dried grapes from the Veneto region, Amarone is a concentrated, dry red that’s popular for special occasions.

From the dry, hot climate in the south to the temperate, mountainous regions up north, Italy’s varied terrain makes it ideal for growing a diverse selection of grapes. Though slightly smaller than California, this beautiful country is home to 20 Italian wine regions spread across more than 300,000 kilometers (approximately 186,000 miles). A majority of the country’s wines are concentrated in four regions (Tuscany, Lombardy, Piedmont and Veneto), but regions like Abruzzo and Sicily are also important and shouldn’t be overlooked.

Tuscany
Arguably the most famous Italian wine region, Tuscany is most well known for its rolling hills, Renaissance architecture and vibrant red varietals. Sangiovese, Merlot, Cabernet Sauvignon and Cabernet Franc are all grown in this region, but some popular whites, such as Trebbiano and Vermentino, hail from this region as well. A subregion of Tuscany, the territory of Chianti is located between Florence and Siena and is most famous for producing Chianti wine, one of the most loved Italian varietals around the world.

Piedmont
This mountainous northwestern wine region is most recognized for its production of Moscato and Nebbiolo. A light white, Moscato is often used when creating sweet, sparkling varieties, while Nebbiolo is used in creating aromatic reds, such as Barolo and Barbaresco. Barbera grapes, which are known for producing heavy reds that are low in tannins, are also commonly grown in the Piedmont region.

Lombardy
Home to Milan, Lombardy is not only a destination for fashion and finance but a noteworthy wine-growing region as well. Nebbiolo is a commonly grown grape in this region, along with Pinot Noir and Chardonnay. Of the lesser-known grapes, Verdicchio and Pinot Blanc are also grown in this region, both of which yield a light body and peachy flavor.

Veneto
Stretching from the Dolomites to the Adriatic Sea, Veneto boasts a stunning natural landscape complemented by charming, historical cities, such as Venice and Verona. Located in the northeast, Veneto features coastal plains and a cooler climate, making it ideal for growing white varieties, such as Garganega (used in Soave wines) and Prosecco (also known as Glera).

Sicily
One of the oldest Italian wine regions, Sicily is a large island in the Mediterranean located just south of the mainland. Originally known for Muscat and Marsala, Sicily is now a large producer of Nero D’Avola, Syrah, Grillo and many other popular grape varieties. Marsala and other dessert wines are still popular here, though, because Sicily’s climate is ideal for growing grapes with a high sugar content.

Umbria, Marche and Abruzzo
Making up most of central southern Italy, these three wine regions are most prominently known for producing Trebbiano and Sangiovese. Abruzzo is the primary producer of Montepulciano, a red grape that produces a dark red wine that mildly resembles Cabernet Sauvignon. Marche is a popular region for growing Verdicchio, while Umbria is also known for its Grechetto and noble varieties, such as Merlot and Cabernet Sauvignon.

Puglia
A popular producer of Primitivo, Negroamaro and Chardonnay, Puglia is one of Italy’s most underrated wine regions. Both sunny and dry, the region is ideal for producing fruit-forward reds that are often available at affordable prices. Primitivo is popular among those who appreciate full-bodied wines, while Negroamaro is a grape variety known for its tannins and dark, berry flavors, making it ideal for complex red blends.

In Italy, wine is more than a drink; it’s a cultural experience. Though virtually every restaurant (even those with tiny wine lists) will likely have some quality wines, consider tasting at an enoteca, or Italian wine bar. While small bites often complement your drink, the main course at an enoteca is truly the wine. Rome and Florence are the top two stops for enotecas, but there are also a handful of quality locations in Italy’s other famous wine regions, such as Piedmont, Puglia and Lombardy.

Understanding Italy’s classification system, such as the difference between a DOCG and DOC wine, can be useful in decoding wine labels, and it’s particularly important for those who want to immerse themselves in Italian wine culture. Whether you’re at a fancy restaurant, a corner café, an enoteca or a simple town piazza with some bread and cheese, you’re sure to encounter endless opportunities to sip delicious local wines wherever you go in Italy.

Want to find the perfect wine and food pairing? Check out our Food in Italy article!

Travel to Italy with Backroads

Backroads offers numerous ways to experience the very best of Italy on one of our award-winning active travel adventures. Explore this country in the best and most genuine way possible - away from the crowds, buses and tourist hot spots. We hope you'll join us! Check out our full list of Italy adventures here.

Want to learn more about Italy, including its history, travel tips, highlights and insider info? 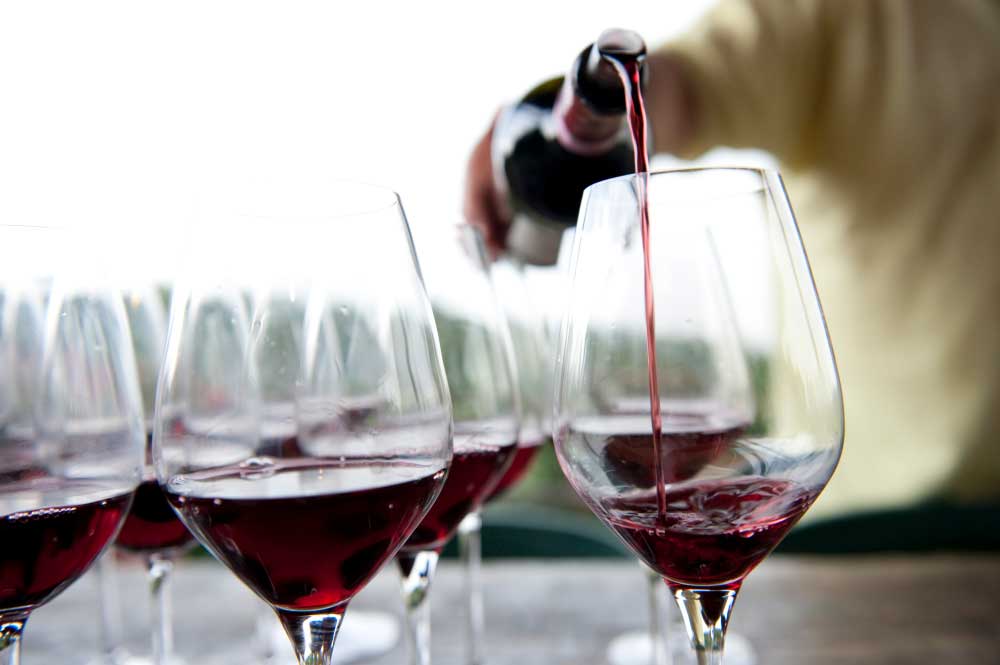