An ancient religious pilgrimage route has become one of the most remarkable active journeys in the modern world. This is the Camino de Santiago, or The Way of St. James. 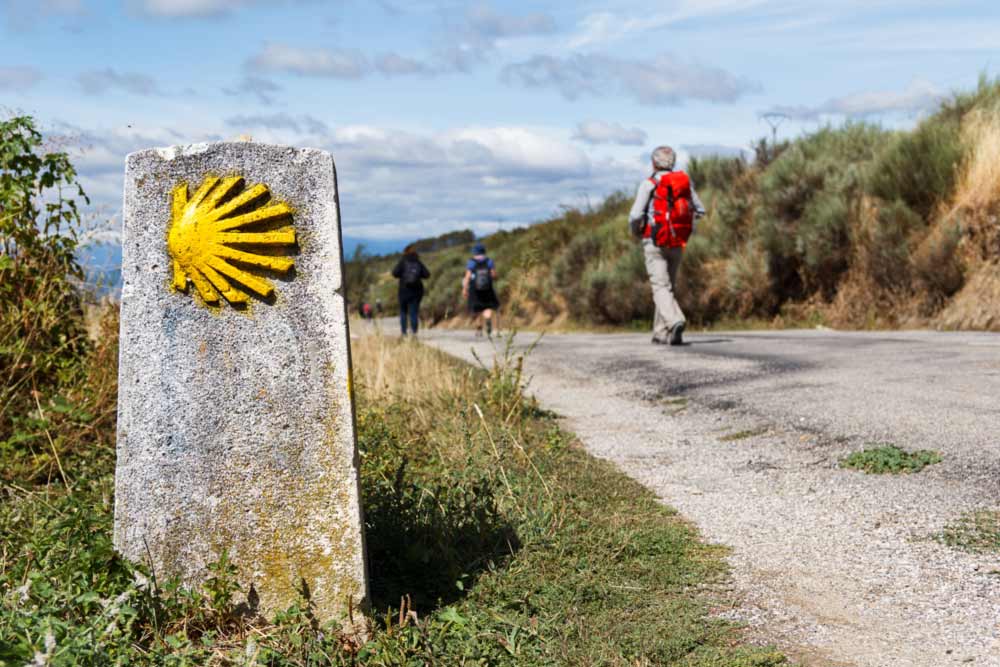 I was introduced to the the Camino de Santiago from a friend who hails from Santiago de Compostela, a city in northwestern Spain that serves as the capitol of Galicia and the endpoint of a famous long-distance trek. My friend mentioned the Camino casually, as though it was so well-known it didn't warrant an explanation. When I asked her what it was, she momentarily stared at me in disbelief and then launched into a passionate monologue describing the history and traditions of a medieval Christian pilgrimage route some 500 miles long ending at a shrine containing the remains of a first-century saint in the cathedral in Santiago de Compostela. I listened intently to the fascinating details. The legend, the bones, the pilgrims, the path... the whole thing totally intrigued me. But it wasn't until I set my own feet on the Camino that I began to understand the magnitude of what she was talking about. 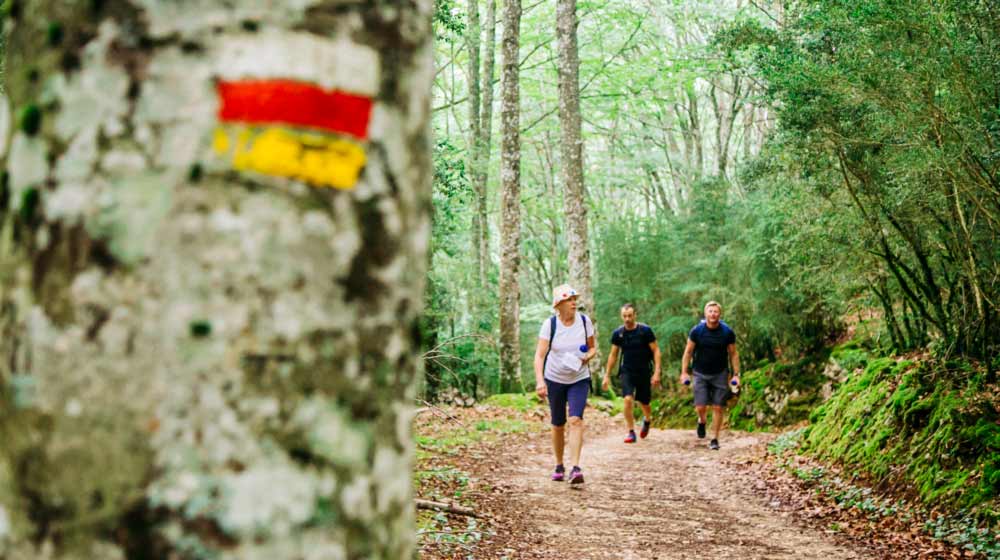 To truly understand the significance of the Camino, you have to travel at least a part of it yourself. I did and what I discovered is that at the heart of this storied path of quaint villages, picturesque landscapes and historical relics lies a deep spiritual journey - one that began with Roman-era Christians but now includes people from many different walks of life. Most of the walk is relatively flat and not overly strenuous, so it's accessible to just about anyone with a desire to experience its magic.  Religious pilgrims, history buffs, backpackers and adventure seekers all share the same trail - with each other and with the pilgrims of the past. 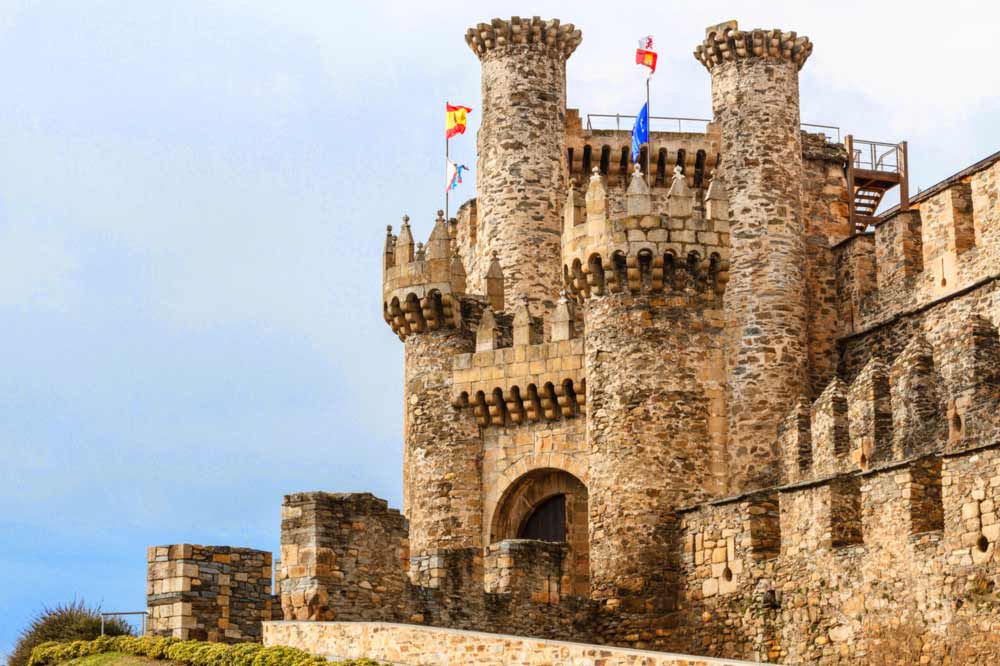 Along the way you can find caves teeming with stalactites, lush farmland and thousand-year old stone bridges. Among the more famous landmarks,(a Castle of the Knights Templar), will impress anybody familiar with The Da Vinci Code and the Cathedral of Santiago de Compostela itself is a magnificent edifice dating back to the 2nd century and the last stop at the end of the journey. 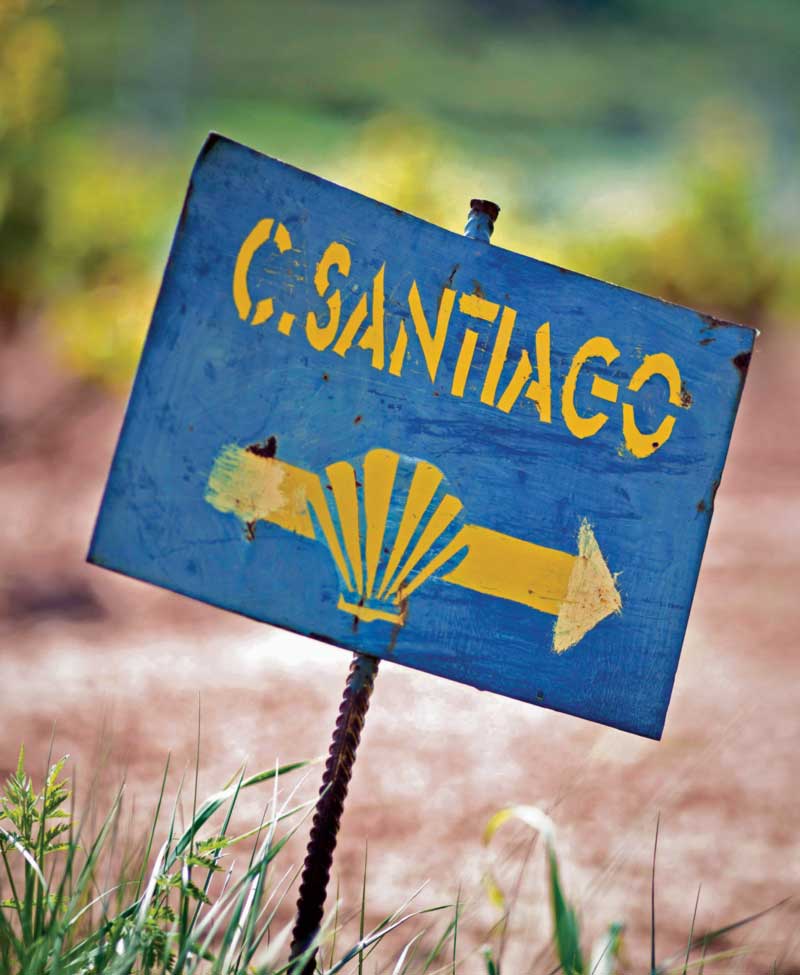 The Camino de Santiago has been a pilgrimage route for more than a millennium. The original pilgrimage dates back to the beginning of the 9th century, when the tomb of St. James - known as Santiago in Spanish - was discovered in Spain. Soon after unearthing the tomb, the Camino de Santiago - which means The Way of St. James in English - became defined by a network of existing Roman routes along the Iberian Peninsula; these were used by the faithful on their journey to pay homage at the saint's resting place. Over the ensuing years, flocks of people making the trek prompted the construction of hospitals, churches, monasteries, abbeys and even towns along the route. During the 14th century, however, the pilgrimage began to decay. Wars, natural disasters and the Black Plague nearly wiped out the Camino entirely. 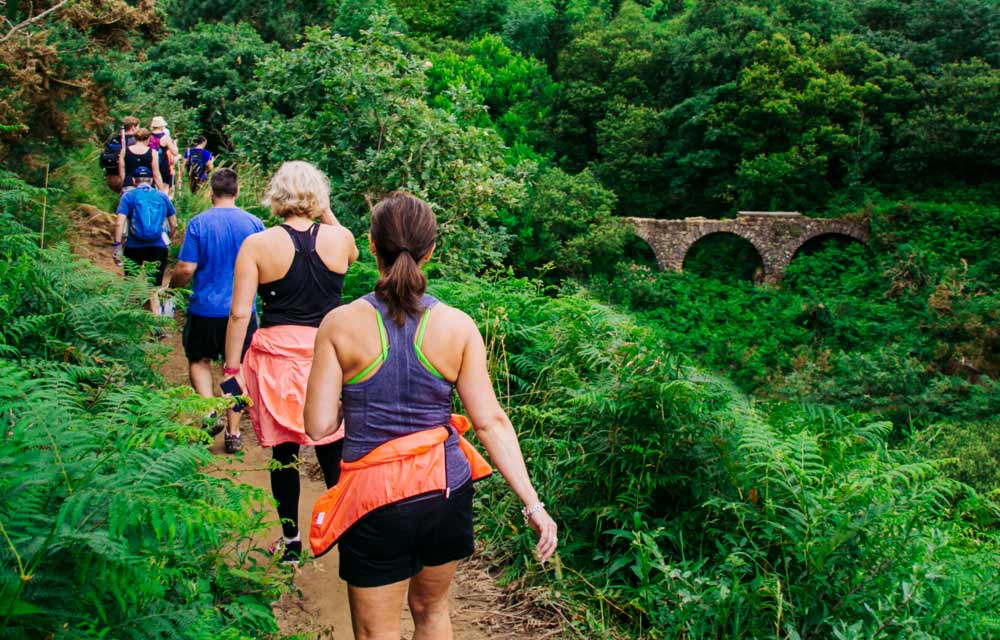 Slowly, towards the end of the 19th century, the Camino de Santiago began to see a resurgence - but it was not until the last quarter of the 20th century that the authentic pilgrimage had been truly rediscovered. As the official website for the Camino states: "There is no doubt that the social, tourist, cultural or sport components have had a great importance in the Jacobean revitalization but we cannot forget that the route has gained its prestige thanks to its spiritual value." Today, there are many ways to take part in the Camino de Santiago and be a part of living history. You can start in Portugual and walk north toward Compostela de Santiago, begin in France and walk southwest or take one of several other routes that lead towards the final destination of St. James' tomb. Many people choose to walk alone or in groups with friends and relatives, but there are also those who prefer to join guided walks. A Taste of Camino de Santiago, a 6-day Walking & Hiking Tour with Backroads, is a great way to experience the essence of the pilgrimage without having to walk the full 500 miles - all while enjoying the comforts and authentic immersion that a Backroads trip provides. Whichever way you choose, find your path. I'm glad I found mine. 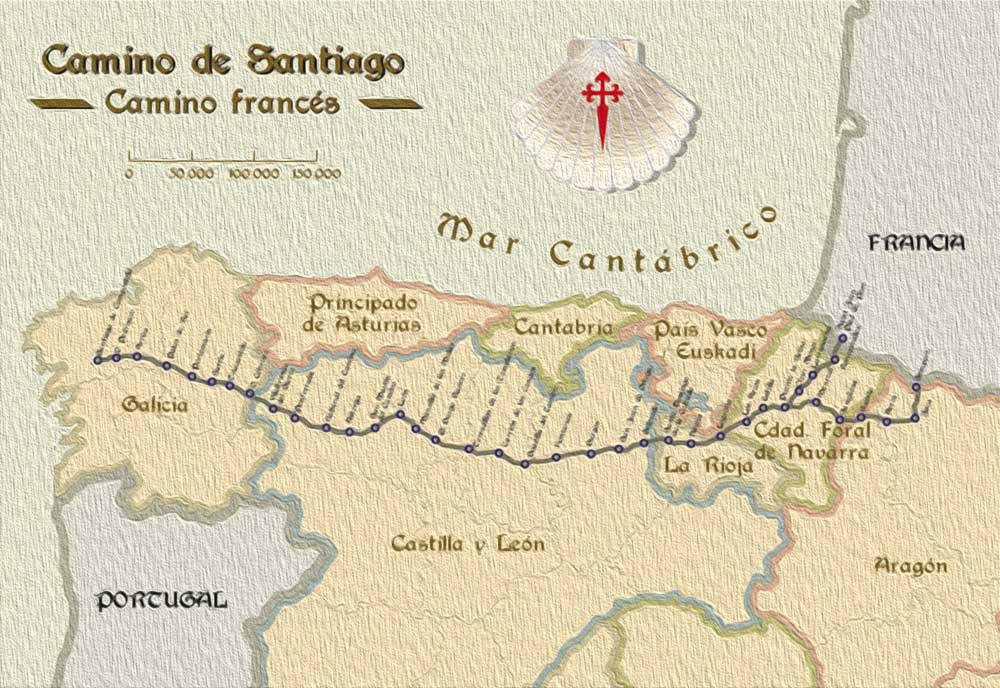 Good morning my name is Andrea and I am the creator and coordinator of the Via Postumia project, do you know it? my volunteer work is to spread the philosophy of the journey in Europe and beyond, by making known the major routes and helping people to find useful information to start the just travel, maybe our site will give you some ideas for a new experience. Good walk on
Via Postumia and other historical routes
There is no information in the book about the hotels and airfare. Would like to know what city we would fly into and how we would get to the starting point of the walk. Myself and a friend are planning to do this next September 2020
Hi Andrea, Great to hear from you! Any friend of the legendary Camino de Santiago is a friend of Backroads! We'll definitely take a look at your website. Our <a href="https://www.backroads.com/award-winning-tours/camino-de-santiago" rel="noopener noreferrer" target="_blank">Camino de Santiago trips</a> are unique because they are designed with handpicked sections of 3 of the popular routes: the Caminho Português, Camino Francés and Camino Finisterre which allows our guests to experience the essence and highlights of the Camino and surrounding landscape in comfort, with the region's best hotels, gourmet meals and excellent route support each day. Buen Camino!
Hi Marlene, We're so glad that you plan to hike the Camino! If you plan to travel with Backroads, <a href="http://www.backroads.com/trips/WSTI/portugal-spain-walking-trip" rel="noopener noreferrer" target="_blank">our trip</a> starts in Porto, Portugal. We stay at Carmo’s Boutique Hotel (Ponte de Lima), Parador de Baiona (Baiona) and Hotel a Qunita da Aqua (Santiago de Compostela). If you're traveling on your own, there are many places to start from, depending on how far you'd like to walk. Check out <a href="https://americanpilgrims.org/" target="_blank" rel="noopener noreferrer nofollow">this resource</a> as a starting point for your research.
[…] Download Image More @ www.backroads.com […]
Top