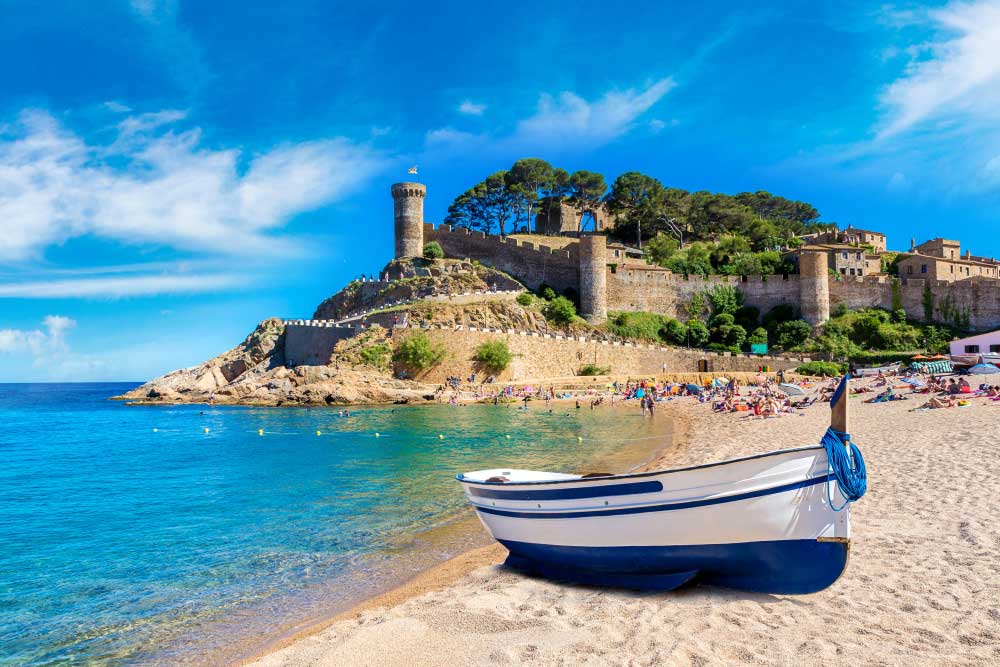 In the 20th century, the Costa Brava had three major industries: cork production, tourism and smuggling.

This stretch of coast in Catalonia runs from Blanes in the south to the French border at Port-Bou. The region became famous among tourists in the 1950s for its dramatic coves and cliffs, picturesque fishing villages and warm turquoise water. But before this slice of the Mediterranean was a playground for visitors from Northern Europe, it was the territory of smugglers who would bring illegal cigarettes, coffee, chocolate, clothes and more into Spain. Today’s sun-kissed adventurers might seem like a far cry from the night-sailing smugglers of decades past, but they have more in common than you might think. 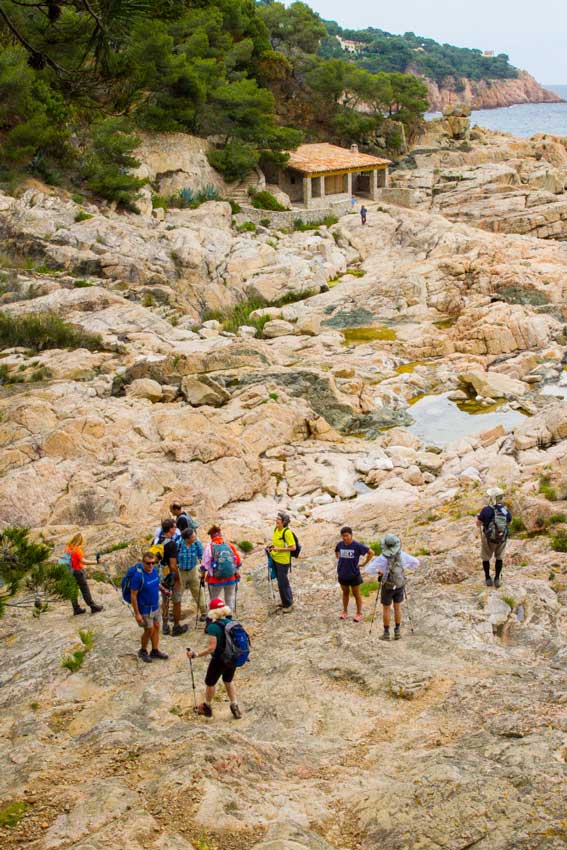 One thread connecting the Costa Brava’s past and present is the Camí de Ronda, a footpath that hugs the coast for 120 miles from Blanes to Portbou, swooping from high bluffs of sandy pine forest to rocky beaches and punctuated with ancient ruins, colorful fishermen's shacks and luxe Mediterranean villages. Today it’s popular among active tourists and locals, but its initial purpose wasn’t recreation. Its name literally means “the path of rounds,” referring to the nightly rounds of the local Guardia Civil as they battled the persistent smugglers who arrived in hidden coves under the cover of darkness.

The smugglers and fishermen and Guardia Civil needed a trail, rather than a road, thanks to the harsh geography of this picturesque stretch of shoreline. Costa Brava means, literally, rough or fierce coast, referring to the region’s rugged topography of dramatic cliffs, rocky beaches and narrow coves, which prevented sprawling developments (common in other parts of Spain’s coast) from taking root. 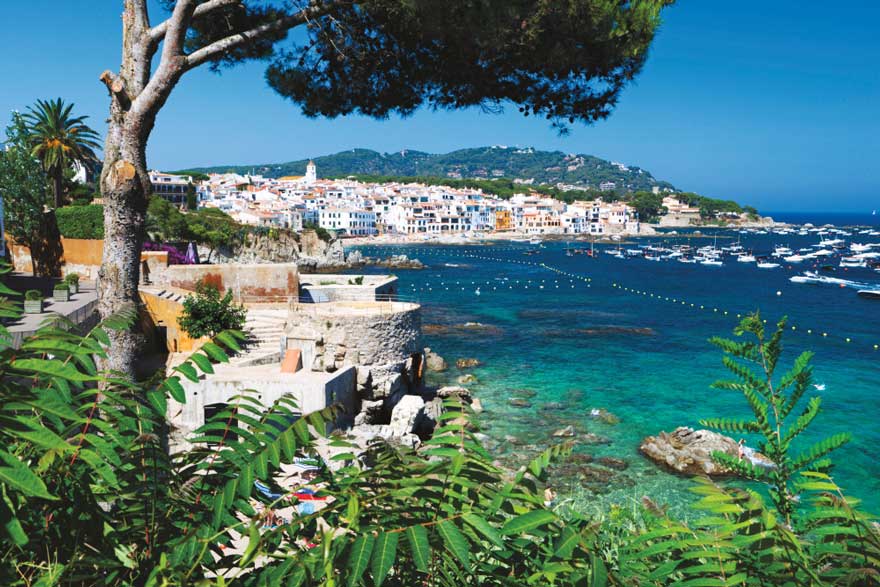 These features, plus the relative proximity of France, drew smugglers. At night, when the shoreline was dark, international ships would pull up silently alongside one cala (cove) or another. Reducing their speed without docking, the ship would allow small fishing vessels to pull up alongside them and load up with their illicit goods before returning to a quiet cove and packing their haul out on foot to a waiting truck. Many of the wares were bound for France or elsewhere in Europe, but many more would stay in Spain.

The smugglers of Costa Brava were even involved in a famous scandal in 1935 that helped precipitate the Spanish Civil War. It involved a rigged roulette machine known as “Straperlo,” which allowed the dealer to manipulate the outcome of the game using hidden electric controls. Originally Dutch, the machine made its Spanish debut on Mallorca, an island in the Mediterranean. Locals quickly caught on to the trick and the machine was banned, but the machine’s inventors didn’t want to lose out—so they bribed Republican politicians, who allowed its use throughout the nation in public casinos. 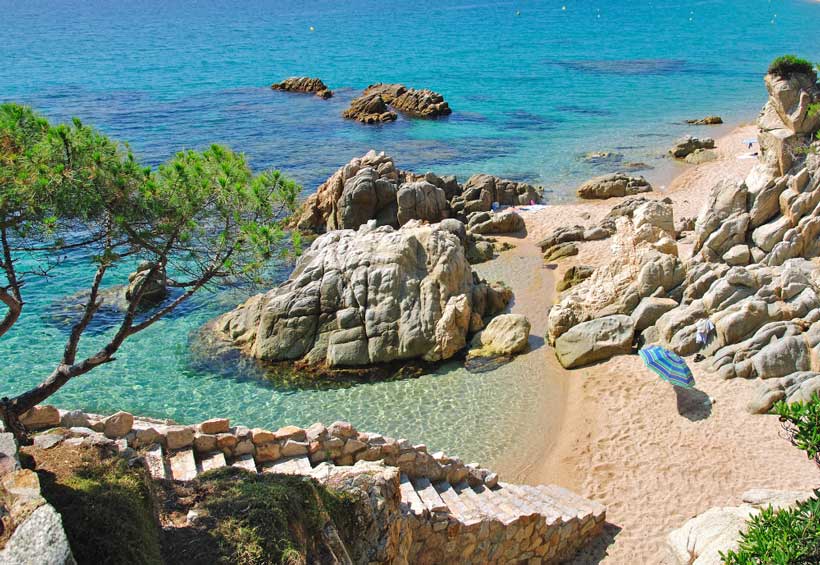 Allegedly, some of those machines were imported from Mallorca via the calas of the Costa Brava. When the bribery was discovered, the ensuing scandal contributed to the downfall of Spain’s then-Prime Minister, Alejandro Lerroux, and the government of his Radical Republican Party—paving the way for a military coup in 1936. The incident lives on in Spanish memory and today, straperlo is a catch-all term for black market activities.

The heyday of smuggling on the Costa Brava was from 1940 to 1958, when Spain was excluded from international markets and many domestic products were rationed, prohibitively expensive or simply not available. Smugglers carried luxury goods, including American and English cigarettes, chocolate, silk and jewelry into the country, as well as basic foodstuffs and other products. Smugglers made fortunes until, eventually, the Spanish economy improved and the coves of the Costa Brava fell into disuse. Even the Camí de Ronda was overgrown and partially forgotten. Later, with the development of the area for tourism, the path was rebuilt and connected, and the patter of beachgoers’ flip flops replaced the pounding of Guardia Civil boots and the stealthy footsteps of smugglers. 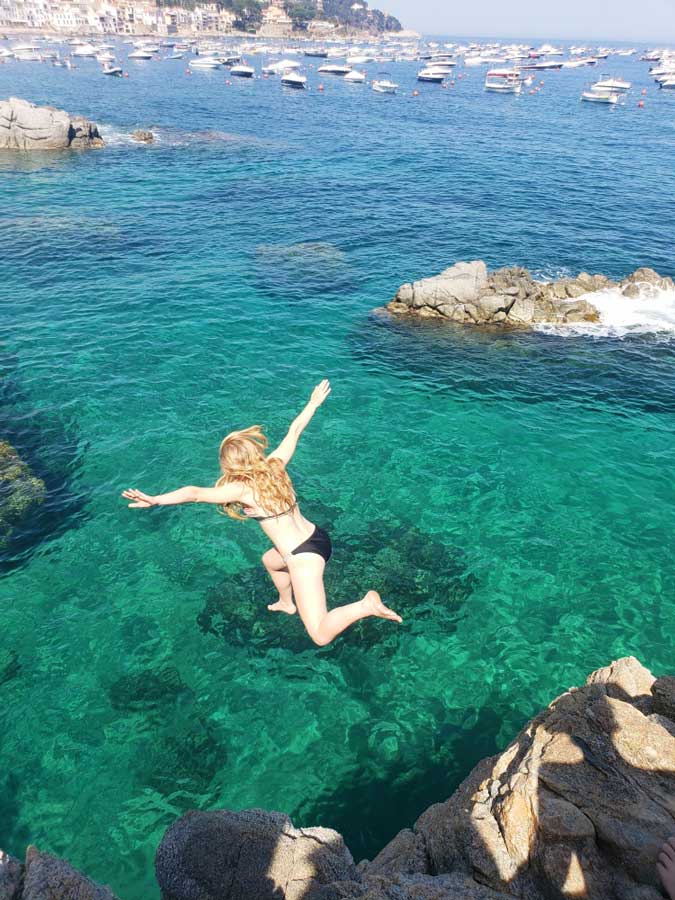 The calas once favored by Costa Brava’s smugglers are some of the most beautiful and popular coves on the coast today. Mostly between the coast of Begur and Palamos, these consisted of Port d’Esclanyà cove, the villa of Sa Perica in Tamariu, the Cala del Tabac, the Cala del Cau, the Cala dels Frares and the Golfet beach—places that were easy to enter by sea but difficult to access by land.

The beauty of the Costa Brava, still, lies in its relative lack of development. Even on crowded summer days, if you’re willing to strap your beach chair to your back and hike a few miles along the Camí de Ronda, you’ll find yourself at a secluded Mediterranean beach that looks mostly unchanged from the days of straperlo. The rugged topography that once protected smugglers from the Guardia Civil today guards the coast from developers—and gives it its unique appeal as a place where you can taste the “untouched” Mediterranean. There’s no better place to take a trip into the fascinating history of Catalonia’s coast—and maybe play a game of cops and robbers?