The Palace of Sintra: Portugal’s History in Brick and Mortar

Just a short journey from Lisbon, the charming town of Sintra stands in stark contrast to the hustle and bustle of modern city life. For centuries, royals escaped the capital and the summer heat by heading to the wooded seaside enclave of Sintra, and their legacy is still visible throughout the town. In fact, Sintra is home to no fewer than five palaces and a castle. The architecture tells the history of the Iberian Peninsula and a visit to the Palace of Sintra—the best-preserved medieval royal residence in all of Portugal—can offer a remarkable glimpse back in time. 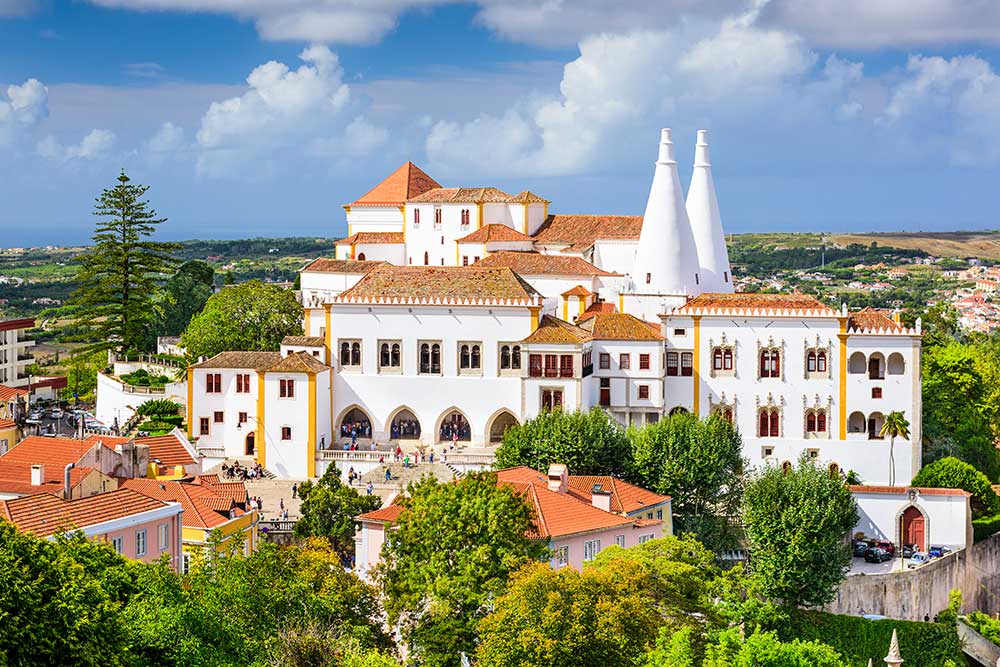 The Palace of Sintra’s long history began more than a thousand years ago. In the 8th century, the Umayyad dynasty conquered Hispania and the Moorish Al- Andalus era began. As early as the 10th century, a Moorish residential palace was established in present-day Sintra. Although nothing built during Moorish rule survives today, the architectural influence can be seen throughout the Palace of Sintra. The intimate organization of the interior courtyards, the outdoor spaces in which one can hear running water, the windows with surmounted arches, and walls covered in glazed tiles with rich geometrical patterns, are all features of the Moorish legacy.

In 1147, the original Moorish Palace fell into the possession of the Portuguese Crown after Afonso Henriques, the first King of Portugal, conquered the city of Lisbon. It would be nearly a hundred years before the palace was subjected to major alterations. In 1281, changes began during the reign of King Dinis I. The Royal Chapel is the earliest surviving part of the palace and is from this period of renovations.

In the late 14th century, Portugal was finding itself increasingly on the winning side of the Reconquista of the Iberian Peninsula. Portugal even conquered strategic areas in North Africa and gained control of central trade routes. The newfound wealth from these victories financed a large-scale building project for the Palace of Sintra under the orders of King John I. Much of what we see today can be traced back to this time, including, for example, the colossal chimneys, considered by many to be the most eye-catching part of the palace. The chimney towers can be seen from miles away and kept the kitchen smoke-free during the preparation of massive banquets. 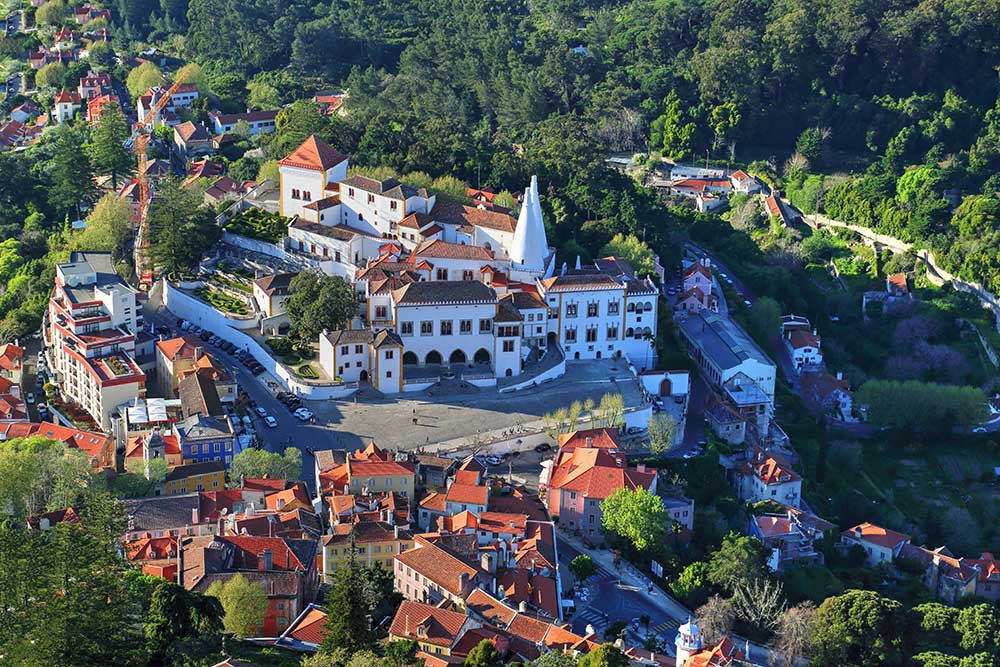 The rooms that surround the central courtyard are also from this period. These include the Sala dos Árabes (Arab Room), adorned with elaborate motifs and azulejos (typically blue ceramic tileworks); the Sala dos Cisnes (Swans Room), with a brilliant ceiling painting of swans, and the Sala das Pegas (Magpies Room), painted with 136 magpies that each hold a rose and a scroll with the words Por bem (For the good).

There are two different stories concerning the origin of the Sala das Pegas. One version claims the room was decorated with magpies because the king thought the women at the court chattered like the vocal birds. The other story claims the king was interrupted while trying to give one of the ladies-in-waiting a rose behind the back of his wife. A magpie snatched the rose from the king, who excused himself with the words, “Por bem” and commissioned a painting of a magpie for every lady-in-waiting. 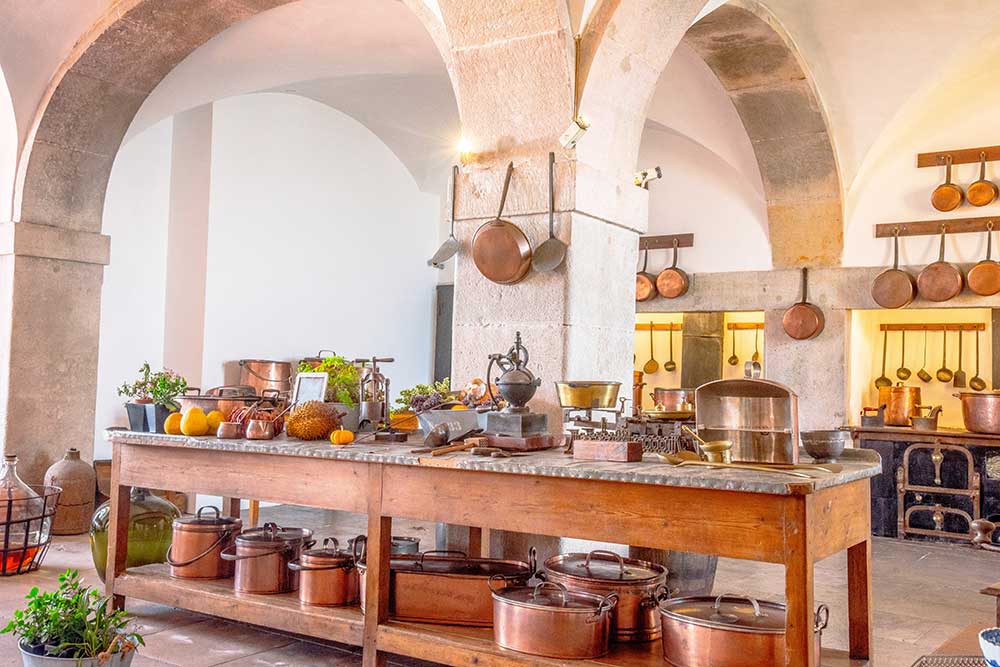 After almost another hundred years, King Manuel I left his mark on the palace. Financed by spoils of exploratory expeditions during the Age of Discovery, King Manuel I added Manueline, a transition between Gothic and Renaissance art styles also known as Portuguese late- Gothic, and Mudéjar, an Islamic revival style, elements to the palace. One example from this period is the lavishly decorated Sala dos Brasões (Coats of Arms Room). The room has a hexagonal roof with paintings of deer and the coats of arms of 72 noble families.

In 1755 the palace suffered some damage as a result of the devastating Lisbon earthquake, but was quickly restored. The Palace of Sintra remained in use by the royal family until 1880 and in 1910, with the foundation of the republic, the palace became a national monument. Following major restoration work in the 1940s, the palace has remained an important historical tourist attraction and, along with the town of Sintra itself, has been recognized by UNESCO as a World Heritage site thanks to its great contribution to the cultural and historical landscape of the area. 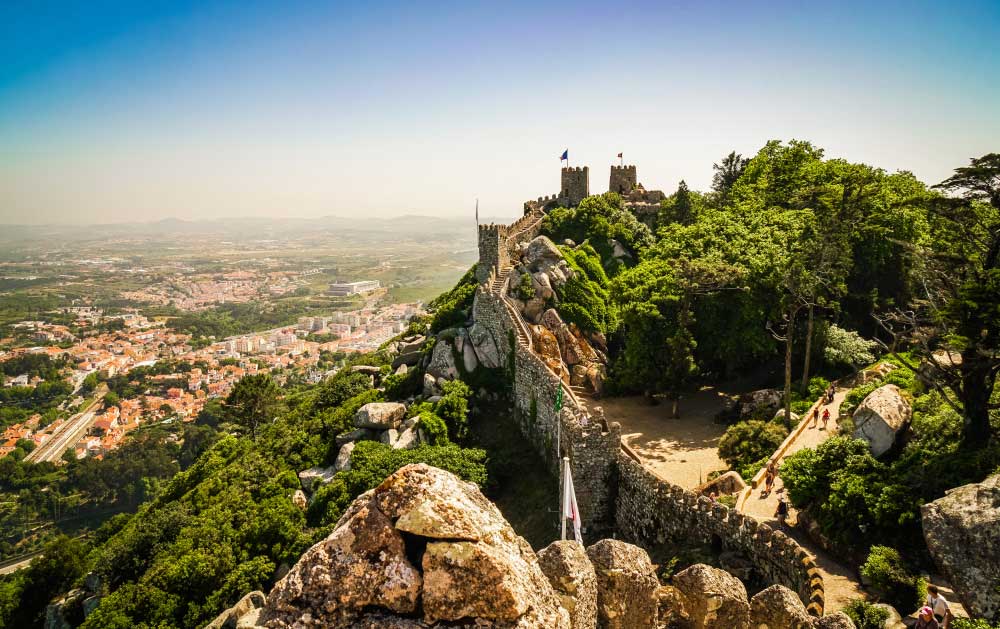