Mention the Italian Lakes, and Milan's elite or George Clooney lounging at an exclusive Lake Como villa come to mind.  But are you aware that there is an even larger body of water east of the more famous lakes that is equally adored by millions of visitors per year? Lake Garda, or "Benaco," as it is sometimes called, is the summer holiday retreat for millions of Europeans, and as a resident of one of the lake's towns, I can tell you that you're probably missing out! 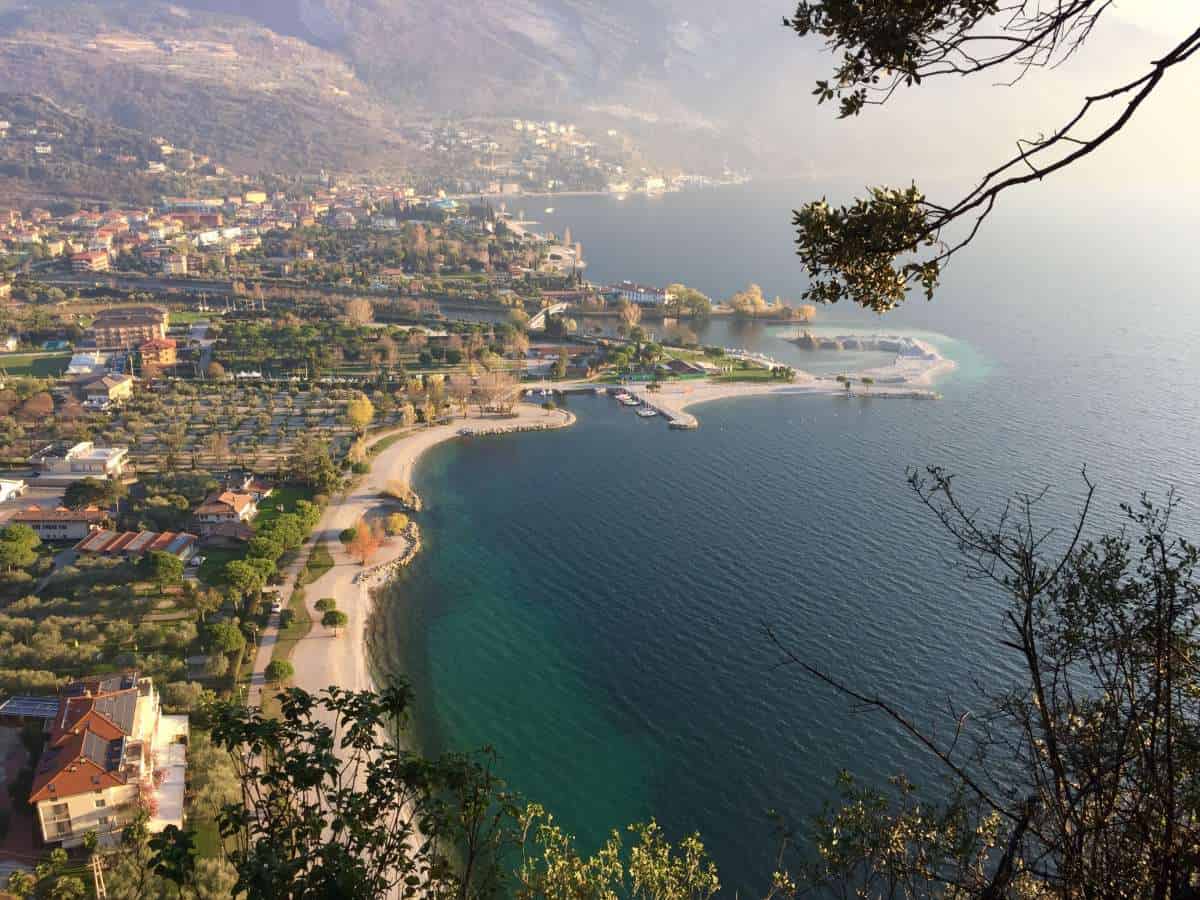 Put together everything you love about Italy: a warm climate, the rugged coastline, mountains, food, history, wine and rich cultural traditions. Lake Garda, at 31 miles long and touching three Italian provinces, manages to offer it all. Like a giant fjord, protected by the Alps and opening to the great Po Valley in the south, this lake is a paradise that the ancient Romans, Italians, Germans and other Northern Europeans discovered long ago. 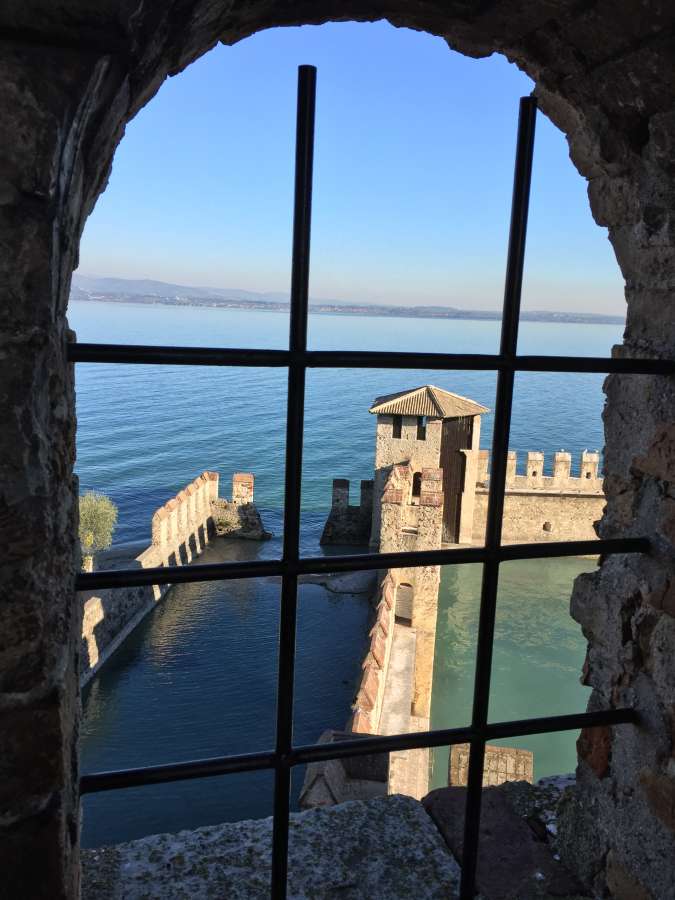 Riva del Garda, where I live, lies at the northernmost tip of the lake and is a microcosm of all good things "Garda." Only 100 years ago, Riva was not actually a part of Italy but, like the rest of Trentino-Alto Adige, a part of the Austro-Hungarian Empire. (The local cuisine, with such delights as spinach dumplings, is a testament to that.) The walled medieval town center unfolds right onto the port, and while tall peaks form an impressive western border, the climate is distinctly Mediterranean-- palm trees, oleanders, roses and magnolias fill gardens and line avenues. If you ride the bike path north out of Riva along the Sarca river that feeds Lake Garda, a fertile plain opens before you, a remnant of the glacial activity that created this lake. You'll pass the trees producing the northernmost olive oil in the world as well as vineyards growing the nosiola white grape, which is made into a refreshing wine--one of several varietals exclusive to the region. Outdoor recreation is a way of life in the Upper Garda. Both Riva and neighboring Torbole are mountain biking, sailing and windsurfing meccas. Arco, in the valley, is a mountain-climbing capital, while kitesurfers dominate the waters in nearby Malcesine. On an average day, you'll see families riding their mountain bikes through the town's cobblestone streets on their way to the beach. Though teeming with Roman ruins and fortifications, the modern infrastructure somehow makes it all just feel like a giant playground. 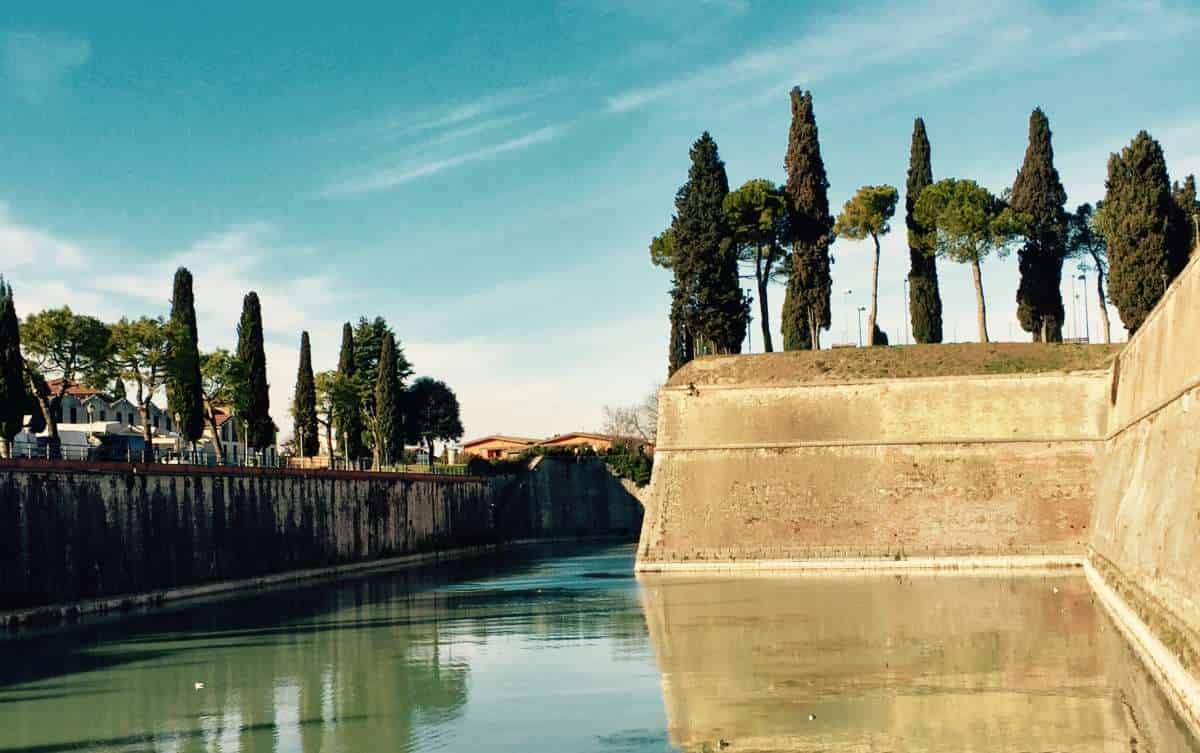 One of the reasons Garda is unknown to so many might be because it's divided among three political regions. Driving from Riva along the western--or Lombardian--side of the lake, you come to charming little "Limone," so named on account of nearly 800 years of continuous lemon production. Beyond it, jagged cliffs give way to rolling hills. There lakefront towns, such as posh Salò, boast elegant shops, boardwalks and villas. Mussolini was captured in one of those villas--I honestly can't say I blame him for choosing the shores of Garda as the last place to spend his days! The jewel of the lake is arguably Sirmione, positioned at the tip of a narrow, northern-pointing peninsula at the bottom of the lake. Visitors flock there to enjoy its thermal baths, intact fortress and the crumbly ruins of a massive lakefront Roman villa. If you have the opportunity, you should too! 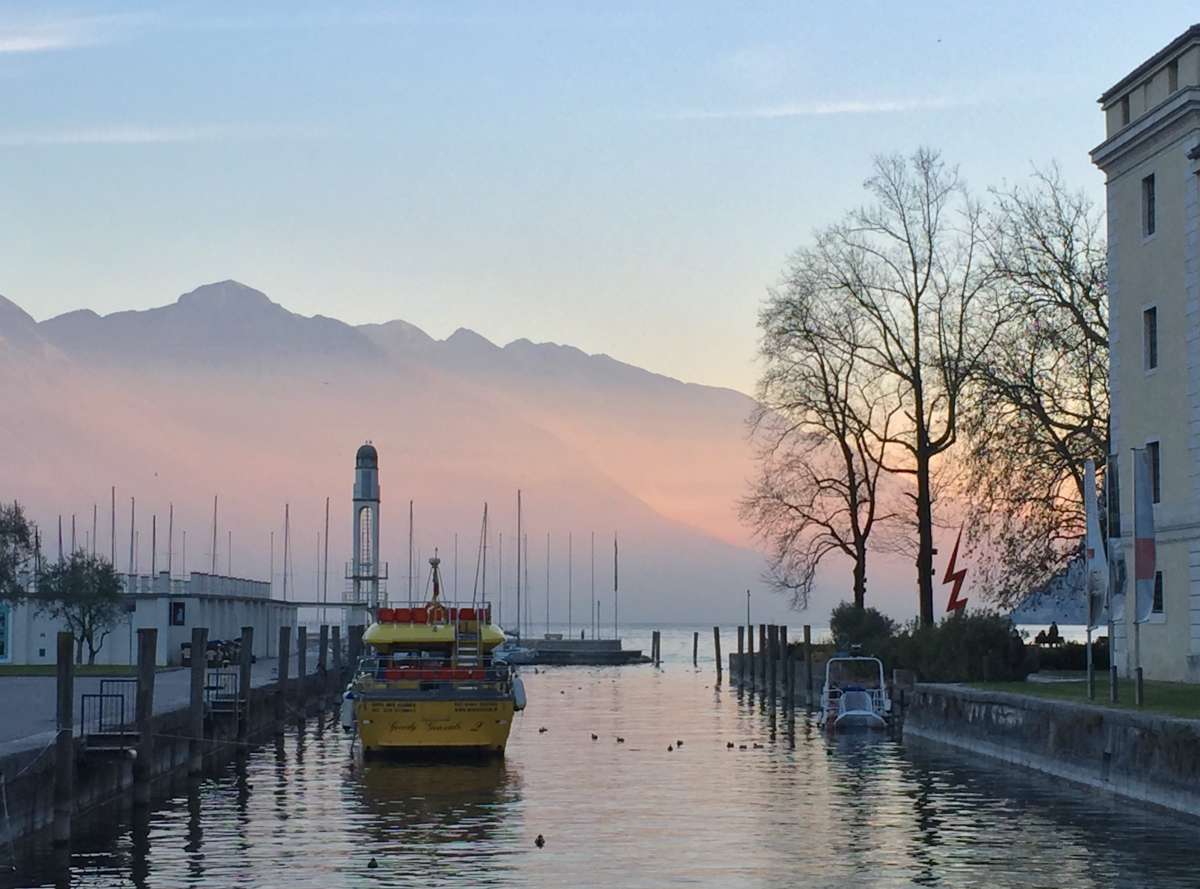 Along the Venetian or eastern side of Lake Garda one can paddle through the maze of canals of fortified Peschiera, or escape the summer heat with a glass of rosé in a winery above beautiful Bardolino, a town that shares its name with its characteristic light red wine. Our Parma to Verona bike tour will take you there! Many visitors come specifically to experience the breathtaking views atop Monte Baldo, a mountain range flanking the Venetian shore that offers a network of trails and rifugi (huts). If you plan to visit Garda, I recommend taking advantage of the various local tourist information points. There are still secret hotspots and hidden local favorites to discover, so be adventurous and strike up a conversation with the locals. Development is bittersweet. Garda is certain to become more well-known and popular as the regions pool more of their resources. Those of us who like to ride are already excited about the prospect of them extending and joining the lakefront bike paths to create a complete loop. We just hope that once they do, there will still be room left for us residents to pedal along it, too!

Sounds interesting what are the details and price point
We have been to Riva deal Garda four times in the past 6 years. It is one of our Favorite places anywhere for cycling. Most people here will be mountain bikers, but the road riding is outstanding. You can rent an apartment in the old medieval town for about 400 Euros/week. Bikes can be rented for about 20 Euros/day, and less per day the longer you rent. You could also investigate staying in one of the"Bike Hotels" which offer a full service program for cyclists, including room, board, bike and guided tours. Prices vary depending on how elaborate the hotel is. Food prices in the area are average. Dinner can be had for 20 Euros. Grocery store prices are in line with US prices. If you are a cyclist ( road or mountain ) you should not pass up the chance to visit Riva del Garda.
Ciao! I have now lived in Riva del Garda for 10 years and can only say wow here you have paradise on Earth. And yes Bike renting, walking relaxing anything :) just wanted to say there is a new legend on the lake have a look at the homepage www.bthemonster.com where they talk a show the Lovable monster of Lake Garda. And never forget to enjoy your holiday anywhere you are in the World.
Top