Iceland is frequently referred to as "the land of fire and ice." It is an otherworldly landscape and one of the few places on the planet where volcanoes and glaciers coexist. There are roughly 130 active and inactive volcanoes in Iceland, which have formed and shaped the igneous landmass for the past 16 million years or so. In stark contrast to fiery volcanoes, the formation and movement of glaciers has also worked to transform the island's topography. Frozen, glistening, blue-white glaciers sitting atop towering volcanoes in this magnificent landscape--it's like no other place on earth! 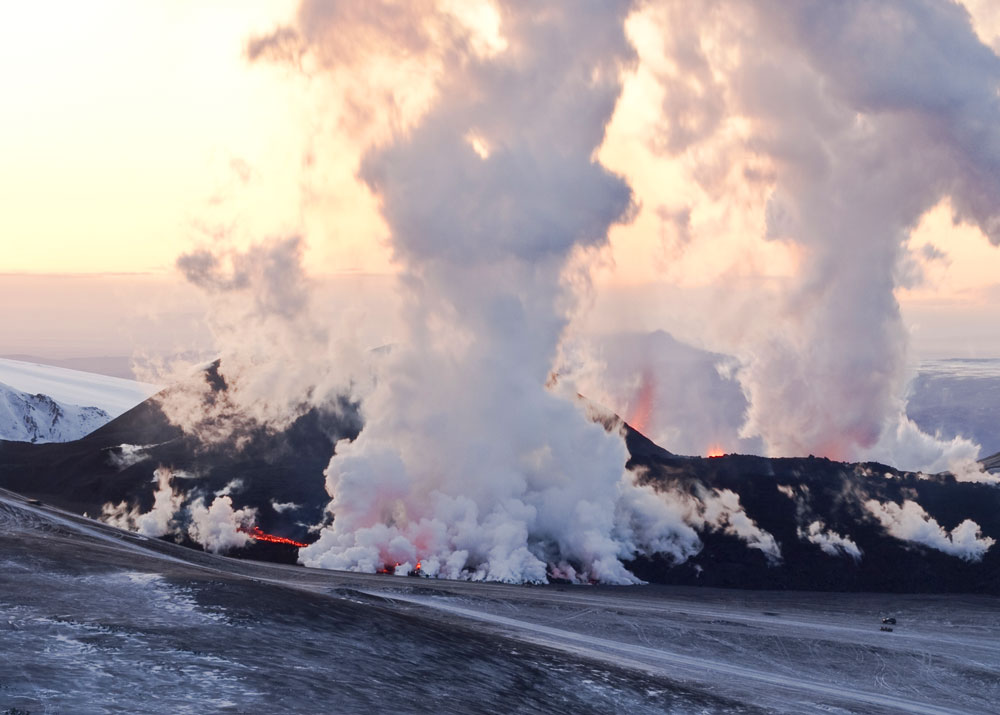 While volcanic activity and glaciers get the most credit for creating and shaping the landscape, I think that Iceland should be known as the land of fire, ice and WATER! Although most of the water here is in the form of ice, there are numerous rivers and lakes throughout the country. Fresh water covers about 6% of the total land area and much of it comes from glacial melt. 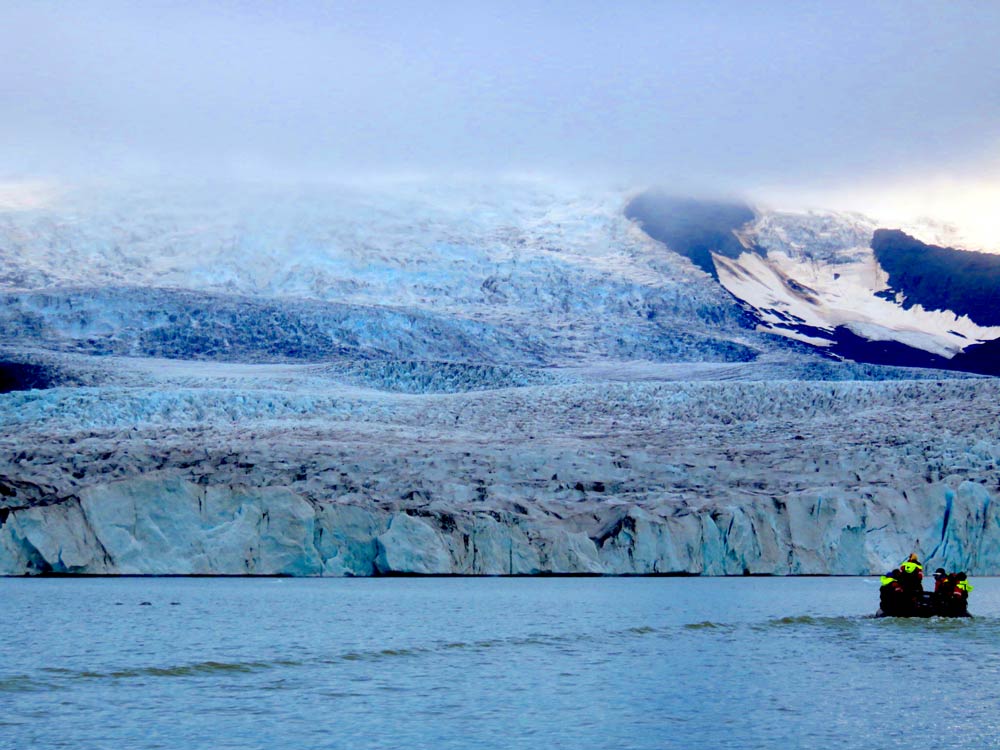 At the terminus of many glaciers there are glacial lagoons or lakes, which are formed when a glacier erodes the rocks. This creates a depression in the land, which is then filled by melt from the glaciers as they begin receding. On the Backroads Iceland Multi-Adventure Tour, guests have the opportunity to ride zodiac boats in a glacial lagoon, getting up close to the impressive terminus of the glaciers as well as beautiful pieces of ice that have broken off from the glacier. Eventually this glacial ice melt makes its way out to the ocean via braided rivers traveling through glacial flood plains. Water is also an important source of energy for the country. Surface waters provide hydroelectric power, while water heated by magma below the earth's crust provides important geothermal energy for the country. Iceland generates almost 100% of its electricity with renewable energy: 75% generated by hydropower and 25% geothermally. 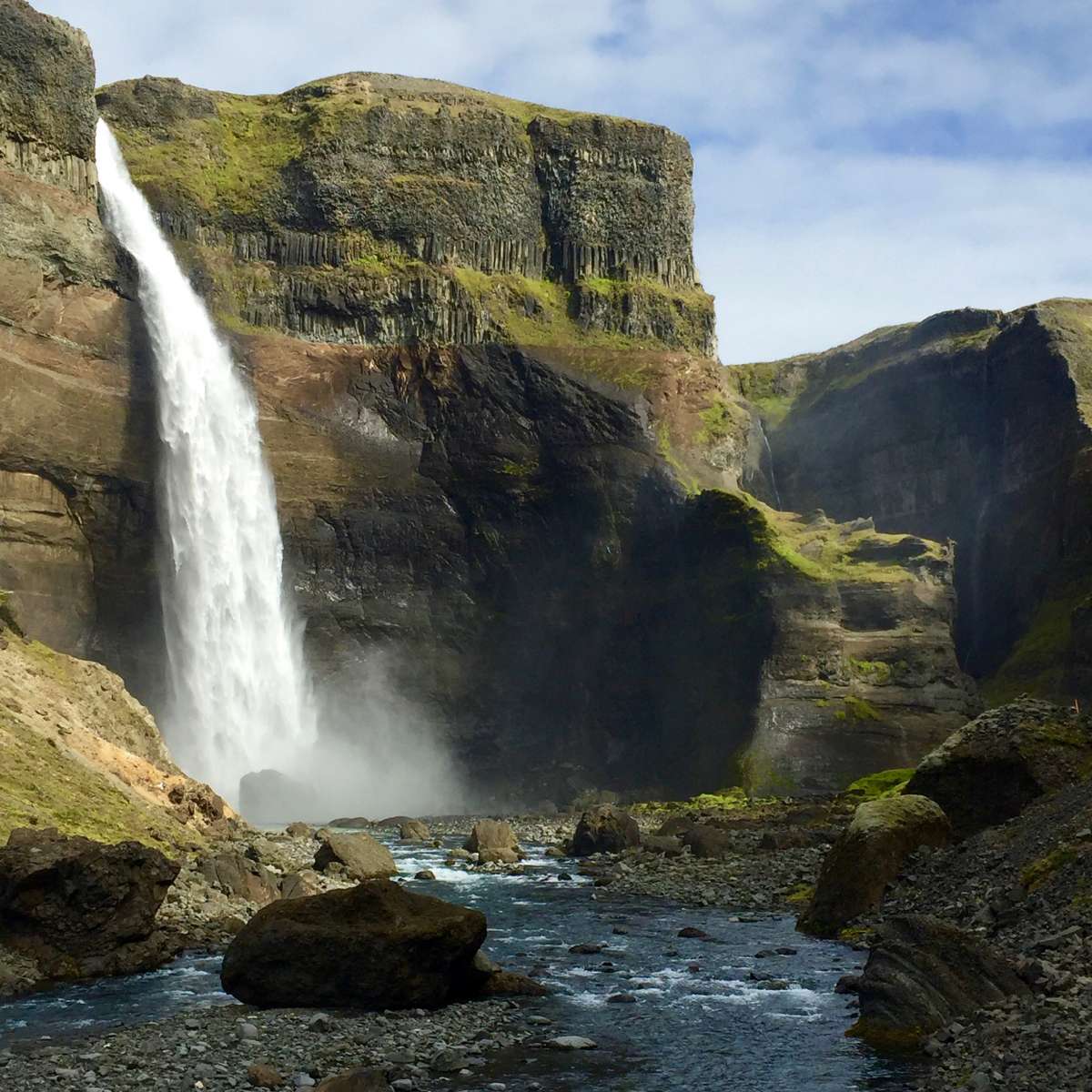 One of Iceland's most impressive features is its magnificently cascading waterfalls, many of which are just outside the capital city of Reykjavik or along Ring Road, which circles the island. A few iconic spots include Glymur Falls, Gullfoss and Seljalandsfoss (foss is the Icelandic word for waterfall). There are also beautiful little waterfalls within the city limits, which locals use as a gathering spots. Locals are also fanatics about the "hot pots," or hot springs. Many natural hot springs have been turned into community swimming pool facilities--most notably the famous Blue Lagoon Geothermal Spa--but there are hundreds of hot springs in their natural state strewn around the country as well. This is where friends socialize, families gather and people connect. Icelanders use these spots as places to discuss politics, economics and community gossip. This may very well be where the business of the nation really gets done! 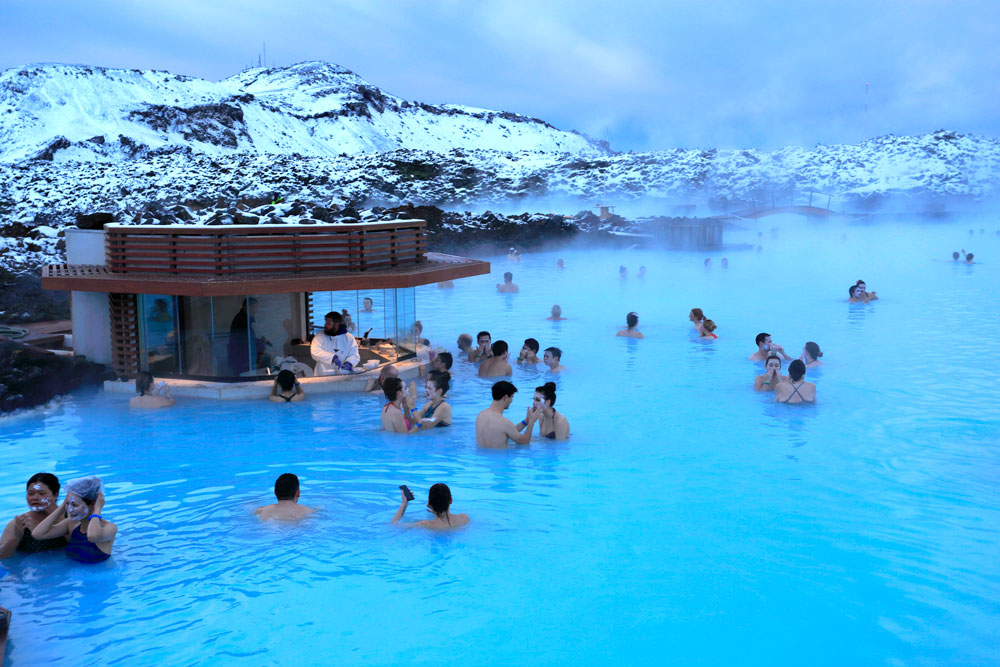 In addition to these terrestrial water features, the island country is completely surrounded by saltwater. At the juncture of the Atlantic and Artic Oceans, the country boasts 4,970 kilometers of coastline. These waters are rich with marine life, sea-faring Viking and fisherman lore, and a complex cod fishing history that has shaped Icelandic society for centuries. With a venture to the coast and a look out across the "Big Blue," it's hard not to gain a certain understanding and respect for the profound relationship that Icelanders have with water. It's part of their geologic history as well as their cultural identity. Water has been just as important as volcanoes and glaciers in shaping both the landscape and the character of the people who make this spectacular country their home.

Take a Look at Our Various Iceland Adventures - Walking, Multi-Adventure, and even Ocean Cruise Hiking! 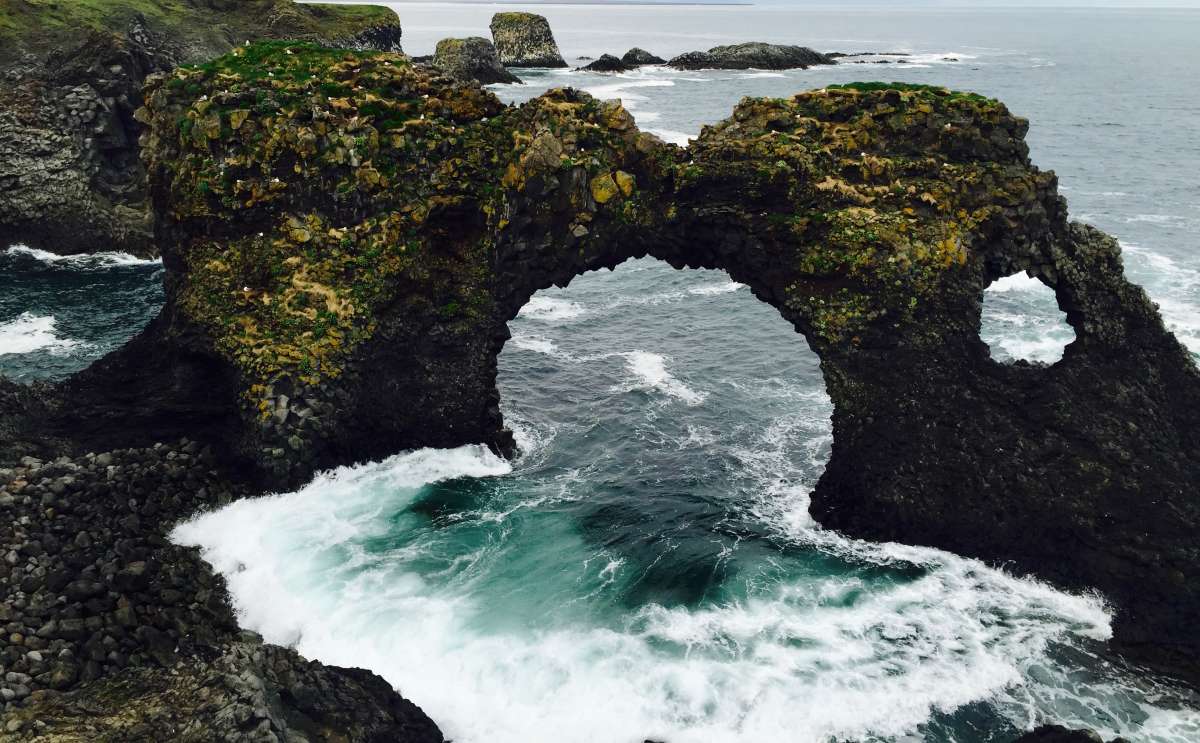 Beautiful and eye catching images. Great Information. I really feel so good after reading this informative and interesting blog. Thanks for sharing it.
Hi Denis ~ Glad you enjoyed the article!
Top