As you travel through Ireland, one given is that even the tiniest of towns will boast at least one Irish pub—and more likely, they’ll each have a few. A pub in Ireland is many things, but first of all it’s a meeting place. It is considered the heart of Irish culture. Here is where generations mingle, tongues are loosened, stories told, pints poured, songs sung, and juicy gossip served.

Every pub prides itself on having a distinctive flavor determined by the publican (bar keeper) and local clients. Be sure to ask where the best Guinness and Smithwicks (call it Smit-icks!) are poured and where the loveliest songs are shared. 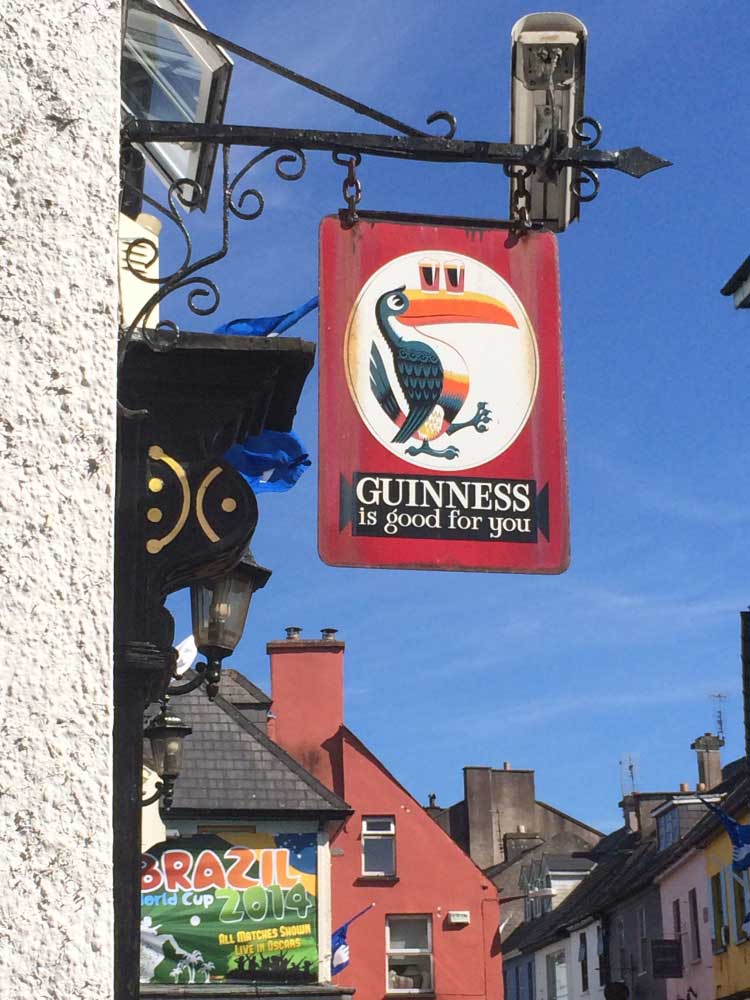 Speaking of Guinness, many Irish liken this iconic beer to a lover, stating they have a date with a “tall blonde in a black dress.” This stout porter, first brewed by Arthur Guinness in 1759, was originally concocted in Dublin with the most basic ingredients. It’s the roasting of the barley that gives Guinness its unique look and taste. What many don’t know, however, is that the Guinness Book of World Records began as a guide to settling pub bets. In 1951 the managing director of the Guinness Brewery enjoyed a heated debate over a few pints as to which was the world’s fastest bird. From this trivial game, the book was born, and over 94 million copies have been sold since it was first released in 1955.

Another traditional belly-warmer is Irish Coffee, supposedly created at Shannon airport in the 1940s when most transatlantic flights would stop over for a refuel. Passengers coming into the chilly Irish weather wanted something to warm the bones, and savvy bartender Joe Sheridan cleverly whipped up hot coffee, sugar, whiskey, and thick cream to please the masses. 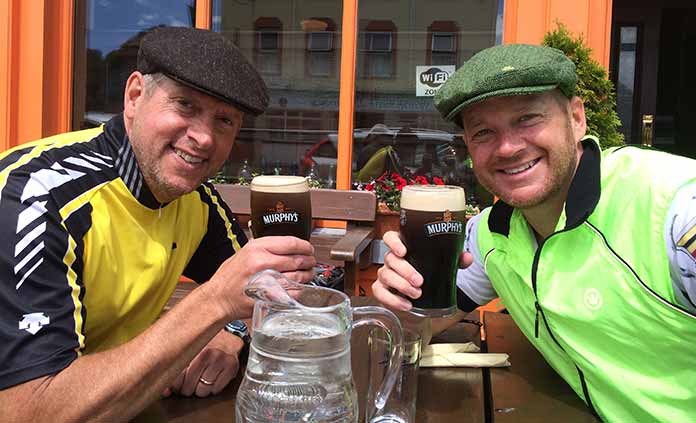 Once you have your drink in hand, it’s time to strike up a conversation—not usually a difficult task with friendly locals. It was Queen Elizabeth I who coined the term blarney to describe the endless, round-a-bout chatter that ultimately leads to nothing. Evidently the Queen visited Lord Blarney in County Cork on official business. But the lord, being a typically smooth-tongued Irishman, continued to gab away, leaving the no-nonsense Queen at wits end. Upon describing the event later, she dubbed the lord’s incessant blabber as blarney in exasperation. Today, if you kiss the stone at Blarney Castle you are said to gain the gift of gab!

The love of language, whether spoken or written, runs deep in Ireland, and many a great novel, story and song was born over a few pints in a dimly lit Irish pub. A nation the size of Indiana, it has managed to produce four Nobel Prize winning authors: George Bernard Shaw, William Butler Yeats, Samuel Beckett and Seamus Heaney—as well as the much-lauded James Joyce. 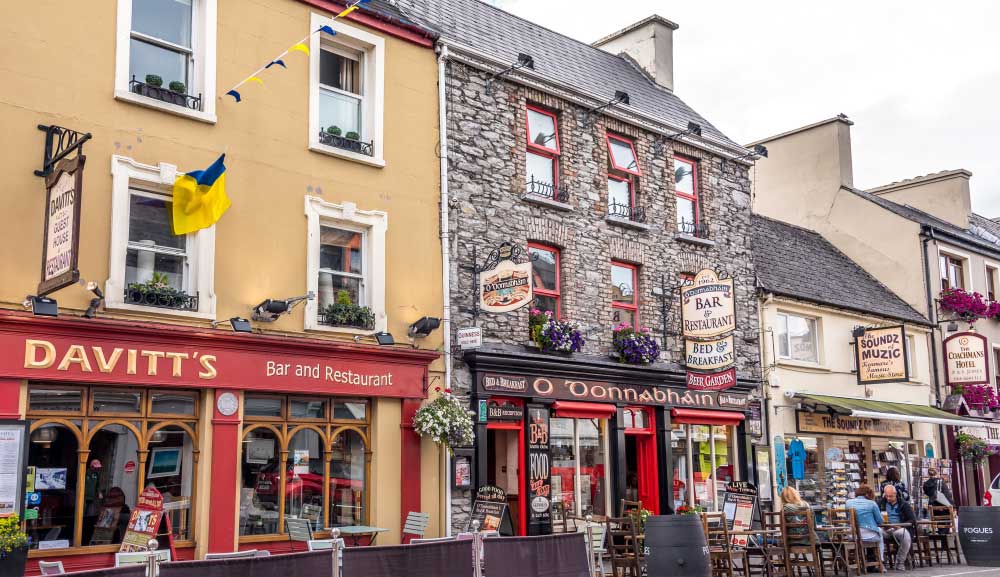 There is a rich tradition of storytelling in Ireland, and one can even make a career of this ancient profession called Seanachie (Shawn-a-key). The art of storytelling was so revered by the Celts that it is rumored to have started the “bard” tradition in England. The sharing of songs, too, is a vibrant Irish pastime. While North American youths wouldn’t be caught dead crooning with their parents, the passing of songs from generation to generation is alive and well in Ireland. Any attempt at singing is applauded, and you’re always encouraged to test your pipes in at the pub.

5 Ways to Enjoy a Hiking Trip (even if it's your first time)
5 Ways to Enjoy a Hiking Trip Hiking offers different benefits to different people. Some enjoy the solitude; others enjoy disconnecting from technology or reconnecting with loved ones on the trail. Whatever your reasons might be for lacing up your boots, here are some tips on how to enjoy a hike (…
The 10 Best Bike Routes in Europe
At Backroads, we’ve been biking around Europe for over three decades. Here are what we think are the best cycling destinations on the continent. 1. Provence Location: France Great for: Winos, Climbing Enthusiasts The southern French region of…
What To Bring on a Bike Ride
Ever wonder what Backroads guests and Trip Leaders carry—or wear—on a bike ride? Read on for a behind-the-scenes look at how one leader, Jeremy Loewenstein, gears up for a day on the road and his tips for what to bring on a bike tour. Here’s…
Making Pecorino Under the Tuscan Sun
Italy felt like my adopted home after seven years of leading trips there. In early 2020, I finally decided to make it my full-time year-round home. Suddenly, however, with the onset of the pandemic, the life I had built was quickly unraveling. Work in the travel industry dried up around the world…