Spain dances to a different beat than the rest of the world. Summers feel endless, music is everywhere, and even the most casual dinner can stretch into the wee hours of the morning. As the saying goes: if we live to work, then the Spanish work to live.

Wine is the lifeblood of the never-ending fiesta that’s integral to the Spanish way of life. From the smallest pintxo to the heartiest feast, no meal is complete without a glass (or three) of locally produced delicious vino. Numerous Spanish wine regions each claim their well-deserved place on the viticulture map. Whether you’re in a wine bar in Madrid or at a Rioja vineyard miles from any city, wine is sure to be an essential part of your trip to Spain. Spanish winemakers produce hundreds of wine varietals each year, but the vast majority of the country’s wine is made from just a few types of grapes. While these are some of the most popular offerings, we encourage you to try at least one wine you’ve never heard of before while in Spain. If you’re willing to sample something new, chances are you’ll find something you won’t see anywhere outside of the country.

Tempranillo
Garnet-colored Tempranillo is the country’s most popular red wine for a reason. This wine’s pleasantly neutral acidity and notes of dark fruit are as delicious in a single varietal as they are in a blend. Tempranillo dominates the major wine-producing regions of La Rioja and Ribera del Duero, but they can also be found in the Penedès region near Barcelona and the regions of La Mancha and Valdepeñas south of Madrid.

Garnacha
Ripening late under the full Spanish sun, this red grape produces fruitier, spicier wines than Tempranillo. While it’s delicious as a single varietal, it is commonly blended with Tempranillo to produce a balanced and complex red. This wine thrives in the heat and dominates the sunny landscapes of Aragón, La Rioja and Catalonia.

Albariño
This crisp, effervescent white carries notes of herbs and flowers—a perfect wine to bring to the beach or to savor at sunset over tapas. The Rios Baixas region of Galicia, which can be found just north of Portugal, offers the best Albariños.

Verdejo
Hailing from the Rueda region of western Spain, this varietal has grown in popularity in recent years after decades of use in fortified wines. Unoaked Verdejos feature notes of tropical fruit; oaked Verdejos contain more of the woodsy, buttery notes familiar to Chardonnay connoisseurs.

Cava
Named for the cave-like cellars where it’s produced, sparkling Cava is Spain’s answer to Champagne. Cava is traditionally produced with indigenous varietals, such as Macabeo, Parellada and Xareló; a younger generation of producers, however, is beginning to experiment with French grapes, such as Chardonnay and Pinot Noir. Nearly all of Spain’s Cava is produced in Catalonia, meaning a trip to a cava house should be an essential stop on your trip to Barcelona.

Sherry
Don’t overlook this dessert wine just because it’s your grandmother’s favorite! Southern Spain is sherry’s homeland, and this sun-soaked region produces amber-hued, complex sherries a world away from the saccharine sippers most are used to. If you like a sweeter wine, try a Muscatel or Pedro Ximénez; if you prefer a dryer sherry, sample a Manzanilla or Amontillado.

Natural Wine
In a country where vines can be centuries old, it’s no wonder many winemakers use traditional production methods. The younger generation, however, is experimenting with techniques that avoid chemicals and employ alternative types of fermentation, creating earth-friendly wines that are as akin to cider or kombucha as they are to traditional wines. If you’re willing to try something new, a natural wine could be the perfect foil to the Spanish classics.

Spain’s consistently warm climate makes most of the country perfect for growing wine year round. Spain is far from one note, though. You’ll see stunning diversity in both the topography and the wine as you travel from region to region. Here are some of the most noteworthy Spanish wine regions:

Rios Baixas
This verdant region, which produces wine unlike any other in Spain, is perfect for the traveler heading north from Portugal or west from San Sebastián. Seafood lovers, you’re particularly in luck. A glass of zesty Albariño pairs nicely with a supper of freshly caught Galician fish.

Catalonia
Containing well-known subregions, such as Penedès and Priorat, Catalonia is home to dozens of wineries perfect for the day-tripper from Barcelona. Look out for fabulous Tempranillos and easy-drinking sparkling Cavas.

Ribera del Duero
The Duero River is the Spanish name for the Douro River that flows through Portugal. As you might expect, the wine here is sublime. You can’t go wrong with the classic combination of Garnacha and Tempranillo. This region, however, is also a wonderful place to try a Vendejo or a new red, such as a spicy Mencía.

Canary Islands
Las Canarias are certainly off the beaten path, but they’re the perfect destination for the adventurous wine drinker. The volcanic soils of these islands produce wine unlike any other in the world. Experiment with a mineral-rich indigenous varietal like Godello or Verdello.

In Spain, world-class chefs cook the most innovative fusion cuisine on the same street as centuries-old cathedrals. This clash of old and new is part of what makes Spain so unique.

The culture of drinking wine in Spain has evolved into something similarly diverse. Spanish wineries range from converted monasteries built a millennium ago to modern, glass-and-metal masterpieces designed by cutting-edge architects. Spaniards feel just as home drinking natural wine in a trendy new Barcelona bar as they do at the local tavern that hasn’t changed in decades. Simply put, there’s no wrong way to drink wine in Spain!

Want to find the perfect wine and food pairing? Check out our Food in Spain article!

Travel to Spain with Backroads

Want to experience the best of Spain (and its delicious wines!) in the best way possible? Join us on an active Backroads adventure and spend a week exploring hidden corners of this incredible country while enjoying luxurious villas, mouth-watering meals and impossibly scenic landscapes. We’d love to have you join us! 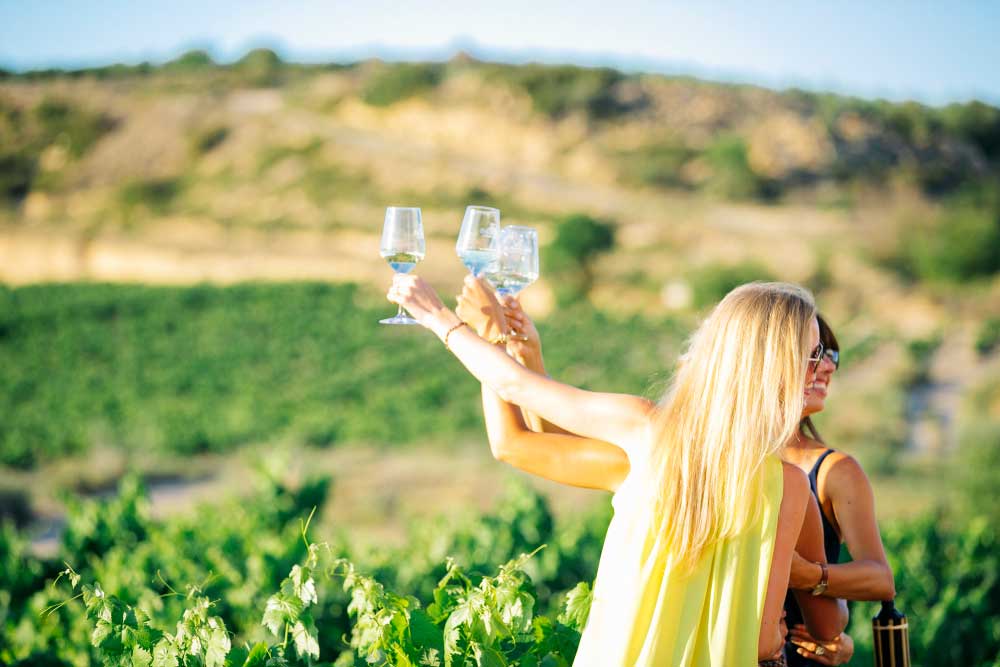