Since April, I've been in five countries, met hundreds of new people, and slept on more than 50 different mattresses. A full season of leading with Backroads is a whirlwind of new places and faces. After seven plus months full of nonstop travel, what do leaders do when it all comes to an end? I've heard answers such as these: "...heading to Italy to au pair for two months." "...taking a sail boat to Africa." "...eight of us are back-packing through Turkey." "...I'm going to take a long nap." (NOT!)

I'm sure this doesn't come as a surprise, but Backroads leaders are excellent travelers. I say this in terms of logistics and mentality--there's a wanderlust among leaders that is backed by the know-how of packing for and planning weekly vacations.

Last year, the first answer about au pairing in Italy was mine; I wanted to study Italian in order to work in Italy with Backroads. I flew from our staff meeting in Crete to Rome in order to meet a family I found on an au pair website (I know what you're thinking, but I was totally safe!) This year, I wasn't sure what I was going to do after the Backroads season, but I definitely wanted to see more of Europe before heading home. 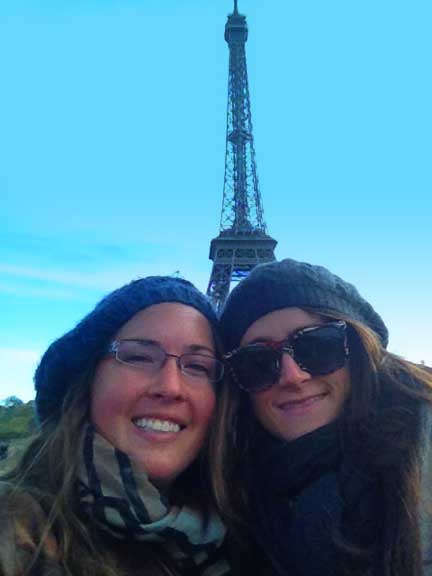 Exploring Paris with Jane after our Backroads season

I was brainstorming with a co-leader, Jane, and she said, "Let's learn a new language." I had great luck with that same notion last year, so it didn't take much to convince me. We decided French would be most useful, so why not head to Paris? We hit the Internet to find a Parisian pad for November. We found a good deal in a great location, registered for a French school nearby, and voilà! Jane and I started our post-season journey in southern France where the weather was almost balmy. We headed north by train to Lyon, and quickly realized we were chasing winter. Lyon is renowned as the food mecca of the country, and as I come from the Show Me state--Missouri--I couldn't let Lyon get away with such a nickname without proving itself. Jane and I booked a bed in the apartment of a couple who did not speak English. We sat awkwardly on the couch, trying to figure out our sleeping arrangement via hand gestures, when an English-speaking French tenant saved us. He was quite handsome, which made sense when he told us he was an actor/model (this comes into play later...). He explained where to put our luggage and, more importantly, gave us suggestions on where to eat. Off we went! At this point I could speak no French (now I can at least say, "I would like the beef," or "two baguettes, please"), so I had a fine time ordering blind. In the first restaurant, I tried pieds et paquets, which turned out to be sheep intestines stuffed with pork knuckles. Sounds delicious, right? It actually was! 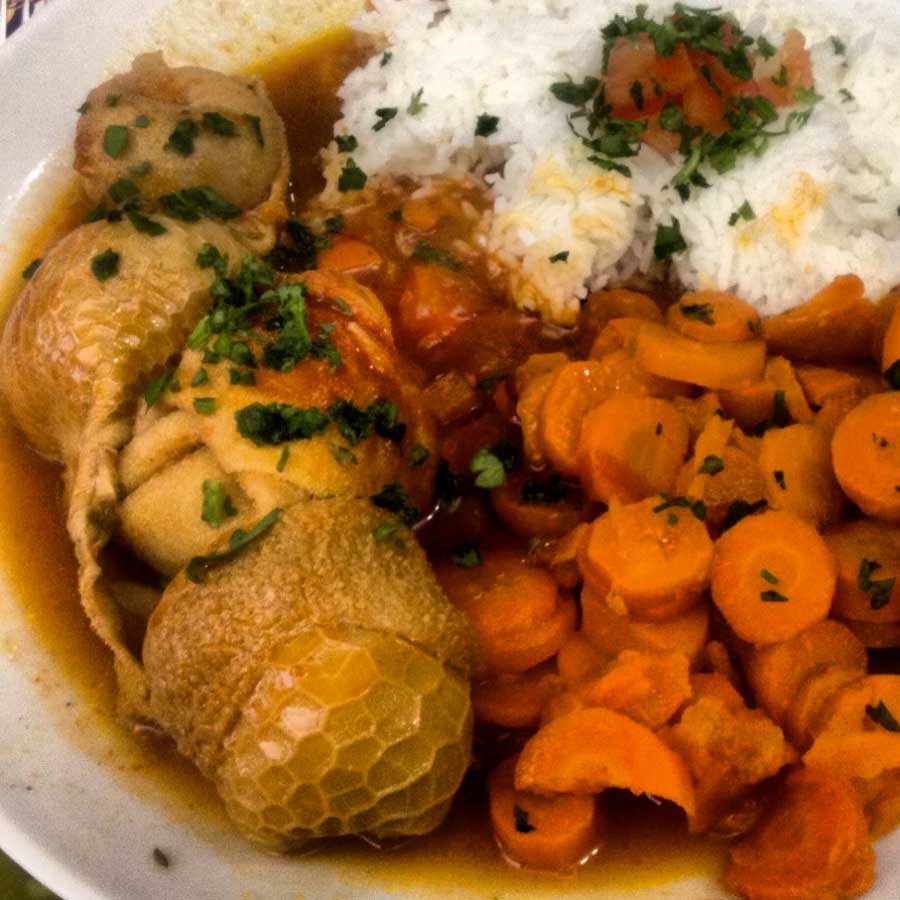 After soaking up the Lyonnaise cuisine, giant outdoor murals and secret stone passageways leading to historic markets, we hopped on a train to Paris. Spoiler alert: Paris is COLD in November! Luckily, we stayed in a tiny studio apartment that warmed with only our breath. Jane and I quickly settled into a daily routine: French school and/or Bikram yoga in the morning, then Parisian adventures in the afternoon. Of course we hit all of the main sites: the Eiffel Tower, Notre Dame, the Louvre, Musée d'Orsay, Sacré Coeur, Champs Élysées and the Arc de Triomphe. We paired each of these with an edible experience: Berthillon ice cream near Notre Dame, hot wine at Sacré Coeur, street crêpes on the Champs Élysées, etc. Upon a recommendation from Jane's aunt, we found the delicious Café Constant near the Eiffel Tower. After placing my order for the pigeon with lentils in foie gras, I realized that the actress, Hillary Swank, was standing just feet away from us, chatting with the owner. I almost had a heart attack (I have to admit, shamefully, that I have a strong case of Star-Struck Syndrome.) Jane talked me down and pointed out that the handsome French man with her was much more interesting.

On one of the final evenings during our two weeks in Paris, Jane and I were exiting the Metro when we were greeted by a familiar face; a giant billboard in a crowded hallway broadcasted the smiling face of our actor/model friend. He was slightly more scantily clad than when we met in Lyon, so when I paused to snap some photos a group of middle-aged women chuckled mischievously. I swear my motive was innocent! While we were in Paris, Jane and I saw five other Backroads leaders. One had just finished road tripping with other leaders throughout Spain. Another had gone to visit family in Israel. The third took the train in from Belgium where he had been sampling moules-frites (mussels with French fries) and beer. The final two are natives of France, and gave us a nice assessment of how our French language skills were coming along (I've never been one for sharing grades...). It is clear that I'm not alone in the feeling that the more I travel, the more I want to see and experience. Backroads has given me the means to do so: with welcoming guests and international co-workers, my global network has exploded. No matter where I go, I feel that I always have a friend. So, where should we go at the end of next season?

That's a dream life!!!
And Paris, that's sure, is a dream city! Lovely post!!
Ale, you've got that right! I'm also living the dream of working alongside amazing co-leaders like yourself ;)
What an incredible trip! I'm so impressed by your ability to jump into new experiences, try different things (sheep tripe with pork knuckles? lol), and make friends anywhere. It sounds like you're taking advantage of all the incredible experiences Backroads can offer. We need to plan another trip together!! :)
Grace, I would love nothing more! Thanks for reading and sharing :) you've got some good travel skills up your sleeve, as well!
I want in on this trip!!! Mac, you are having amazing adventures that we could only dream about! I can't wait for all of us to make some fun memories together! ;)
Can you add room for one more?
You're all in!! Where to?
It sounds like Steph and Mac might already be in Italy this summer, right? European adventures? YES PLEASE
What an amazing adventure! I'm inspired by your ability to jump in and experience a new place. Not sure how well I would have reacted when the sheep intestines stuffed with pork knuckles arrived... Sounds like you are having a fabulous time. I look forward to reading about where you go next.
Thanks, Steph! Something tells me you would've given those pork knuckles a go...
Great article McKynlee!
We are very lucky individuals indeed.

So where are we going?
Chris, Thank you!! I'm thinking Asia...
I love this article and I love YOU! Can't wait to see you so soon!!!
Top