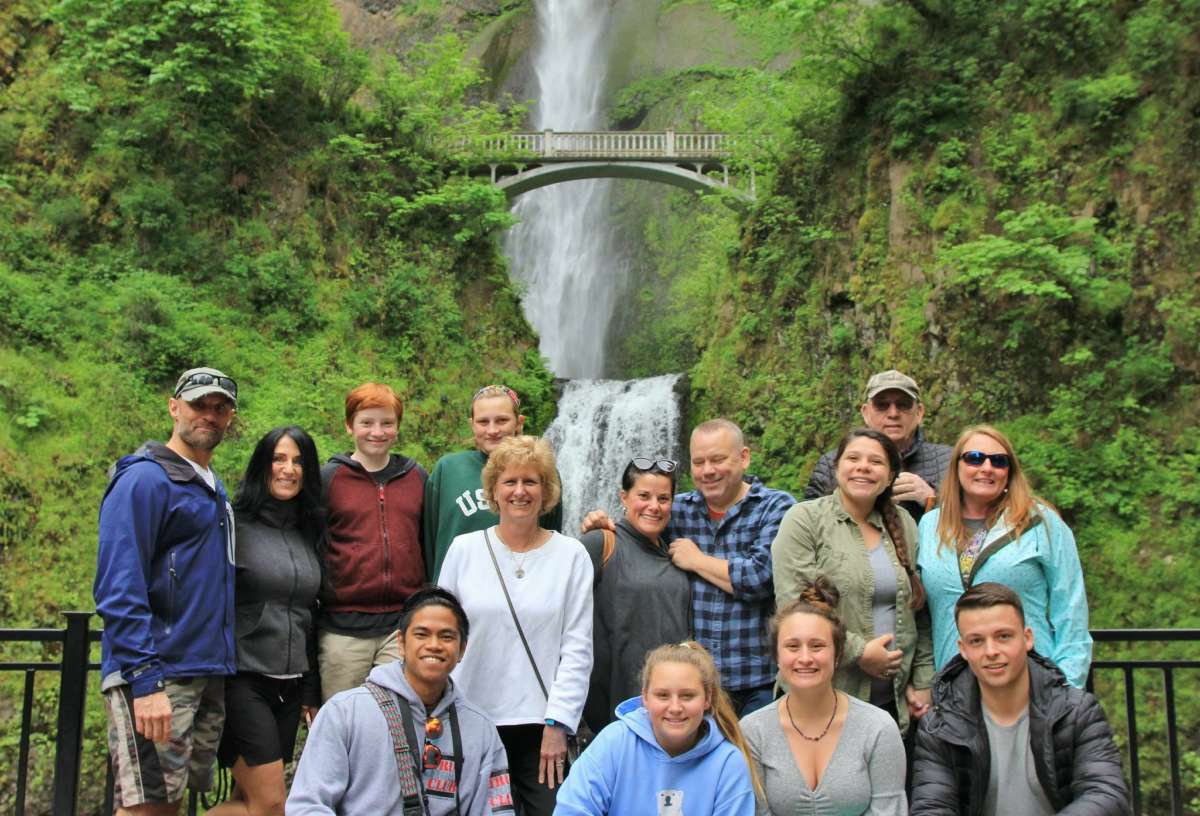 Pay no mind to that old saying - these waterfalls are definitely worth chasing. The sights and sounds of waterfalls have always captivated me. Whether it's due to the security my brain feels near a clean freshwater source or the aesthetic beauty of the surrounding ecosystem, I just feel so invigorated. I've chased waterfalls from Western Canada to South America to Asia and have marveled at them all. But there's a place, right in the heart of the Western United States, that might be the best kept secret of all the cascading sheets of water. It's called Waterfall Alley and it's nestled in Oregon's Columbia River Gorge. Whether you're exploring this waterfalls oasis on your own or with Backroads on our new Oregon Columbia River Gorge & Willamette Valley Bike Tour, here are some of its best sights: Latourell Falls 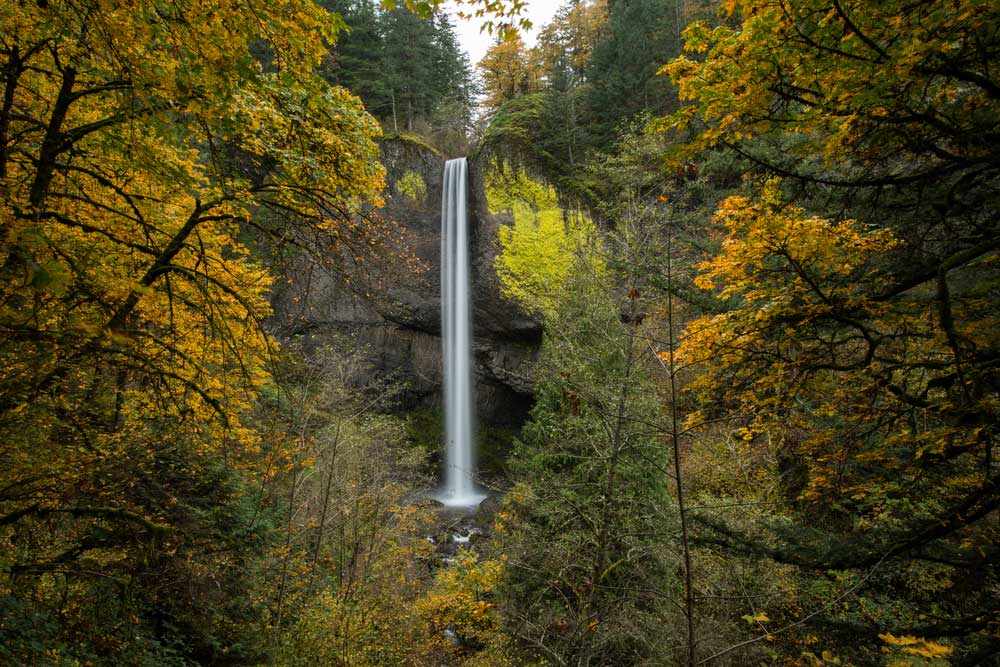 This magnificent vision is unique among the Columbia Gorge waterfalls because it plummets straight down from an overhanging basalt cliff, while all others tumble to at least some degree. The beauty of these falls can be enjoyed from the historic Columbia River Highway, which allows visitors to see it from the comfort of the road. There's also a path that meanders near the base of the falls, allowing for up-close viewing while hiking or biking. Bridal Veil Falls 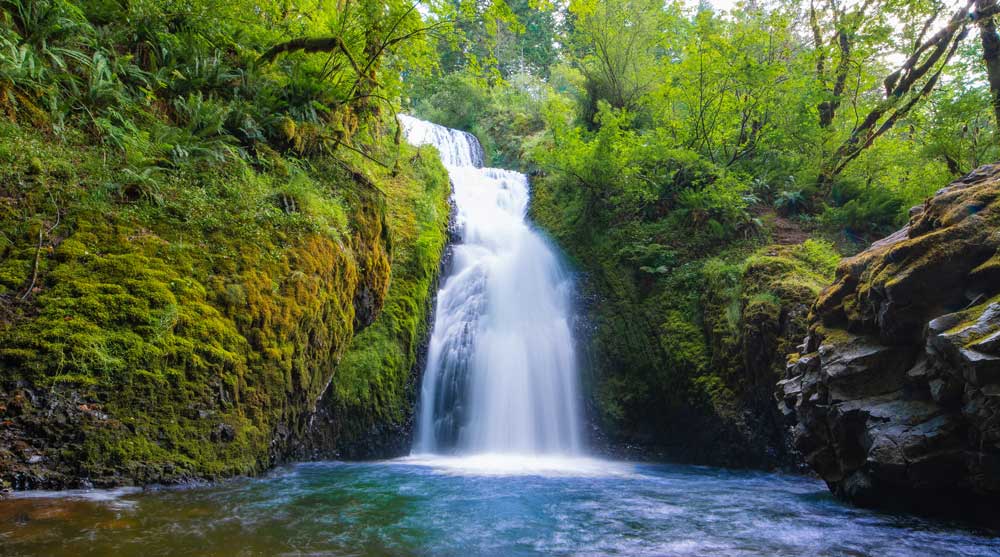 Two distinct cascades fan out along sloping rockfaces to create the unmistakable Bridal Veil Falls. With its heavy downflow and accompanying whitewater, these falls can look very much like the ceremonial article they were named after. A bridged section of the Columbia River Highway passes over the falls, while a pedestrian path and smaller bridge provide a great viewpoint on foot or bicycle. Multnomah Falls 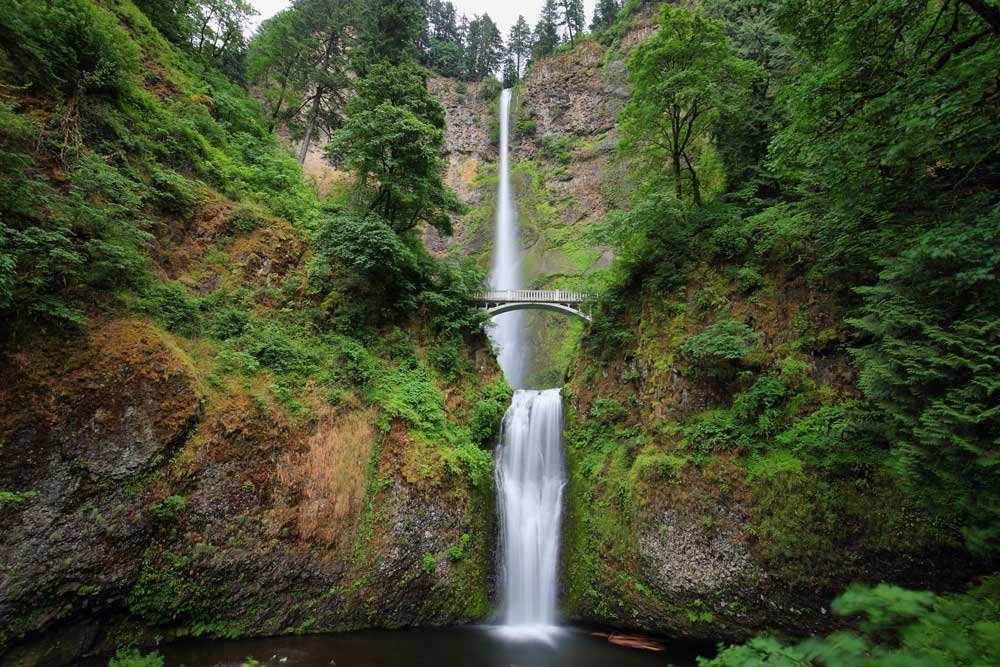 Covering two levels on striking basalt cliffs, Multnomah Falls is the tallest waterfall in the state of Oregon, measuring 620 feet in height. The Columbia River Highway passes nearby, but to take in the shear magnitude of this roaring force it's best to get out on foot and discover the many vantage points available from the paths that meander off the main road. Horsetail Falls 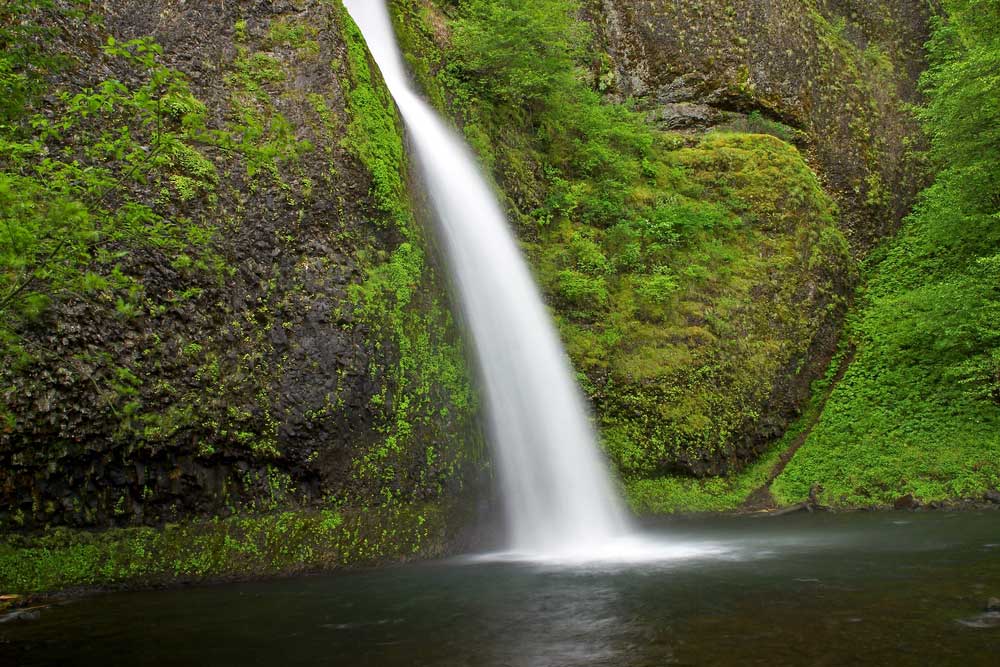 Horsetail Falls is more easily accessible than some of it's less-visited neighbors, as it sits right next to the Columbia River Highway, yet it's arguably one of the most stunning. The shape of its cascading water, which is full and flows over a rounded rockface at the top before tapering to a long fanning spray, certainly resembling its namesake. There's also a second waterfall below called Ponytail Falls, which is an easy walk away down a gorgeous footpath. Join us on our Backroads Trips in this beautiful corner of Oregon! Opt for our Biking Trip or our Family Multi-Adventure for Older Teens and 20s. We hope to see you there!