The Story Behind the Backroads South Africa & Botswana Video

If I had to pick my favorite shot in the whole video, it would be the very last one. (You can scroll to the bottom of this blog to watch the video now!) We had stopped near the border of Kruger National Park to meet some local students and learn about their school. The moment we stepped out of the vans, we were absolutely swarmed with smiling, laughing and shouting children. Dani, one of the Backroads Trip Leaders, originally from Spain and one of the friendliest people I've ever met, swam through the sea of children to get to me and, having to nearly shout to be heard over the screaming kids, said "Hey man, you've got to fly the drone, the kids will LOVE it." 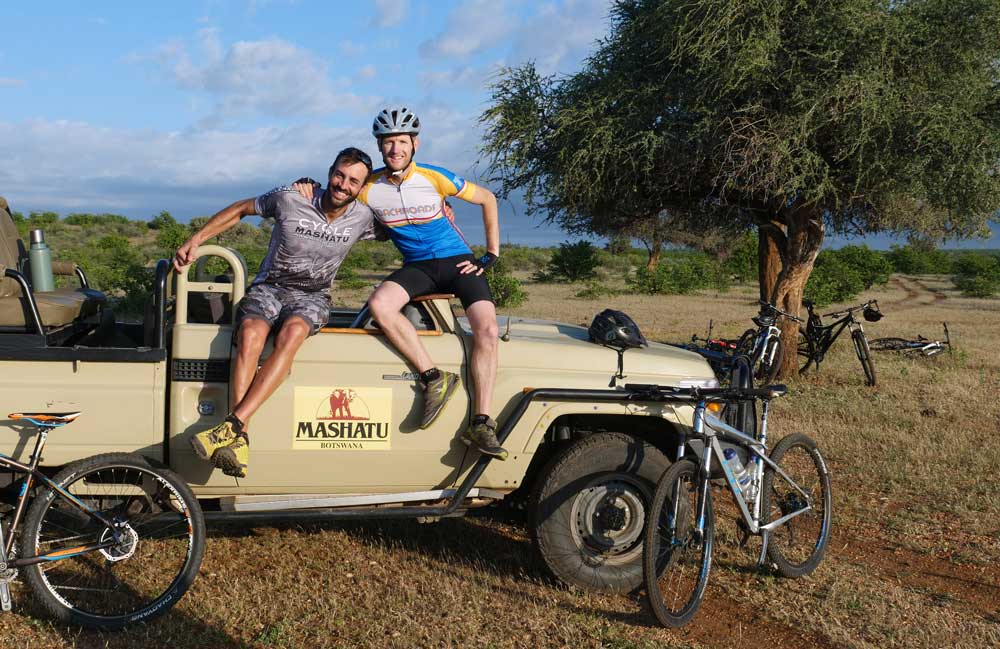 So under the curious eyes of about a hundred schoolchildren, I pulled the drone from my pack and launched it into the air, to the squeals and shrieks from the kids. They all began chasing it back and forth through the schoolyard creating such a ruckus I was sure a teacher would soon be coming to tell me I was causing too big a commotion. But it didn't happen, and soon Dani started beckoning the kids to gather in a circle and put their arms together. I flew the drone low and, just as they threw their arms up into the air, I sent the drone flying skyward. If you look closely, you can see Dani in the circle, smiling and laughing with the kids. It turned out to be the perfect shot to end the video, and it captured one of the most memorable experiences of the whole trip. 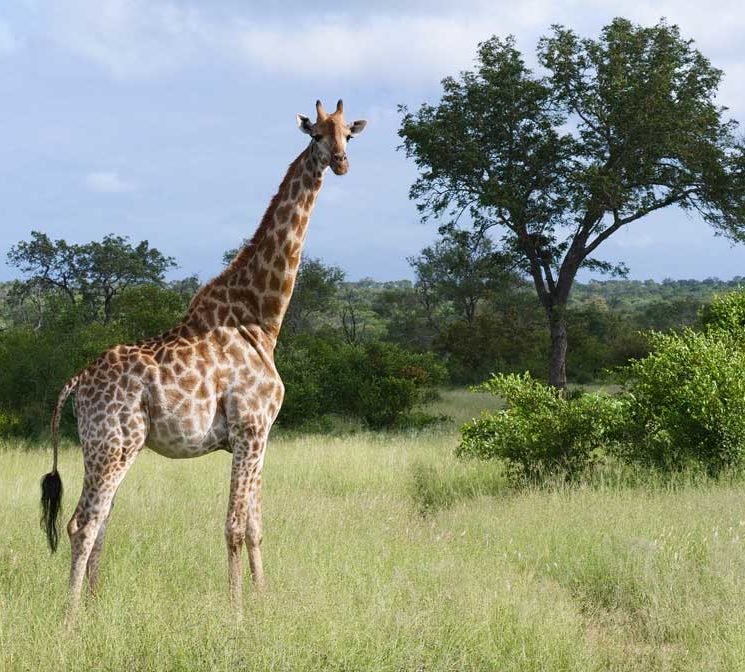 And yet there were so many moments and cool shots to capture! The shot at 1:08 of guests Lilly and Chris walking out to the airplanes on the tarmac in Botswana is another of my favorites. The cumulus clouds you can see dotted across the sky like popcorn balls and our sleek private planes parked waiting for us made for quite the photogenic shot. It was a tiny airstrip just across the border from South Africa, where we had landed on our way to Mashatu Game Reserve. We got our passports stamped in a tiny office by the air strip, then proceeded to our incredible lodge encircled in a giant wooden fence, like something from a storybook.

These planes and these remote airstrips became such a highlight of the trip, because each new flight took us to some new and exciting landscape. We would first see it all from above as we flew over endless wilderness, where lush green canopy would give way to grasslands, then to red rock deserts and then a tapestry of threading rivers glistening in the sunlight. Then suddenly a small airstrip would emerge from the patchwork below, where our safari Land Cruisers were already awaiting our arrival, and our pilots would drop us down from the sky. The sense of adventure and discovery was unlike anything I'd ever really experienced before. 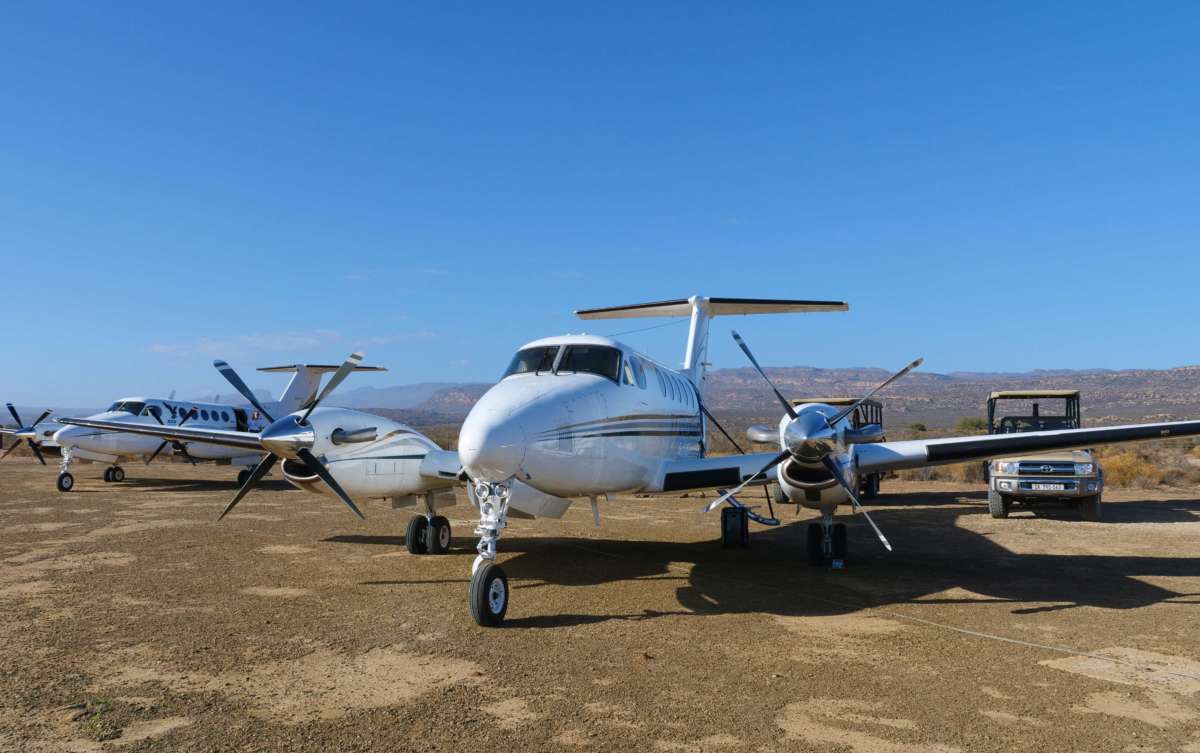 The wildlife we encountered was simply incredible. Everything you see in this video was shot in the course of just one Backroads trip. I of course expected to see some of the famous animals I'd grown up hearing about and seeing in movies, but I had no idea we would see such a diversity, and I especially didn't expect to see it all so close! For the shot at 1:18, I had to stop filming because the leopard walked so close to the Land Cruiser that my camera lens could no longer focus on him. He literally walked right up to the vehicle and under its back bumper, directly beneath me and close enough to touch. Our Trip Leaders and rangers explained that the wildlife in these game reserves have grown up seeing these safari vehicles and know that we don't pose a threat, so don't pay much attention to us at all. The animals are still very much wild, but as long as we observe quietly, they don't mind us being there. 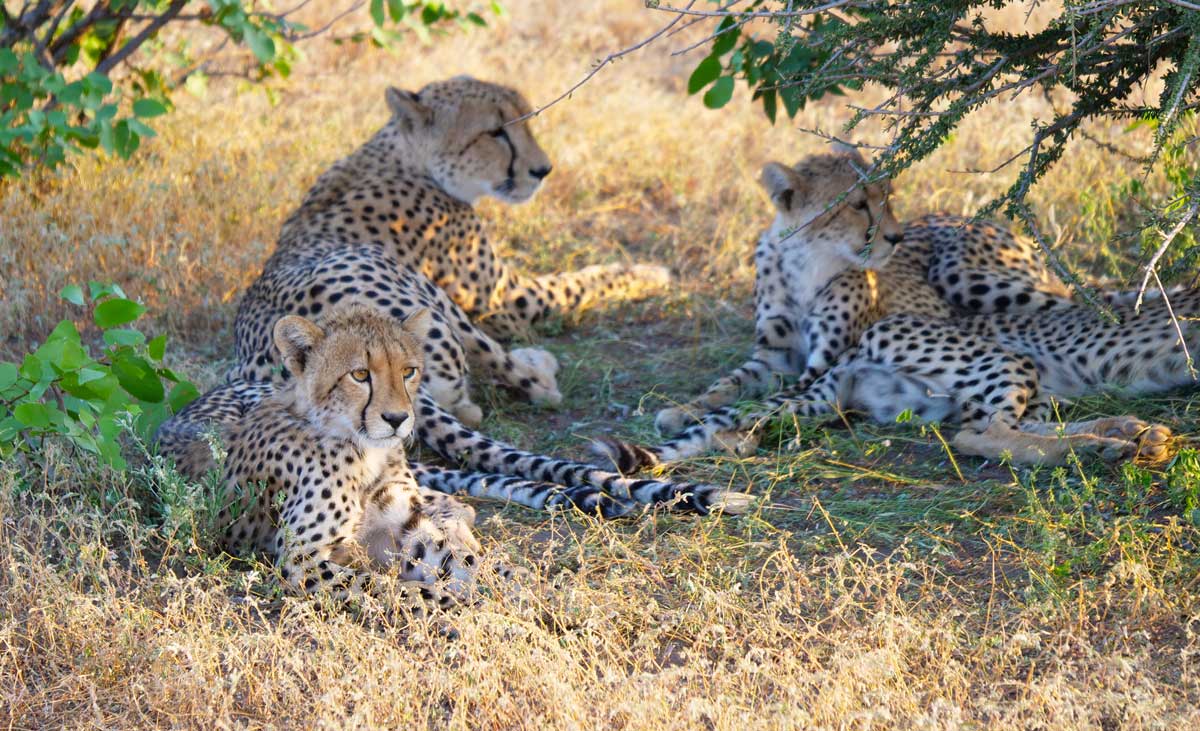 I'd have to say that the cheetah family at 0:48 was my favorite wildlife encounter of the whole trip. We came across them just relaxing in the shade, a beautiful family of cheetahs napping, yawning, stretching and whiling away the hot midday hours. I wasn't shooting with a very long lens, so what you see in the video accurately shows how close we were to these magnificent animals, always careful to not disturb them. There was something about these cheetahs that seemed almost mystical. The intelligence in their eyes was so evident, and the younger ones watched us with wonder, as curious about us as we were about them. They may not be the biggest animals out there, but there was something magical about them, and I feel so lucky to have shared in that magic for a handful of minutes there in the wild plains of Africa, a million miles away from our normal everyday lives at home. It was a moment that had me asking myself, "Is this real right now?" 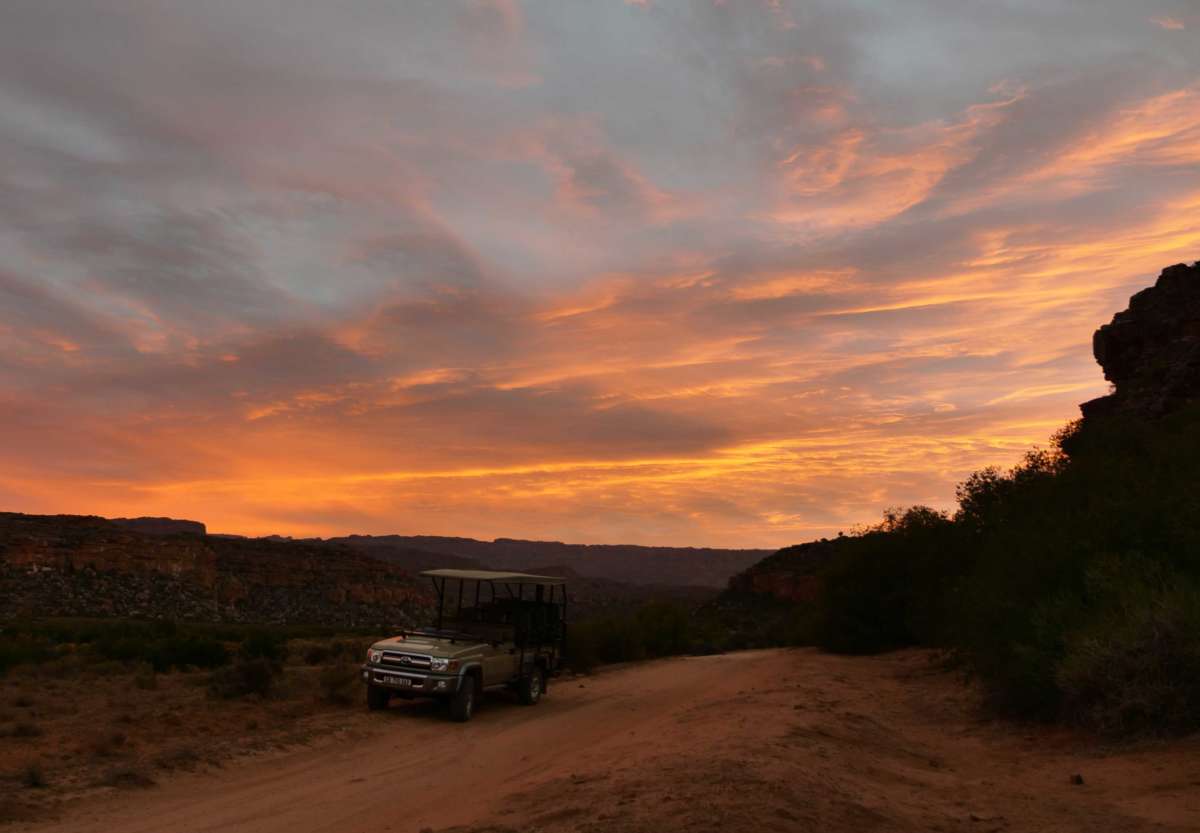 I've led Backroads trips around the world for six years now, and the hotels on this trip were beyond anything I'd experienced before. Safari lodges in the heart of remote private game reserves, where we each got our own luxury bungalow and pool. Or a tent cabin perched on stilts beside a river in a lush forest where we could hear hippos grunting in the darkness each night as they crossed the river in search of macadamia nut trees. The shot at 1:31 shows one of my favorite rooms, where the bathtub was outside on the porch, completely private, and you could soak in the tub while listening to the birds and other sounds of the jungle. The shot at 1:14 makes me smile, because it was here that we learned we had to keep our doors securely closed, or else the monkeys (who were waiting eagerly in the trees around us) would sneak inside and ransack the room, stealing our food and anything else they found enticing. Clever little thieves!

I could go on for pages and pages, telling the story behind every shot in this video. Because every single clip truly has a story that could be told about it! The nightly magnificent sunsets. The biking alongside running zebras and giraffes and baboons. The herds of elephants and their playful babies just learning to operate their huge ears and awkward legs. The tradition of "sundowners," where we paused our evening safari drive and gathered for drinks and snacks at yet another new beautiful lookout, watching herds of impala and wildebeest slowly marched off into the distance. It truly was the experience of a lifetime.

While stories are nice to share, I'll be forever grateful to simply have the memories in my own mind, to recollect for the rest of my days and know that, if nothing else, I once journeyed through Africa and raced wart hogs on a bike, hiked through red rock canyons filled with ancient tribal rock carvings and watched wild lion cubs playfully tackle each other, kicking up red dust to be carried aloft by a gentle afternoon breeze.

That's pretty cool, if you ask me.

Check out the video here:

I’m interested in going on this one this summer.
What are the dates.
Hi Jonathan, we're glad to hear you're interested in the trip, it's a truly remarkable experience! We have dates throughout the year, you can check them all out here: https://www.backroads.com/trips/MSAI/south-africa-botswana-biking-hiking-tour. Give us a call if you have any questions at all!
I am trying to choose a vacation for my 50th bday. 3-4 people 2 are under 16 yrs old. So it’s between this trip or the Dead and Company playing in the sand vacation. How much is the total cost of this trip for 4 people is.?
Hi Wayne, this would definitely be a pretty incredible way to celebrate your 50th! We'd love to answer your questions, just give us a call and we can give you all the details. The price of the trip depends on the specific date you choose to go. You can also check out all the details here on the trip page: https://www.backroads.com/trips/MSAI/south-africa-botswana-biking-hiking-tour Looking forward to talking more soon!
Top