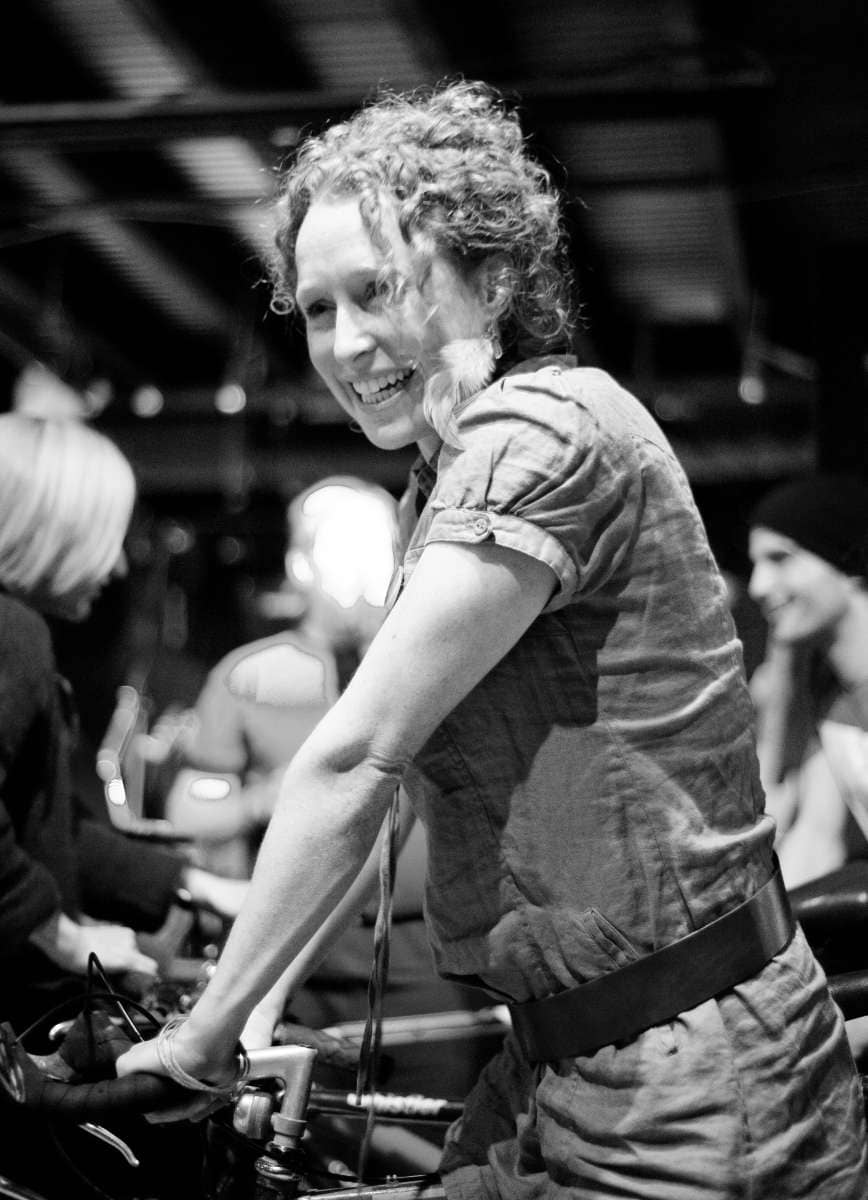 We at Backroads know bikes. Those of you who travel with us know bikes. We are bike people. We love our world on two wheels. They give us great joy and take us behind the scenes. We speed through the countryside along quiet trails. We feel empowered with the wind in our hair and the strength of our pedals. I'm a Backroads leader who loves bikes just as much as the rest of us. I too love the power of two wheels, something that I've taken quite seriously these last few years. I was first inspired back in 2001 to bring bikes to a whole new level by Woody Harrelson's film Go Further, which features a group of friends who bike the west coast of the U.S. to promote simple, organic living. One scene shows the crew powering a concert at the House of Blues in Los Angeles by pedaling bikes. It was this scene that really got me thinking: What if we could harness the energy we're forever paying to burn off in a gym? What if we were all to get on board and pedal in the same direction? What might we achieve? I took these questions very literally and founded Powered by The People! 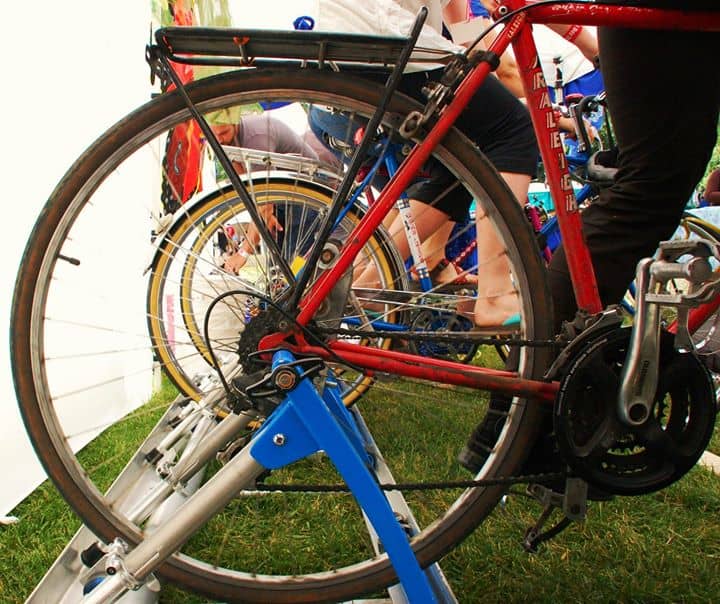 The tiny organization was born in my Alberta backyard. The purpose: to inspire people to work together for positive change in the world. And to do so by using bikes to produce power. Where better to do this than in Calgary, the energy capital of Canada? I sought advice from Rock the Bike, the leader in the pedal power movement from Berkeley, California. With their expertise and pedal power tools on my side, Powered by The People! was up and running in no time across the border in Alberta.

Powered by The People! shifts the way we view, create and use energy in our daily lives and in the world.

Using bikes as a teaching tool for kids and adults alike, our plan is to engage everyone in a movement to shift to a new energy paradigm. From classrooms to street festivals, we are now creating energy by pedaling bikes, capturing that energy and making it useful. Picture a pedal-powered concert. Or a bike-blended smoothie. The first pedal-powered concert we organized took place in Calgary in 2011 and raised funds for the phenomenal youth travel organization called Two Wheel View. My real passion for the project is highlighted in a short documentary film that premiered outdoors during Calgary's Cyclepalooza week. The take-home message is that people are capable of great things. When we can see tangible results for our efforts and we're all pedaling in the same direction, there's no stopping us!

Watch the Powered by the People trailer!

Powered by the People (Official Trailer) from Chris Hsiung on Vimeo.

Does this kind of a revolution appeal to you? Spread the good word, there may be great local organizations right in your own backyard doing the same thing. And why spend the night on the couch in front of the TV when you could be pedaling your bike, powering it yourself?! Give it a whirl. I dare you! 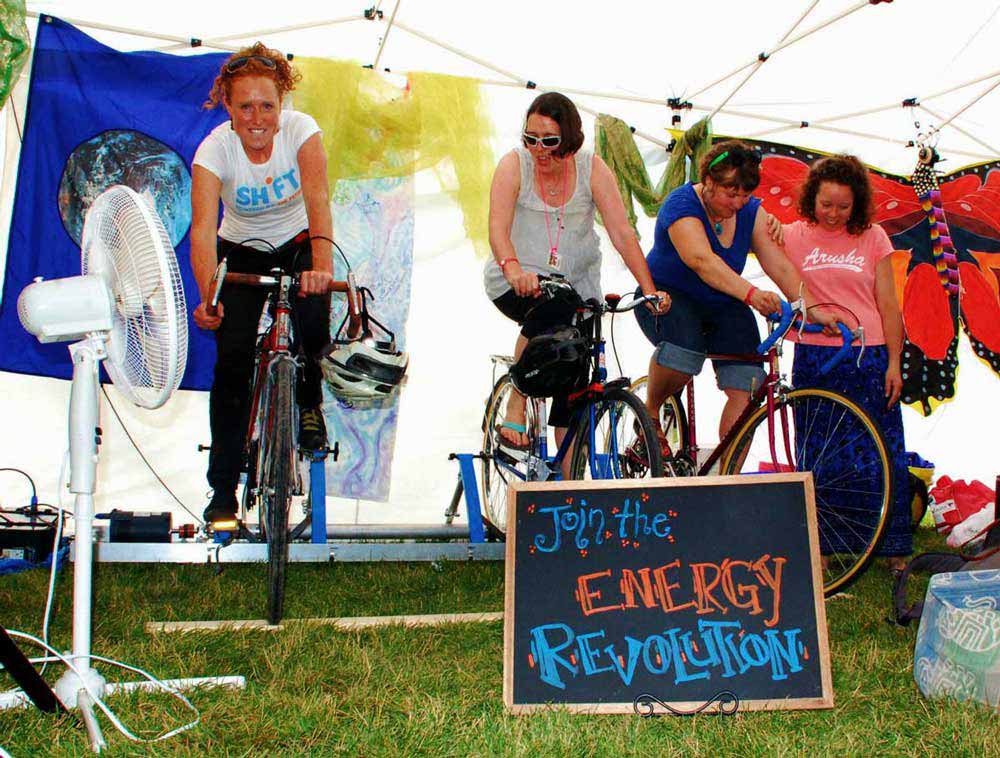 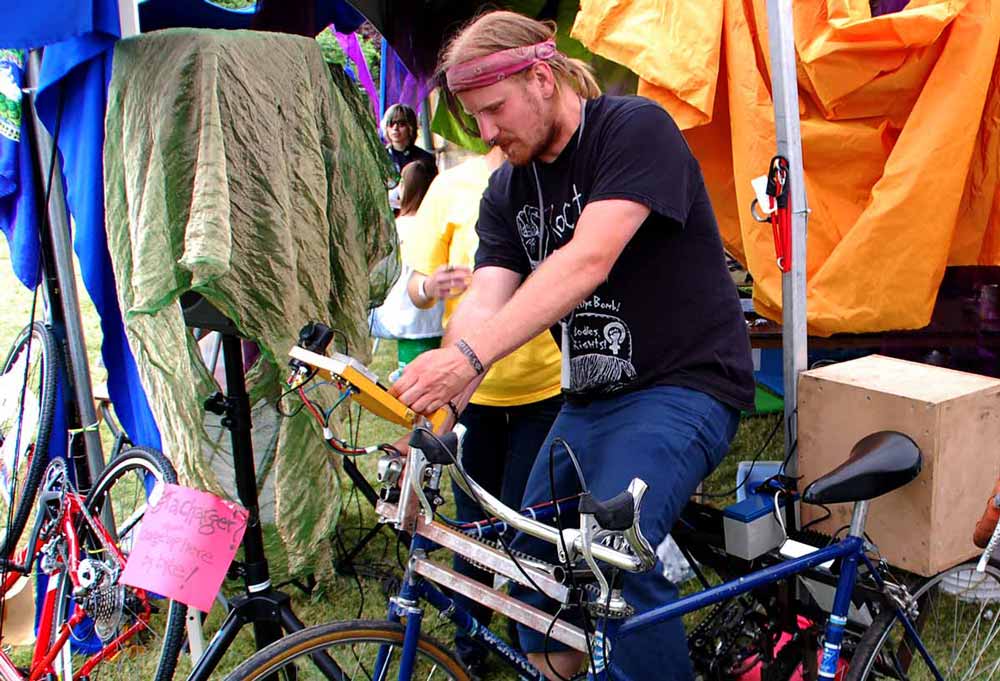 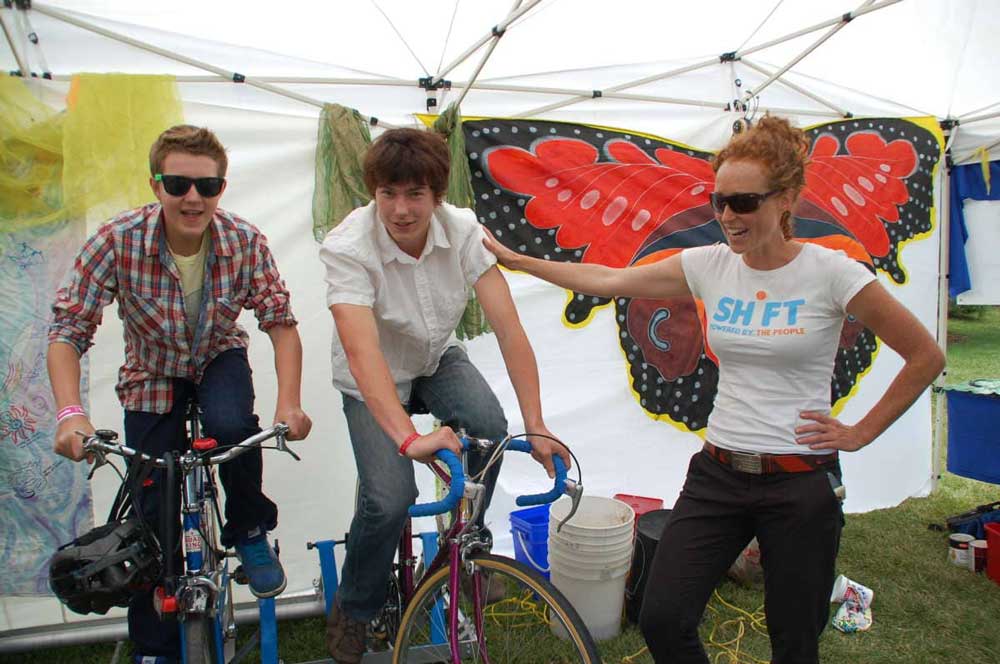