Quiz time! Which of the following is not a national sport of Switzerland? 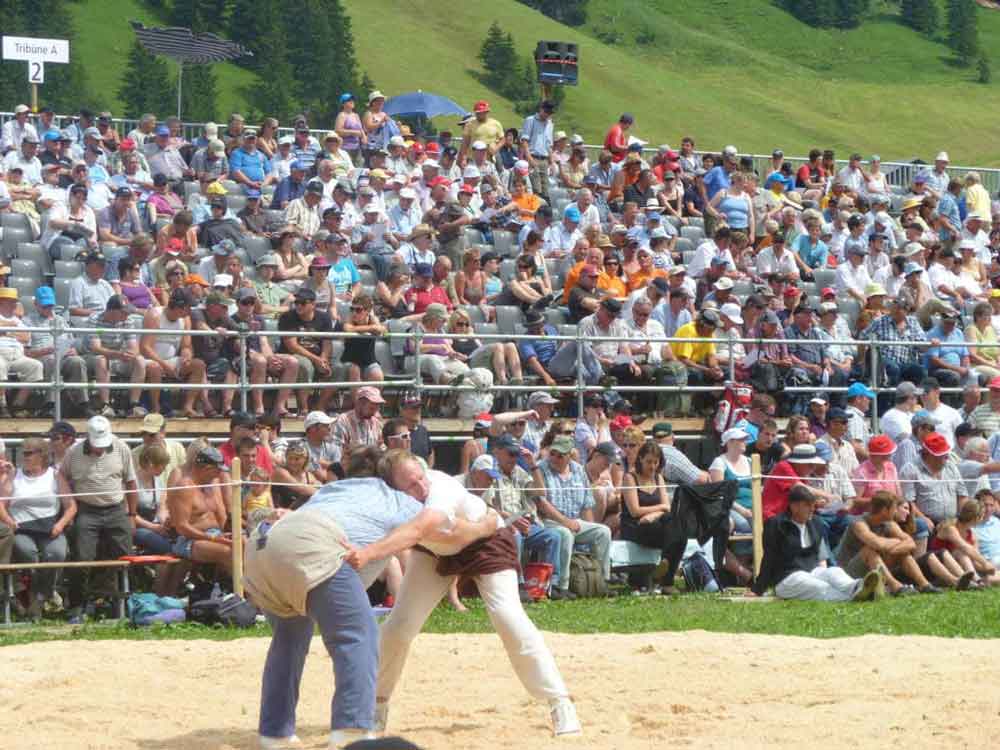 A) Hornussen B) Chopfweh C) Schwingen D) Steinstossen One of the greatest things about working for Backroads is being able to experience unique cultural events around the globe. Ever since I first set foot in Switzerland, I've been fascinated by Swiss national sports--particularly Schwingen (free answer! Cross C off the list). Schwingen is Swiss wrestling; participants wear Schwinghosen (special breeches made from jute, bearing more than a slight resemblance to Daisy Dukes) and wrestle in a ring of sawdust. Second quiz: Who was able to attend a Schwingfest in 2010? A) Me B) Ingo, fellow Backroads leader C) A large group of mountain men D) All of the above The answer, of course, is D. 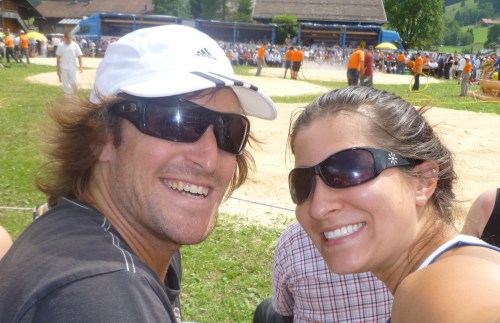 Ingo and me at Schwingfest

Ingo and I had a few days off between trips and drove to Adelboden on a whim, not knowing what to expect. After getting fully lost in the mountains and finally asking a local for directions, we parked the van in a bumpy grass field among a sea of vehicles. As we walked up to the crowd, a queue of dirndl-wearing, flag-waving women began parading around the field. We arrived just in time for the Schlussgang (final round)--what luck! But first, there were many speeches in Swiss-German. Ladies wandered around with armfuls of flowers, all looking like Fraulein Schweiger from The Sound of Music. A band tooted away while a conductor stiffly waved his arm back and forth, and a toothless man sat next to us and grinned gummily in our direction. Basically, Schwingen is a wrestling match that takes place in a ring of sawdust. To my untrained eye, it looked like the opponents began by groping each other's shorts in a loving embrace, nuzzling their heads on their partner's shoulders and waddling around like penguins at the zoo. In reality, strict rules exist about hand placement on the back of the shorts. Competitors exhibit very calculated movements and there are technical names for various judo-esque throws.  If one or both competitors fall out of the ring, the referee calls a time-out; they reassume the awkward hug position and start over. If one opponent manages to wrestle the other down, both shoulders touching the ground, having one hand attached to the downed competitor's belt/shorts, he is awarded up to ten points and the round is complete. This particular Schwingfest consisted of five matches before the 15-minute final in the center ring. There are no weight classes or weight limits, but Schwingers are usually decently-sized dudes (over 220 pounds). 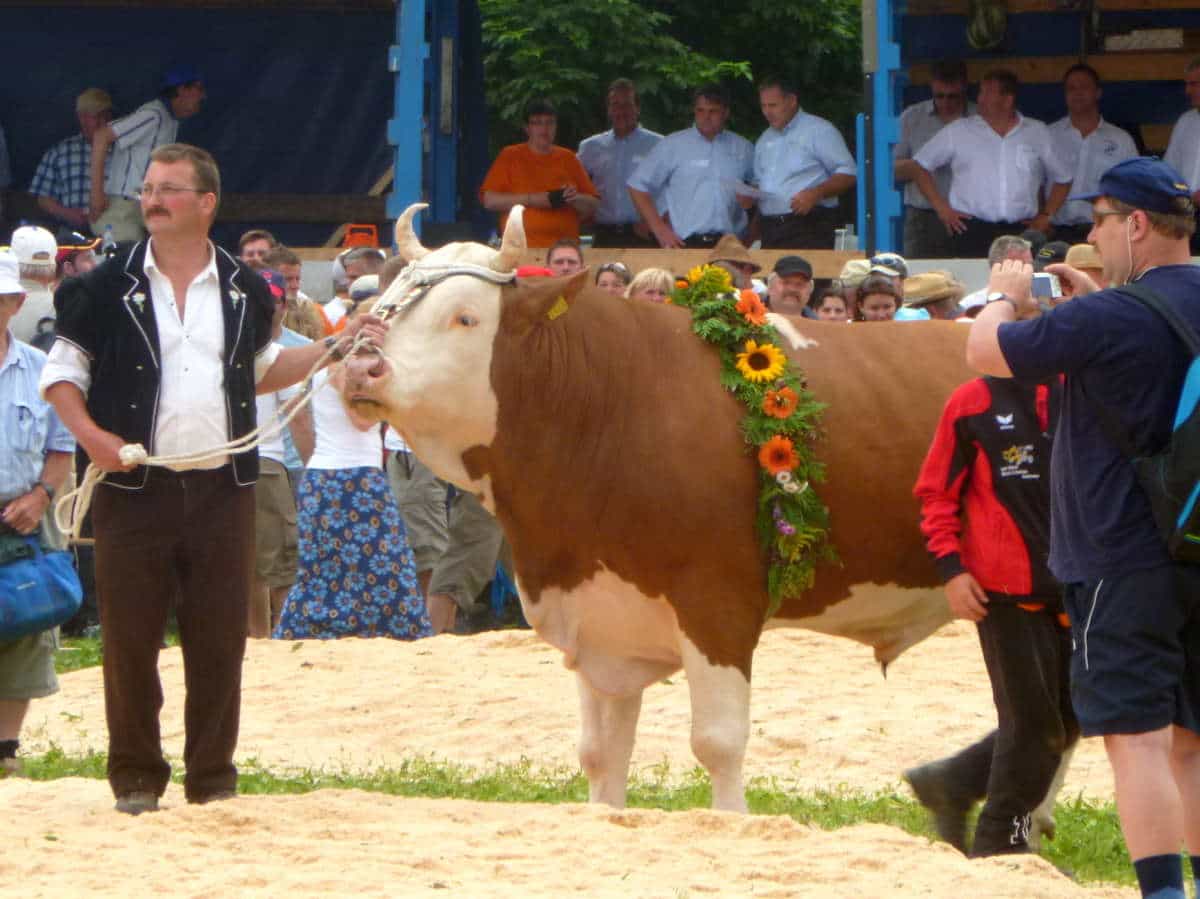 The winner, of course, got a bull. Second place was awarded a smaller cow and third place a horse. Various other lesser prizes included lawn mowers and BB guns.The biggest of all Schwingfests is the Eidgenössisches Schwing-und Älplerfest, which takes place every three years (the latest being in 2013). The winner is proclaimed Schwingerkönig (Swinger King) and can strut around secure in his manliness for the next 1,095 days. Check Schwingfest off my Swiss list. *Answer to the first quiz: (B) Chopfweh is not a Swiss sport. Incidentally, it means headache in Swiss-German; probably an ailment you would get from participating in either (A) Hornussen (a cross between baseball and golf with a puck that can travel at 180 miles/hour) or (D) Steinstossen (literally: stone tossing).

"The winner, of course, got a bull." Of course! Scwingen sounds like a swingin' good time! I totally agree that one of the best aspects of the Backroads lifestyle is experiencing such cultural events - and doing so with great friends! Last summer Mike Behrendt and I participated in a full-fledged Sasquatch hunt. First prize was $1,000, and all we had to do was find Sasquatch in a two square mile section of mountainous terrain at night with glow sticks. Unfortunately he was never found, but we created some more wonderful Backroads inspired memories in the process. Thanks, Beth, for sharing one of presumably many of yours.
Maybe one day I'll run into a Schwinging Sasquatch! Sounds like a great time. I can't wait to see what fun memories lie ahead!
This looks like a lot of fun!
Thanks, Richard! It certainly was a fun, once-in-a-lifetime event!
Top