Leading Backroads trips on New Zealand's South Island, I am continually struck by the wide open spaces, the incredible sense of peace and quiet, and how these qualities are amplified when we stay at two magnificent wilderness lodges--Arthur's Pass and Lake Moeraki. Truth be told, these lodges rank as two of my favorite accommodations on any Backroads trip that I've ever had the pleasure of leading. And in my opinion, staying at either one of these jewels offers such a unique experience that the Backroads New Zealand Walking & Hiking Tour itself is worth it just to be able to stay at these incredible places! 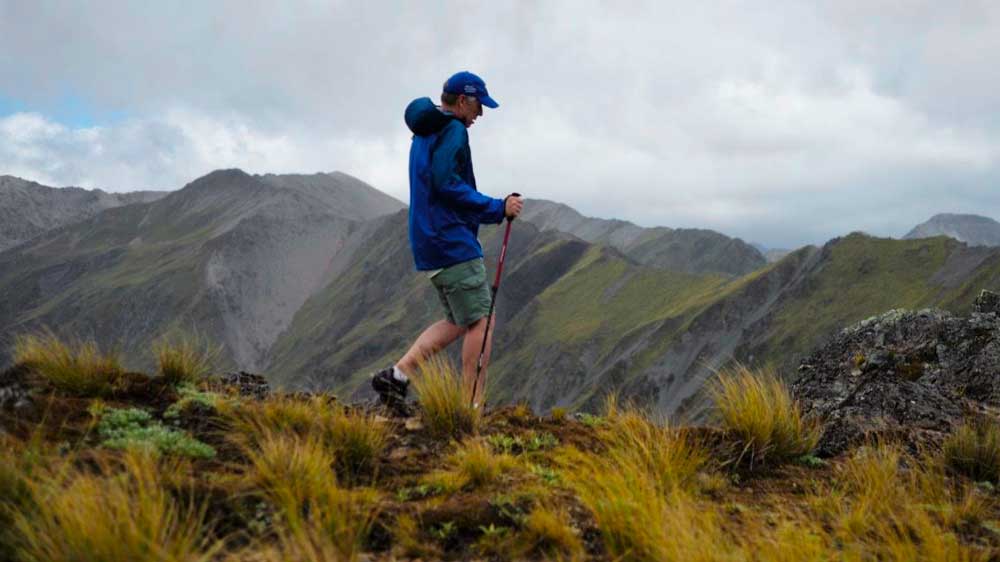 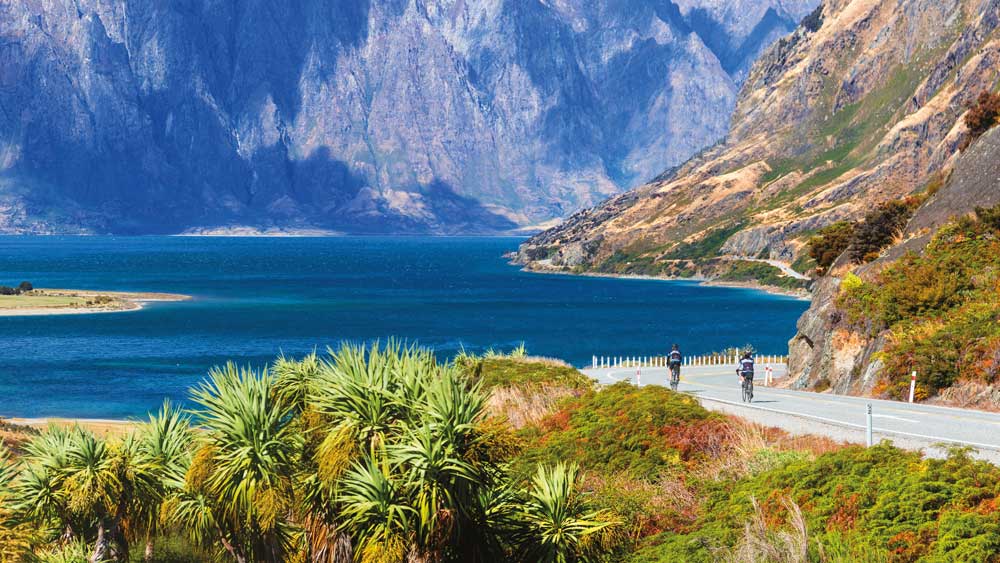 New Zealand is believed to be one of the last places on Earth to be inhabited by humans--the Māori people arrived (likely from Polynesia) sometime between 800 and 1200 AD. For this reason, the sense of discovering a new world, pristine and wild, is still palpable here. This is particularly noticeable on the South Island, larger in size than its northern neighbor but with far fewer people. With a landmass 32 percent larger than the North Island, the South Island is nicknamed the "mainland" of New Zealand even though only 23 percent of the country's 4.9 million inhabitants live there. However, New Zealand boasts a sheep population 30 million strong! It's no surprise that it's a running joke that there are more sheep living in New Zealand than people. Having been there myself, I can say that it's absolutely true! 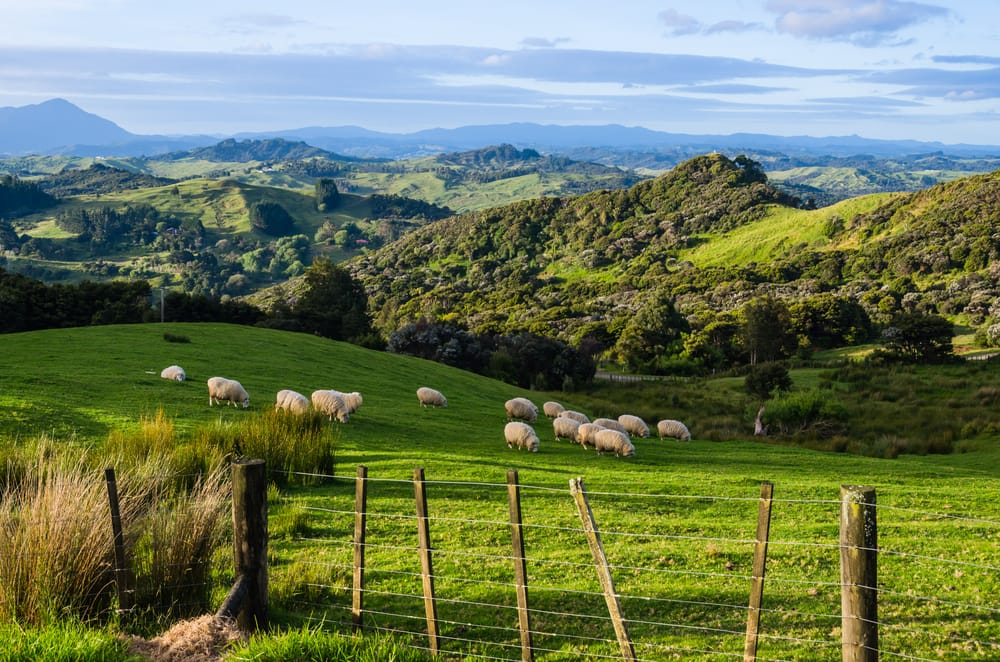 The wilderness lodges at Arthur's Pass and Lake Moeraki allow you to deeply experience the remoteness and grandeur of this incredible island in two very different and quite unique locations. The lodge at Arthur's Pass, located halfway between Christchurch and the South Island's West Coast, resides in the magnificent Arthur's Pass National Park in the heart of the Southern Alps mountain range. The lodge at Lake Moeraki, a five-and-a-half-hour drive from Arthur's Pass, resides in the wet and wild West Coast region of the South Island, amid the rain forests sandwiched between the Southern Alps and the Tasman Sea. Each locale invites you to intimately commune with the flora and fauna specific to the rich microcosms that exist there.

The lodges were established by Dr. Gerry McSweeney and his wife, Anne Saunders, in the late 1980s & 90s. Their backgrounds in conservation and education led them to start a Forest and Bird campaign that resulted in official protection of the West Coast rain forests from logging. The couple saw tourism as a sustainable alternative that could support local communities while still protecting the native forests. And it is this initiative that ultimately led to the creation of the 2.7 million hectare Te Wahipounamu World Heritage Area in 1990 - a park that covers 10 percent of New Zealand's landmass. Taken from the Māori word for "Place of Greenstone," the park is home to ancient forests with Jurassic era tree species as well as endemic bird species such as the kea, the world's only alpine parrot. 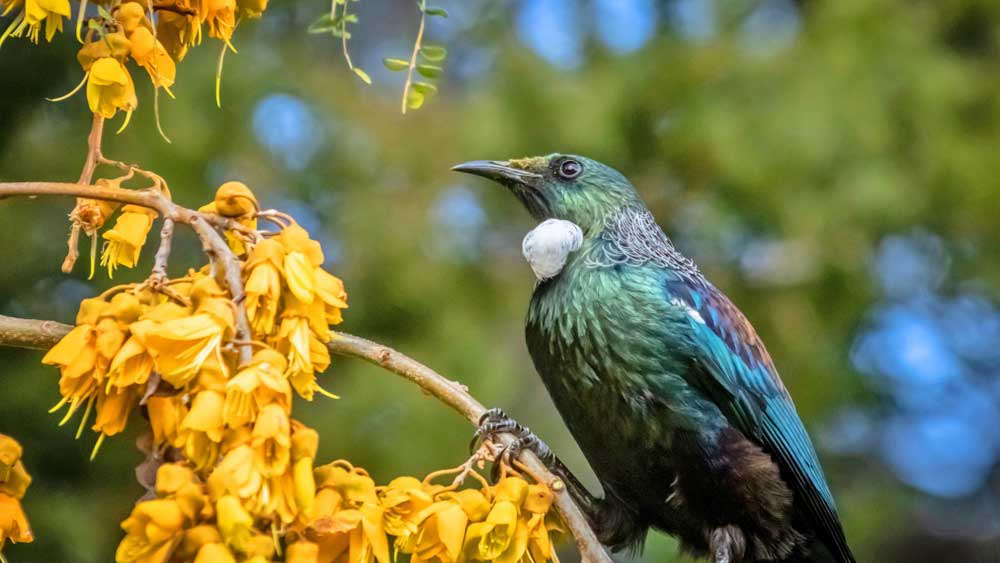 Both lodges are family-run - Gerry and Anne personally welcome you at Lake Moeraki while their son, Michael, greets you at Arthur's Pass. The lodges are operated with a strong sense of community, which you can feel in the common areas. With inviting couches, a library of books relevant to the area and fresh-baked cookies next to the tea and coffee service, these are the best places to get cozy. Large picture windows frame the stunning landscape of each locale - the surrounding mountains where we hike when we visit Arthur's Pass and the calm waters of Lake Moeraki, where you can kayak anytime you like. 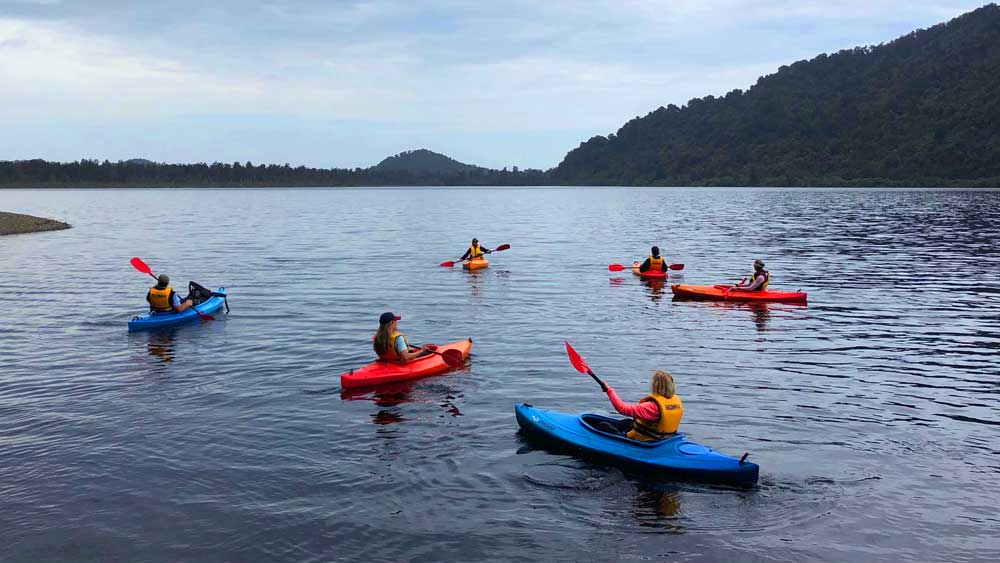 Guests are encouraged to take part in the conviviality over dinner as everyone is invited to dine together at one seating each evening to indulge in the freshest, local fare. Fish caught in the neighboring Tasman Sea are featured as are the free-range meats for which New Zealand is known. The Lodge at Arthur's Pass is located on a 4,000-acre high-country property, home to 3,000 sheep and 120 Angus cattle (plus pigs and chickens) - it doesn't get much fresher than that! And of course, no meal is complete without a house-made sweet - the menu often features the local favorite, the pavlova, which is a meringue filled with fresh fruit and cream. In my opinion, the best way to digest your outstanding meal is to join the guided evening star walk. On an isolated island, far from cities, the sky is dark and the stars are bright - you can see the Milky Way, Magellanic Clouds and the Southern Cross constellation (which is only visible in the Southern Hemisphere). 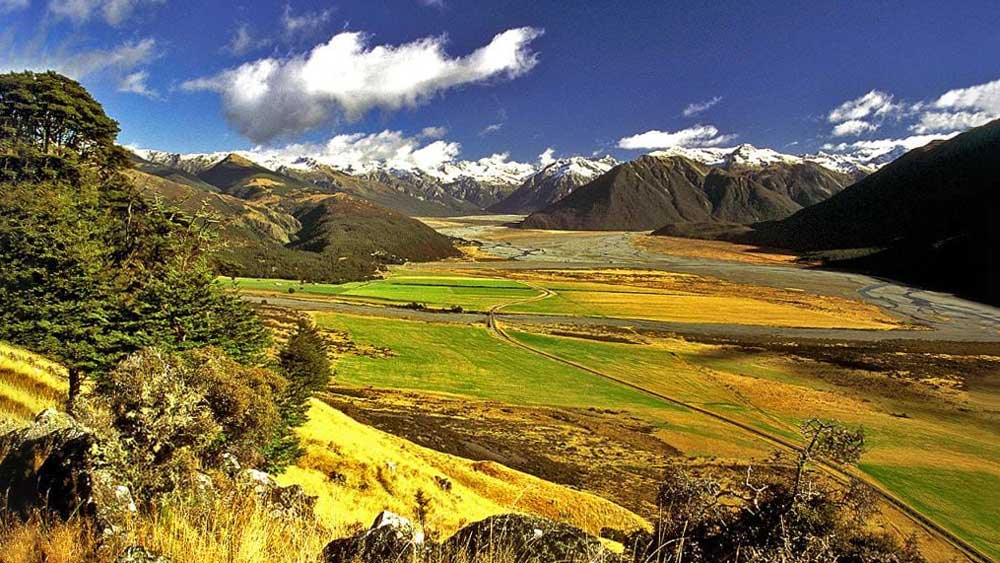 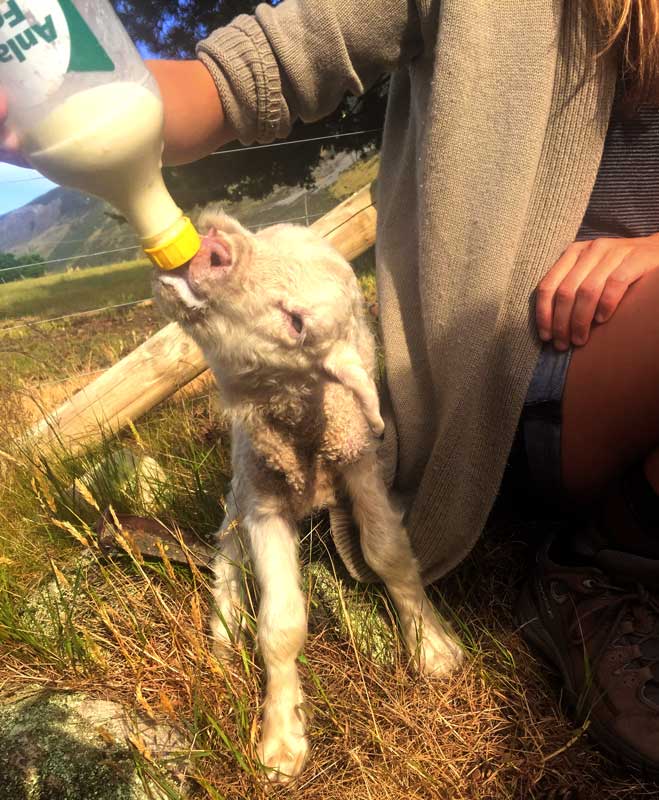 At Arthur's Pass, we have the opportunity to take a farm tour and meet the resident shepherd and his sheep-dogs and see them in action. We learn about the merino wool sheep and even get to see one as it is being shorn. A visit in the springtime even allows for a chance to bottle-feed a lamb! The flocks happily graze the enormous property and this gives the jaw-dropping scenery an even more idyllic feeling. My personal favorite thing to do at the lodge is to take a solo walk or jog on one of the many nature trails that lead through ancient beech forests, grazing areas, and past the braided river valley of the stunning Waimakariri River. 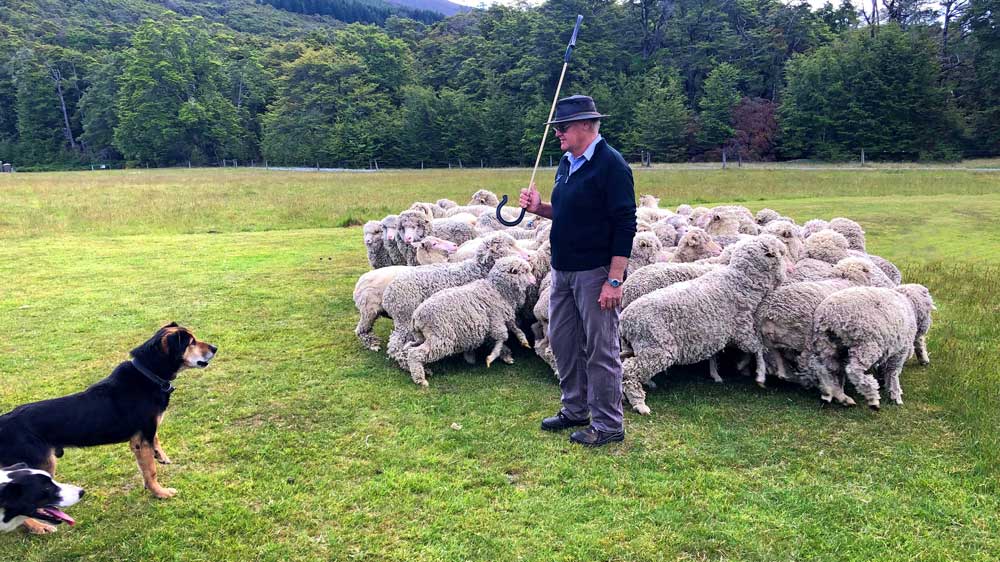 Lake Moeraki has its own special magic, which is perhaps most notable as you wake up to a melodic symphony of song birds. The incredible bird species of New Zealand are reason enough to visit the country and at Lake Moeraki, you feel like you are a guest in their vibrant menagerie. A true highlight is the walk to Monro Beach. The walk feels almost otherworldly and enchanted as it is surrounded by lush flora and exotic fauna. And, if you visit the beach between July and early December, you may even have a glimpse of the rare Fiordland crested penguin! On top of that, there is even the chance to challenge yourself with a trek to the nearby native fur seal colony. 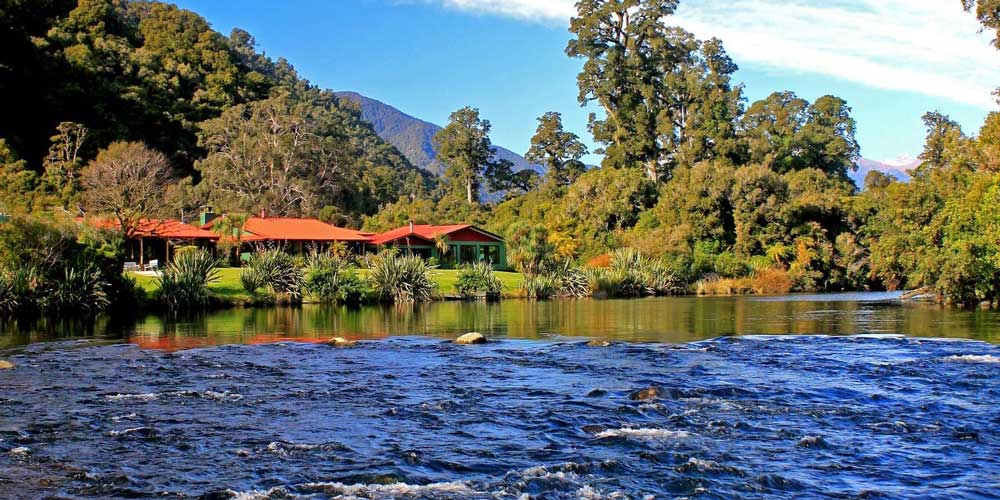 When I first met Anne and Gerry at Lake Moeraki, I asked them if they would consider adopting an adult daughter (me!) because I was so enamored with the place that I wanted to move right in. Although I haven't been adopted yet, each year when I return to lead Backroads trips, I feel the same sense of awe and wonder at the imposing mountains, the tranquil lakes and rivers, the deep and ancient forests and the idyllic flocks grazing the expanses of green. I cherish each day and night at these wilderness lodges as I commune with nature and with my fellow nature lovers. And I count every one of those lucky stars so visible in New Zealand's night sky. 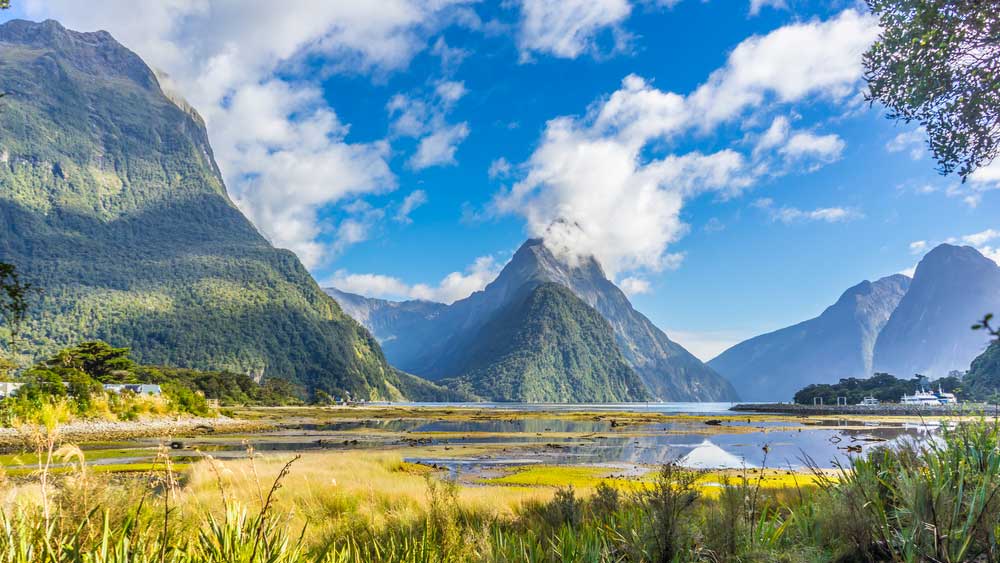