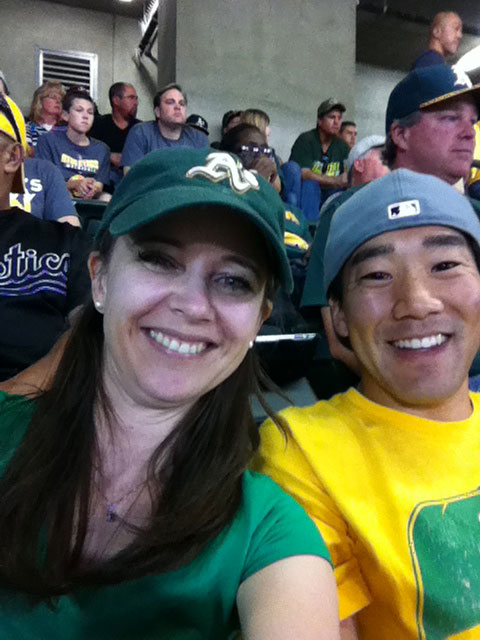 Me and fellow Backroads co-worker Kevin at an A's game

As a die-hard fan and season ticket holder for the Oakland A's, I can usually be found in the bleachers behind our star left fielder Yoenis Cespedes, who defected from Cuba in 2011. I'm a big geek when it comes to baseball, and this was just one of many reasons I booked a Backroads trip to Cuba. Before I knew it, I was on my way to visit Cespedes' homeland. 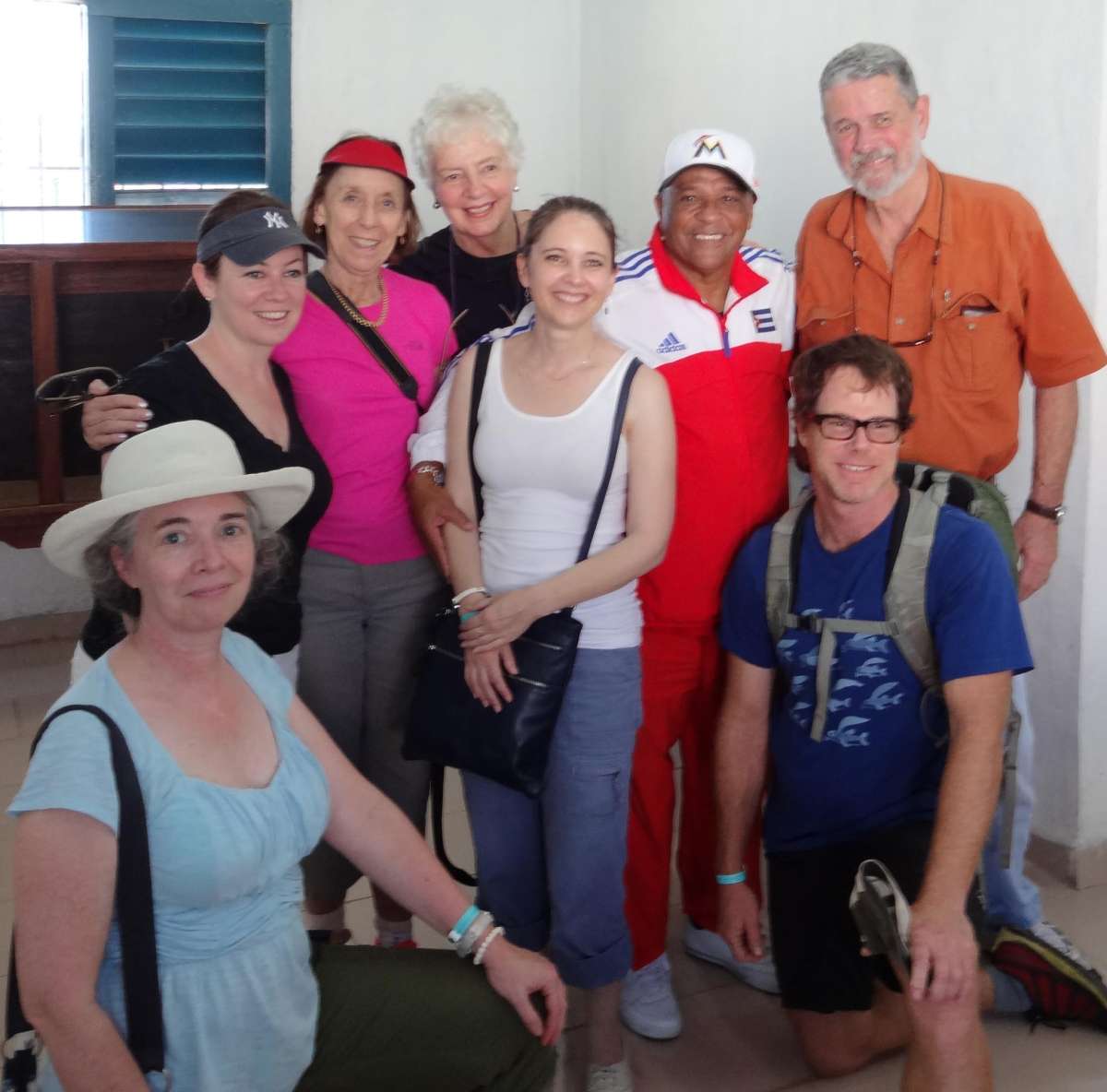 I was pretty excited to visit the Palmar de Junco ballpark, where the first official game of Cuban baseball was played. I even got to chat with some up-and-coming players and meet Rigoberto Rosique, one of the famous "Three Musketeers." (I'm pretty sure I asked 90% of our group's questions on our visit!) While the ballpark experience was amazing, my absolute favorite memory of the trip involved Eider, our wonderful and mischievous bus driver, and our shared love of the game. Leaving the ballpark, Eider drove us back to the hotel to get ready for dinner. My friend and I flipped on the TV to see what Cuban television was like. Much to my delight, the 53rd National Baseball Series was on. Not knowing anything about either team, I rooted for Las Tunas because their name was funny to me and the other team, the Industriales, looked too much like the Dodgers for my taste. It was a good matchup and, after going into extra innings, my newly adopted Las Tunas won! Knowing fan loyalties run deep in Cuba, I cautioned my friend not to say which team I'd cheered on. Unfortunately, not being a sports fan, she didn't realize that I was serious. As we met up with the group she announced that "my team" had won. I immediately looked to Eider, who by now had become a friend, to gauge his reaction. It was clear I'd chosen the wrong team. 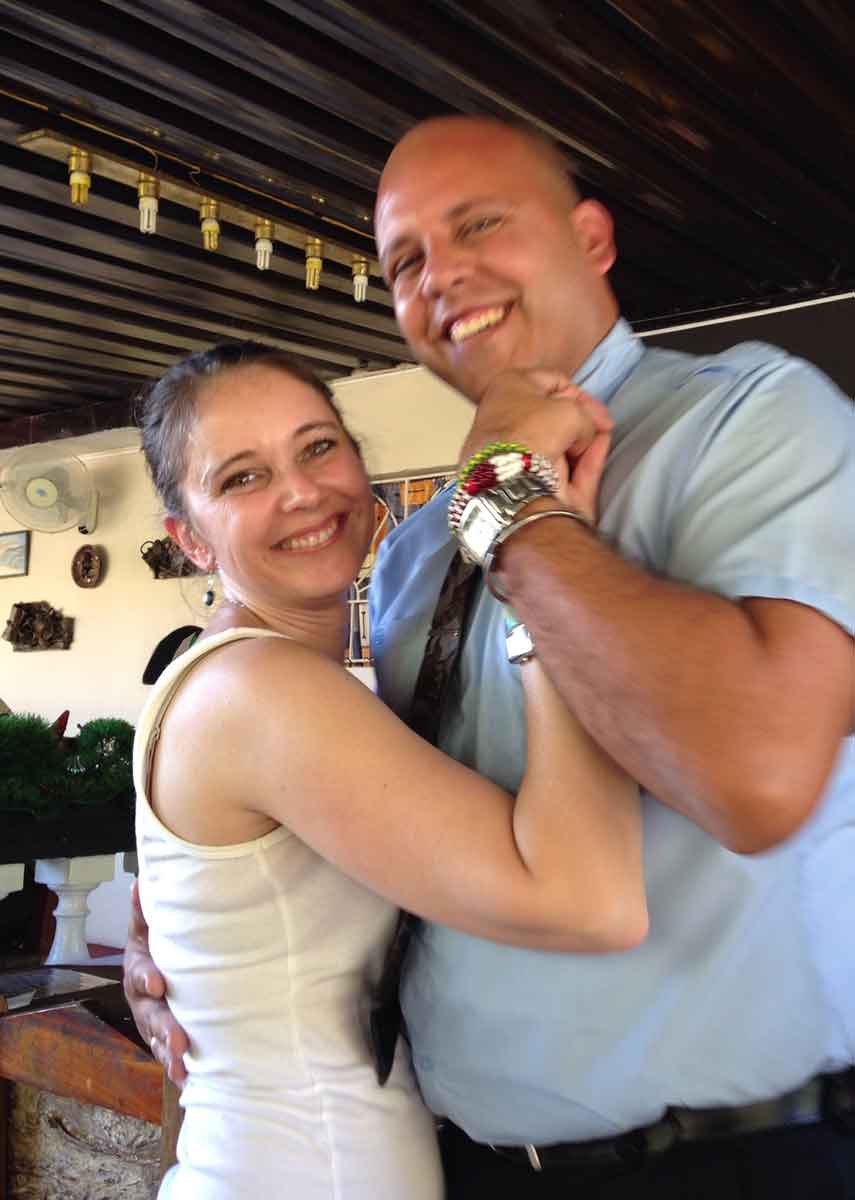 With a sparkle in his eye, he pointed at me and then moved his fingers in a scissor motion indicating that I'd be walking the rest of the trip. While the group got a good laugh, I was forced to plead my case..."I didn't know any better" and "really, who could resist rooting for a team called Las Tunas wearing bright green and red uniforms?" Then "Mea culpa. Mea culpa." He smiled and nodded but I knew I wasn't completely off the hook yet. After that, every now and then an impish grin would cross Eider's face and he'd point at me and I'd dutifully yell "Go Industriales!" At dinner a few nights later I joked that if he wanted to enjoy a beer, I'd be happy to drive us all back to the hotel. His response was to laugh and throw me the keys. With that, I knew I'd earned back my seat. While I never did drive the bus, I got a picture of me sitting in the driver's seat. And as we disembarked for the last time, I smiled and cheered "Go Industriales!" and Eider cheered "Go Oakland Athletics!" It's my favorite memory of Cuba.