Located in the north-west corner of Italy, surrounded by the frosted great Alps, Torino has a great cultural and historical heritage that dates back to the Romans. It was founded in 28 B.C., initially as a camp, and then as a colony, as testified by the very well preserved entrance door to town, Porta Palatina. You can tell that the whole urban structure is inherited from a Roman camp because of the typical grid-shaped network of streets, all built parallel to the ancient Cardo and Decumano. Torino is also the city where the Savoia family was residing and governing when Italy as a country was formed under the Kingdom of Italy in 1861; it was also the first capital city of Italy when it eventually became a republic. Torino is a place where 2,000 years of history intertwine: while walking in town you will come across some beautiful Baroque buildings and you will find Roman ruins just sitting by. I always find it surprising, exciting and astonishing when I think about all the stories of each and all the individuals who stood where I am standing, looking at miracles of art and architecture. Torino is a city perfect for walking: the city center is not spread out, so you won't need to take trains or buses to see the town center. The keyword for each place in Italy is "no rush." In Italian we say non c'è fretta. With this as your mantra, you will discover the beauty of a city not as valued as it should be but with so much to offer.

In this post, I am going to walk you through town, showing you what I like the best about the city I was born and grew up in.

Our Piedmont Biking Trip ends in front of Porta Nuova railway station, but this doesn't mean you should leave straight away! Store your luggage in one of the hotels situated nearby the central station, wear some comfortable shoes and get ready to immerse yourself in a city of culture, art, style, technology and food! The piazza where Porta Nuova is situated is the first of many spacious squares you will see, connected to one another by endless porticoes and intercepted by elegant cafes where I recommend you to stop and sit, especially during summertime when nice tables are outside. 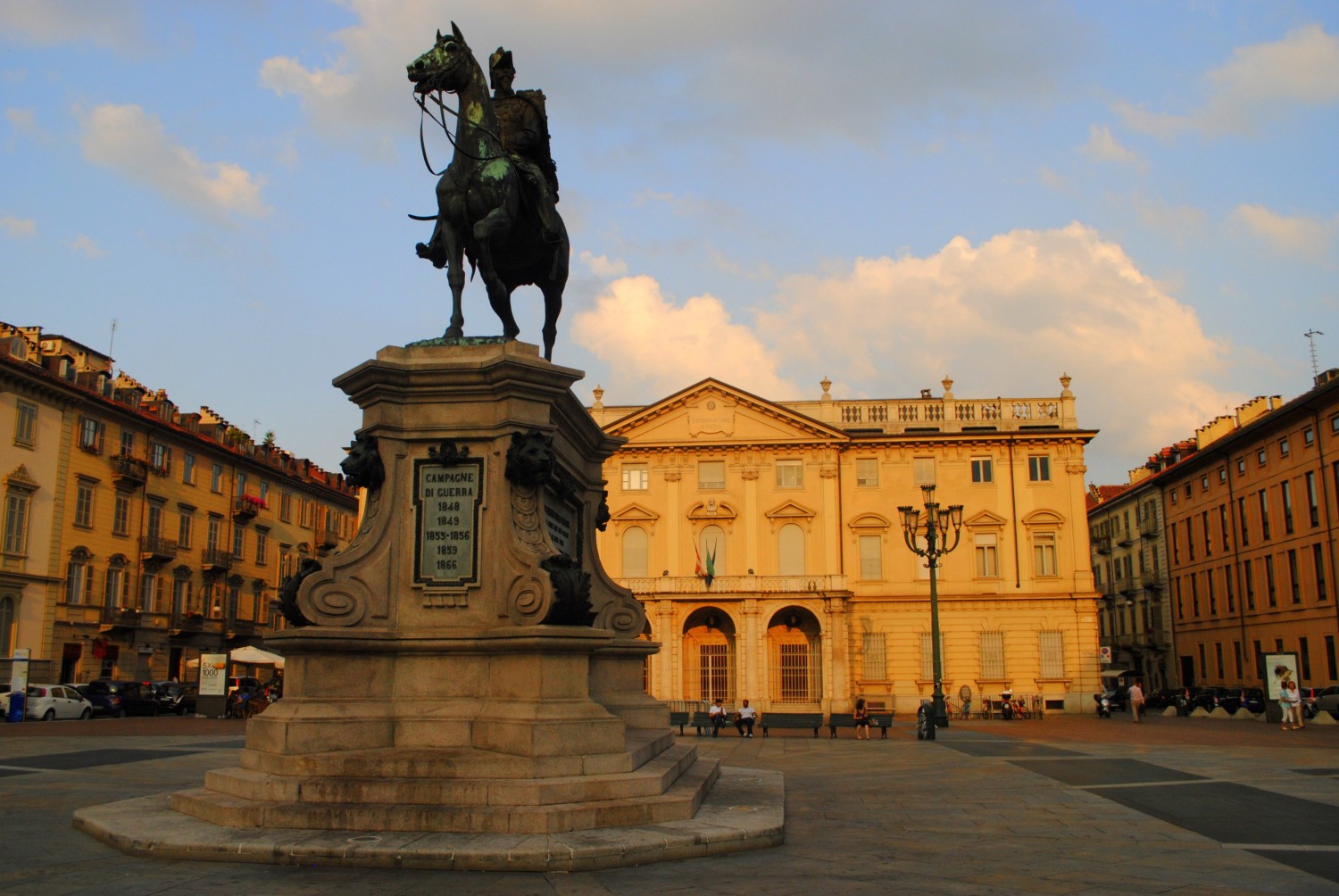 The central piazza of town is Piazza Castello, and that's where you can see the royal palace where the Savoia family once lived, and Palazzo Madama, partially built on a medieval fortress. If you are passionate about royal residences, you cannot miss the majestic Palazzo Reale apartments, where the Savoia used to live, with opulent furniture and very well preserved frescoes. All around town you will see many other places where they used to stay, depending on the time of the year: Castello del Valentino, now converted into the Faculty of Architecture; the Palazzina di Caccia di Stupinigi, once a hunting lodge; Castello di Rivoli, now an important contemporary art museum; and Reggia di Venaria, a smaller but equally charming version of the French Versailles. December is the time of year when all the downtown streets around Piazza Castello are lit up by original Christmas lights. The event is called luci d'artista (artists' lights) when artists are called to design the lighting of a street. What's really original about these Christmas lights is that each one is designed especially to fit--in the artist's perspective--the street or piazza where it is placed. There are so many that I cannot list them all: one of my favorites is in Piazza Carignano, just in front the first Italian Chamber of Deputies; it's a clock but it's formed by lines and circles and the spectator should find ways to read what the time is and try to read the artist's mind in designing that artwork. Another one I like is on one of the most popular arcaded shopping streets in town, via Roma. Here the lights form the constellations of many galaxies. There are many other interesting lights: a full story, told in verses equally spaced each 20 meters, of a child entering a silent forest that, thanks to him, wakes up to life for Christmas. Or the one placed in Piazza Palazzo di Città, the piazza where the city hall is located; it is a sequence of small cubes, with red and blue monochromatic faces that, thanks to the perspective, emphasizes the effect of a ceiling above the visitor's head. When I see people working in streets to set up those lights, I really start feeling the Christmas atmosphere. The symbol of the city is called Mole Antonelliana; it's a 167 meter high tower and it started being built in 1863 to host the synagogue. It was never used for such purposes, though, and now it hosts the National Museum of Cinema, one of the not-to-be-missed highlights in town, both for its contents and for the impressive structure hosting it. You can take the elevator that will bring you to the top of the tower passing by the main hall of the film museum: from up there you have a wonderful view of the hills surrounding the town on the western side, and of the Alps all around. Another important museum within the town center is the Egyptian Museum; recently restored, it's the largest collection of Egyptian cultural heritage in the world outside of Egypt. It is impressive to walk among pieces of humankind history, stunning artworks and true masterpieces of engineering at its embryonic state dating back up 5,000 years ago! Are you passionate about cars? Torino is the town of automobile, where the Agnelli family built their automobile empire. It's the place where Fiat was established and where it is still headquartered. I am not passionate about cars to be honest, but I think that maybe because of that I enjoyed my visit there twice as much, and now, every time I have somebody visiting, I always take them there because it's really worth it; it's not only well structured and stunningly designed; it's entertaining, engaging, interactive, surprising, fascinating and thrilling! 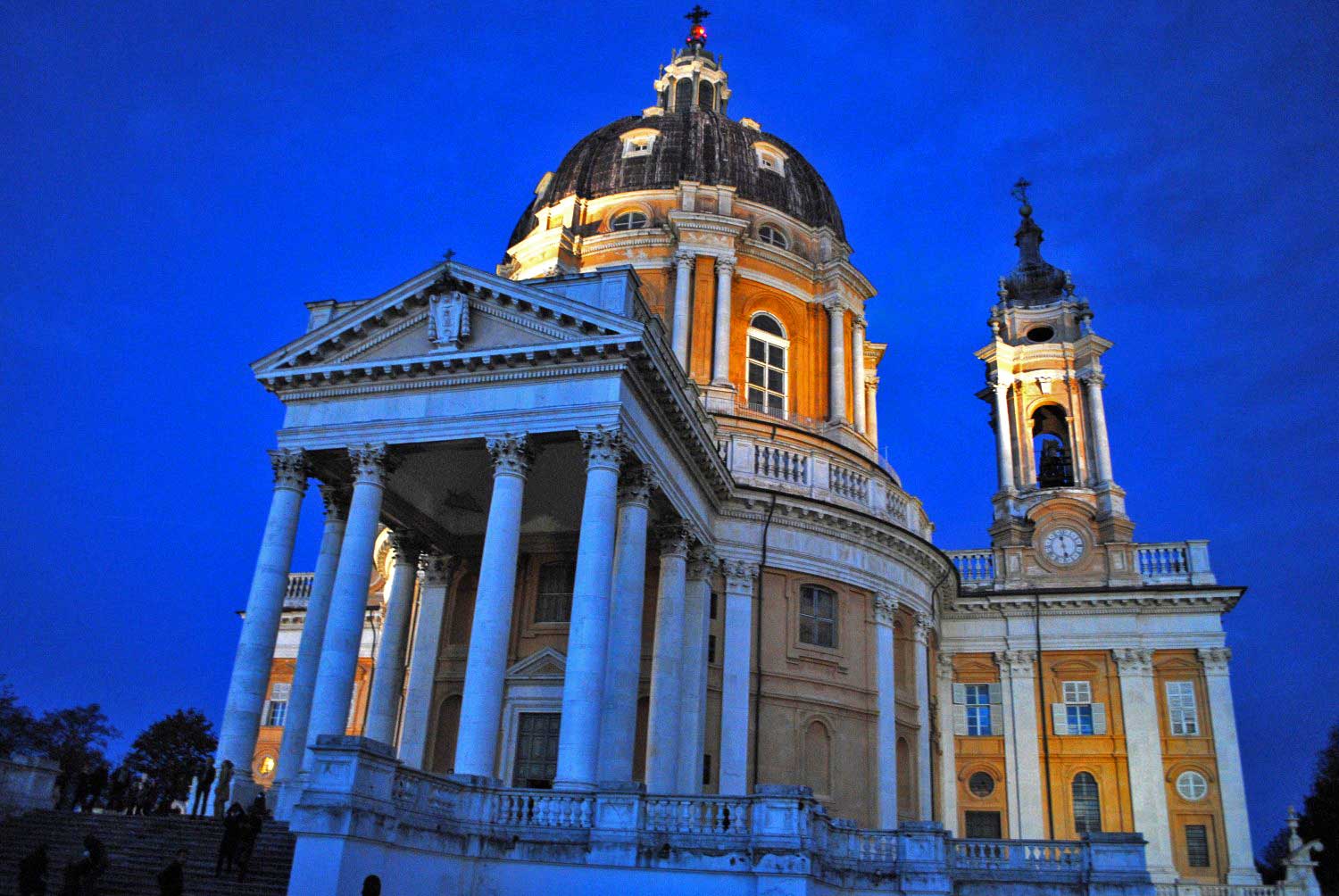 The Automobile Museum is not located in the town center, so you need to take the underground to reach it (you have to get off at Lingotto Station). While you are there, you might want to also see the very first Eataly in the world. You don't know what Eataly is?!?! Shame on you! The one in Torino is the first among all the Eataly Slow Food supermarkets now opening all over the world. Slow Food is a movement that started in the late 80s in response to the growing success of fast food restaurants such as McDonald's (yes, they got here pretty late!) and it was and is still aimed at offering good quality food that's seasonal and not shipped from anywhere; it's the so-called km0 food, coming right from around the corner ideally. Eataly's slogan is "Italy is Eataly" and I have to say I agree with that: food is such a great part of our culture that it makes the game of words brilliantly work. You can buy nice and tasty souvenirs there and also have an informal lunch; there are several ristorantini within the supermarket where you can eat good quality food excellently prepared for you by professional chefs and you'll find a ristorantino for each whim: pasta and pizza, seafood, meat, vegetables, cheese and cured goods. Cinema, views, food, culture, arts, history, Torino is all of that. But it is also chocolate! Oh yeah! It's the Italian capital city of chocolate, with a ten-day-long chocolate fair taking place in the central piazzas of town. During the fair, the special guest is gianduja: a chocolate paste with a strong taste of hazelnuts from which the famous Nutella chocolate originated. Want to know more about gianduja chocolate and Nutella? Stay tuned! I am planning to tell you all of this in an upcoming post. In the meantime, book a stay here in Torino, and you will fall in love with the city I call home.