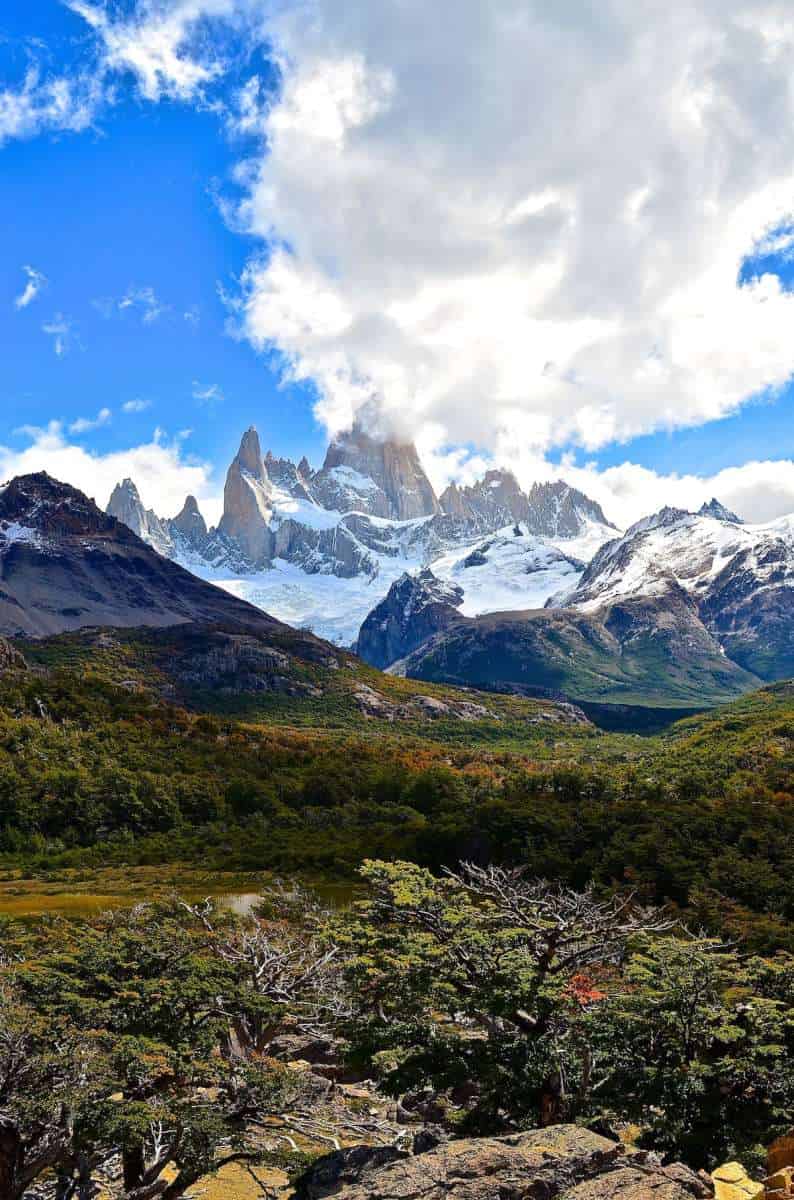 Perhaps you find yourself in El Calafate, Argentina, home of the mesmerizing Perito Moreno Glacier, having just finished an amazing Backroads trip--this one a walking trip throughout some of the most visually arresting landscapes on earth. This is Patagonia and you're in no hurry to return home. Fortunately, being the savvy traveler that you are, you've anticipated this moment and scheduled some extra time to travel independently. Perhaps you know exactly what you want to do. You want to travel to Tierra del Fuego and visit Ushuaia--the southernmost town in the world. It's a town full of travelers, and often the seminal or terminal destination for many adventures. Ushuaia is a place where you could easily be sitting at a bar next to a climatologist (or dish washer) who has just returned from a four-month stint in Antarctica. Or perhaps a cyclist who just completed a two-year bicycle tour starting from the Arctic Ocean at Prudhoe Bay, Alaska. Or a family from the United States who chose a non-traditional education for their children and have taken to the road indefinitely. You've come because you just want to be able to say that you've been there--and why not? Not many people can say they've been to "el fin del mundo." The end of the world. And, of course, you want to see the penguins. But this is a vacation, and you just spent the last eight days trekking your legs off, so perhaps now is the time to really relax and indulge. Now is your opportunity to sample more of those delicious facturas--small, delectable pastries topped with fruit, chocolate or dulce de leche (a rich, creamy, caramel-like filling), or filled with dulce de membrillo (a tart, fruity, jam-like filling)--that your Backroads leaders introduced you to last week at one of Argentina's myriad panaderías (bakeries). Several times one of them recommended a panadería in a tiny town just north of Ushuaia and mentioned that most tourist buses stop there to allow passengers a chance to refuel on the journey from El Calafate to Ushuaia. What was the name of the place again? Panadería La Uníon in Tolhuin, Tierra del Fuego. A magical oasis in the midst of a vast, windswept, sparsely populated landscape. Part tourist center. Part museum. Part bakery. Part zoo. Panadería La Uníon is quirky, to say the least, and the constant stream of hungry travelers who frequent this establishment is a testament not only to its notoriety as the premiere bakery in Patagonia, but also to its prime location between the tourist destinations of El Calafate and Ushuaia, a barren stretch of road with limited options for dining. 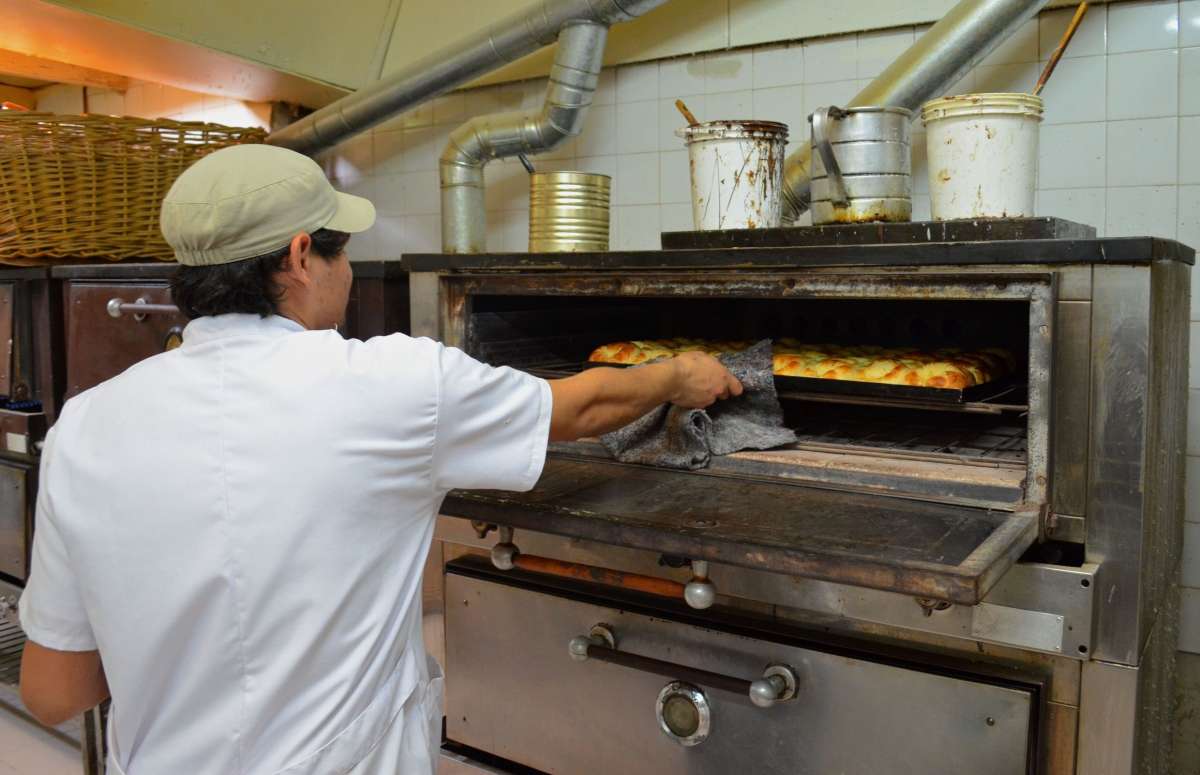 Outside, the bakery is quite unpretentious, with "Panaderia La Uníon" painted in big block letters at the top of the simple, white two-story building. Don't be surprised to see one or two touring bicycles leaning against the building while the riders are inside refueling on much-needed calories. Inside, the decor is eccentric. In addition to the multiple chilled glass cases showcasing delicious chocolate, lemon and Calafate berry pies, the walls are plastered in photographs of celebrities, most of them Argentine, who have visited the bakery over the years. Television screens throughout the dining area tout the myriad natural wonders that draw travelers to Patagonia. The menu has a heavy emphasis on comfort food, which is fitting given the harsh weather often encountered in this part of the globe. Argentina is a country known for its beef, and they don't shy away from it at La Uníon. Heaping plates of roasted meat and vegetables are always being delivered to tables of hungry customers. 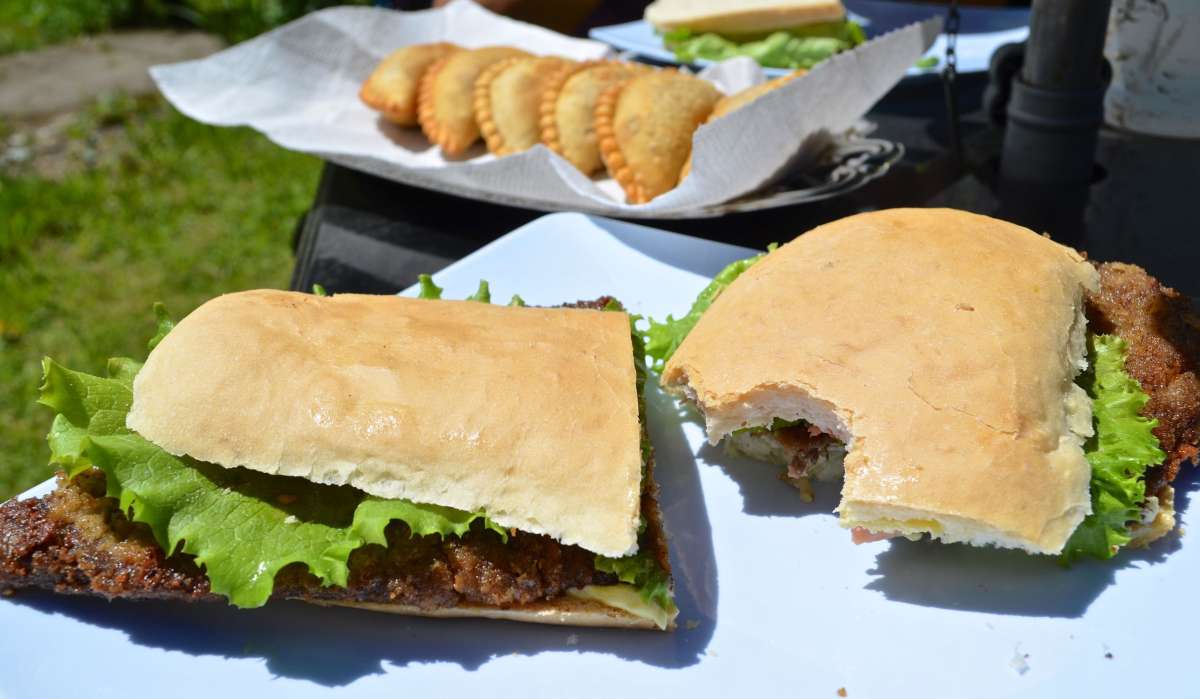 If you just want to grab a quick snack, try a bag of chipás, a common breakfast and snack food throughout much South America. These buttery baked balls of dough and cheese are absolutely amazing--the deceptively simple recipe has been perfected by the same old women who stuff the empanadas by hand. If you have a hearty appetite and are craving something savory, opt for a few of the empanadas. The jamón y queso empanada del horno (ham and cheese baked empanada) is my favorite, though the veggie and cheese is also delightful. For an entrée, go for the massive pollo milanesa, a breaded chicken sandwich common to much of Latin America. ¡Es muy delicioso! Though the meals are delicious, the real treat is the innumerable delectable confectionary offerings. Heaping piles of facturas in seemingly endless flavor combinations. Cookies of different shapes and sizes. Homemade fudge. Churros fresh out of the fryer. Various assortments of warm, golden-brown, baked breads. Myriad homemade mini-pies with varying fillings. And the best alfajores in Argentina (imagine dulce de leche sandwiched between two cookies, topped with powdered sugar). There is a terrific energy about this place, whether from the excitement of children anxiously awaiting a piece of homemade fudge or from travelers still reeling from the beauty of Perito Moreno Glacier. The beaming smiles of the workers seem to be contagious, spreading to everyone who comes from the blustery cold into the warm, aromatic embrace of Panadería La Uníon. If ever you find yourself traveling the barren expanse known as Tierra del Fuego, please do yourself a favor and pop in Panaderia La Uníon in Tolhuin, Argentina. This hospitable resting spot near the edge of the world is an oasis for hungry travelers in one of the most extreme landscapes on earth. 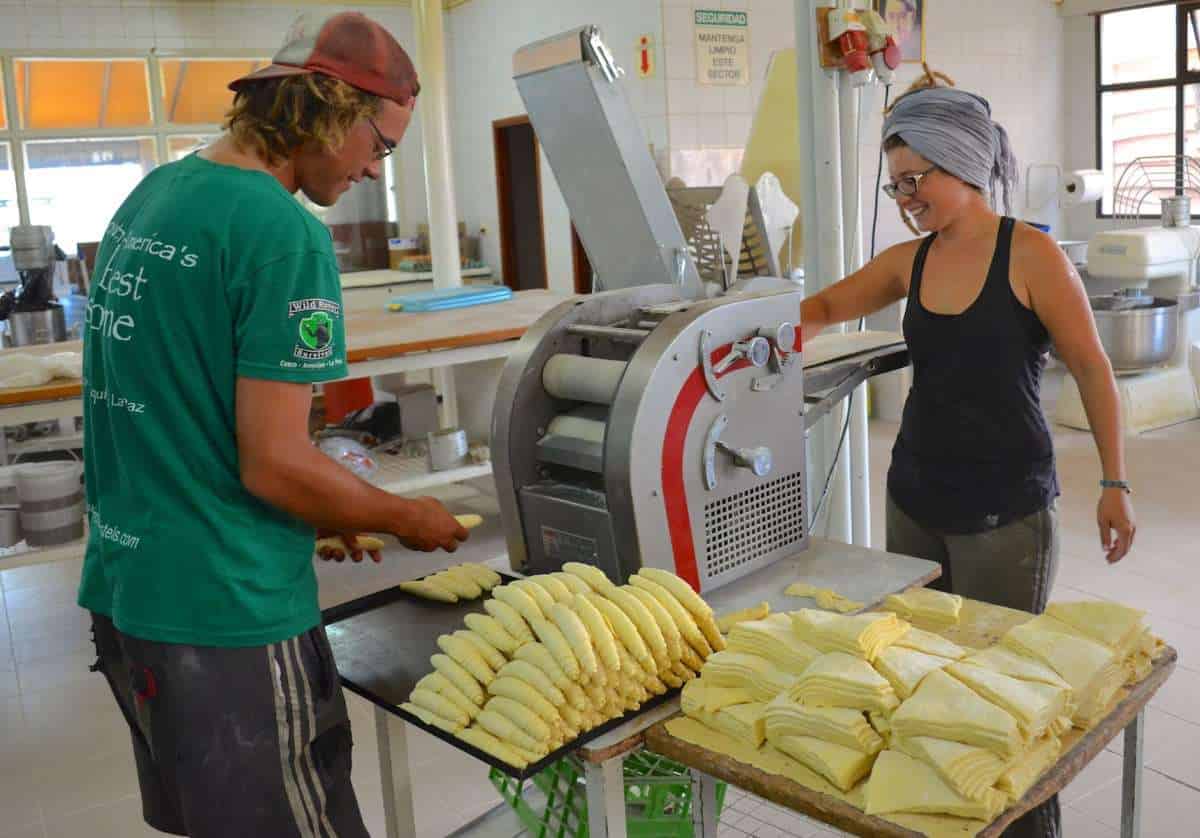 Great article Austin! Your description of food makes me salivate. You should of mentioned Austin's Famous Quesadillas over an open fire.
Top