The Mysteries of Machu Picchu 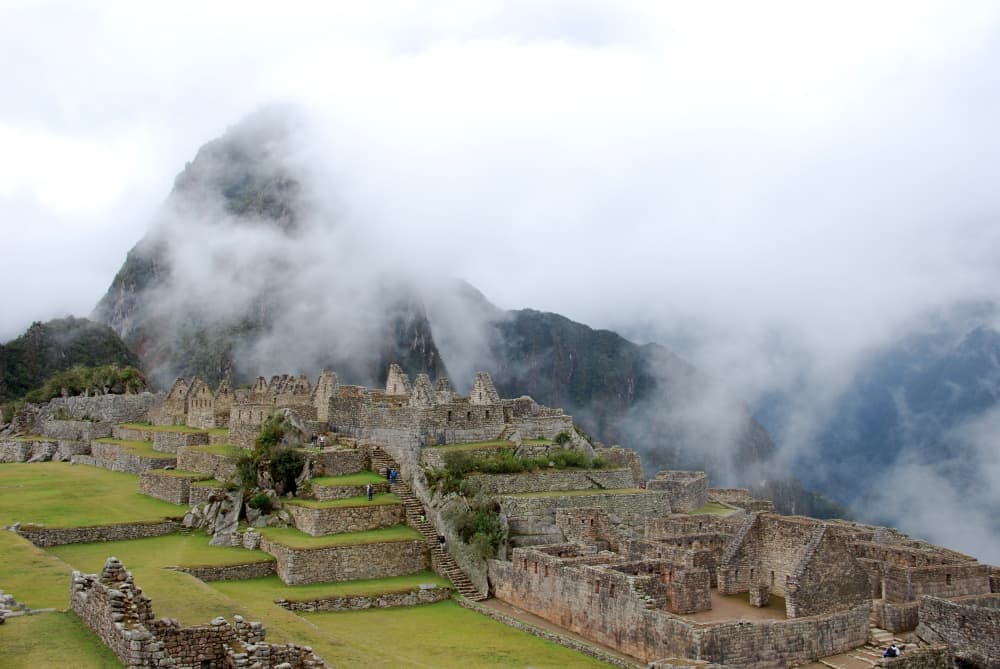 When you see its ancient ramparts rising out of the early morning mist, it's hard to deny that Machu Picchu is a truly grand feat of engineering and design. But why was such an impressive structure abandoned? War? Disease? Divine intervention? Read on to learn more about one of the greatest archaeological mysteries in human history, as well as how to explore it on your next visit to Peru! 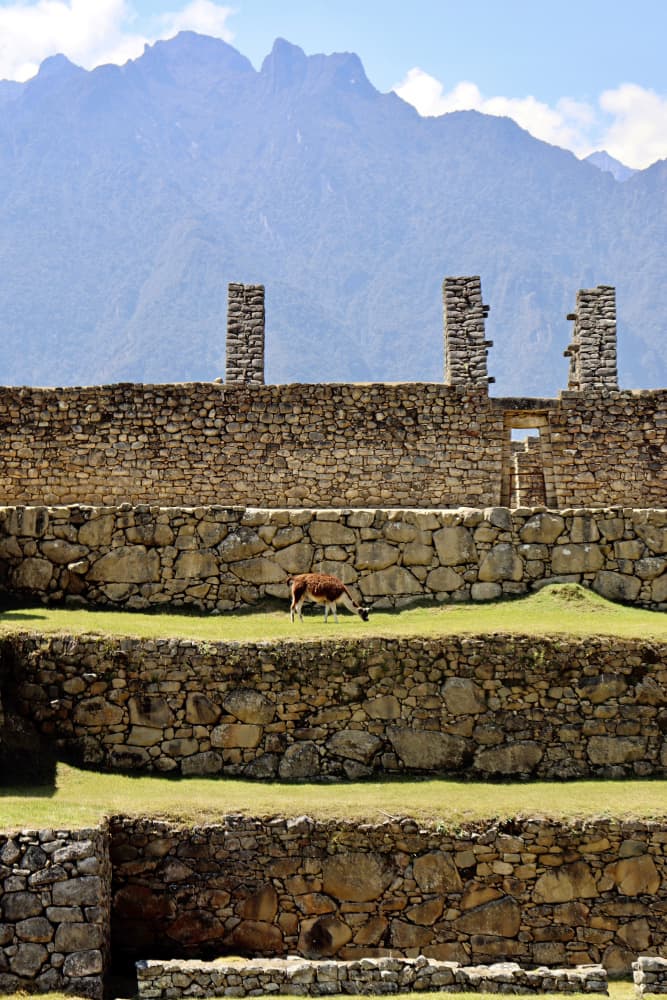 Most modern historians agree that Peru's most-visited UNESCO World Heritage Site, Machu Picchu, was built by the great statesman Pachacutec, who ruled the expansive Incan empire from 1438 to 1471. A strong leader known for his territorial conquests, Pachacutec capitalized on his victory over the Chancas people to expand the Incan territory more than 2,500 miles beyond the Cusco Valley and across South America.

The archaeological marvel known as Machu Picchu, rediscovered in 1911 by explorer Hiram Bingham, was built into the eastern slopes of the Vilcanota Mountain Range, located 80 miles northwest of Cusco, the capital of the Inca empire. The site's strategic location, which includes steep cliffs on all sides and only one narrow entrance, suggests that Machu Picchu may have served as a high-altitude fortress for the Inca elite. The citadel's placement was likely chosen in part for its strategic defensive position, as it would have only required a handful of warriors to defend the refuge from attack.

That is why it is all the more mysterious that the well-placed site, occupied by at least three generations of Incas, appears to have been abandoned so suddenly. Though historians have no definitive answer, there is continued debate over the factors that led to Machu Picchu's abandonment less than 100 years after it was built. Here are five of the leading theories: 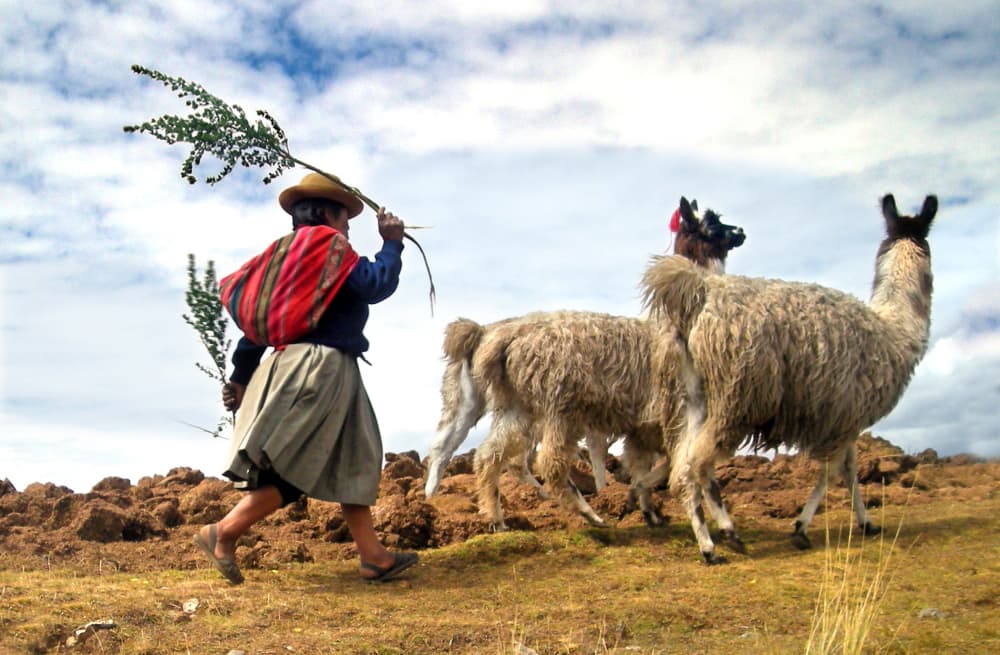 One of the strongest hypotheses for the sudden desertion of Machu Picchu relies on secrecy and time's effect on memory. Working-class citizens, who made up the bulk of Inca society, didn't know of Machu Picchu's existence or whereabouts, as knowledge of the routes leading there was prohibited for anyone who was not part of the small circle of elite Inca. When those elites left for whatever reason, no one else knew about the mountain citadel. The grand city may have simply faded from the Inca's collective memory over the years before completely vanishing into oblivion. 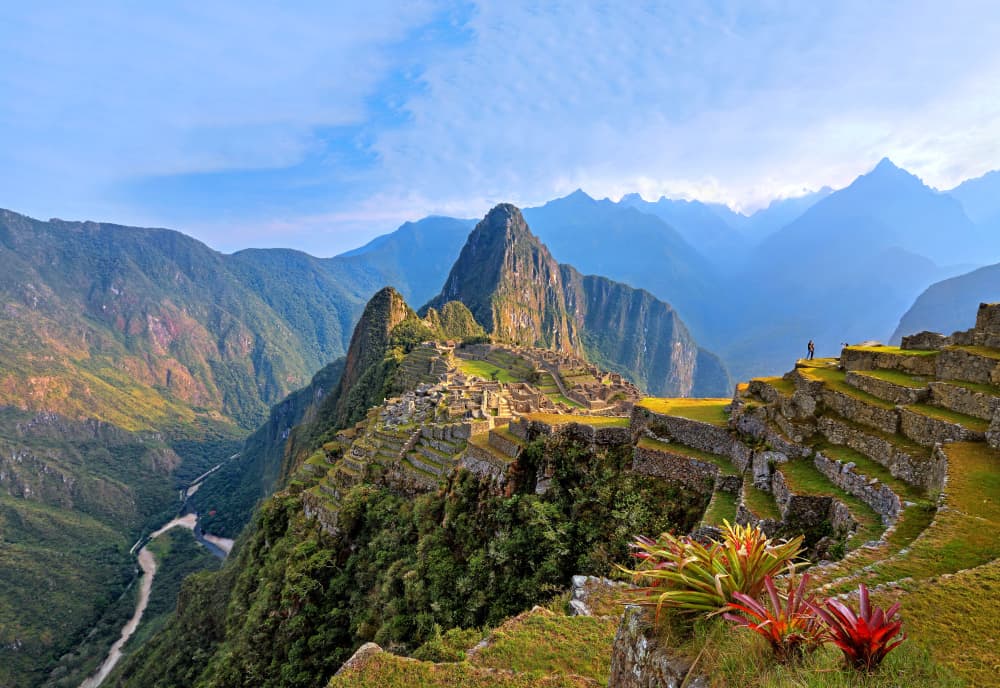 Another theory for Machu Picchu's abandonment deals with the arrival of European colonizers. Some scholars theorize that the Inca people quickly saw the writing on the wall once wars with foreign invaders began, as they realized that every man, woman and child would need to fight to protect the Inca state from imminent destruction. Machu Picchu, along with the other Inca sites in the area, may have been left behind due to a civilization-wide recruitment of able-bodied warriors by Manco Inca and his successors from 1536 to 1572. Historical evidence even shows that Instead of using Machu Picchu as a home base for their resistance to Spanish domination, these rebels sought refuge in the more remote Vilcabamba region, in the river basins of Vilcabamba, Vitcos and Pampacona-Concebidayoc. 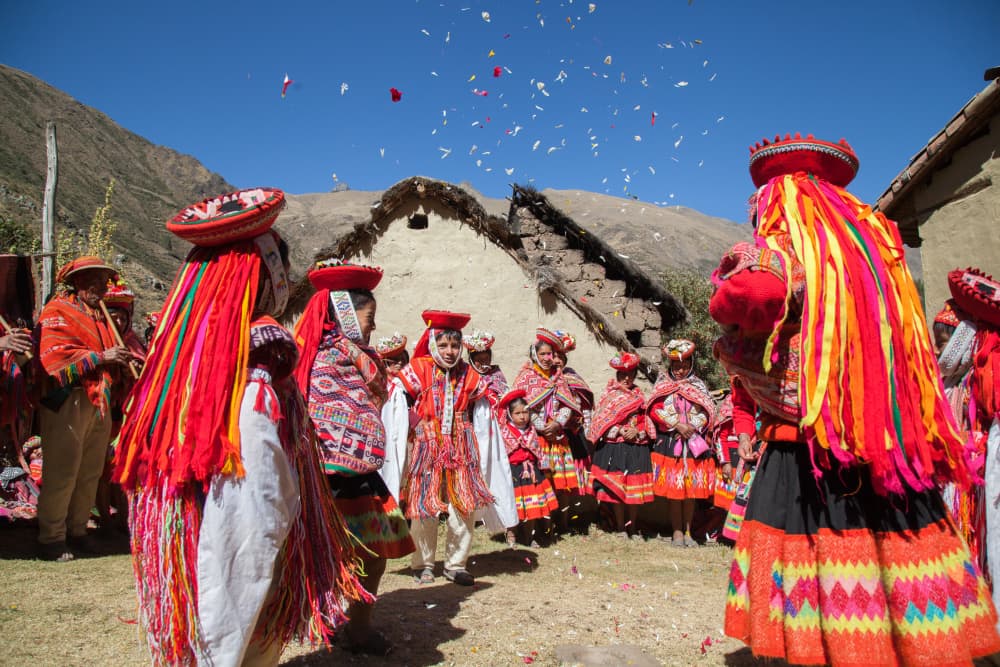 Another possible answer to the Machu Picchu mystery, also linked with the arrival of European conquistadors, is disease. Carried from Cusco by Incas trading valuable military information from one cultural hub to another, some scholars believe that a foreign-born plague may have been responsible for the decimation of Machu Picchu's population. But if this scenario is true, why were there so few (if any at all) human remains found at the Machu Picchu site?

While war and plagues seem like plausible reasons for the abandonment, some historians also consider it possible that the sudden evacuation of Machu Picchu could be linked to the death of Pachacutec, the great emperor of the Inca. This line of thinking stems from our knowledge of the ancient Inca custom of constructing a "fresh royal estate" for each new ruler. According to this theory, it's possible that the next ruler in line exercised his newly-bestowed power and moved the seat of his empire elsewhere after the death of Pachacutec. 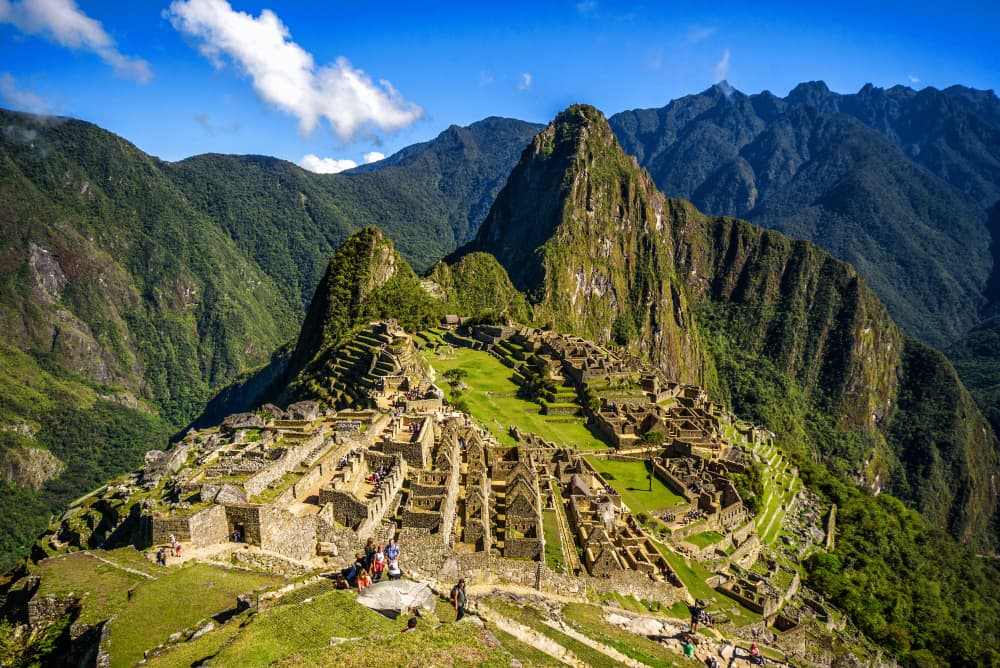 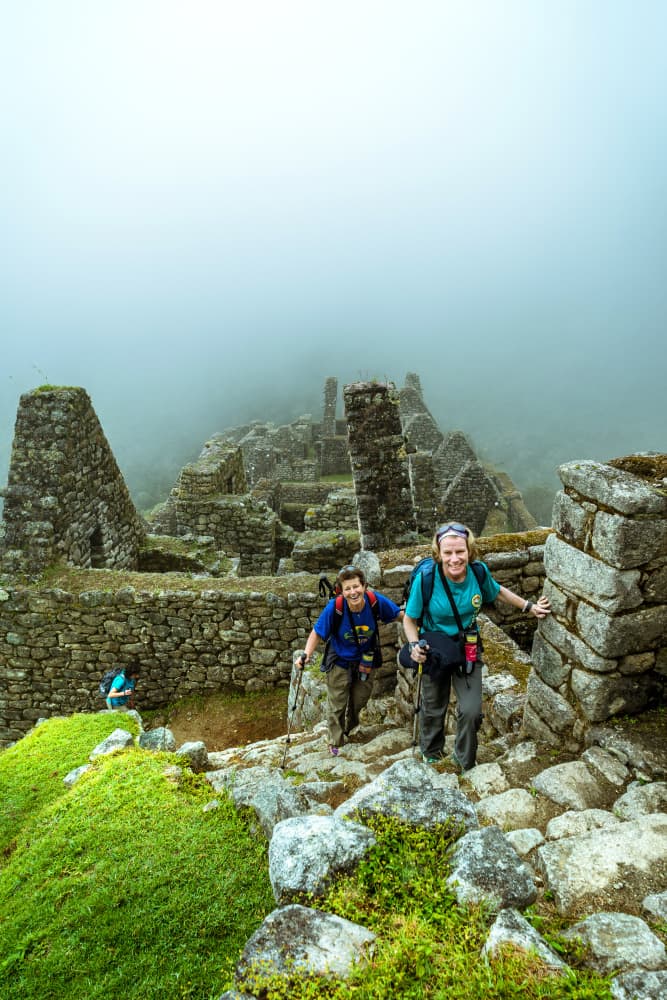 Because the Inca were a spiritual people, some historians have speculated that Machu Picchu's inhabitants came to believe that they were living on a sacred site on which no mortals were permitted to live. Archaeological evidence reveals that different parts of the site were dedicated to the various Inca Gods - Inti, God of the Sun, Viracocha, the Creator, and Killa, God of the Moon. In fact, some historians even believe that Machu Picchu was a center of refuge for the Nustas, or "Virgins of the Sun," before the Spanish arrived.

The truth about why Machu Picchu was left behind may never come to light. Fortunately, regardless of this great mystery, this wonder of the ancient world remains available for us to experience and explore while we ponder its many mysteries. And speaking of mysteries, the structures at Machu Picchu were so well built and so well aligned with numerous astrological events--including the solstices, equinoxes and many constellations--that some even speculate there may have been some extraterrestrial involvement in the great citadel's construction! But that's a whole other set of theories... 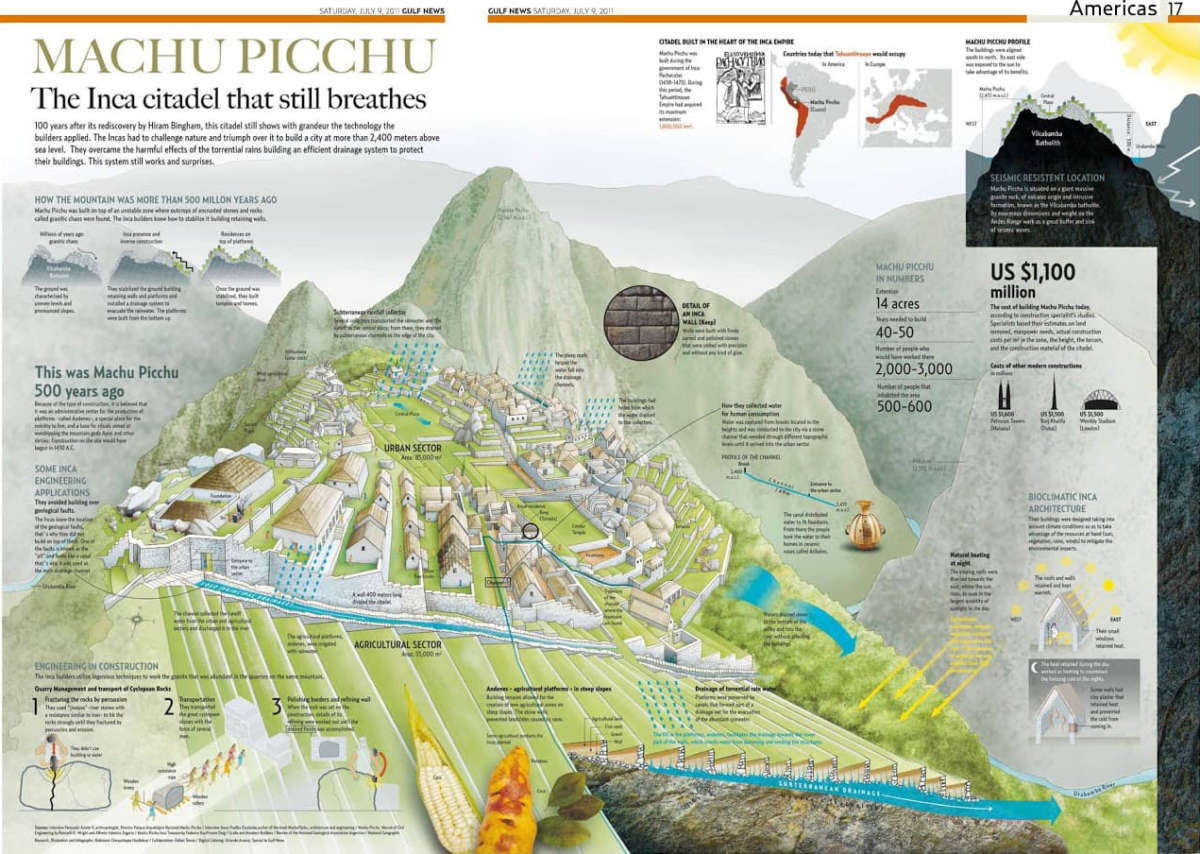 Want to see this amazing place first-hand and experience its mysteries in person? Join us today on our Backroads Trekking, Hiking or Multi-Adventure trips to Peru!